We got up bright and early for our second day at Universal, this time on the Universal Studios side (as opposed to Islands of Adventure). Because we were Universal resort guests we could go into the park early before it opened to the public, which is a nice perk. This was worth doing even with our fast passes because of how crowded it was for April vacation week.

This picture made this year's Christmas card too. 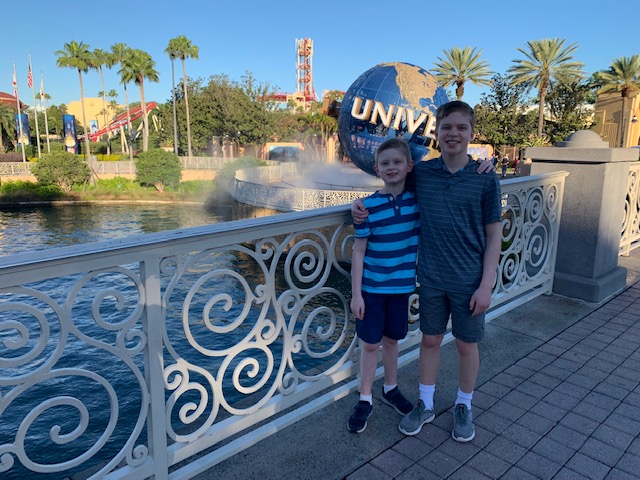 We headed straight back to Diagon Alley. It was nice to be there early before the crowds descended. We went on one of my favorite rides, Escape from Gringott's, without any wait. 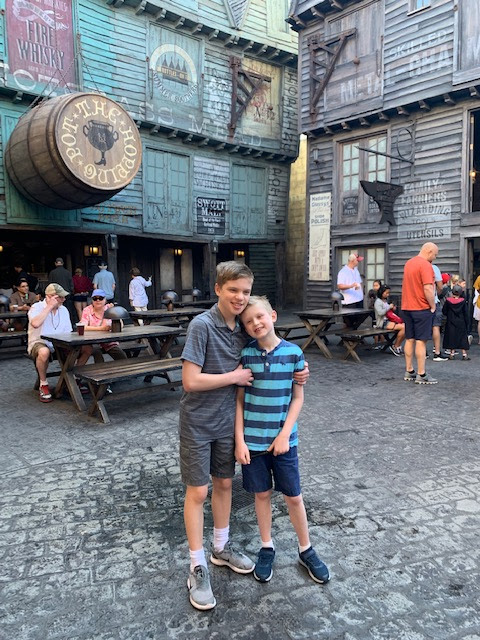 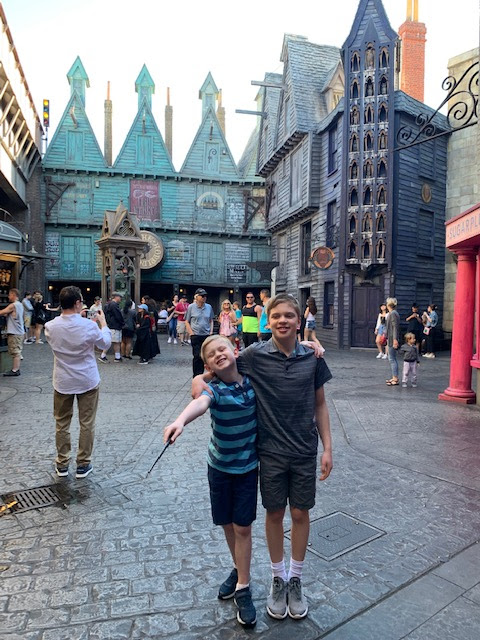 After Diagon Alley we made our way through the rest of the park for the remainder of the day. I didn't take a lot of pictures but I took some:

Snacktime during the photo opp 😆 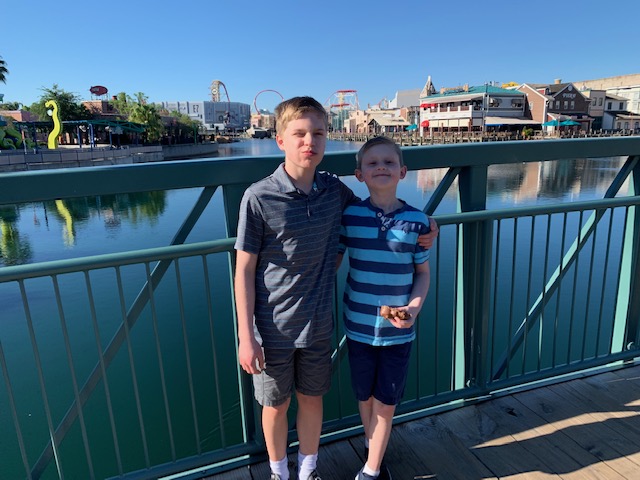 The boys got a kick out of the Simpsons merch, particularly this Sugar Daddy t-shirt. 😂 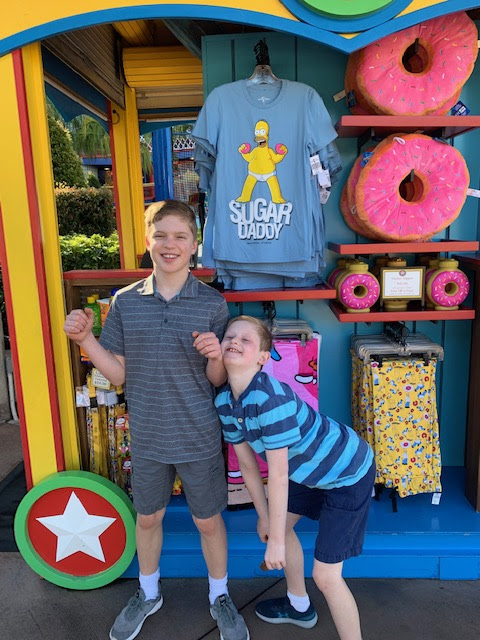 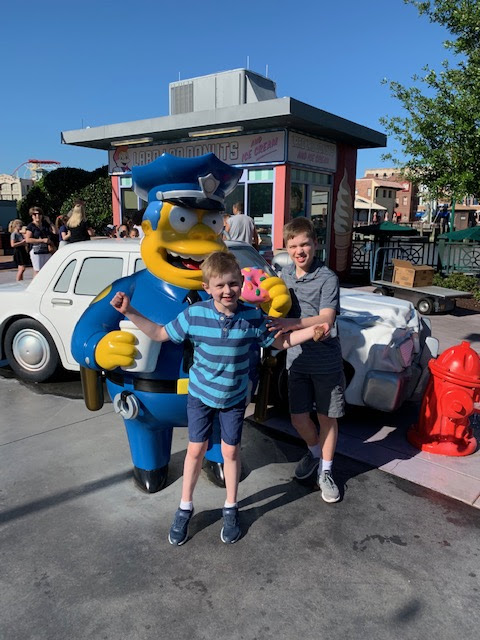 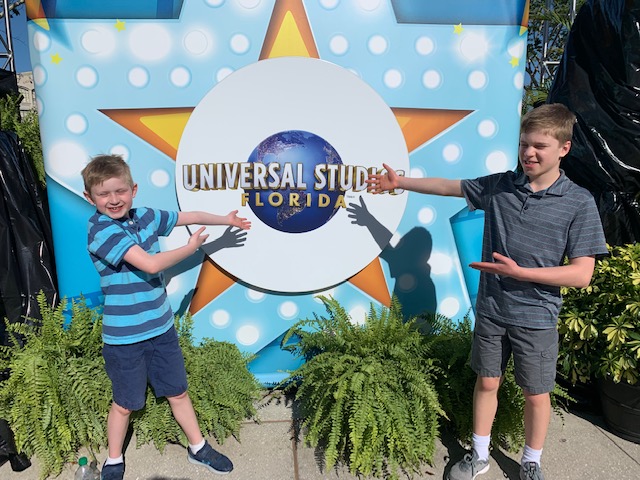 Time to be like Spiderman and do some wall-climbing! They'd done this before on a past trip here. It's a good climbing wall for all skill levels. 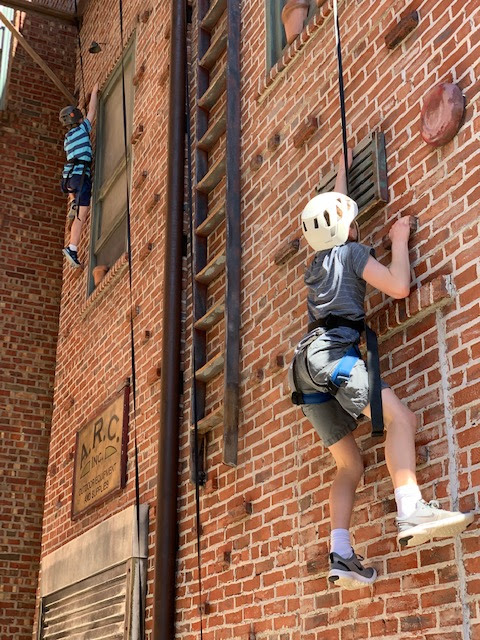 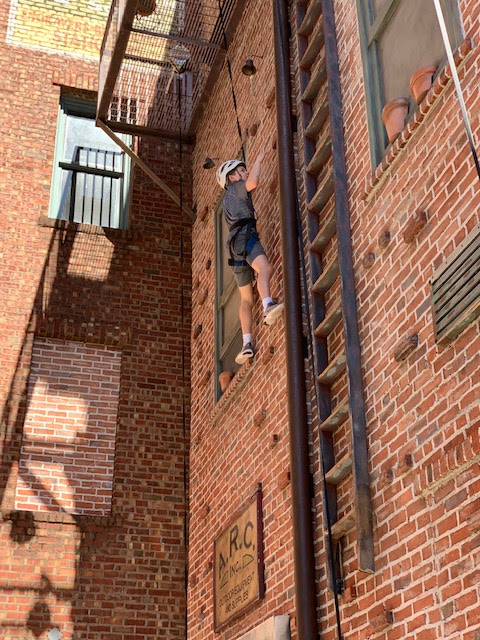 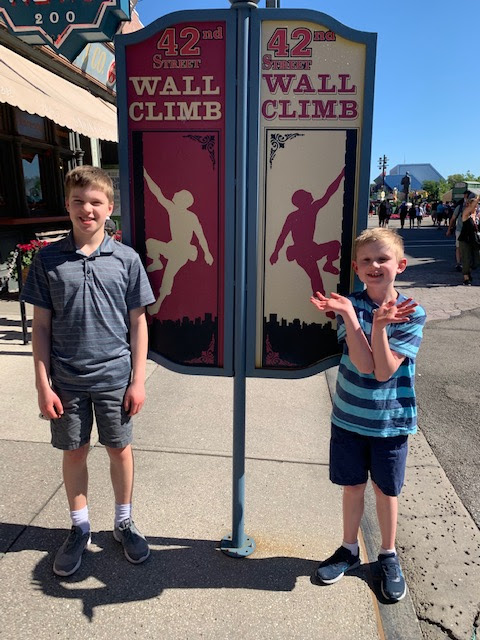 We took the Hogwarts Express train over to Hogsmeade on the Islands of Adventure side and ate a delicious lunch at one of my favorite Universal restaurants, Three Broomsticks. 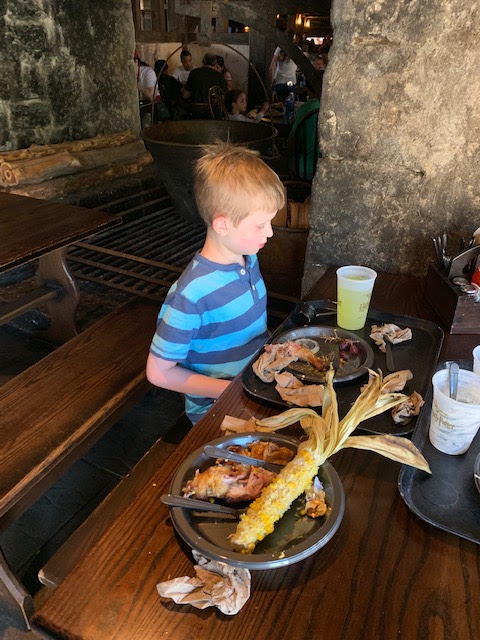 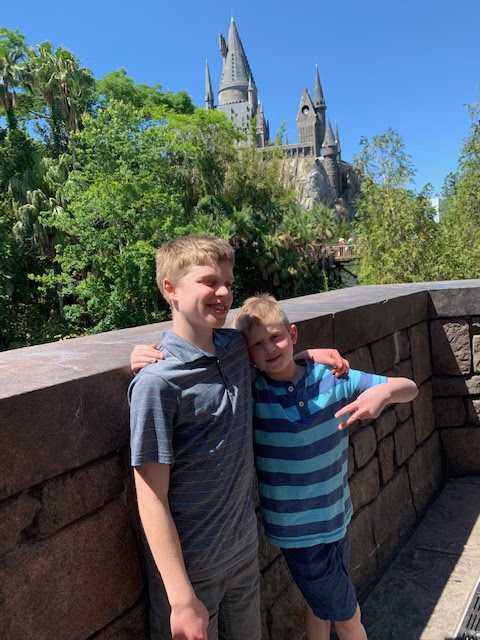 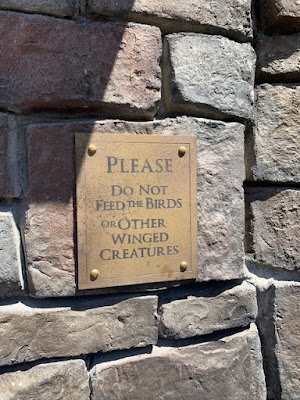 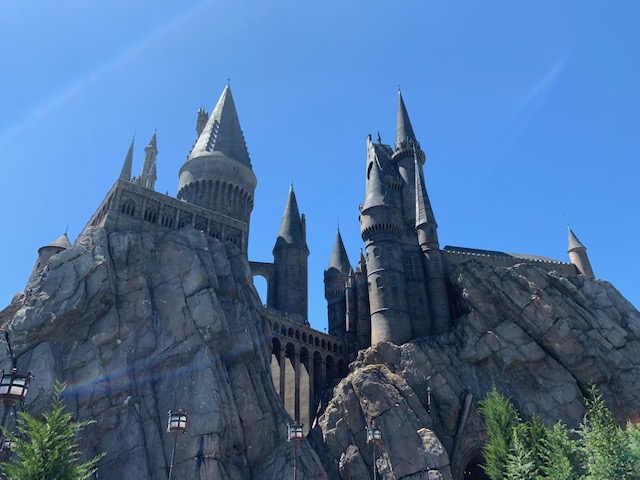 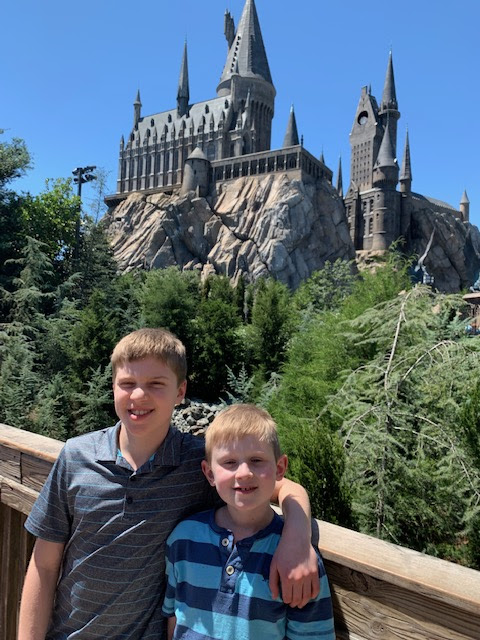 Behold my lack of selfie-taking skills 😄 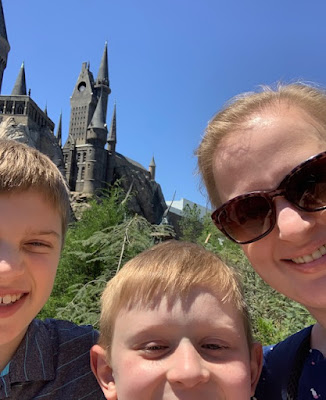 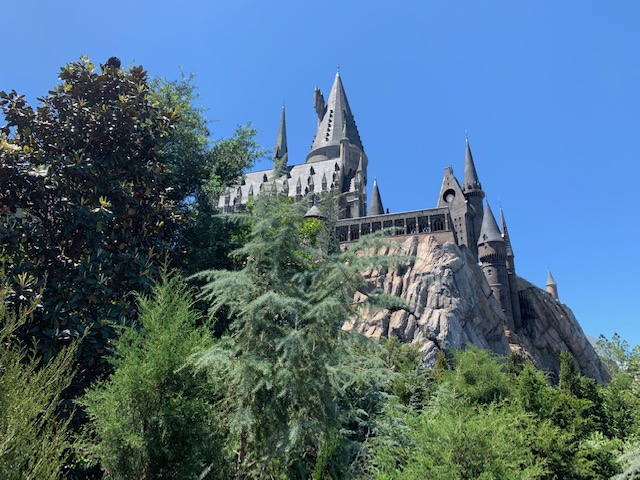