And The Murderer Is...

On a Saturday evening in March, my mom, my two sisters (Jennifer and Elizabeth), my niece (Hayley), and I went to a fun dinner theater production of Clue Live. It was at the MIT Endicott House and it was so much fun. We'd been wanting to go for awhile and we finally got tickets. 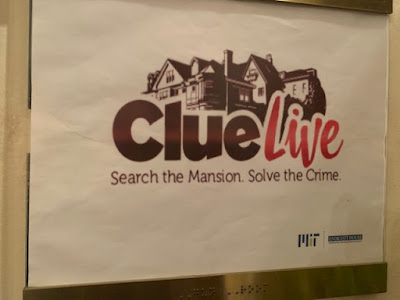 With Colonel Mustard before dinner (he didn't do it!). 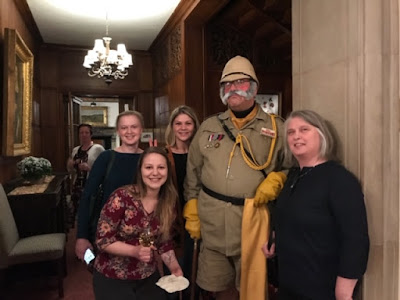 The actors did their thing while we ate, and after dinner, we went throughout the mansion looking for clues and talking to suspects as we attempted to solve the crime together in groups (your group was whoever was sitting at your table so it was the five of us plus a fun couple). 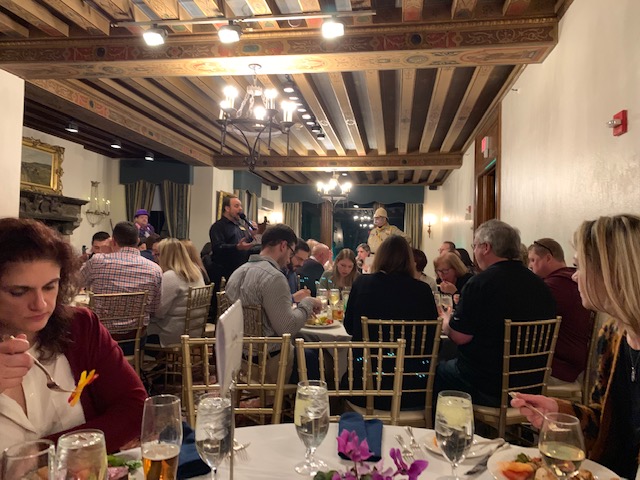 Here are Colonel Mustard and Professor Plum. In real life, these two were brothers. Very sadly and in a somewhat ironic twist, the man playing Professor Plum died unexpectedly the next week. I think he had diabetes. I felt so bad when I found out. 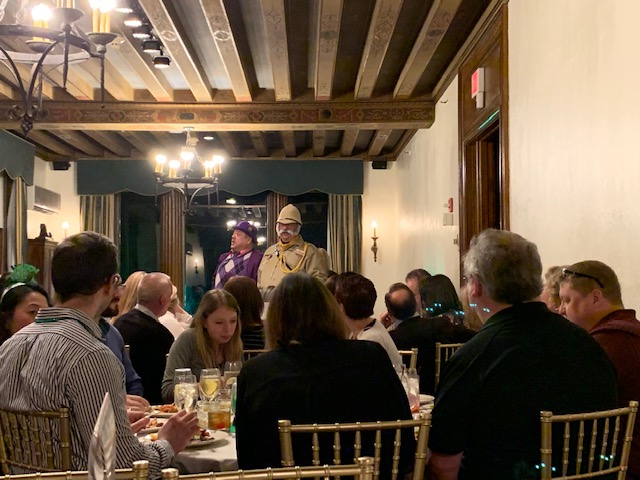 Our table did good sleuthing but in the end we did not accurately guess who the murderer was.
Although I will say in my defense that I had actually correctly guessed who it was--Miss Scarlet--but I was unable to convince my table with my persuasive deductive and reasoning skills, or lack thereof. 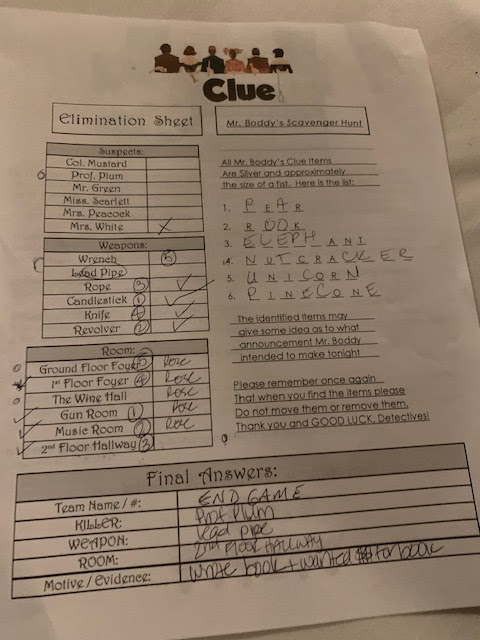 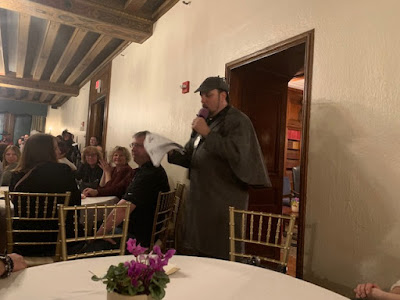 This was where we found out that Miss Scarlet did it! 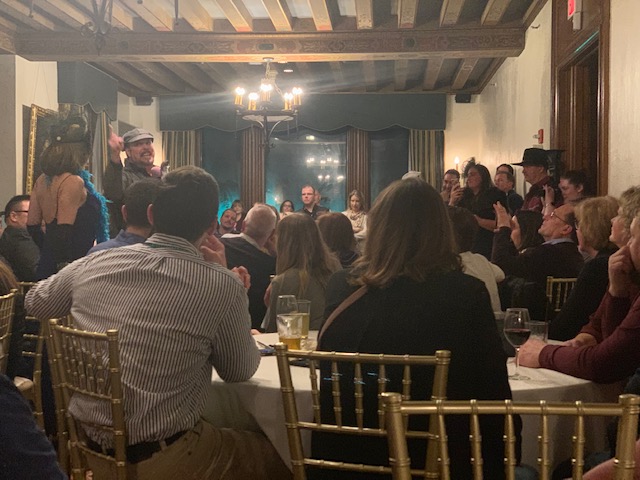 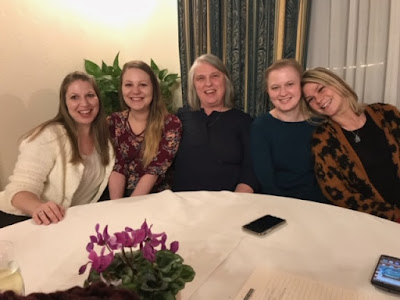 Clue is one of my longtime favorite movies so this really was a treat. It was a fun and unique way to spend an evening with some of my favorite people!