I'm a week behind in my blog post catch-up schedule because I was recovering from a horrible cold last week and could only do the bare minimum for most of the week. I'm happy to report that I'm mostly better now and back to normal, although I'm still more tired than usual. But I'll live. My goal was to blog about March and April before Christmas and take the rest of the month off from blogging starting the week of Christmas, but I may only be able to do March now, or I might have to cut into my "vacation" time to get April done this month. Decisions, decisions.

March lived up to its reputation and came in like a lion and gave me the winter snowstorm I'd been waiting for all winter. Yay! 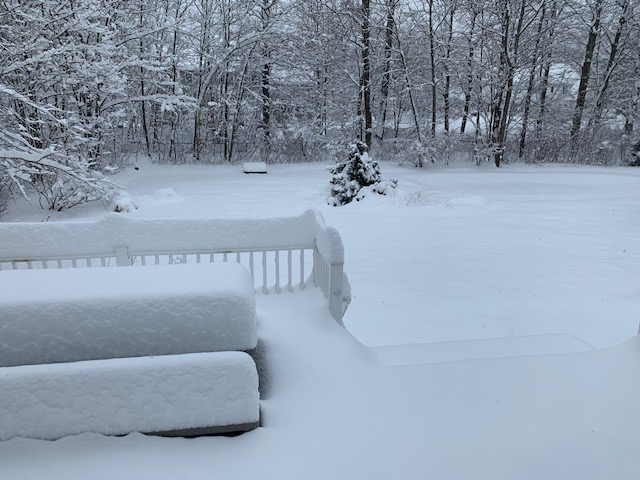 I really should have gotten a cover for the grill. I realized my mistake when we opened the grill this summer and it was moldy and gross and unusable and I had to get it professionally cleaned. Lesson learned. There is now a good cover on the grill for this winter. 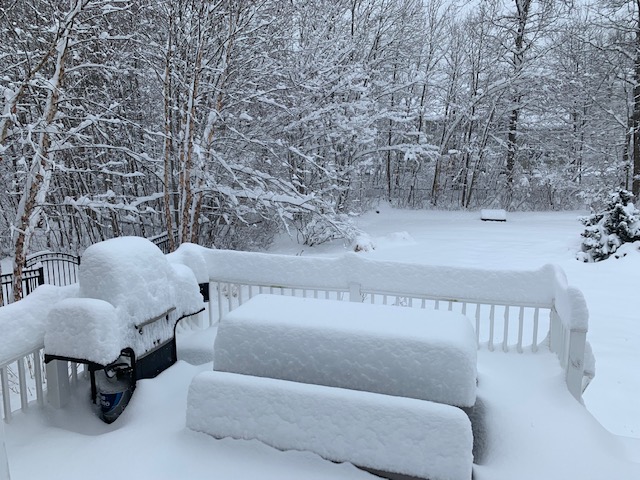 Violet doing her best to make a trail through the snow. 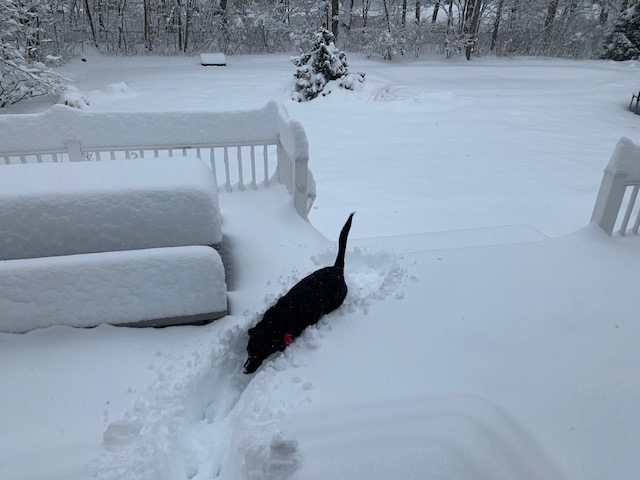 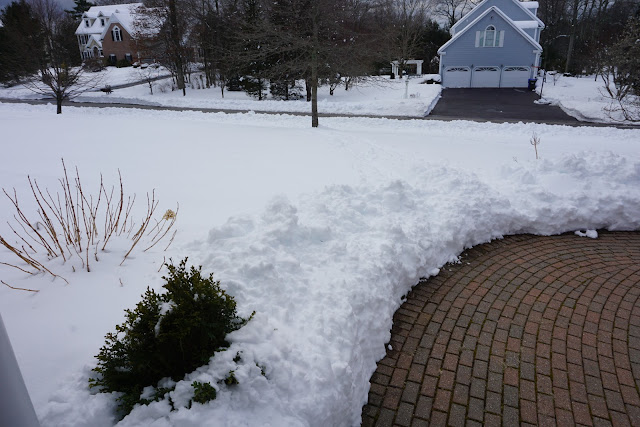 School was cancelled but unfortunately I had to go out and drive that morning as the storm was winding down because Peter had a colonoscopy at the hospital that morning that I had to accompany him to. I was nervous about the drive but it turned out to be fine (so did the colonoscopy; everything was okay).

This was a few days later after some of the snow had melted. Still nice and white though! 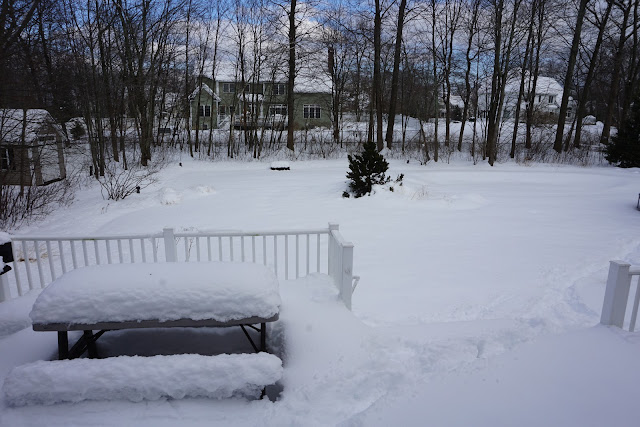 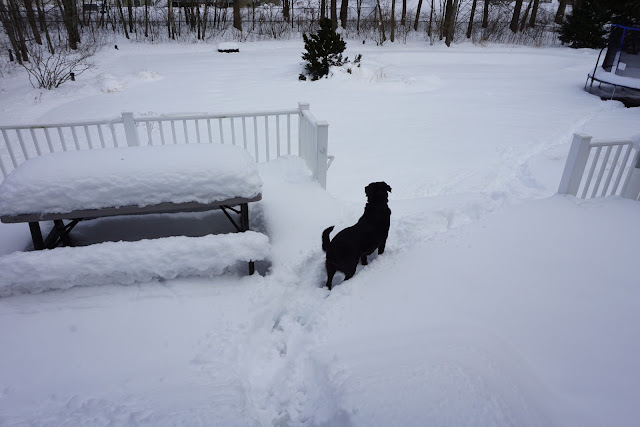 I thought these squiggly icicles were cool. 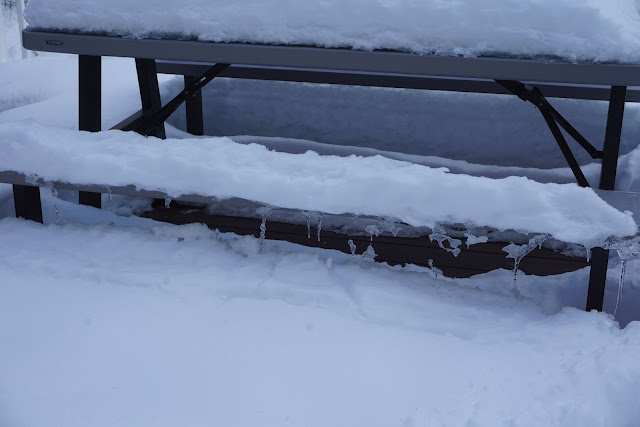 There's a rolled-up Wall Street Journal somewhere in that snow bank that the plow got before I was able to snatch it up from the driveway. I found it weeks later when the snow had melted more. Needless to say, I didn't read it. 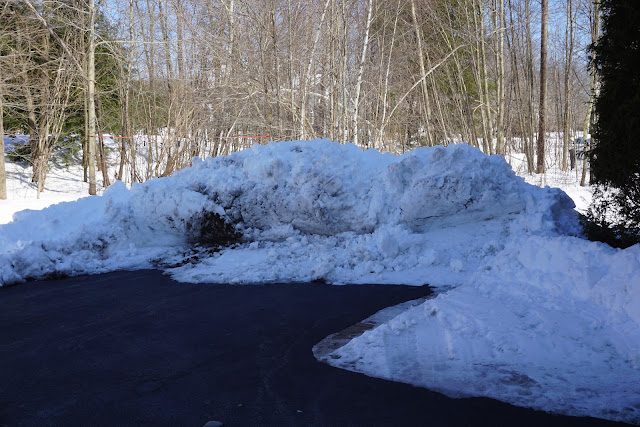