John turned 14 on March 8th. My once-little boy is growing up fast!

His big present (literally) was a pegboard to mount on the wall. It's a ninja obstacle that he'd been wanting. 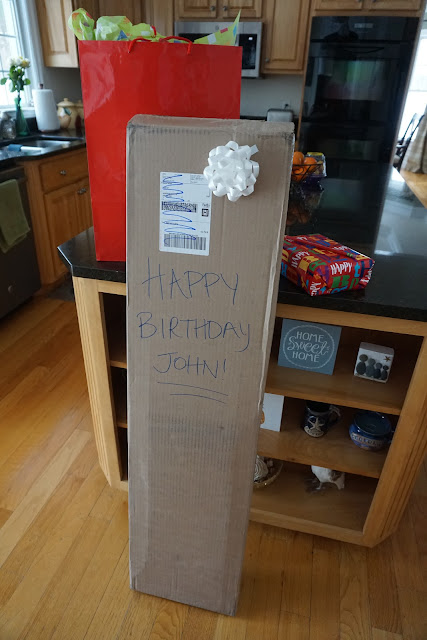 My cousin Becky made him this cool American Ninja Warrior cake that featured an edible warped wall. I like that she put "14" on it, which had a double meaning--for his age and for the (non-literal) height of the wall. 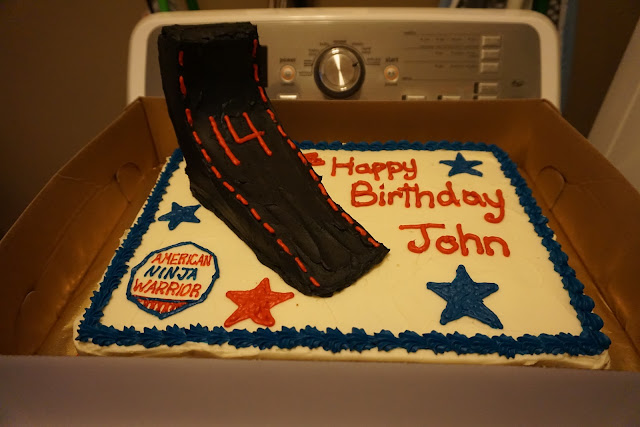 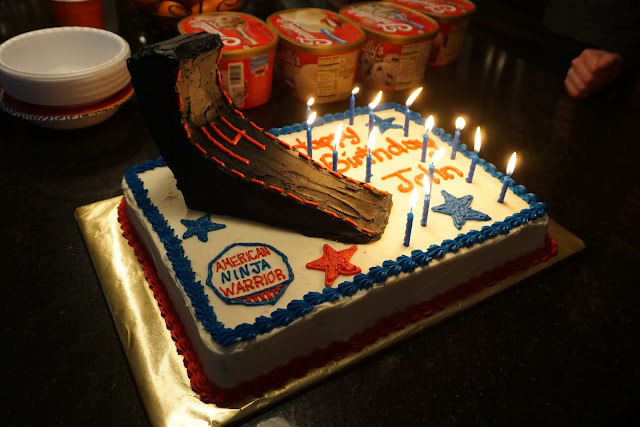 We had a family party at our house. 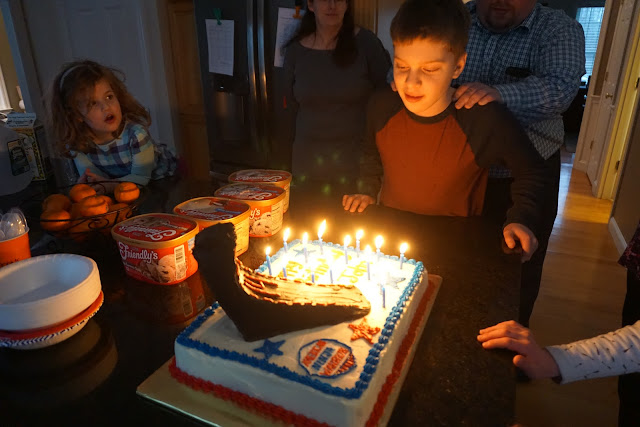 My mom gave him money that she had folded up into cool origami shapes. 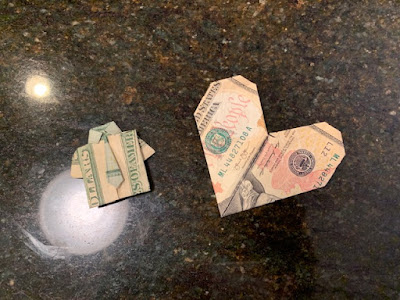 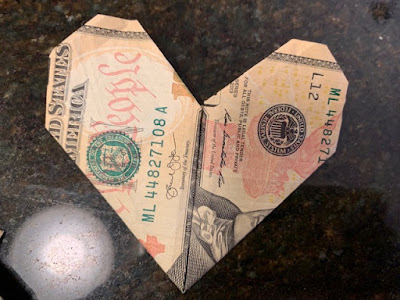 The boys' birthdays are about six months apart which is nice and convenient, so Sam had his half-birthday on March 20th. We celebrated with a candle in a brownie. He was happy with that! 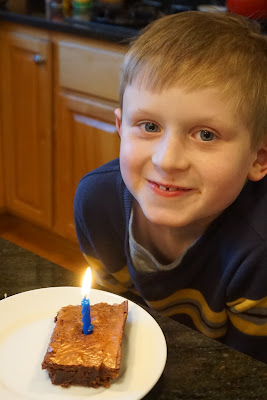