John's senior year of wrestling was off to a great start in December. I don't know what his record is at this point but he has considerably more wins than losses, and many of his wins have been pins. All of his hard work in the off-season seems to be paying off. He was also named one of the captains of the team, which was well-deserved. He's been a varsity wrestler since his freshman year and he works hard and always gives his best effort. It makes me sad that this is his last season of high-school wrestling--I'm really going to miss it in the future--but I'm excited for the opportunities ahead for him in college.

Most of our Saturdays from December to February are spent at big wrestling meets with multiple schools. This is the team warming up before one of their matches at their first big multi-team meet of the season. John had four wins (all pins) and one loss that day. 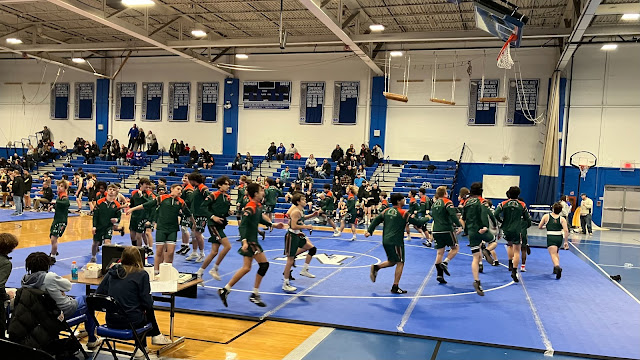 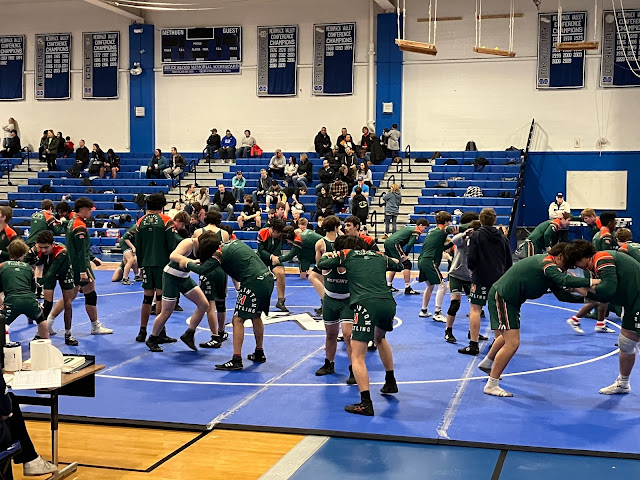 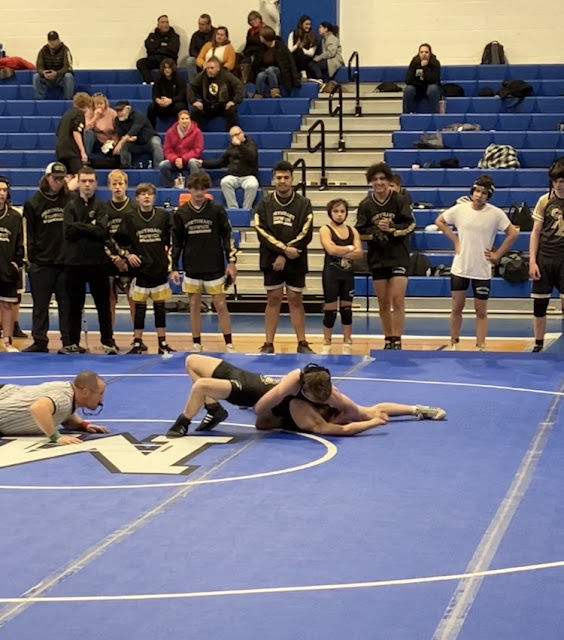 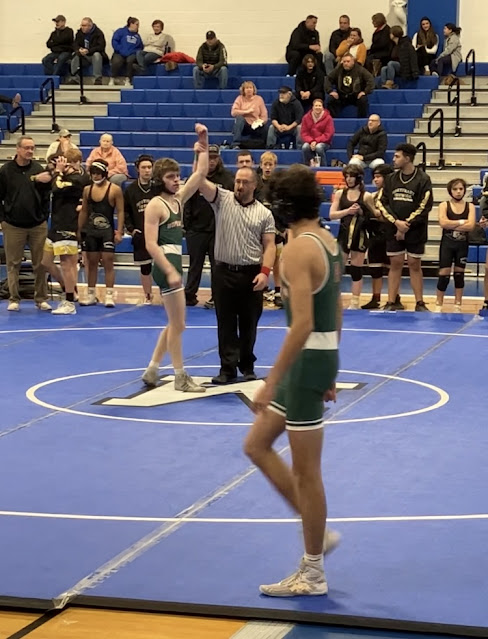 I took this picture after one of John's matches when he happened to be shirtless, so he's easy to pick out in the crowd. 😄 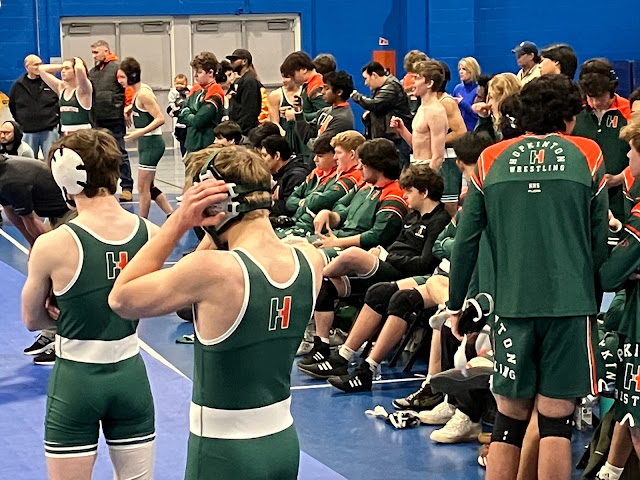 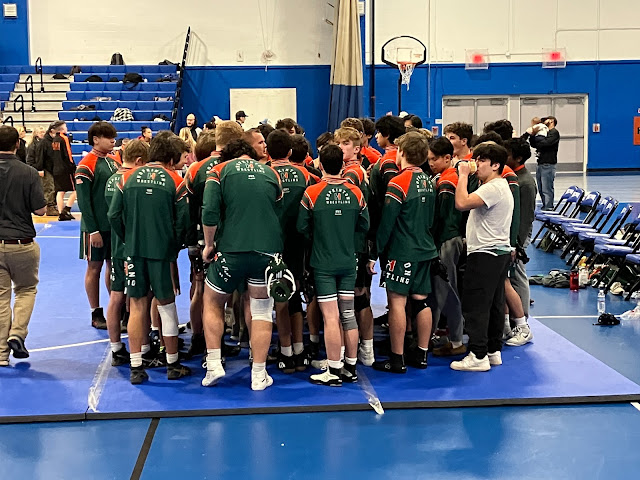 Waiting to hit the mat for his next match... 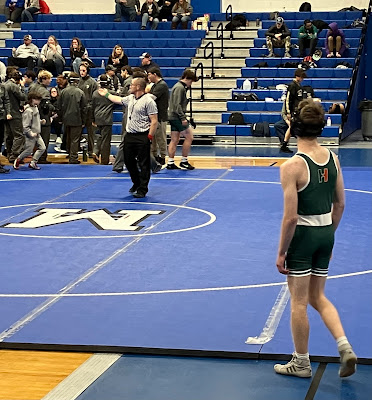 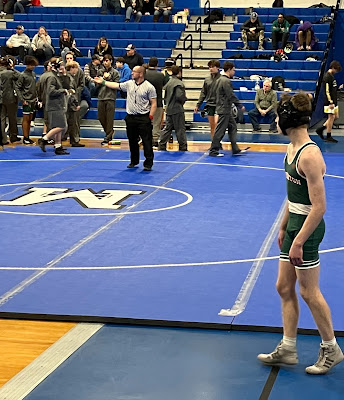 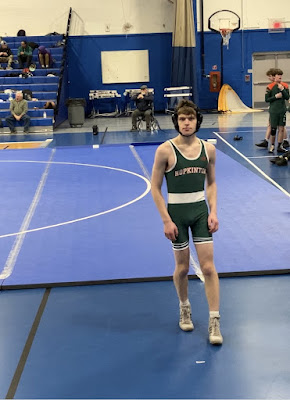 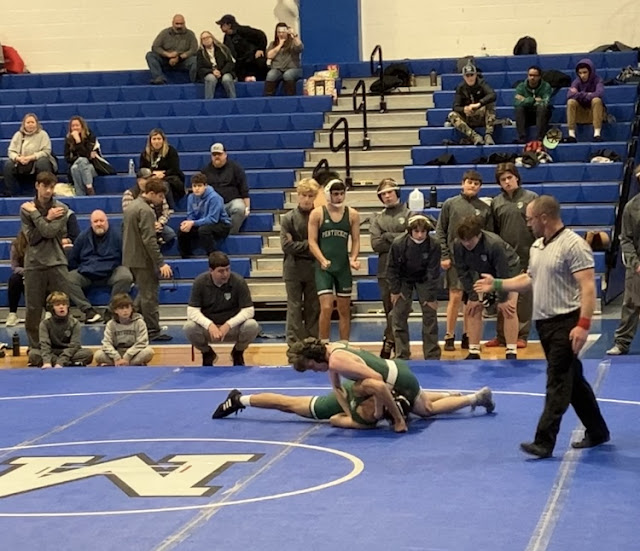 This move made me LOL a little 😆 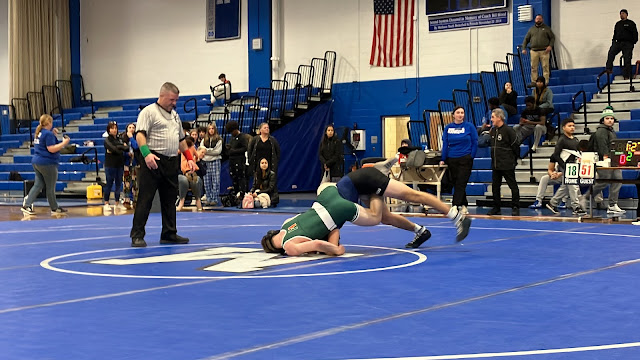 This was a Wednesday night match at home versus one of their big rivals, Ashland. Unfortunately Hopkinton lost (they were missing some of their guys due to sickness--which nearly the whole team came down with after this meet, John included!), but John won his match that night with another pin. Some of our friends from church who live in Ashland came to watch, which was fun. 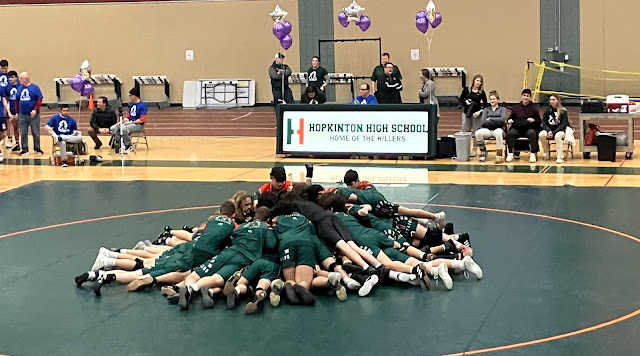 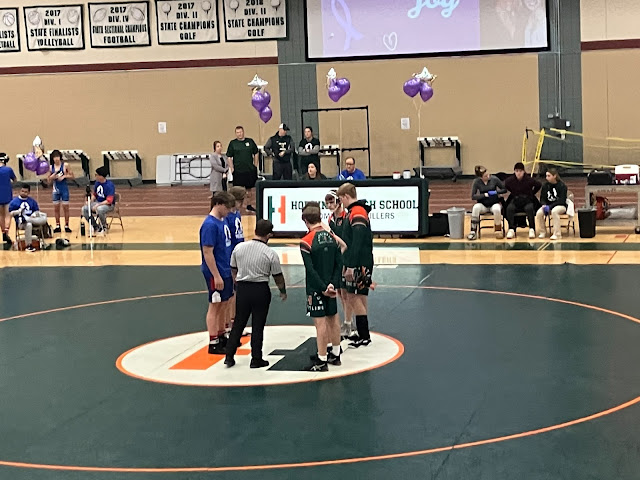 Let's get ready to rumble! 😉 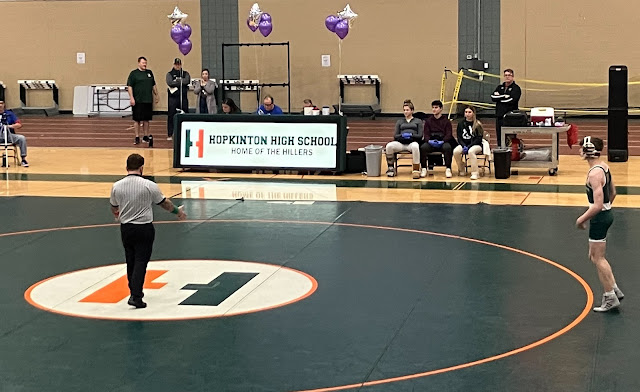 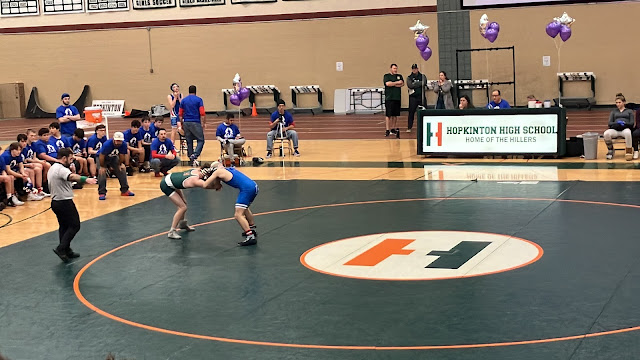 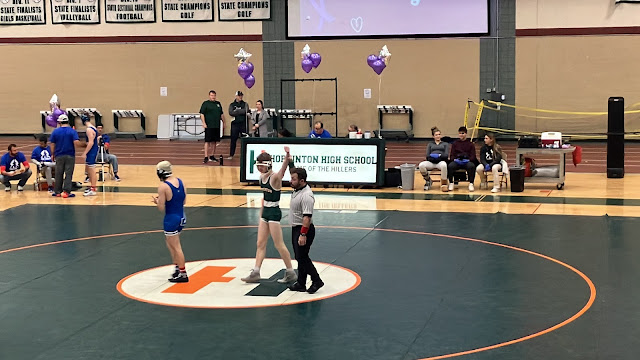 This was a week later at another Wednesday night meet. The team won this meet easily, but John lost his match in overtime, and he was not happy about it. He had to wrestle a guy who was a weight class above him, and he did well against him and almost won. But man, was he ticked that he lost! I steered clear of him until he chilled out about it the next day! 😬 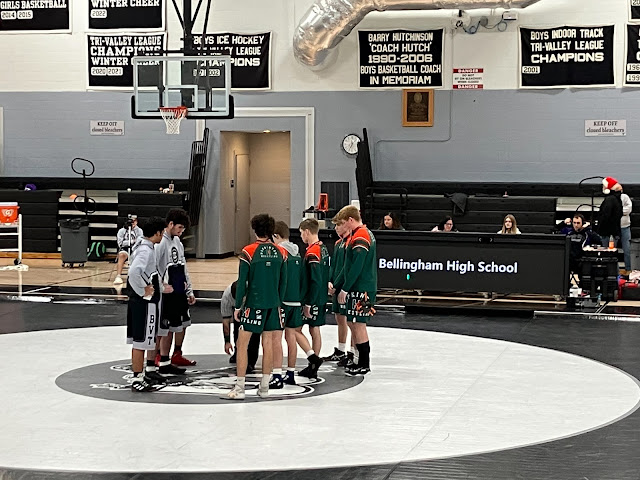 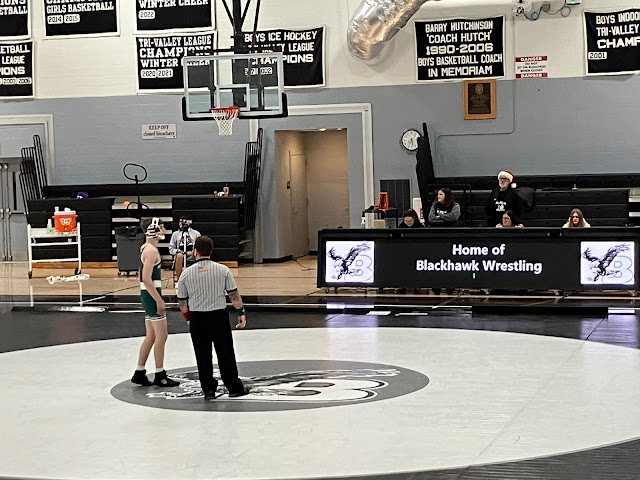 That last match notwithstanding, John's senior year of wrestling was off to a good start!
Posted by Donna at 10:57 AM