This year when the pool was opened we had our biggest problem yet from the last four years that we've lived here. It even trumped the snapping turtle adventure from last summer and having to replace the heat pump a couple of years before that. This one was the most complex and expensive problem so far (and hopefully it will stay that way! 🤞). Talk about both an actual drain and a financial drain! 😭

When the pool was opened in June, a lot of water had leaked out over the fall/winter/spring (unbeknownst to me), and the water that was left was really dirty. 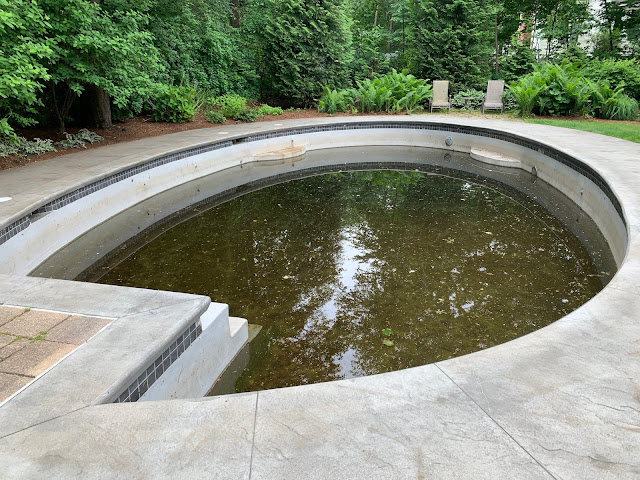 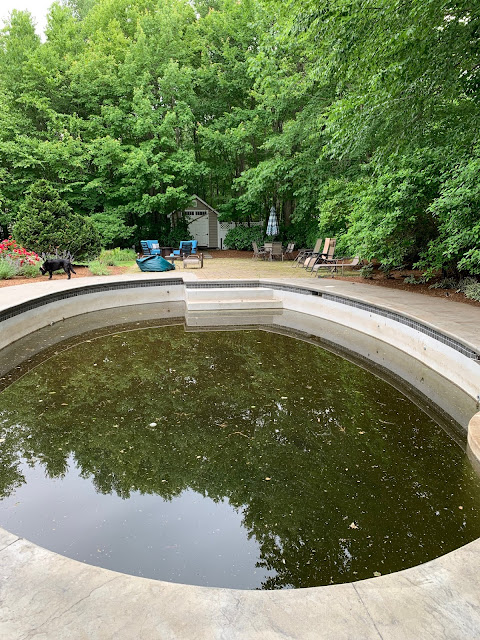 There was no alternative but to completely drain the pool so that the leaks could be fixed. The hydrostatic valve was also replaced--it had probably malfunctioned and that's why so much dirt from the ground was able to get into the water. 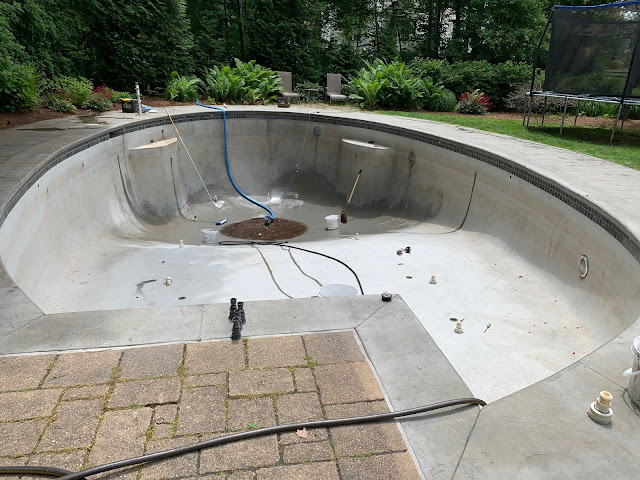 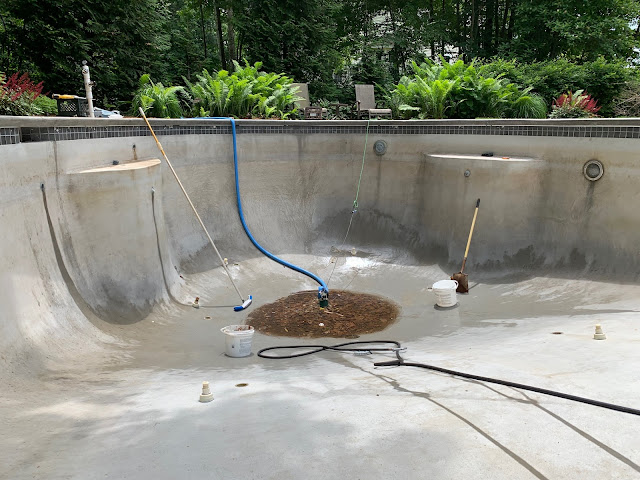 It was pretty surreal to have the pool be that empty and to be able to stand on the floor of it, especially in the deep end! I mean, it wasn't worth the unique surreal factor, but it was kind of cool. 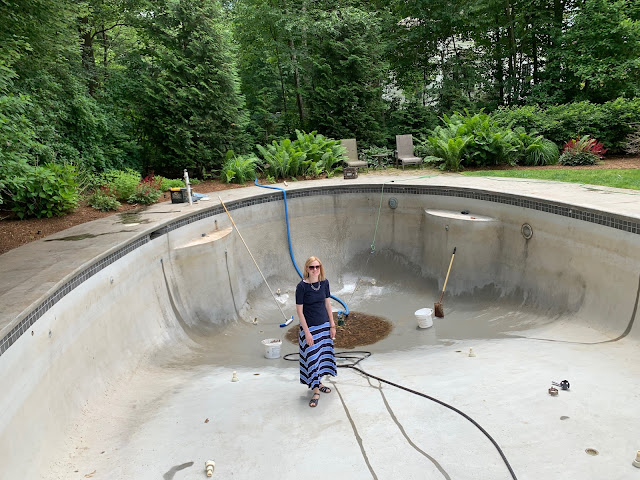 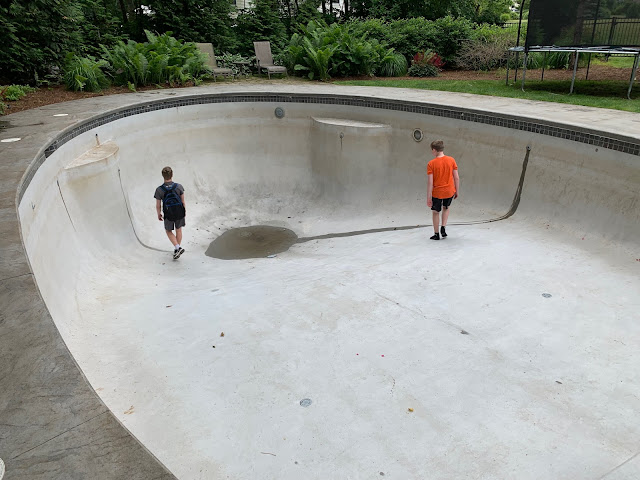 When John jumped up and grabbed the ledge here his his phone fell out of his pocket and into the puddle of water below him! He snatched it right out and he was very lucky that it didn't go kaput the way the pool had. 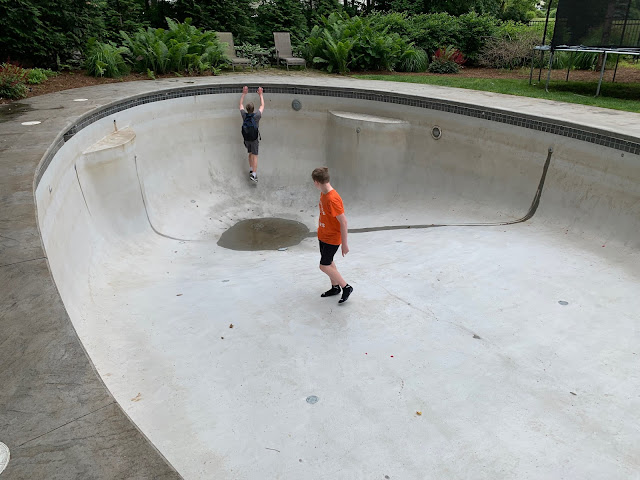 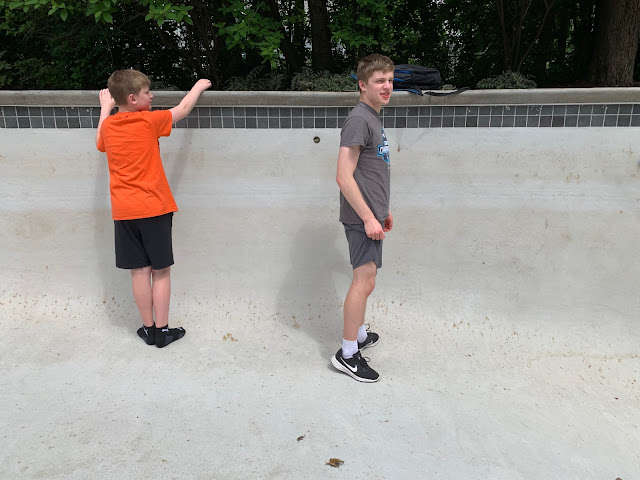 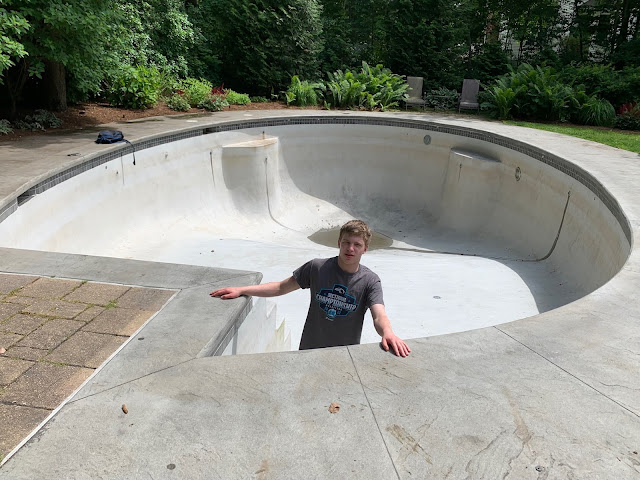 Once the repairs were done, this water truck came to refill the pool. It took four truckloads of water to totally fill it. It was the most expensive part of getting it all fixed. 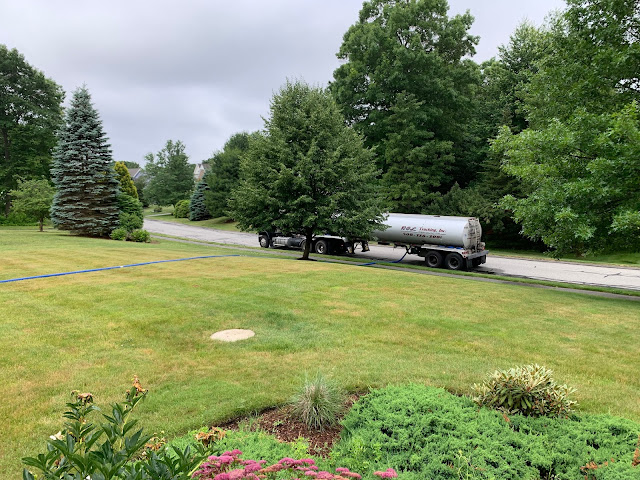 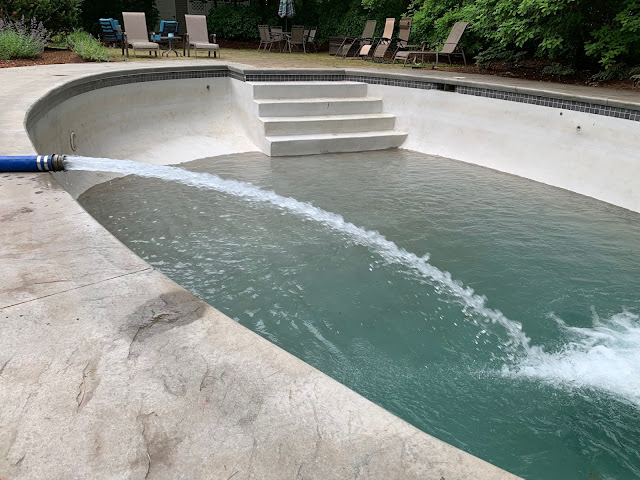 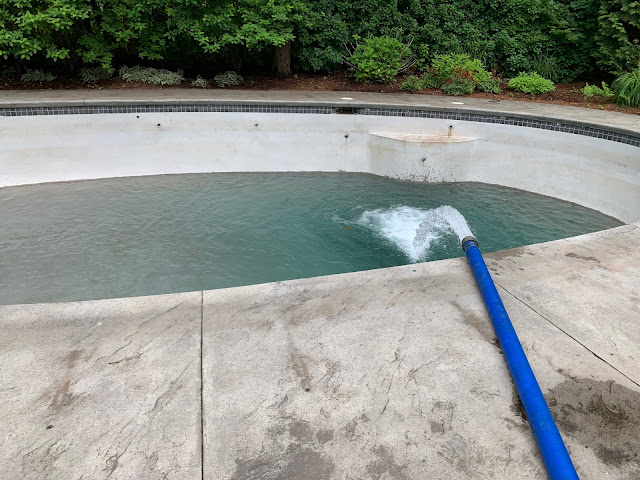 When I left for my weekend at Kripalu, the truck was in the process of filling the pool. So when I got home it was nice to see the pool looking like this, which was quite a contrast from the way it had been for the previous couple of weeks! 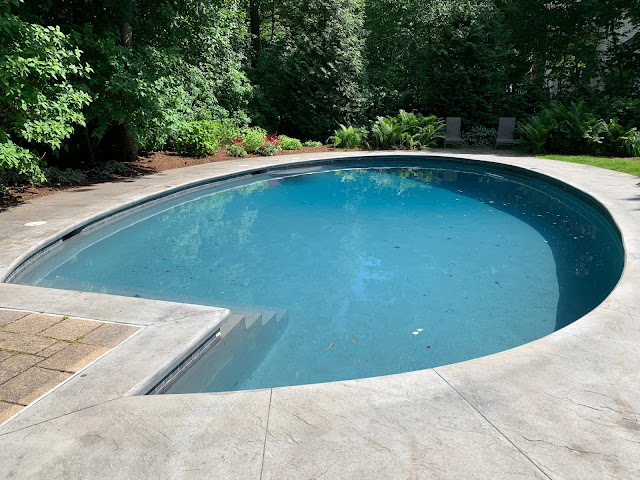 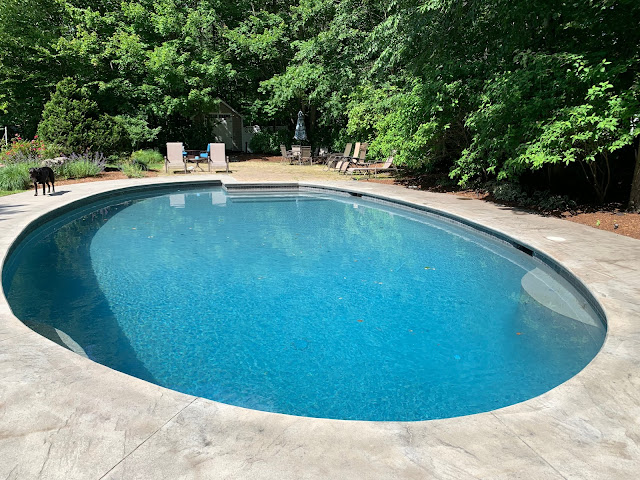 Having a pool is nice, especially when the summer is hot and dry like this one has been. It's gotten a lot of use and it's very convenient having a source of fun and refreshment right in the backyard. However, having a rather complicated and large pool like this is also very expensive. If you can afford it and you get good use out of it, it's worth it. Otherwise, I'd pass on a pool and just go to the beach or to a town or community pool (or do what friends and family do to me--go to a friend's pool!).
Posted by Donna at 4:09 PM