June was kind to my garden with its milder temperatures and semi-decent amount of rainfall. I even did my first harvesting and got to eat from the labor of my own hands, which was very rewarding (and delicious!).

The broccoli and strawberries were doing a good job of sharing a bed together. {Insert ribald joke here, ha ha!} 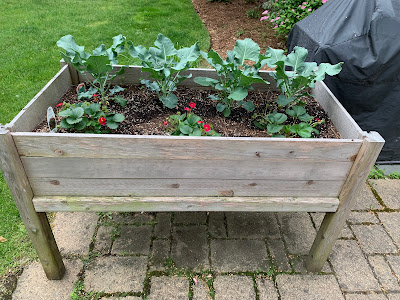 My hastily transplanted zucchini seedlings overcame that particular trial and were growing well. 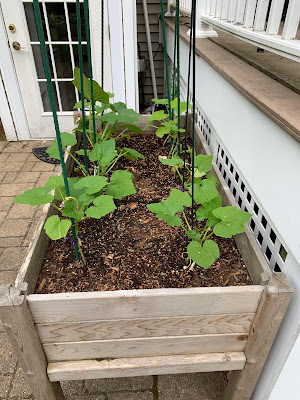 The one tomato seedling that I got from a farm was on fire! The other ones, which were my own seedlings that I had started inside, weren't faring quite as well, but at least they were growing. Well, except for a couple that died. Sorry babies. 😭 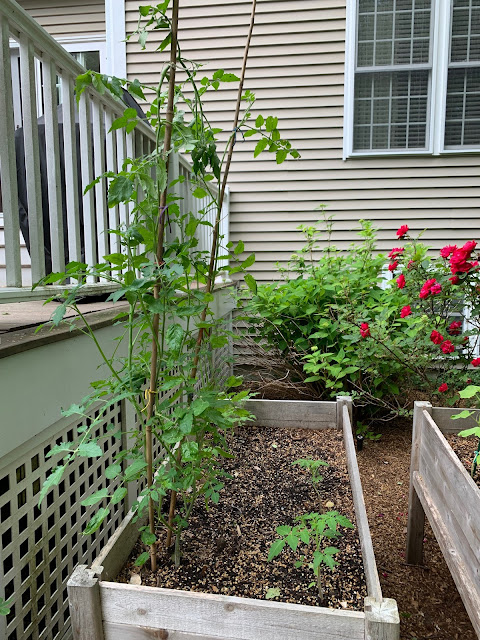 My cucumbers seedlings were growing nicely. 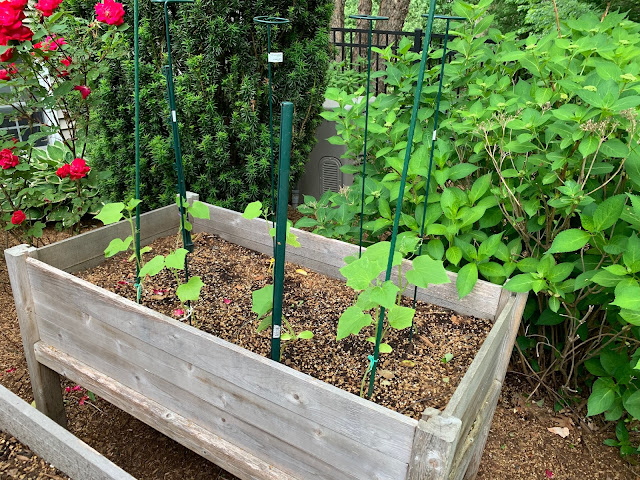 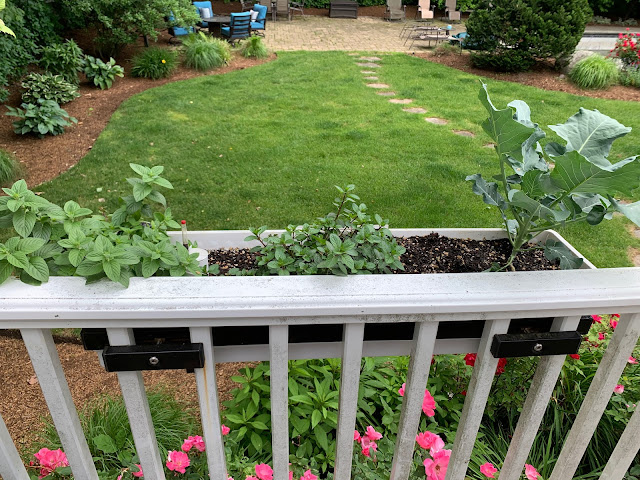 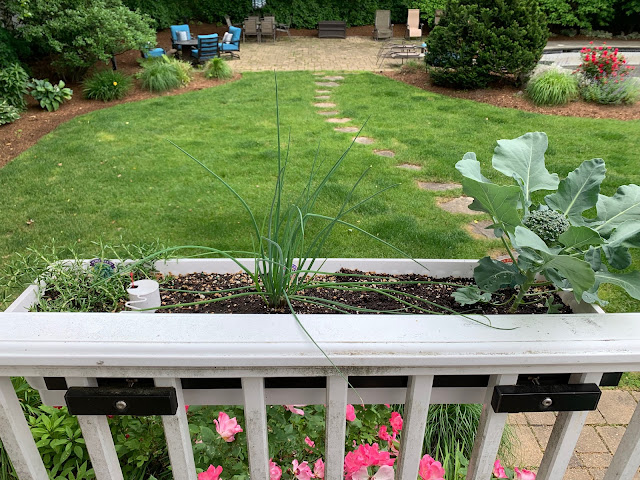 This broccoli seedling got its own pot and was growing well but it was the only one that didn't end up producing anything. Weird. 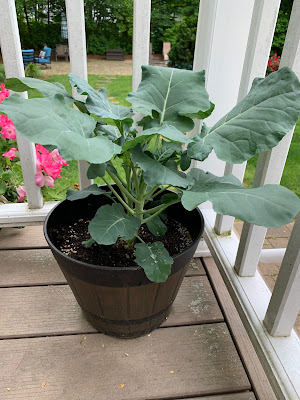 A little while later I was thrilled to see the appearance of actual broccoli heads! This was my first time growing broccoli; who knew it could be so exciting? 😄 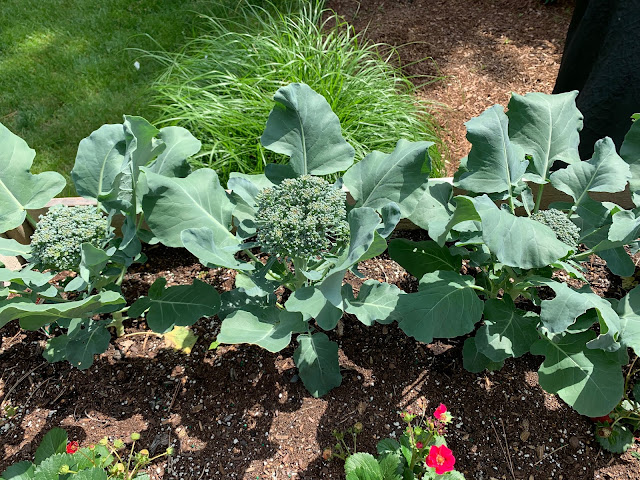 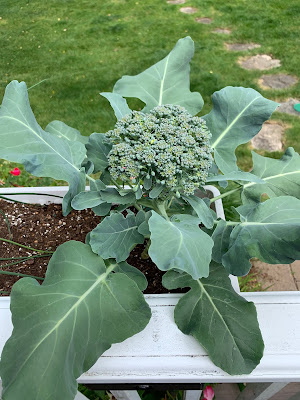 The broccoli grew so well and so fast that I was able to harvest some of it that very month--only about a month after I'd planted it. Cool! 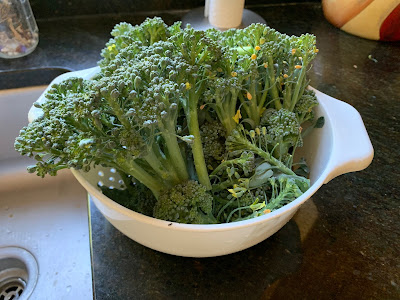 I steamed it and we had it for dinner with salmon and mashed potatoes. It was very good, even more so knowing that it came from my garden, not from the store. That's self-reliance and self-empowerment in a nutshell. At least as far as food production and consumption go. 😁 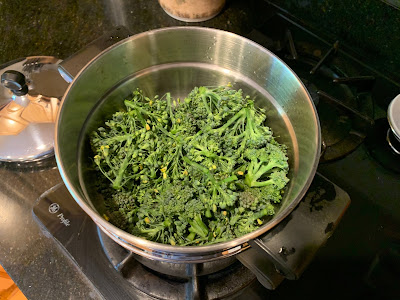 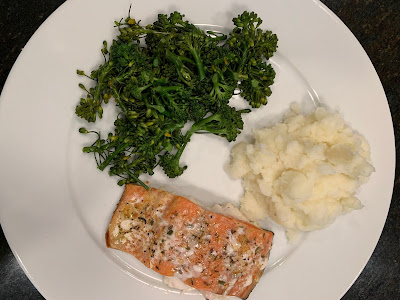 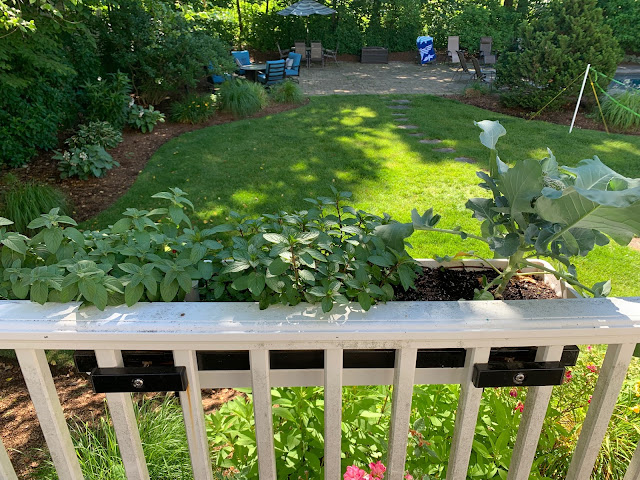 The tomato plant from the farm was getting so big! The other ones were doing well too, but nothing could match that one. 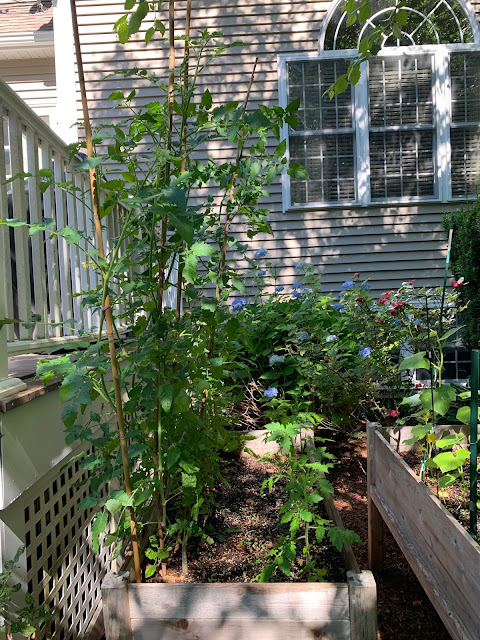 This photo was inadvertently snapped while I worked and I like it because it shows me in action! 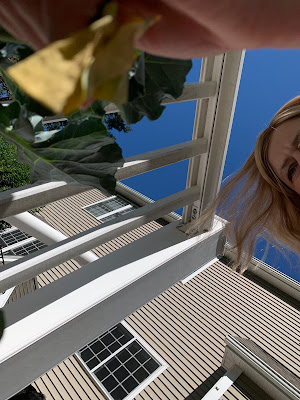 The zucchini plants were sprouting flowers, which was promising. 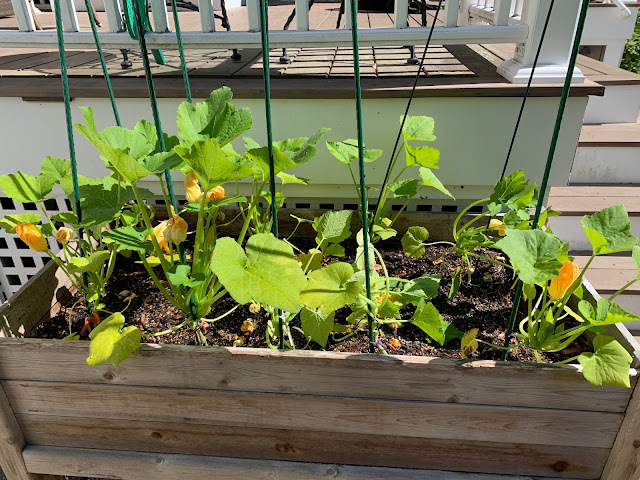 The strawberry plants were pretty but weren't doing much. They only produced a few little strawberries. 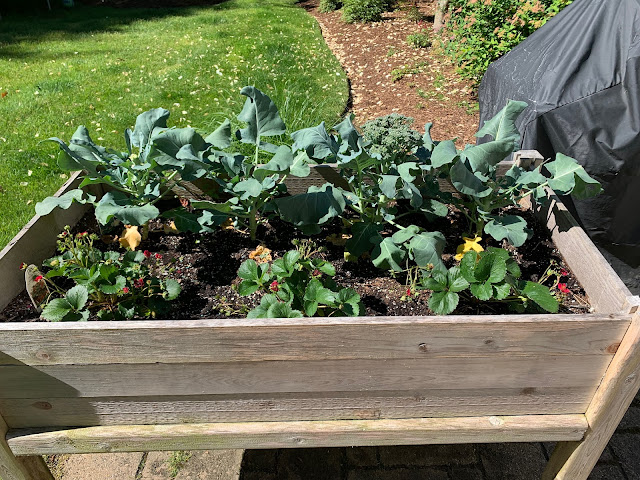 The cucumber plants were looking good too and were also sporting the little yellow flowers that promised good things to come (hopefully). 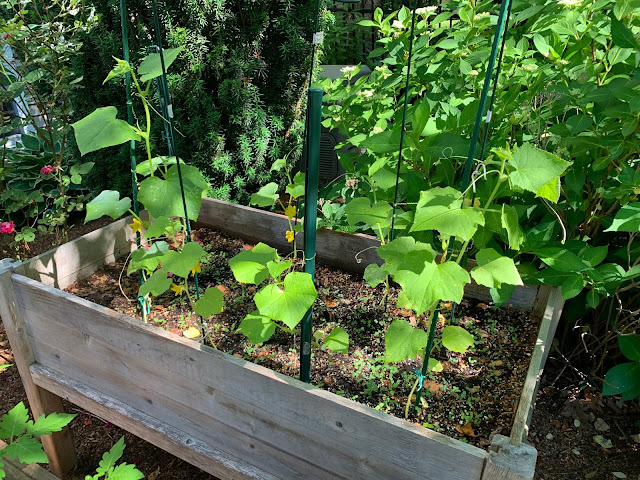 You'll find out what happens next in July! Donna's Garden Chronicles will continue then (only it will be in August when I'm blogging about July. Just to clarify. 😆).
Posted by Donna at 1:16 PM