I had a fun adventure with friends on a rainy day in May! We did Rail Explorers, which I hadn't heard of before. Basically it uses old railroad tracks for a scenic pedal-powered bike ride (they're not really bikes though--I'm not sure what exactly they are!). We did ours along the Rhode Island coast. It was fun to do, even in the rain. 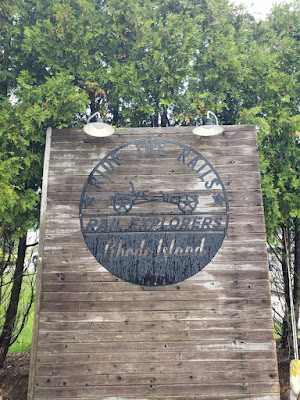 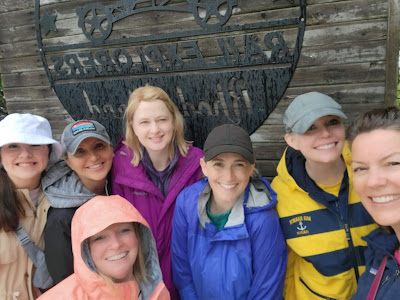 I didn't realize it at the time but the man in this picture is freakishly tall! 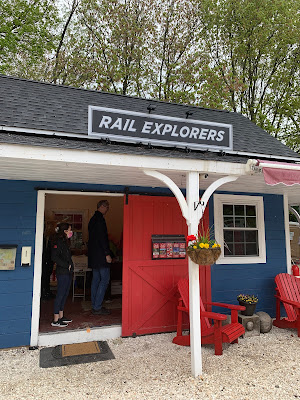 The red Adirondack chairs were cute. Of course nobody sat in them because of the rain. ☔ 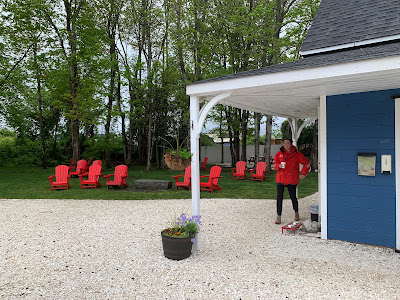 Before we started on our journey along the coast, the workers mopped up the rain on the bikes/cars/whatever they're called. 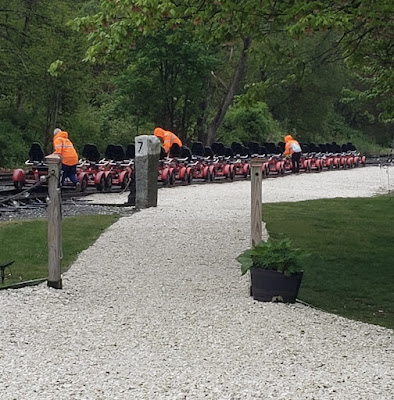 Meredith and I rode a two-person car together. 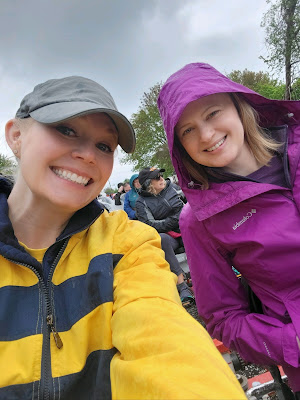 Sara and Anna were in the car in front of ours. 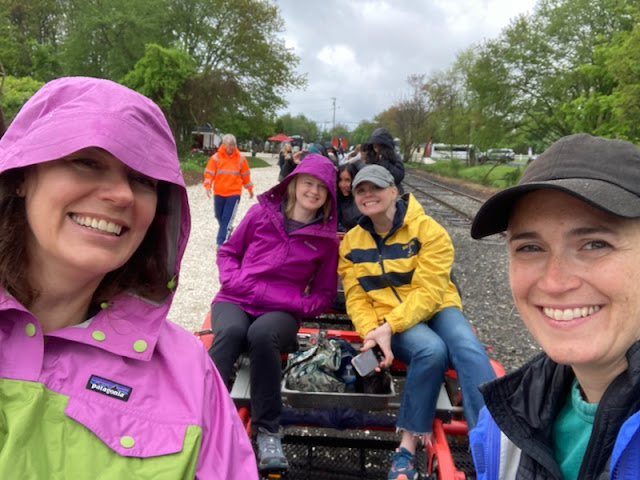 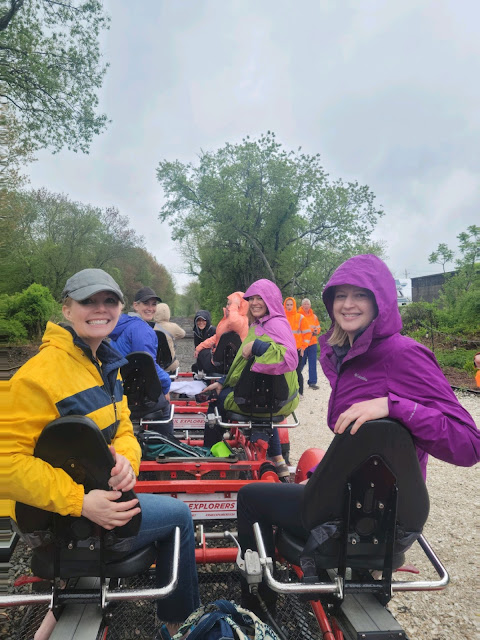 Sharalyn, Becky, and Becky's daughter were in the car in the very front. We had another friend who was going but she got sick the night before, so that's why there's an empty seat next to Sharalyn. This picture is blurry but here we all are (well, minus our sick friend)! 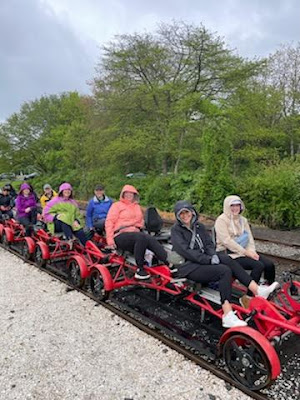 We pedaled down the tracks for about 30 minutes until we stopped at the lookout spot, where we ate lunch. 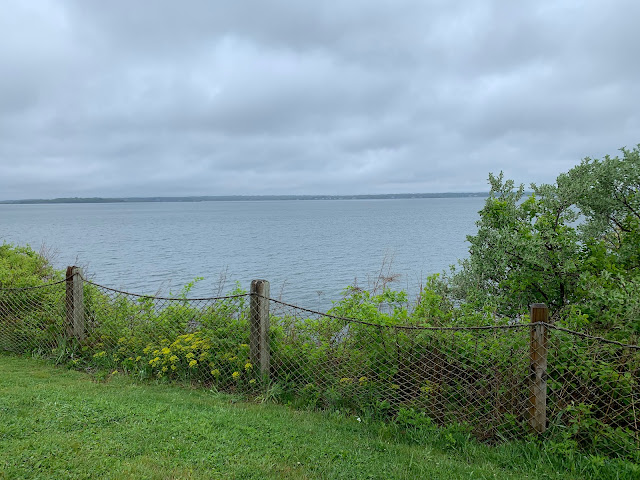 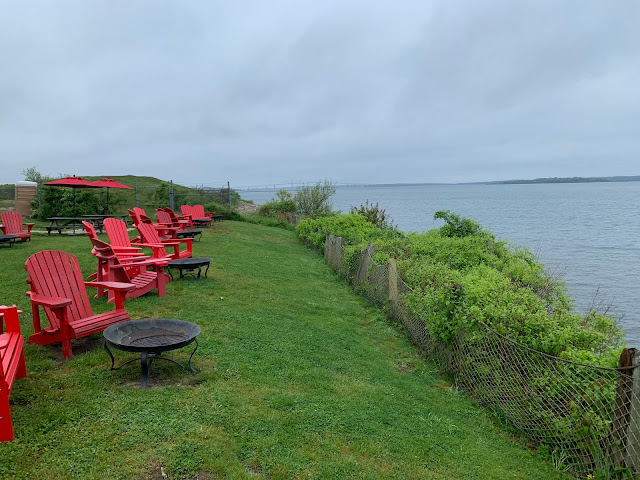 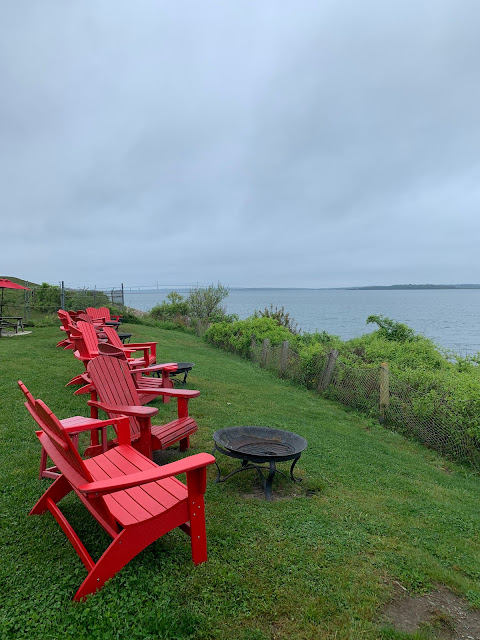 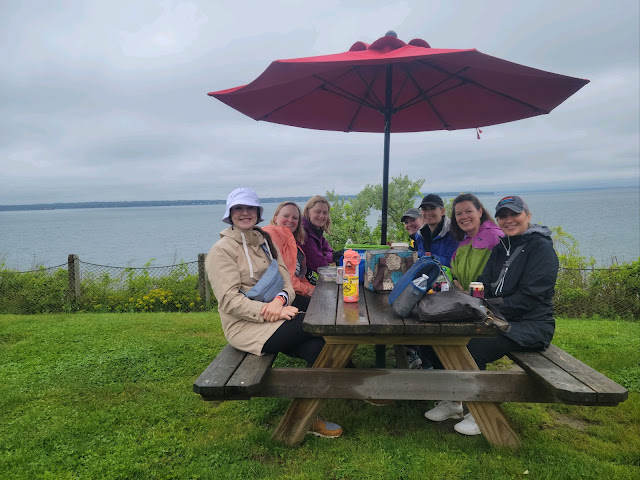 Getting back into the cars for the return trip! 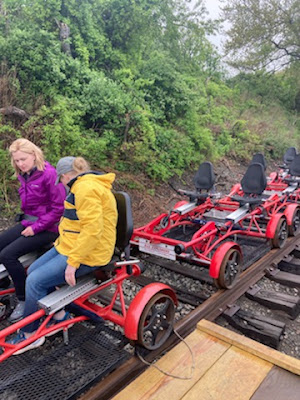 I snapped a few pictures on the ride back. That's Sharalyn's car way up in front of ours. 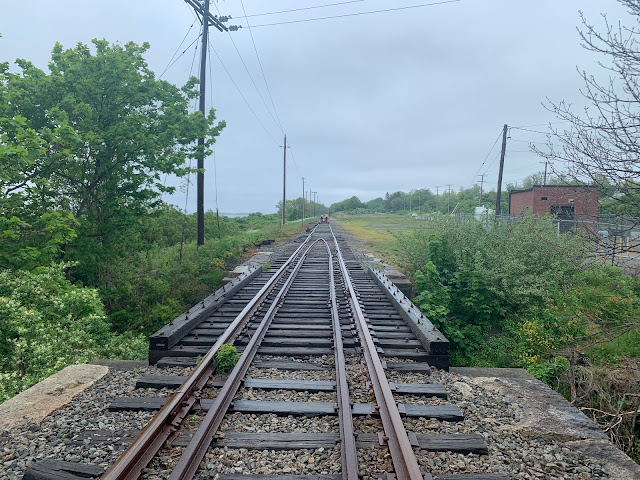 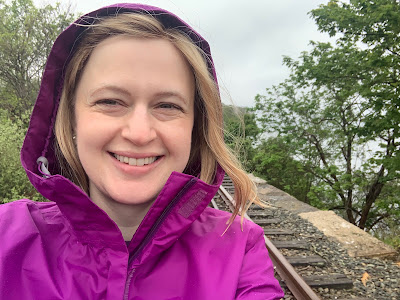 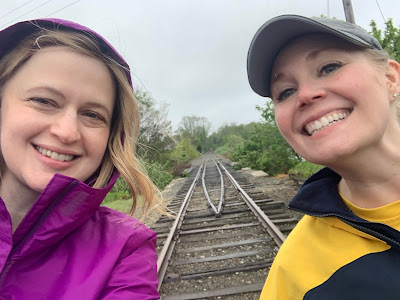 We had a great time! There are other locations that would also be fun to try.
On the way home, Sharalyn, the most native New Englander of all of us, stopped at a Newport Creamery so that we could try the Awful Awful, which I hadn't really heard of before but it's a classic New England type of milkshake drink. It was yummy! 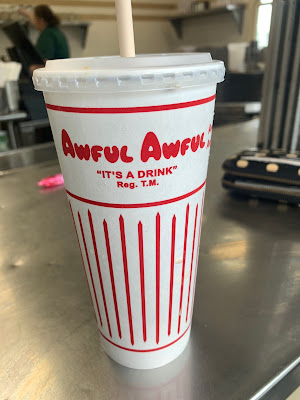 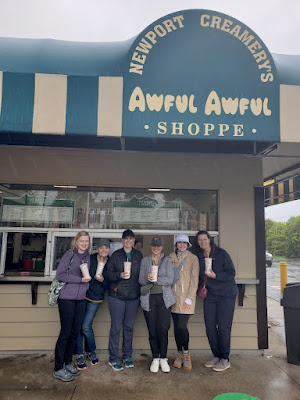 It was a great day with great friends! Even in the rain!
Posted by Donna at 4:19 PM