Memorial Day this year was possibly the best Memorial Day I've ever had. The weather was perfect, we did fun things, and everyone got along. It was a great day!

We ("we" being me, John, Sam, and my parents) went to a service for veterans on the Town Common that John was playing in the band for. The speeches were good (substantive but concise) and so was the music and the whole program; it was all just really well done. After that there was a free lunch provided for those who attended, which was a nice surprise. 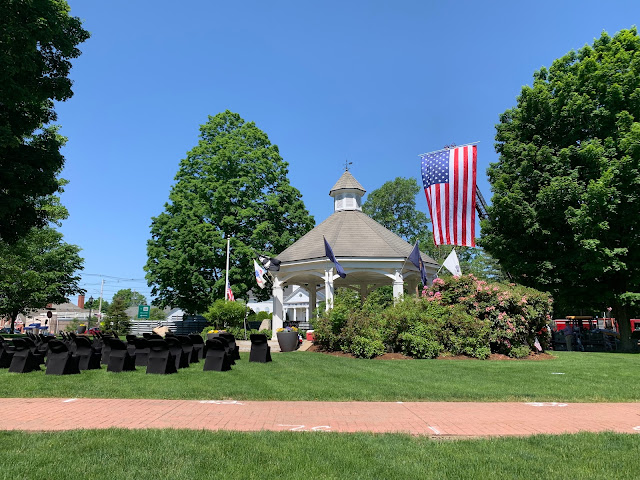 The high school band. John is in there somewhere! 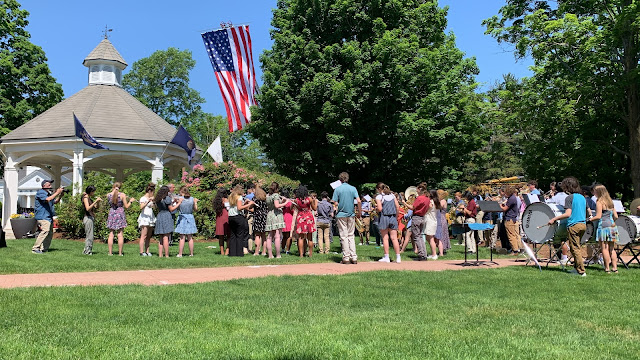 There he is, in the center playing his trombone. 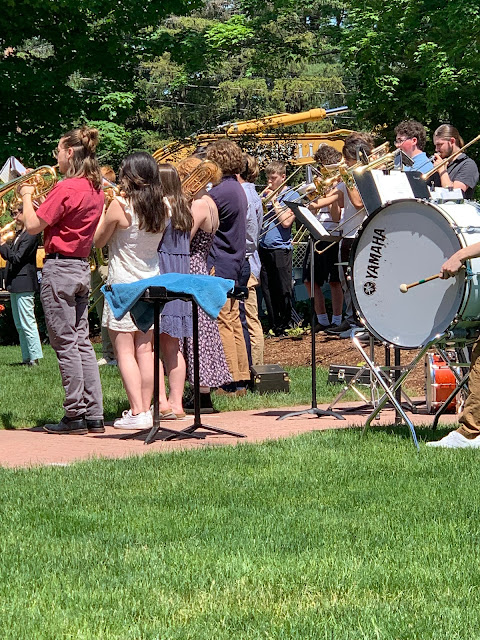 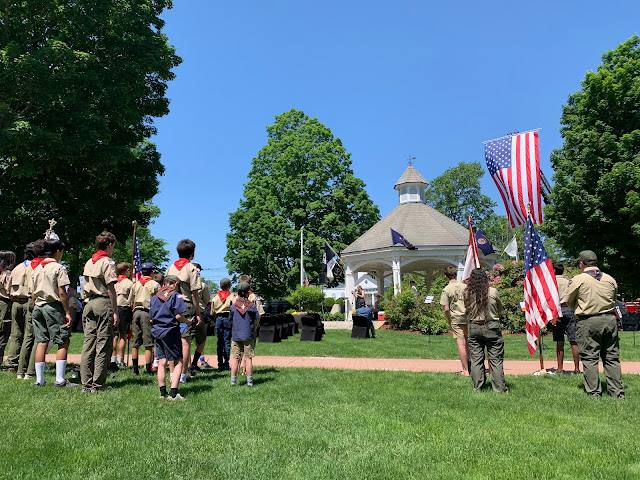 And there he is over by the tree. The man on the left is the band director, Mr. Hay, who I really like--he has a great sense of humor, everybody likes him, and he happens to also be a really good band director. 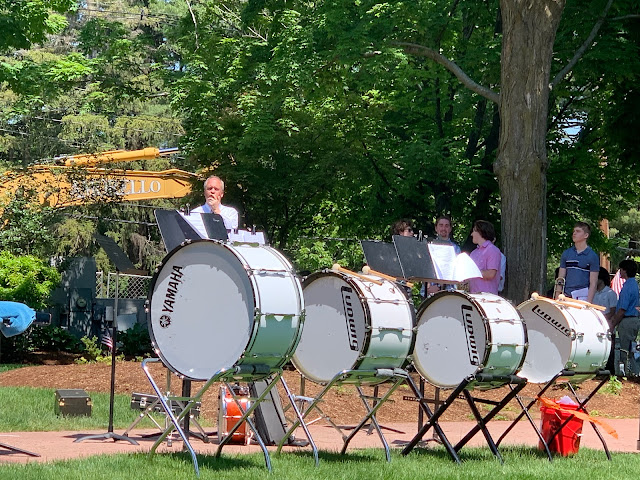 Next, the five of us went to Purgatory Chasm for a hike through the rocks and woods. We hadn't been there since moving back to Massachusetts four years ago. It's a really unique place and it was fun to be there again. We had a good time while also getting a good workout!
Big rocks and itty-bitty people! 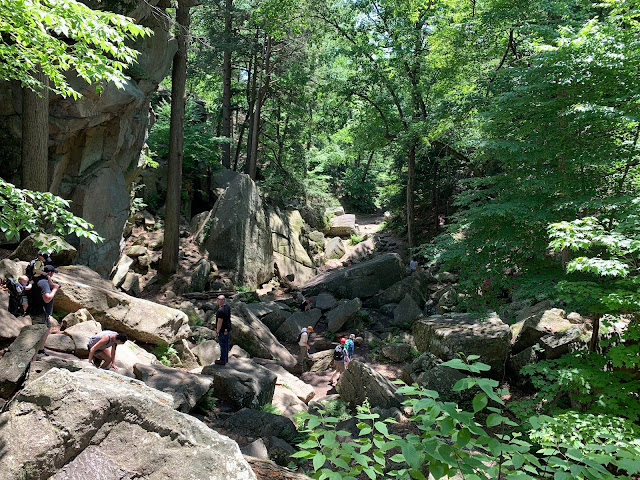 John has always loved climbing, ever since he was a toddler. Can you see him? 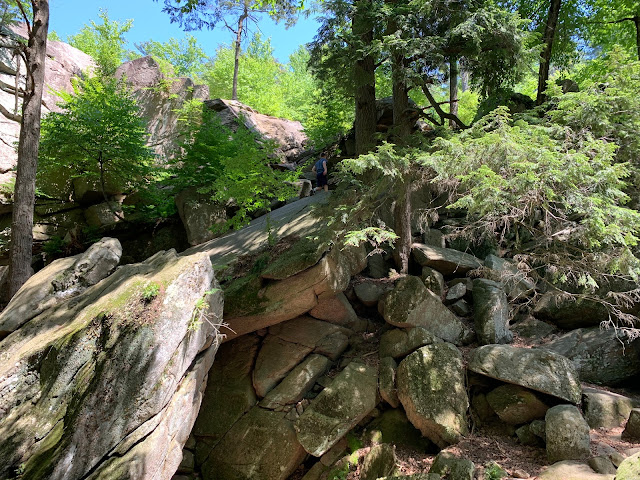 John, my mom, and Sam in front of a huge tree root system of a fallen tree. 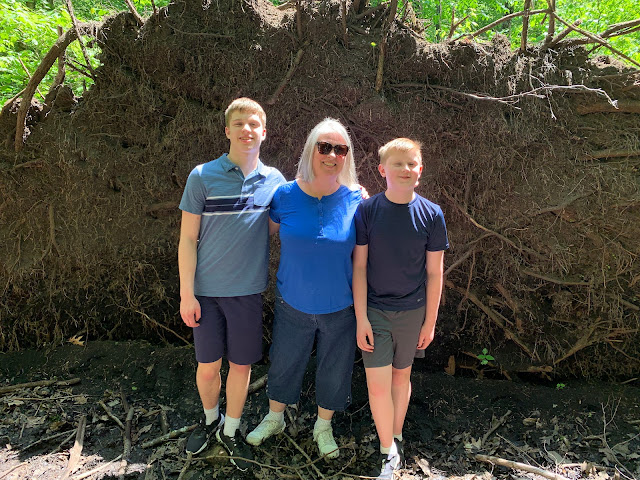 Me and da boyz 😄 Look at that lovely background! I love the woods. 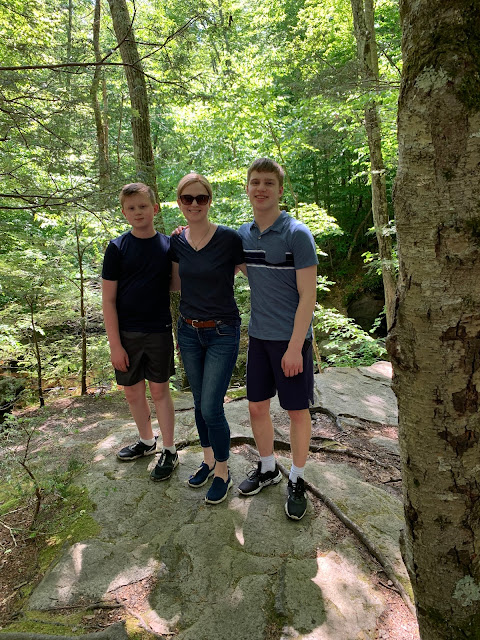 There were some pretty little waterfalls here flowing down the rocks. It was a nice place to sit and rest for a few minutes. 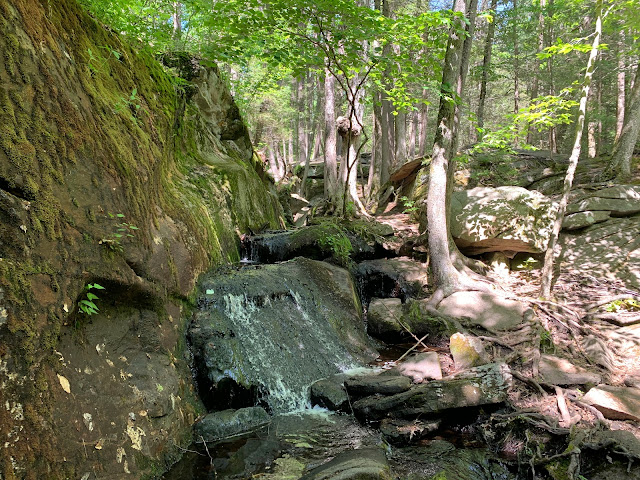 I snapped a few pictures of my mom and they came out really nice. The woods really do make such a nice background. Plus she looked pretty too! 😊 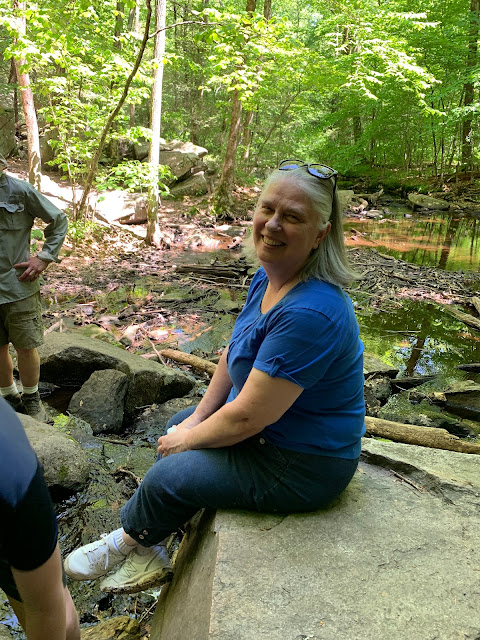 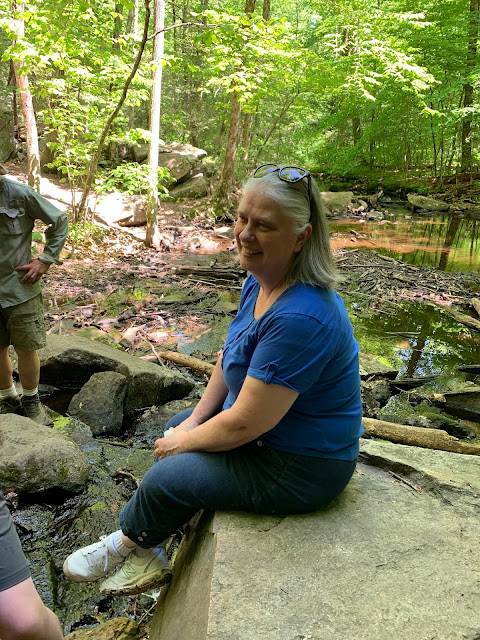 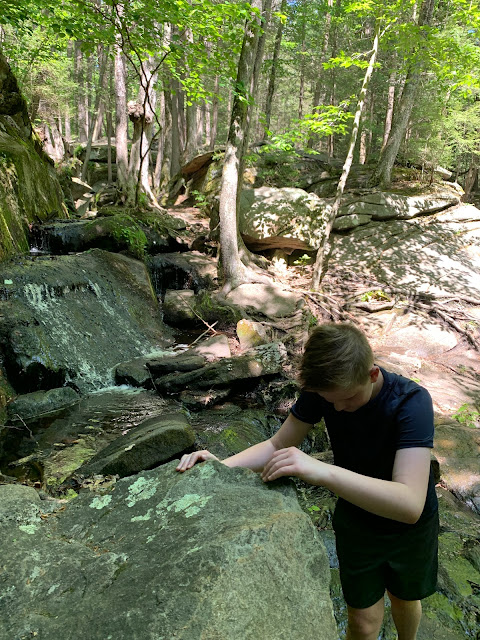 We found a massive tree that had fallen over that was fun to climb and walk across. 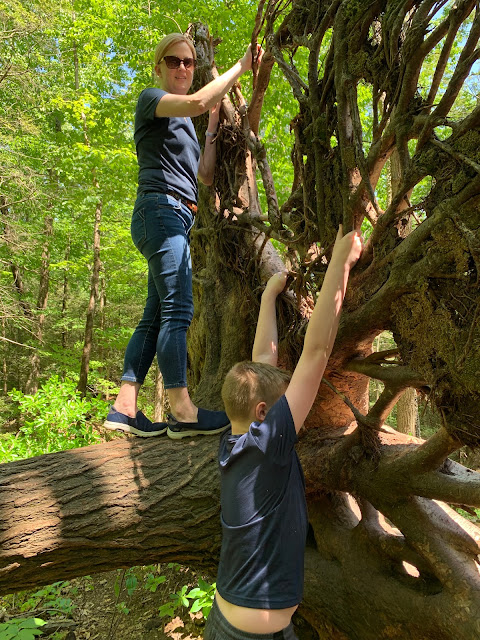 Do you see all three of us? If we'd thought it out better we would have had John "hide" too. 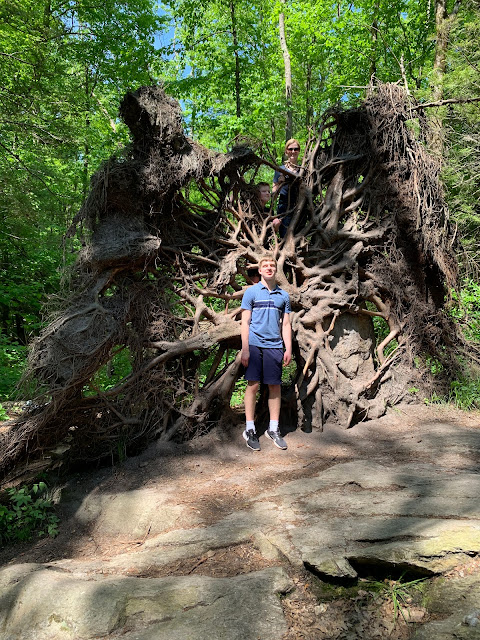 Very Lord of the Rings-ish 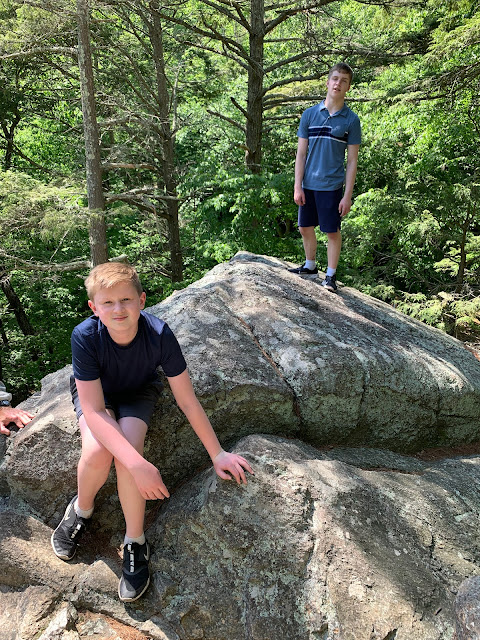 John and my dad climbed up this massive rock. Then they had to go down, which in some ways was harder! 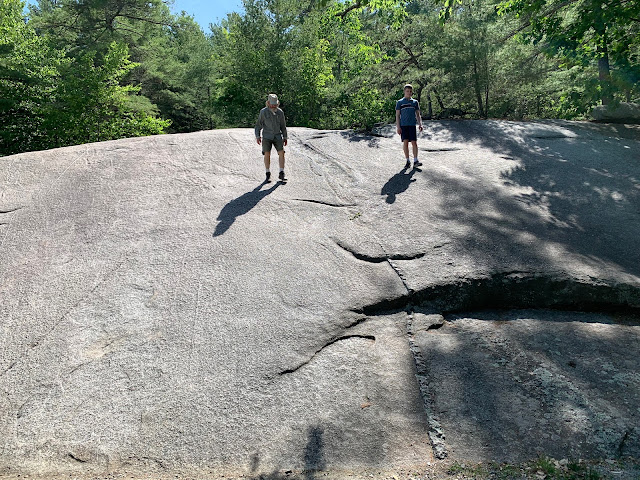 After the Chasm we went to a good ice-cream place that was nearby. Then we went home and took it easy for the rest of the day. It was a great day and I will always treasure it because it was with four of the most important people in my life: my kids and my parents. We had such a nice time together doing meaningful, special things. I'm thankful for times like these and I try not to take them for granted! 💖
Posted by Donna at 1:20 PM