This is my third year in a row doing a vegetable garden. I have a hard time getting started with them, but I'm always glad that I do it. Part of my problem is that for some reason I feel like I'm "cheating" if I buy seedlings, that it's not true gardening if you don't start your own seedlings. But it can be onerous to get started doing that in March or April when it still feels like winter out, hence my lack of motivation. This year I did some of my own seedlings but I also bought some at a nursery, and I found that I like starting a garden both ways. The latter is much more convenient, but the former is more personally rewarding, like they really are my little babies from the start and I get to watch them grow up. I know, I'm weird. Anyway, on to the beginnings of this year's garden, from the dining room windowsill to the raised garden beds...

The cucumber, zucchini, and tomato seedlings were coming along nicely! The long one leaning over in the second pot to the right is one that I'd bought a couple of weeks earlier. It was my adopted baby. 😄 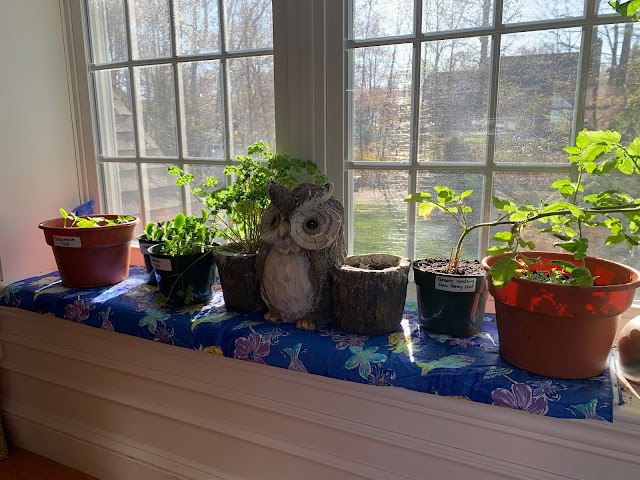 I had so much fun going here with two of my friends and picking out various seedling starts. This was a whole new world to me! I got broccoli, strawberries, two types of mint, chives, and rosemary. All I had to do was plant them when I got home. So easy! I can definitely see why people do it this way. 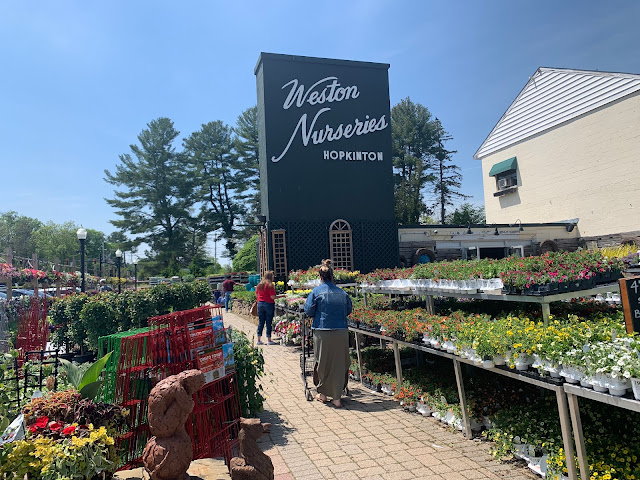 More growth and progress was happening on the windowsill! They were just about ready to transplant, which I did the weekend I bought the "adopted" ones. 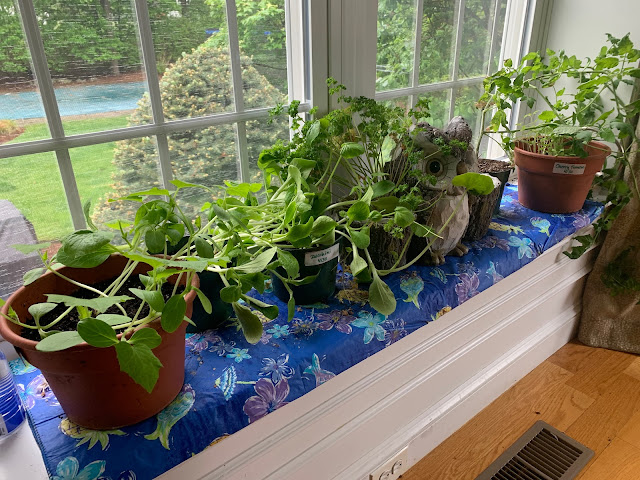 It was a hot, sunny Saturday when I did the planting. I didn't do a good job hardening the seedlings before transplanting and I was worried that I had blown it, and a few of them didn't make it, but most of them rallied and are growing well.
Here are the tomatoes. The big one on the end is the thriving one that I'd bought. The rest were still young babies. Probably too young! Mama gave them a bit of a rough start. 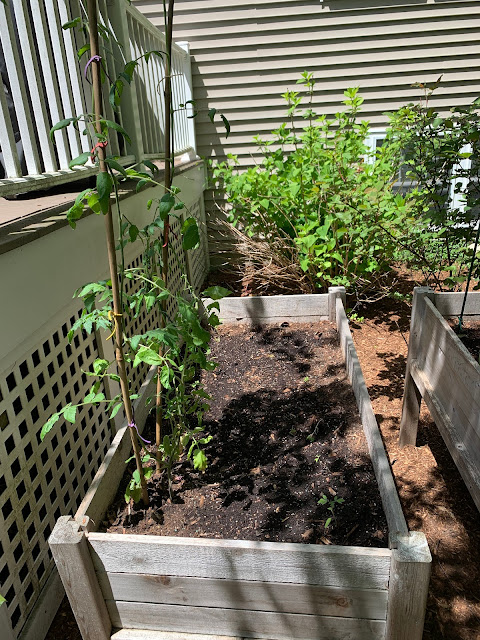 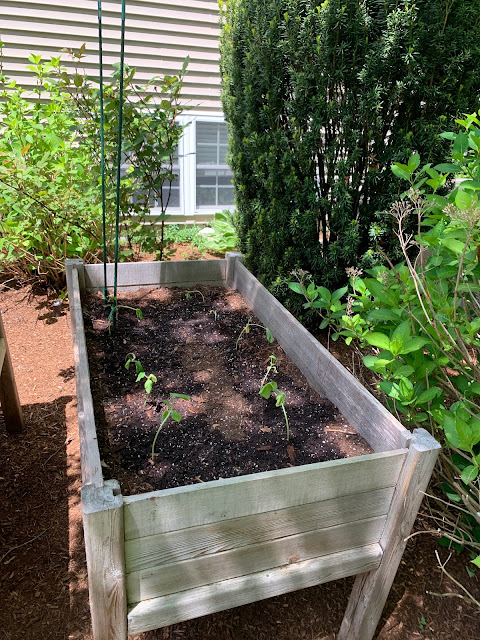 Both beds together; they're buds. {I don't know what's wrong with me today with turning my vegetables into my babies and children. I guess yesterday's Mother's Day post got into my system!} 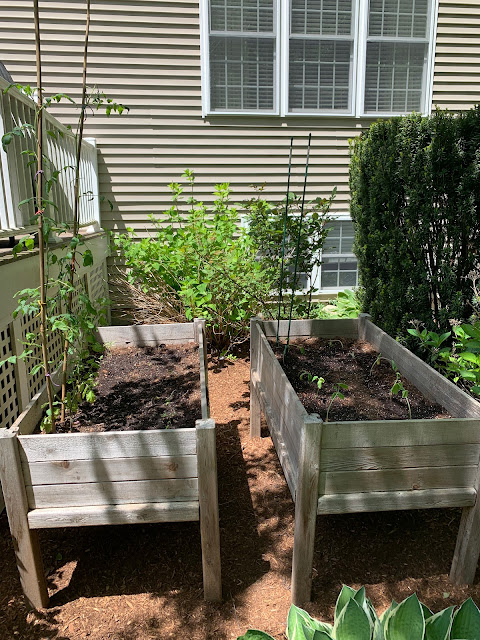 This is the zucchini bed. I dragged this whole bed, full of soil, several yards from its original spot to this new one, all by myself (nobody was home to help). It was HARD and so heavy, especially in the sunny, humid heat. But I did it! My arms were burning the next day. 😆 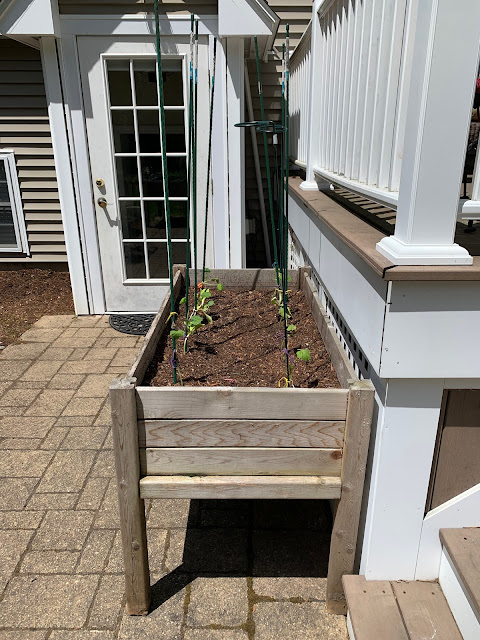 Strawberries on the right, broccoli on the left. 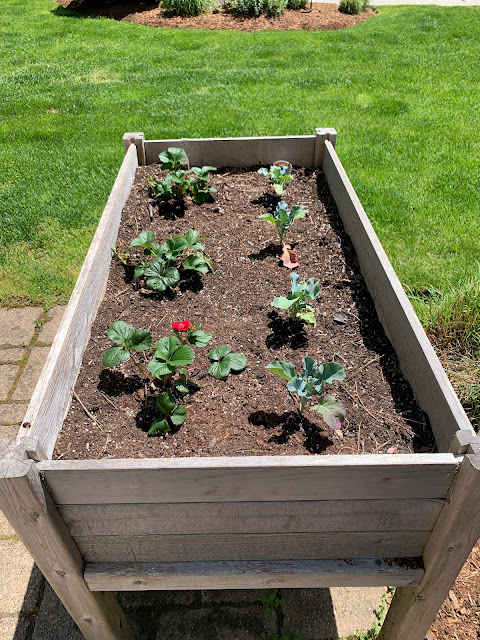 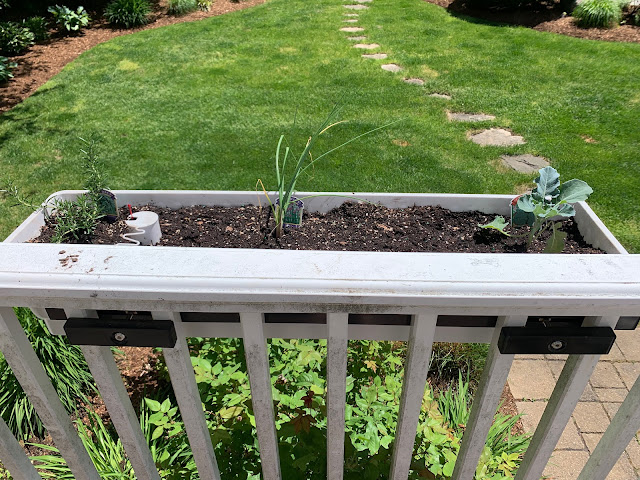 Peppermint, lemon mint, and another broccoli 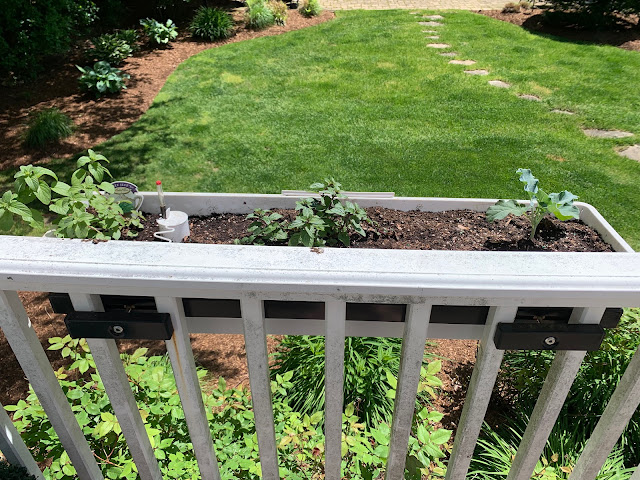 This broccoli got its own planter. And wouldn't you know it, it's the only one that went on to not produce any broccoli! What an entitled child. 😜 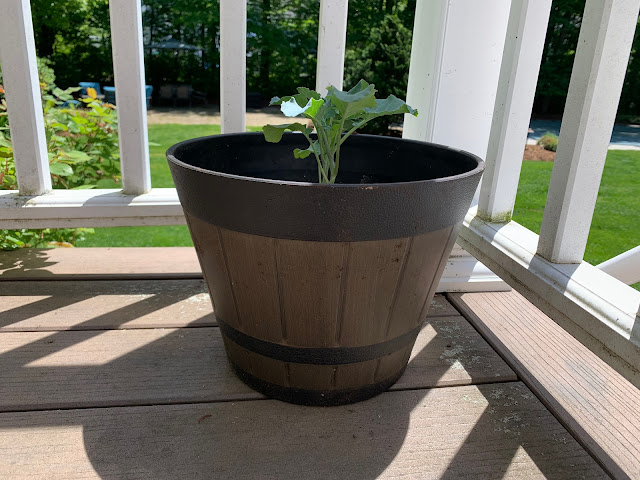 So that was the beginning of this year's garden. I'm very glad that I discovered the joy and ease of buying seedlings (or starts, as I believe they're also called), but I'll probably also continue to do some of my own. This was in May and I'm happy to report that now midway into July, the garden is growing well overall. More pictures (and produce!) to come in the next couple of months!
Posted by Donna at 3:47 PM