Sam's new bed arrived in boxes and it wasn't scheduled to be assembled right away, and we had to take his old bed apart anyway to make room for the new bed, so for about a week, he slept on his mattress in two different locations. The first was in familiar surroundings on the floor of his room. 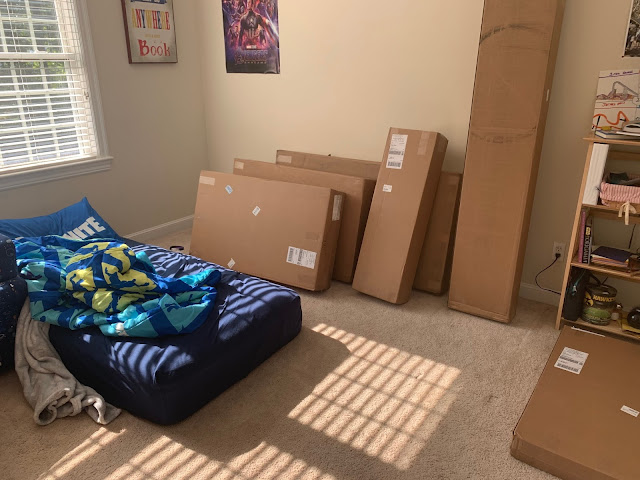 These boxes were HEAVY. The bed is made of very solid wood. 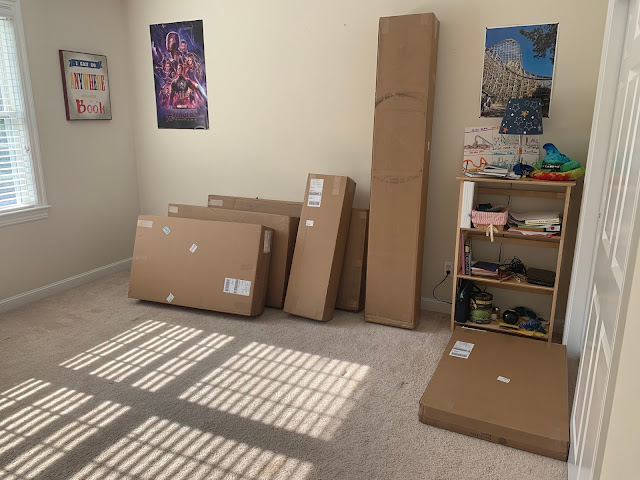 I hired an assembly team through Wayfair when I ordered the bed. The "team" turned out to be one guy, who was really nice. He kind of got started but then let me know that it was way too much for the time he'd been given and was being paid for by the company--they really should have sent a team or given him a whole day to put it together. So I got refunded for that from Wayfair and then hired the guy privately to come back a few days later to put it together on his own. It worked out well because he got paid a lot more than he would have otherwise by Wayfair, I paid less then I did to Wayfair, and I didn't have to find someone else to do it. 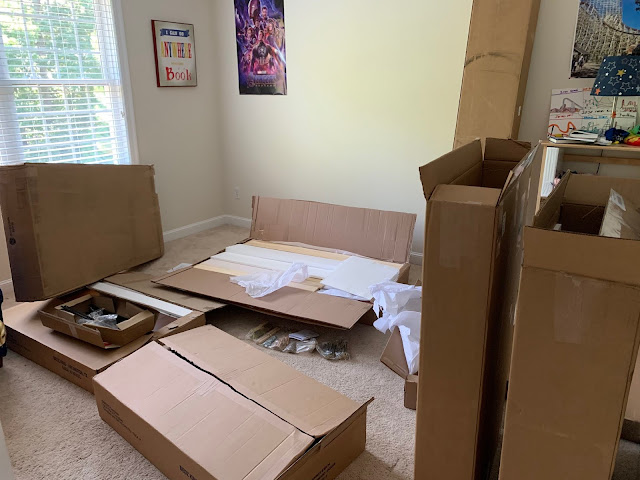 In the meantime, Sam's mattress had to be moved once again, and this time he slept in the master bedroom closet for a few days, where there was plenty of room for it because the closet is big. What a cozy set-up! He slept well in there. 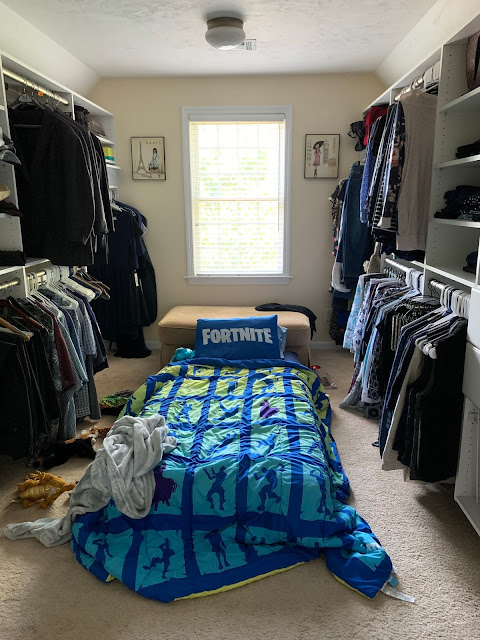 Here's another sneak-peek of the bed from a screenshot that I gave to the guy. Sam was so eager for this bed to get put together. So was I, by that point.

I got a new set of sheets for the bottom full-sized bed from Target (where the pickings were surprisingly slim, I think because of Covid and the havoc it's still wreaking on many items in the marketplace). We opened the sheets up so that I could pre-wash them, and Sam and Bentwood stretched right out on them first. They're so soft! The mattress took almost two weeks to arrive after I ordered it, even once the bed was put together, so he wasn't able to use them for a little while. Beyond doing this. 😄 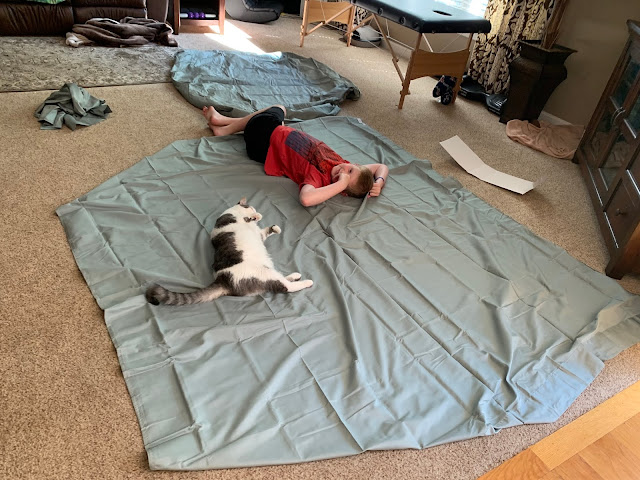 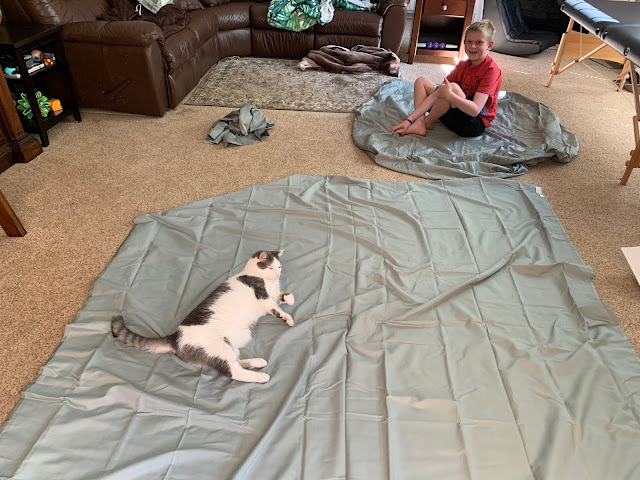 The next post will finally feature the grand finale--the bed!
Posted by Donna at 1:17 PM