Sam's Room: Out With the Old

In August and September, Sam's bedroom got a major overhaul. He wanted a new bed, and it was a good time for that since he'd been in the same bed since around the age of 3, and he was about to turn 11, so his new bed would be the bed he'd have through high school and beyond. He found a bunk bed that he really liked on Wayfair and it had great reviews so that's what we got. But before I get to that (in a future blog post), his room needed to be cleaned out to make way for the new bed, which was huge!

This loft tent bed was a good bed, and so fun for a kid. The slide brought a bit of the playground inside, and the under-bed fort area was fun and it was great for toy storage too. It used to have cloth panels that went up around it so that it really was a fort under there. Fast-forward about eight years and the panels hadn't been up in many years, the ladder rungs had broken off, the bed was pretty scratched up, and there's a long row of snake stickers going up the slide. It's been a well-used, well-loved bed (by a well-loved little boy!) 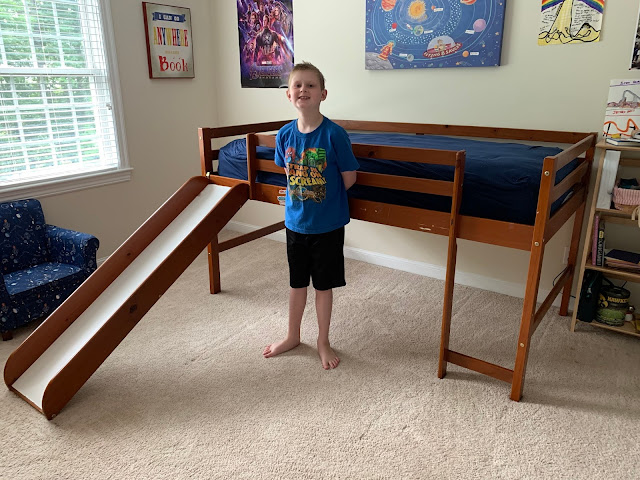 We also got rid of this cute little armchair that Sam had pretty much outgrown, and this little side table that we no longer needed. They will have a happy new home at my sister's house. 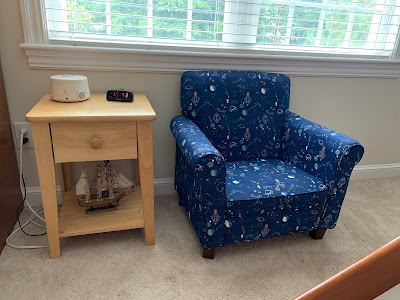 This was a good dresser that we bought for Sam's room when we moved to Iowa that we also no longer needed because his new bed had a lot of drawers in it (you can see some of them in the mirror--sneak peek!). So I sold this too, for the bargain price of $10 (and I sold the bed for only $5!). 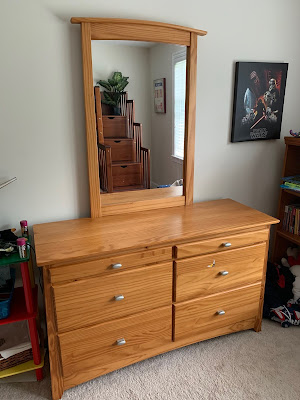 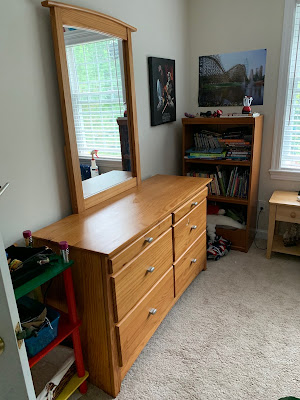 We sold this colorful pencil shelf from Hobby Lobby because he no longer needed it (there are two other shelves in his room). Isn't it cute though? 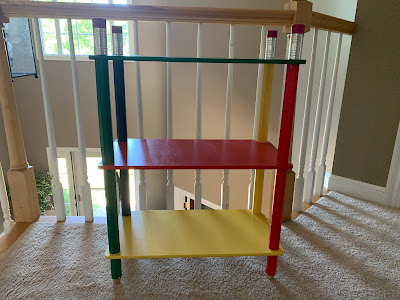 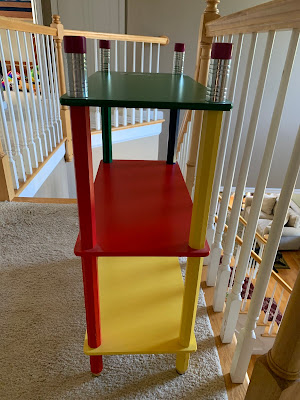 These two pictures also made their exit from the exalted spheres of Sam's room. 😆 I'd grown pretty attached to this Solar System one--we've had it ever since John was a toddler when he was really into planets and space things. It's been a colorful, fun, educational picture to have up on the wall in both boys' rooms over the years. I have it listed for sale on Facebook but no one has bought it yet, which is fine with me. I don't mind holding onto this because I'm sentimental like that. 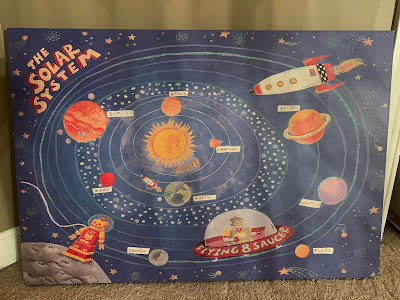 He's not really into Star Wars anymore, so adios, Star Wars and Kylo Ren. I sold this for $5. 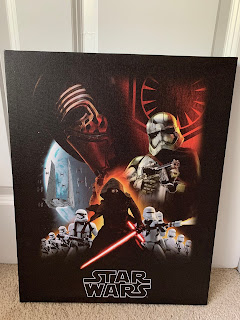 Tomorrow's post will be about Sam's temporary sleeping quarters while his new bed was "under construction."