The Boys' Cleaned Up Bedrooms

Here it is! Sam's new bed, fully assembled with the the new full-sized mattress and bedding on it! 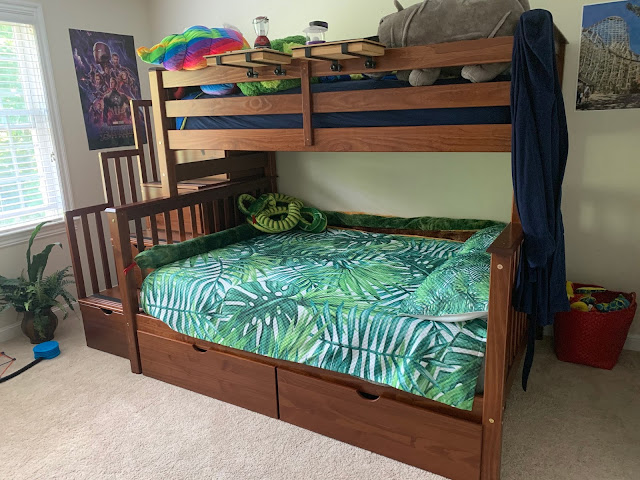 I decided to get a Nectar mattress after doing research and soliciting opinions in my town's women's Facebook group. It's one of those popular new memory foam mattresses that comes in a box, and thankfully it turned out to be very comfortable. In fact, the first time I laid down on it for more than a minute or two, I fell asleep! 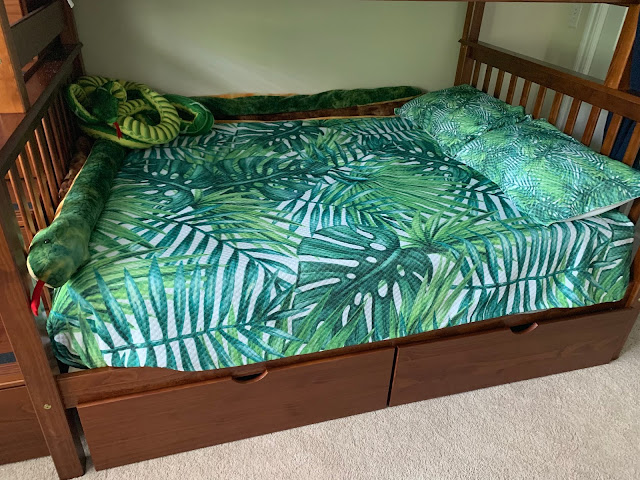 These four drawers that are built into the steps are great for storage, which was good since we no longer had his dresser and one of his shelves. 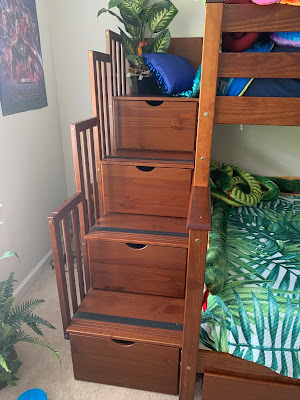 I don't have a picture of it, but on the end of the bed where the steps are, there are three shelves that are useful for holding things like his white noise machine. This really is a great bed--two beds in one, lots of drawer space, and shelves. And it's very high quality and solidly made. This was a Wayfair win! 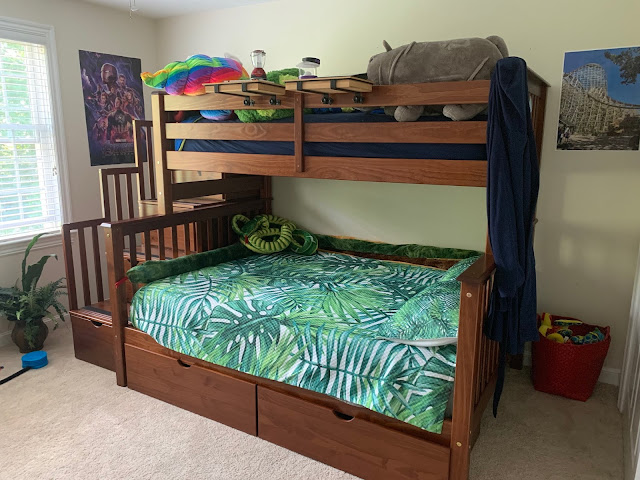 For a couple of weeks he put up blankets and made a fort on the bottom bed. He felt pretty cozy in there. 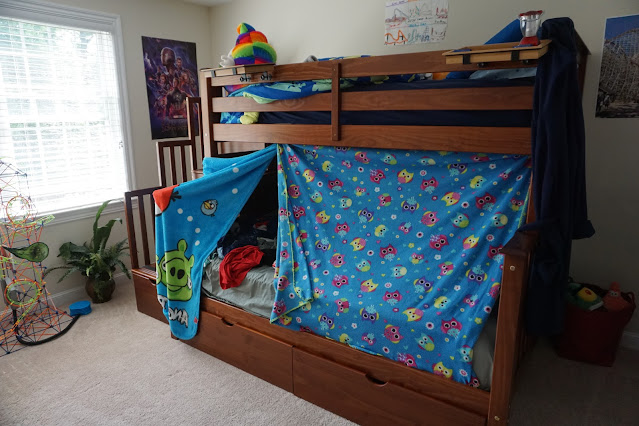 This was how the room was temporarily set up. I changed it around in October once he got a green screen for the wall for his birthday (pictures to come when I do my October posts next month). 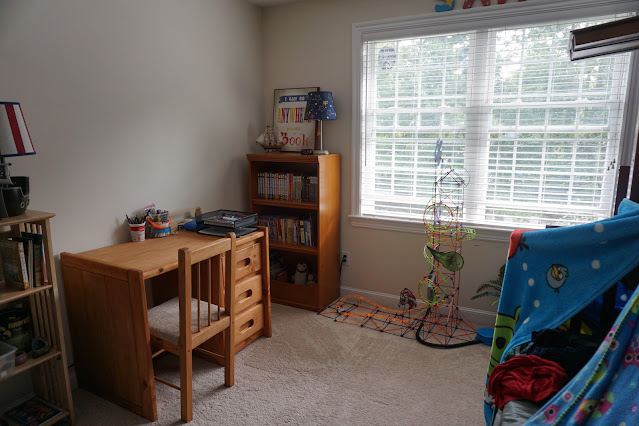 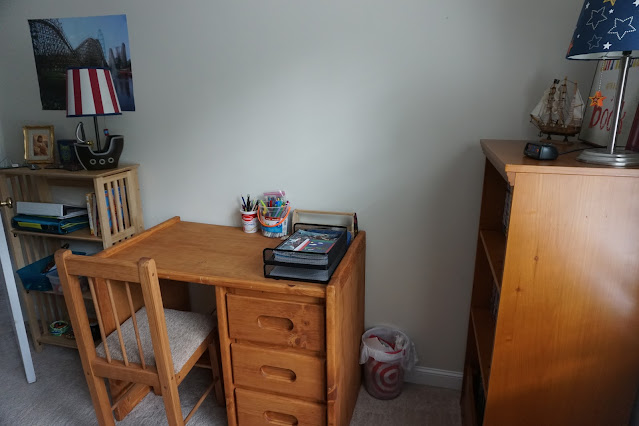 My goal was to have the boys' rooms all cleaned out and organized in time for school to start in the middle of September, and I'm happy to report that the goal was fulfilled!
John's room is always faster to clean out and organize because he doesn't accumulate nearly as much stuff as Sam does. Here's what his 15-year-old room looks like (not that the room is 15 years old--you know what I mean!). 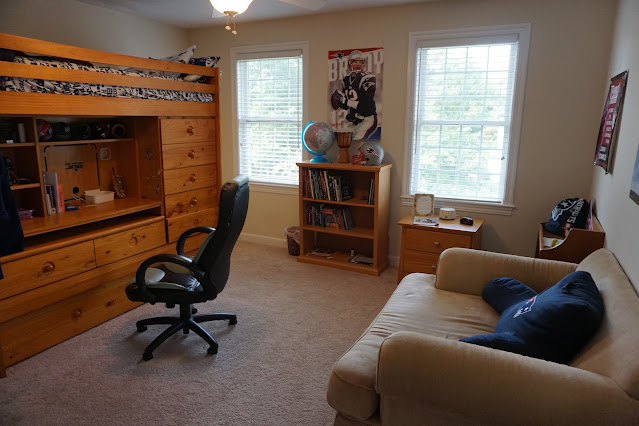 Bed, dresser, and desk, all in one, with a trundle bed to boot! This is the bed he's had since kindergarten and will now apparently have until he graduates from high school. We offered to get him a new one when we moved to Massachusetts two years ago, but he didn't want one! He likes his bed. 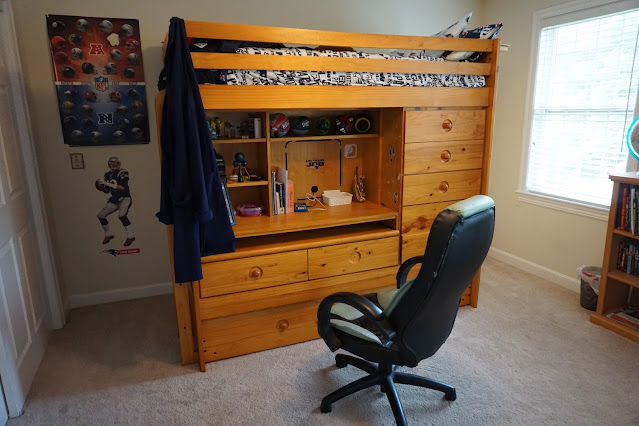 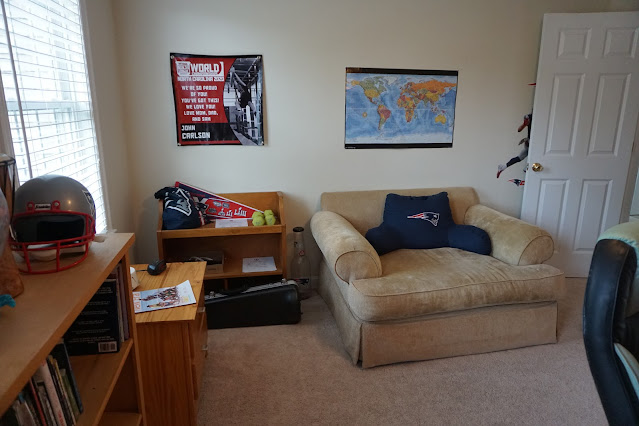 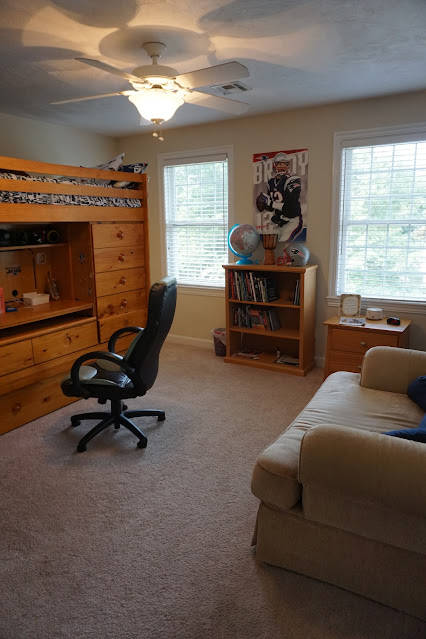 Clean, organized bedrooms are such peaceful havens--if only the boys would keep them that way! 😆
Posted by Donna at 9:52 AM