Last September really was a good month for Downton Abbey! Not only did the movie come out, but as I posted yesterday, I went to the Downton Abbey Exhibit in Boston, and then the very next day I went to a special Downton Abbey-themed murder mystery dinner at the MIT Endicott Mansion with my mom and my sister Jennifer. We had a great time!

First we took some unflattering (of me) selfies in the "powder room." 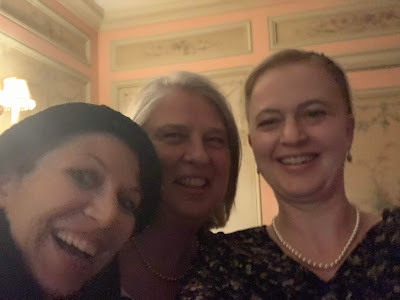 Sigh. Someday I hope I'll figure out how to take good group selfies. 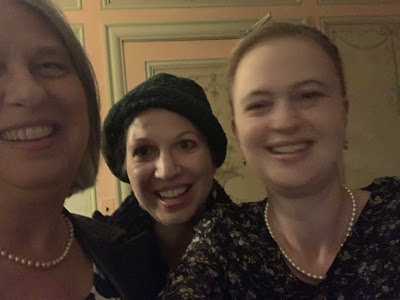 The table set-up was elegant, and the three-course dinner was good and English. 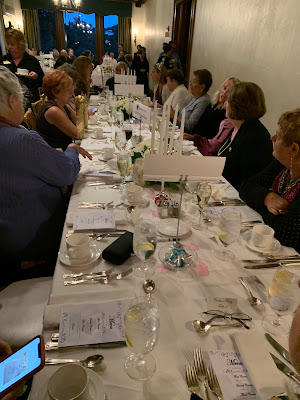 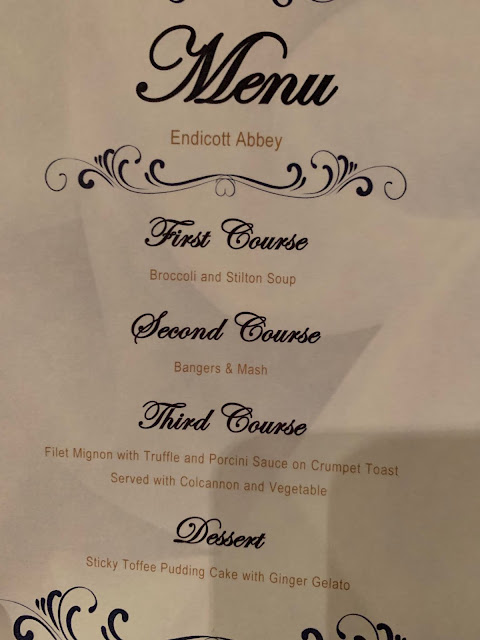 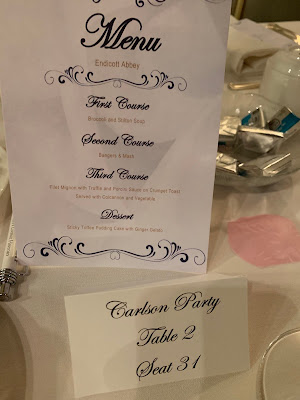 During dinner the actors acted out the mystery and we had to try to solve it with our tablemates.
Lord Grantham was the murder victim, but who was the murderer? We guessed Mrs. Patmore. 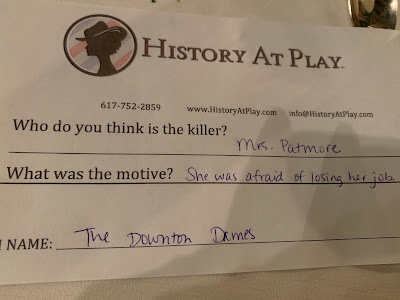 We were wrong. Honestly I don't remember who it turned out to be. I was disappointed with the mystery aspect because it was pretty flimsy and it could have been anyone. There weren't enough clues given. Clue Live (which we went to months earlier in the same place) was a lot better in terms of the sleuthing. But, it was still fun! It was more about Downton Abbey and dressing up and eating English food than anything else, I think.

My mom and her new friends who sat at our table. 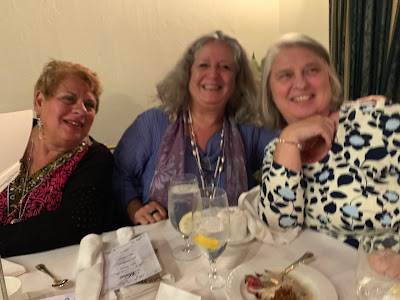 I came up with our group's name, "The Downton Dames." I know, I'm so clever. 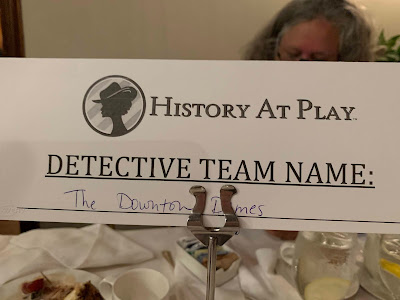 I look goofy again. I was particularly un-photogenic that night! 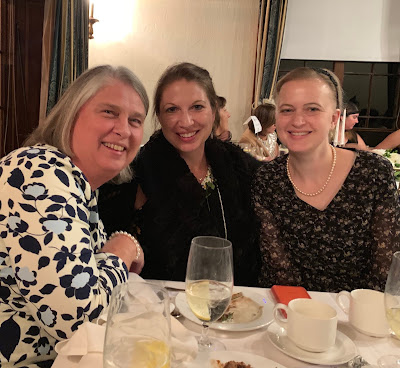 Some people got really dolled up! The lady with the purple fascinator won an award for her costume (or maybe it was just for her fascinator). 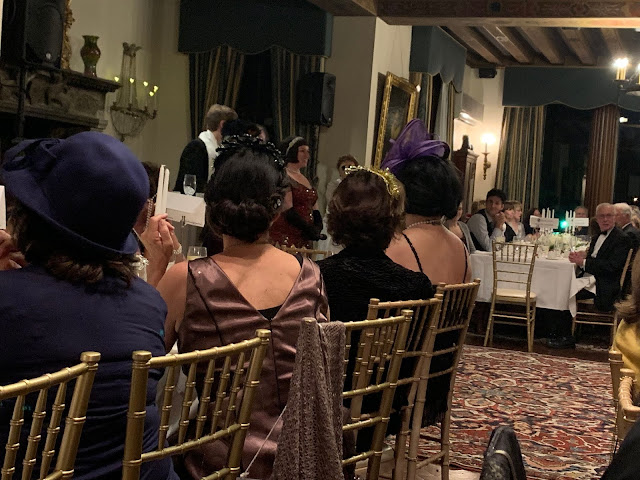 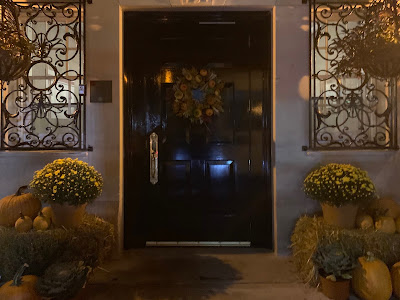 It was a fun way to spend an evening and I'm glad we went. Incidentally, I'm going to a Jane Austen tea party this Saturday at this very place and I'm going to wear the same dress [again]! No murder this time, though, just the polite society of fellow ladies (and perhaps a few gentlemen!).