I was surprised last October that there were a couple of fully bloomed hydrangeas still going strong in the yard. I had thought they all died out by summer's end, but apparently not. Just another reason to love hydrangeas! 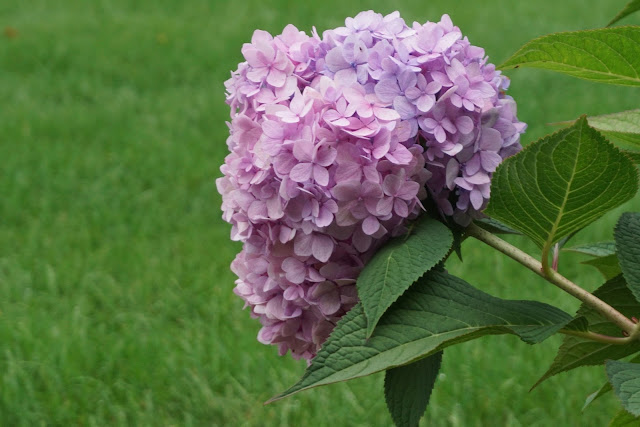 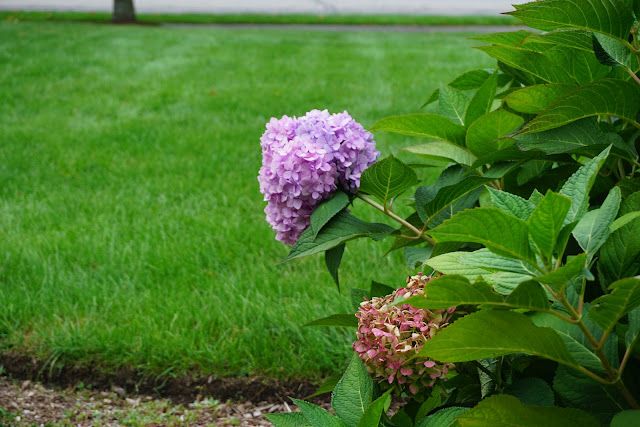 They provided quite the contrast with the fall foliage baskets that I'd just hung up from the porch ceiling. Summer and fall, my two favorite seasons! 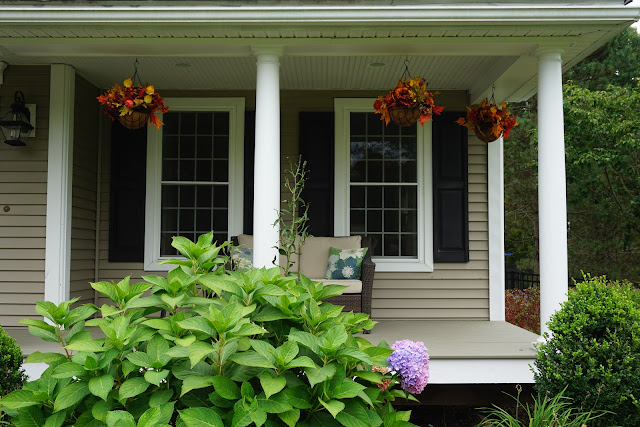 Admittedly, the contrast would be more impressive if the bush were actually covered in hydrangeas like it was a few months earlier, instead of just the few lone holdouts. But still, you get my point! 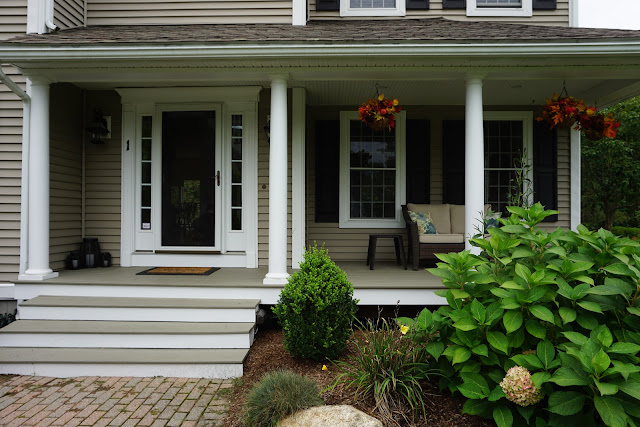 For these and so many reasons, October really is one of the loveliest months. I'm looking forward to putting together some blog posts about last October for the next couple of weeks. Stay tuned! 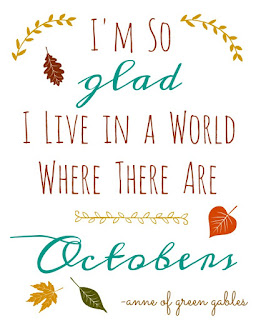