1. Seminary started this week. 😩 I'm a first-time early-morning seminary person, not just mom, but person, because when I was in high school early-morning seminary wasn't an option in my ward yet (thank goodness!) so we did home-study seminary. John, however, gets to do early-morning seminary from 6:00-6:50 in the morning, every morning, before school at someone's house in our ward. Which means he needs to be up by about 5:20, and me by 5:15. It's so early. Too early, I still think, for teenagers (and their parents), but I do hope and believe that the spiritual benefits will outweigh the physical drawbacks and inconveniences.

Having said that, I've been having a pretty rough time losing an hour of sleep each night, even with trying to go to bed earlier. John is handling it much better than I am. The enviable vigor of youth! He's enjoying seminary, and starting his day out with his church friends is a good way to start his school days. Now my poor tired body and brain just need to get on board! 😪

2. I got this cute shirt at Talbot's. I like it a lot. I think I'll wear it to the Downtown Abbey Exhibition in Boston next week. Not with white jeans (which I don't even have) but with nice dark blue ones. 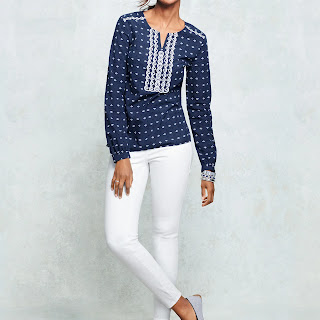 3. This week I had our grill professionally cleaned (it was in pretty bad shape), had tree work done in the yard (some trees that got uprooted in the winter/spring were taken down and new ones were planted properly in their places), and I finally got the leaking fridge fixed. Small but significant household victories, all of them! Especially the leaking fridge. No more mopping up big puddles!

4. Yesterday The Wall Street Journal released their annual college rankings for this year. I was happy to see that my alma mater made it to the #4 spot. I've never seen it ranked that high. It's been in the top ten for a long time, and now it's finally cracked the top five!

Penn ranked well for student outcomes as well. I can attest to that! (Thanks to Peter! 😁 But I would have done well on my own, too. Probably not as well financially, but still well as I worked my way up in the NYC publishing world. Theoretically.)

5. In related news, something else that happened yesterday was that I became a "Top Fan" for Hallmark Channel on Facebook. Look at what good things I'm doing with my fine Ivy League education! 😂 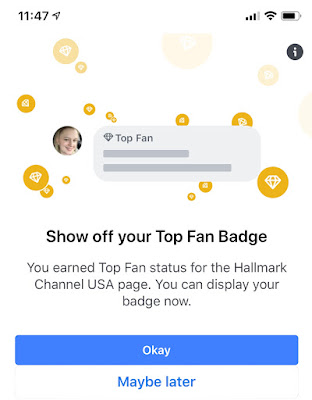 My weekend plans include helping with a charity fundraiser bake sale for children impacted by the immigration crisis at the border, getting caught up on sleep (hopefully), taking down all the summer things in the house, and decorating for fall. Soon it will be that lovely time of year once again!