Our first Halloween as a family (of three, since Peter wasn't there) in Massachusetts (and my first Halloween in MA since my senior year in high school, 20 years ago!) was fun!
{I apologize for that disjointed, parenthetically-superfluous, poorly written sentence. But to be honest I actually kind of like it! 😄}

The candy bowl was well-stocked, and most of it was given out that evening. We live in a good neighborhood for trick-or-treating! 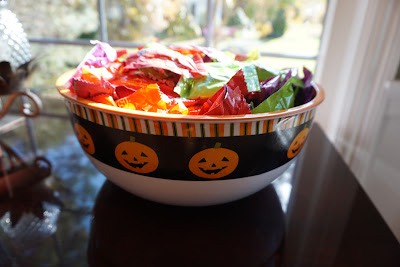 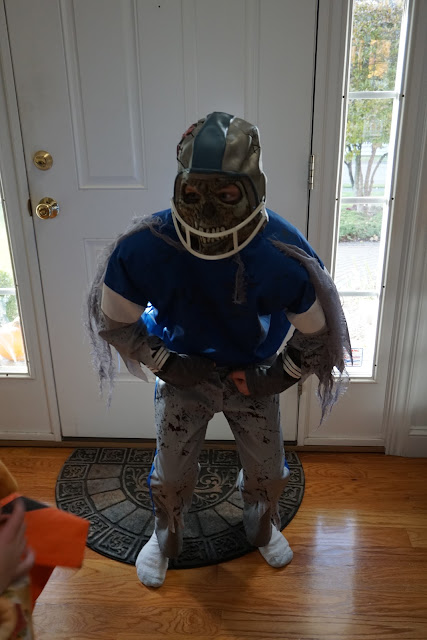 And Sam was a taco again. 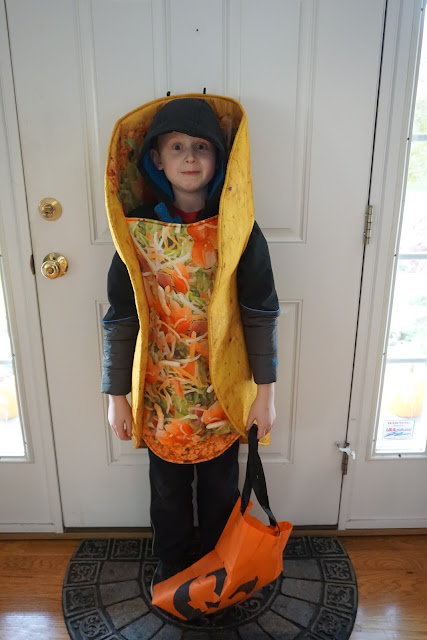 They both wanted to re-use their old costumes and I had no problem with that! 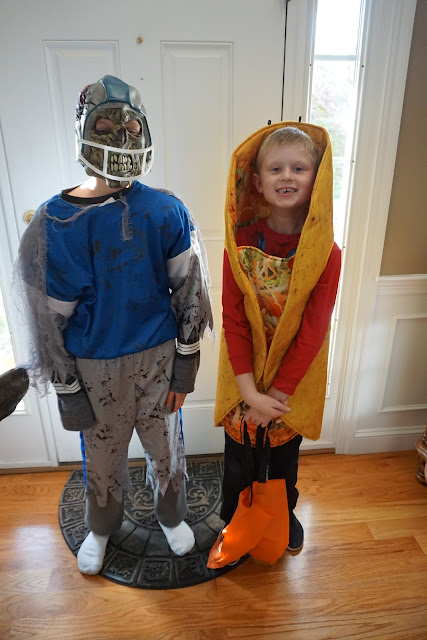 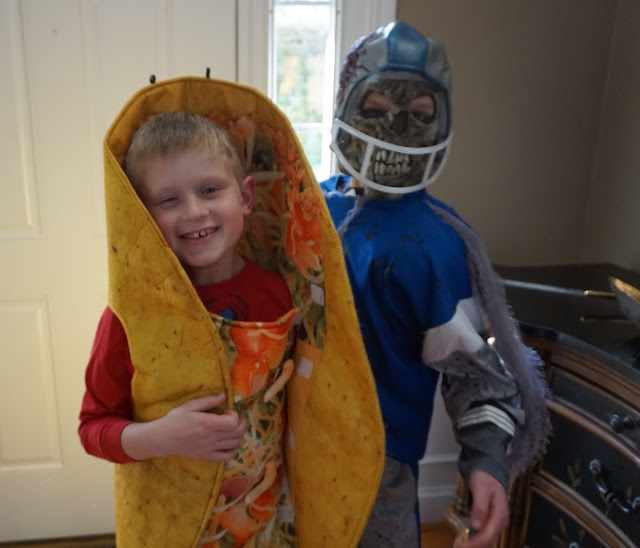 Here's Mr. Taco headed out the door to a pre-trick-or-treating neighborhood parade and potluck dinner with his neighbor friend. (This really is a good Halloween neighborhood!) 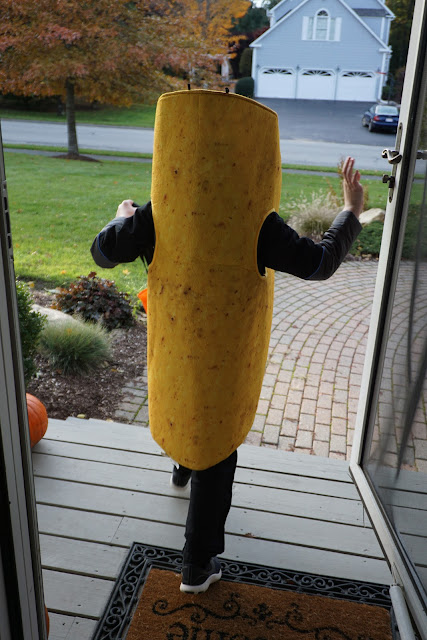 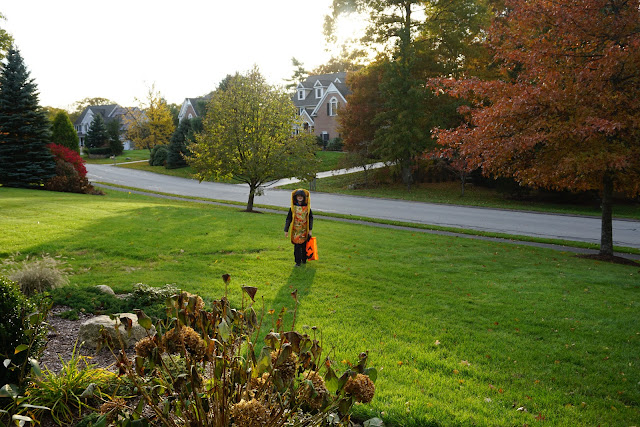 Check out my nice and simple front porch Halloween decorations. 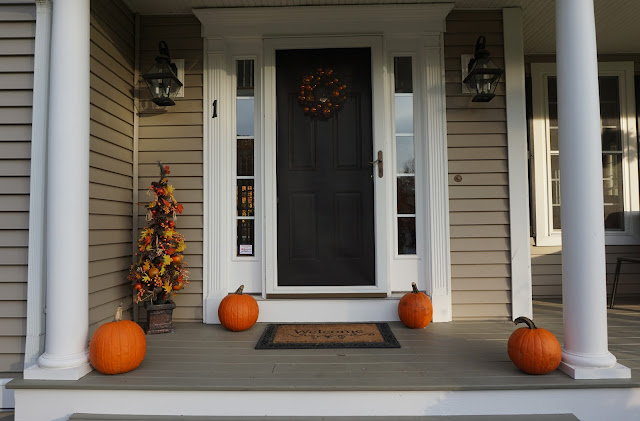 
Carving jack o' lanterns is right up there with apple-picking as one of my most-disliked fall traditions. Sam draws or paints on the pumpkins instead--much easier, neater, and safer. And just as fun, I might add. Although not as sensory. I do like the feel of pumpkin goop and the taste of roasted pumpkin seeds. But not usually enough to make jack o' lanterns. 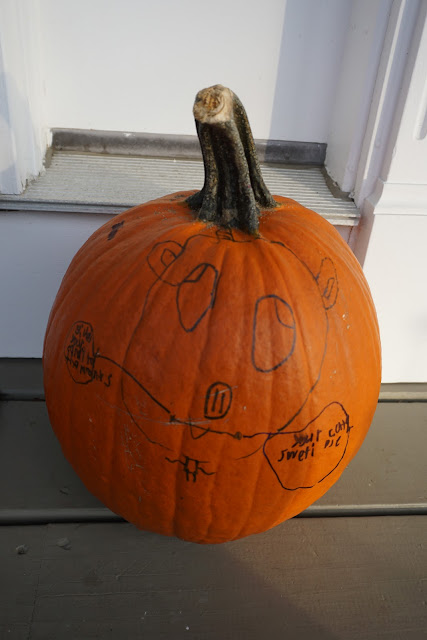 It may have been John's last year going trick-or-treating now that he's a big bad high-schooler this year. He went with his neighbor friend, who had one of those funny dinosaur costumes that have become so popular. 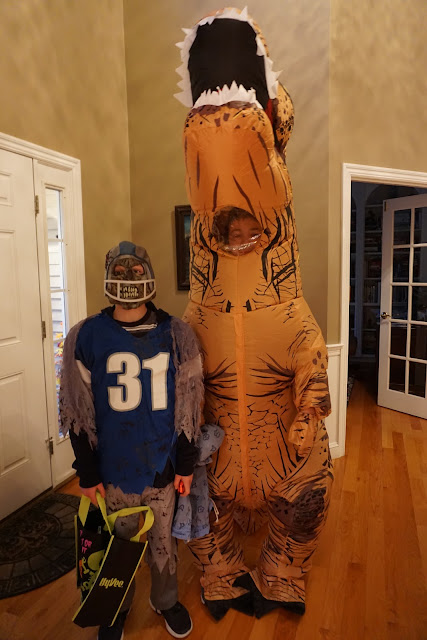 Sam's candy haul. I took all of the Snickers (he doesn't like them but I do!). 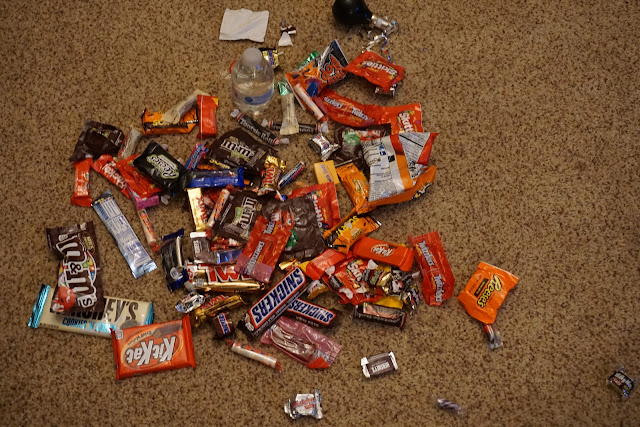 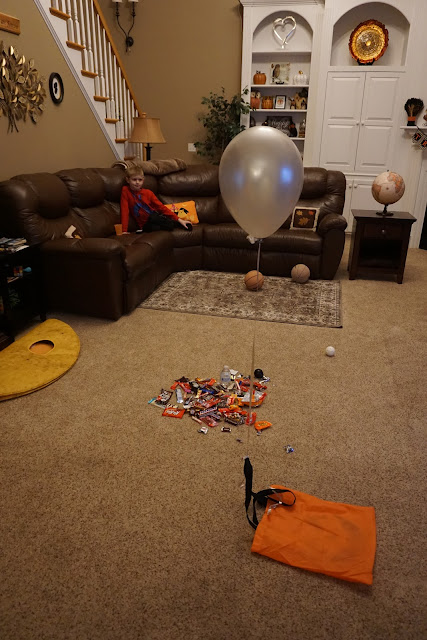 It was a fun Halloween!