I got him a cake in Hawkeye colors since it was going to be his last birthday in Iowa (unless he ends up going to college there or some other nice scenario like that!). 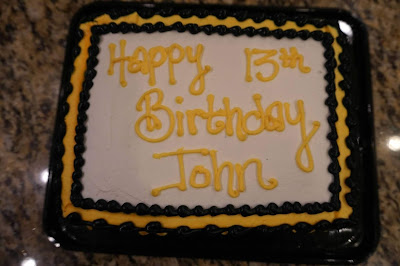 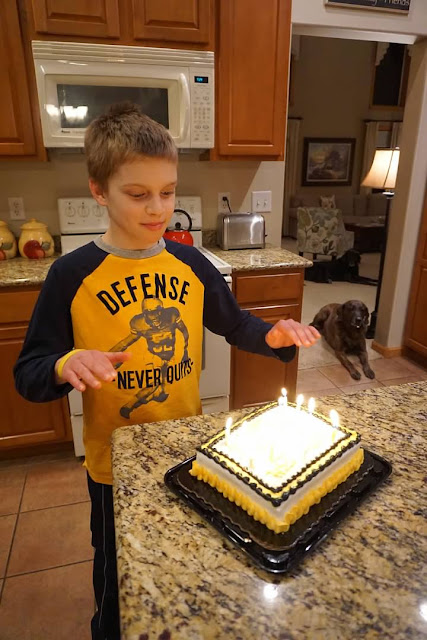 We only got him two presents because the big one was indeed a big (and expensive) present. 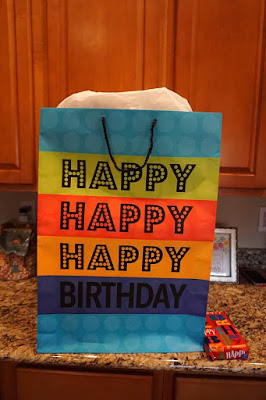 It was a hoverboard! 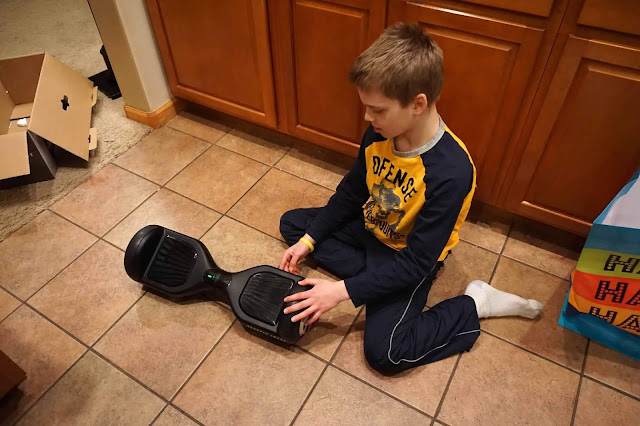 John has excellent balance and it didn't take him (and Sam) long to figure out how to use the hoverboard, and before I knew it, they were zipping around the house on it! 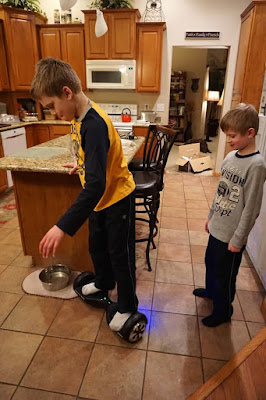 See? This was later in the month. 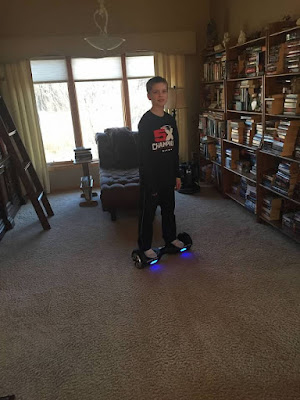 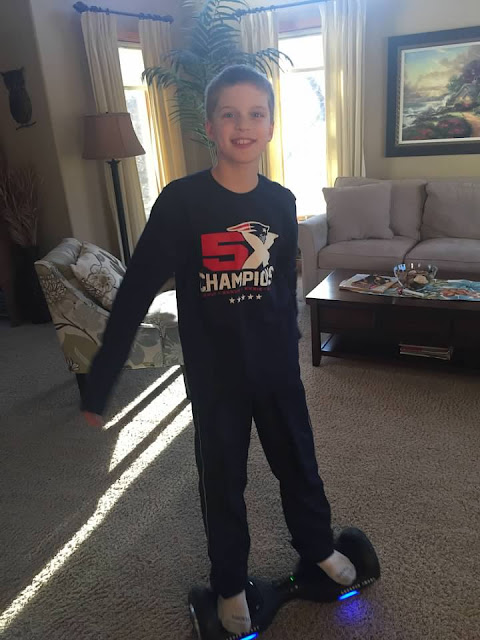 We celebrated John's birthday the weekend before his actual birthday so that Peter could be there and because the following weekend we were going to be on vacation. So on John's actual birthday, I made him a special breakfast that included a frosted sugar cookie from Trader Joe's (he loves those cookies!) with a candle in it. 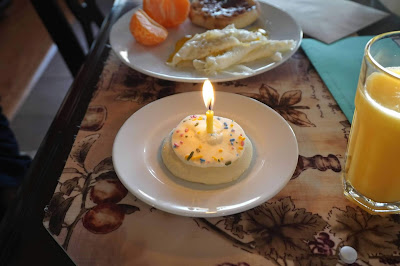 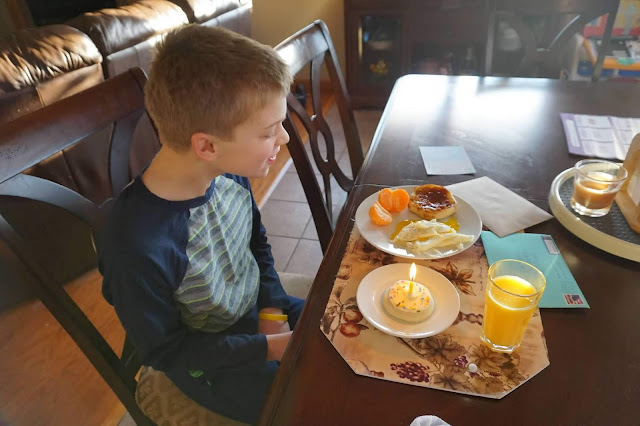 It was a fun birthday week for John. I felt (and still feel) too young to be the mother of a teenager!