1. It's been one of those weeks where I haven't been on top of my game at all--too much to do, too many things that take me out of the house, too tired, headaches every day (both literal and metaphorical ones), and constantly feeling a little behind on things. Evidence of this: I completely forgot that it was Teacher Appreciation Week, which I feel so bad about. I also haven't exercised once this week; I haven't had time or if I've had time, I haven't had the energy to do it. But now that it's the end of the week I'm feeling a lot better and am hoping to be back to my organized, energetic self next week. I better be! There are some important things I want to get done before the last day of school, which is less than three weeks away!

2. So it's going to be Hillary Clinton and Donald Trump running for president. I won't get into my thoughts on this, except to say that I'm a little disappointed in and bewildered by the choices. And then there were these two? Really? But I must say that the shallow part of me is excited at the prospect of a Battle of the Blondes for president for the first time in history. We blondes have to stick together. 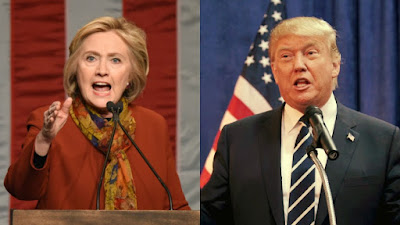 That's my personal hashtag for this race: #BattleoftheBlondes.
And this one too: #HillaTrump! 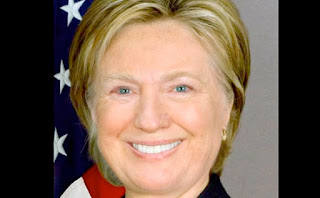 3. Speaking of the candidates and their hair, Bernie Sanders' hair reminds me a lot of my own hair on days that I don't wash it. It sticks out just like this unless I'm able to successfully tame it! 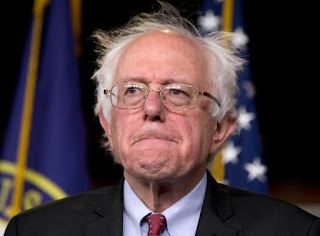 Also, Hillary's hairstyle is pretty similar to my own now that I've gotten it cut shorter (except hers has a lot more volume than mine, which I'm jealous about). I've been really quite amused that my hair shares similarities with both of the Democratic candidates' hair. I can't even tell you the strange enjoyment I get out of this fact.
#shorthairdontcare #crazyhairdontcare
#democrathairdontcare (that one's my favorite)

4. Wednesday was May 4th, Star Wars Day. Sam was excited about this and I indulged him and took him to the store to pick out a Star Wars toy (where he then decided he wanted a big set of Pokemon cards instead, which I refused to get for him. "It's Star Wars Day, Sam, not Pokemon Day! The only reason we're here is for Star Wars!").

In related news, this was the best thing about Star Wars Day that I saw anywhere:

"A long time ago, in a galaxy far, far away, a single man in possession of a good fortune was in want of a wife." 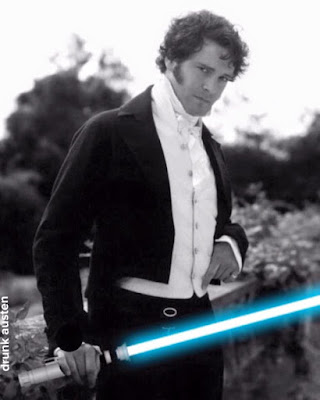 And of course: "May the Firth be with you."

Now that's something to celebrate!

5. Speaking of handsome British men, I've been enjoying watching the new season of Grantchester on PBS. It's a good mystery show with well-developed characters. Especially that hunky. smart vicar Sidney Chambers. And Amanda looks so much like my friend Michelle who moved away last summer.
Anyway, yesterday I took one of those silly but fun quizzes to determine who my BBC husband is, and it was none other than Sid Chambers! Woo-hoo! 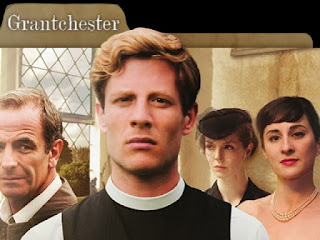 "You find a brooding man of the cloth with a colored past irresistible. You don't mind that he doesn't have a penny to his name, just look at those eyes. You long to put on a jazz record and find yourself lost in his embrace. His brilliant mind and knack for solving mysteries will insure that your life together is never dull. Your BBC husband is Sidney Chambers."

(Except I don't like jazz music that much--though I would gladly tolerate it while "lost in his embrace"--and I would probably mind a little bit if he didn't have a penny to his name because I like to go on cruises, but the rest...yes, yes, yes! Except for the fact that I'm already happily married! Sorry Sid, but like Amanda, I'm going to have to break your heart. I'm sure you'll survive.)