I know, I know. Who blogs about Valentine's Day in May? Especially on Cinco de Mayo, of all days?
I do, that's who. I'm playing catch-up!

This will be short and sweet!

Some decorations around the house.
I think these Cupid owls are adorable! 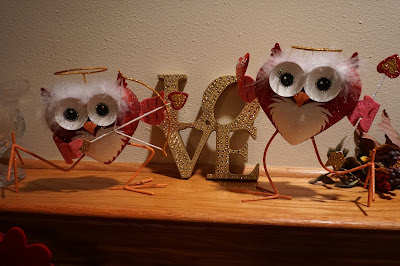 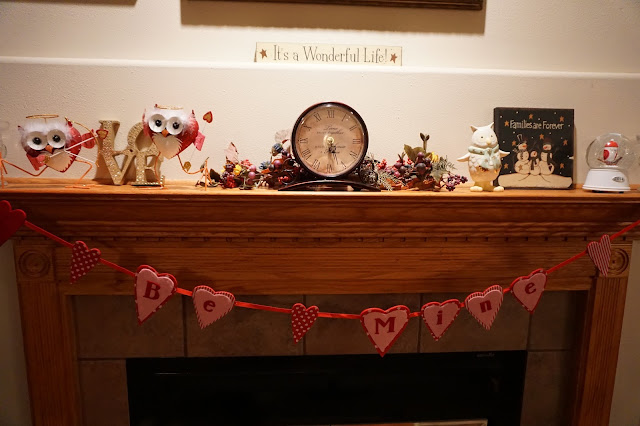 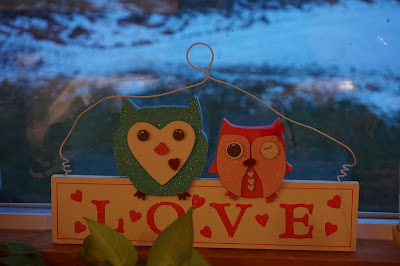 The boys writing out their valentines, which were indicative of their current interests: Sam's were Star Wars sticker boxes and John's were sports-themed. 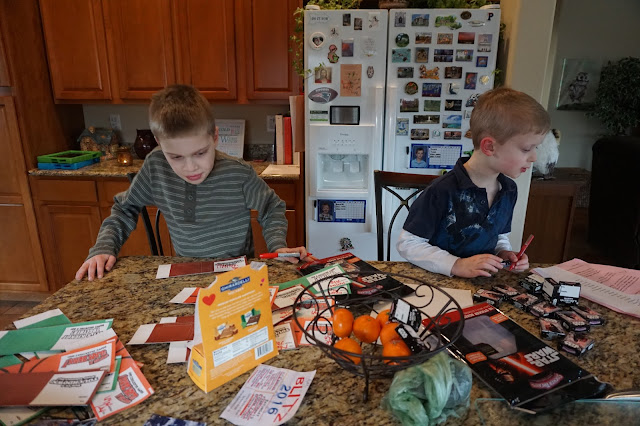 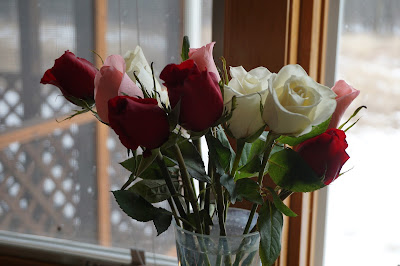 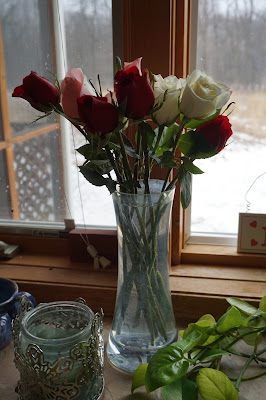 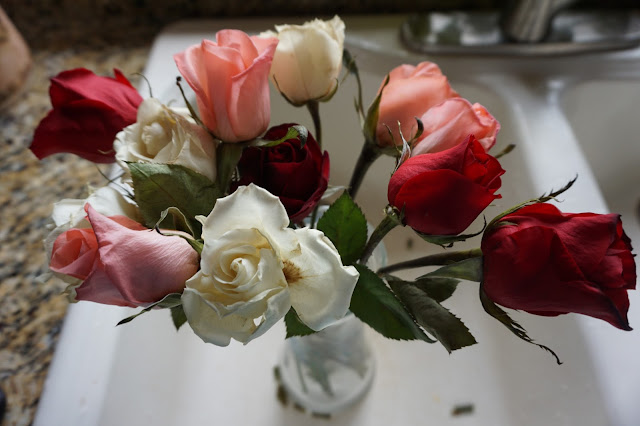 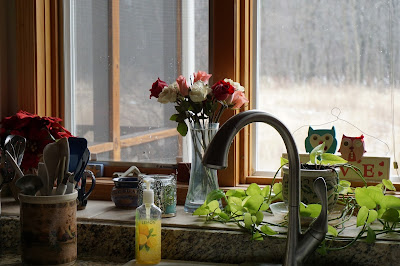 And then they were dead (a week or so later). 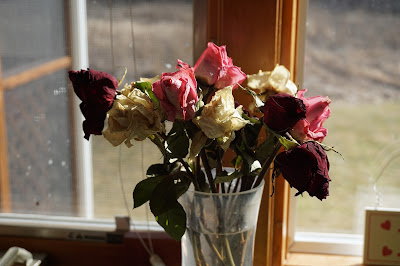 I think there's still something beautiful about withered, desiccated roses. I like to keep them around for awhile.
I once had a somewhat ill-conceived but sweet goal to save every rose Peter ever gave me, and once that became too much (literally), I tried to keep one rose from each bouquet he got for me, but I had to give up on all of that by somewhere around the first year of our marriage. I hadn't anticipated the number of roses a generous and romantic young man in love will give to his beloved. There were too many! And a hoarder of dead roses was not something I wanted to be. 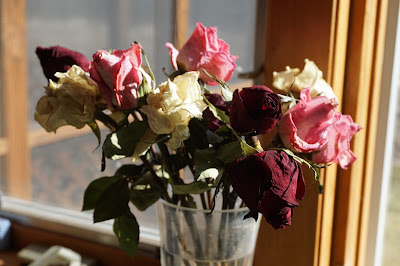