I bought a bouquet of orange roses from Costco this fall, and they didn't disappoint. Sometimes you get a bouquet that turns out to be a dud--the flowers barely bloom and you have to throw the whole thing out a few days later. Other times, the universe smiles on you and you get a bouquet that blooms beautifully and sticks around for awhile.
Have I mentioned before that roses are my favorite flower? I love roses.

This was when they were still pretty new.
I like how they're illuminated at night under the kitchen's recessed lights. They practically glow! 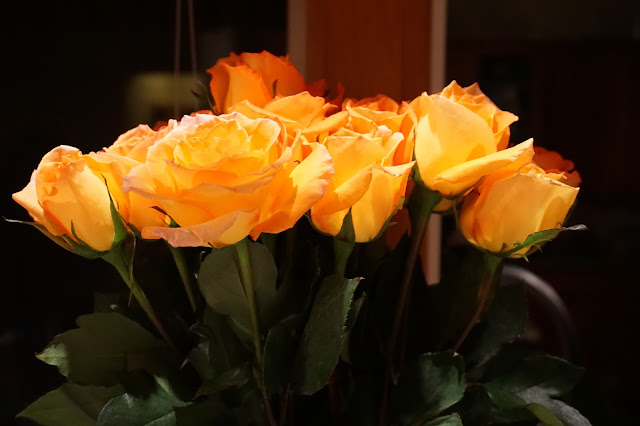 The blooming was progressing beautifully (literally)... 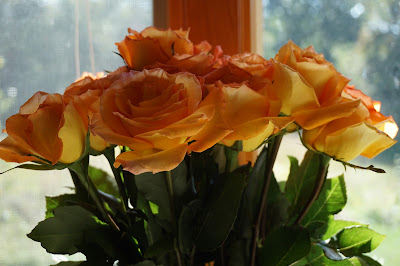 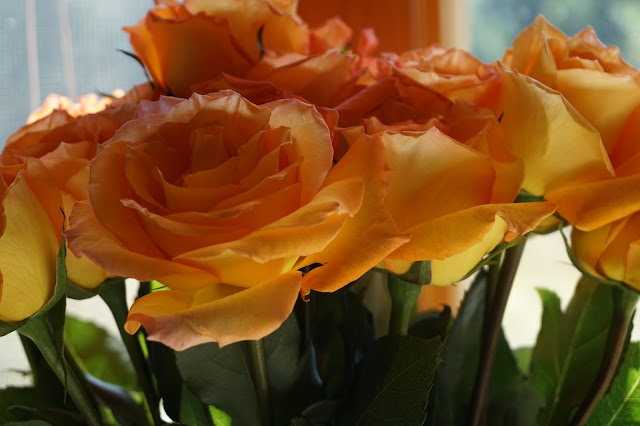 I usually put my bouquets on the kitchen windowsill where they get plenty of sun and are in full view. 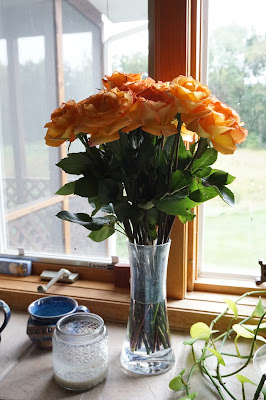 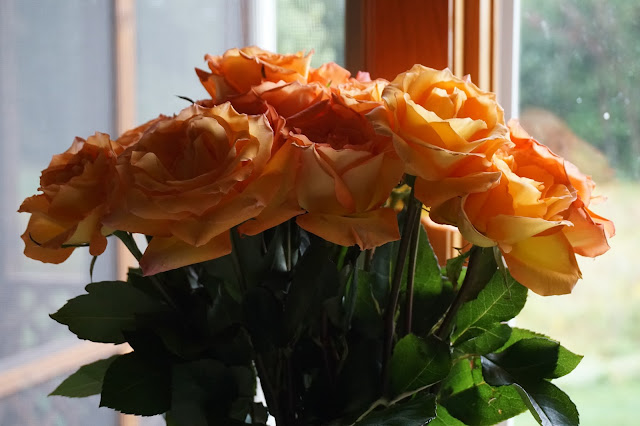 When I take pictures of still objects like this, sometimes I like to do this thing where I zero in on the subject.
Like this:
The whole picture... 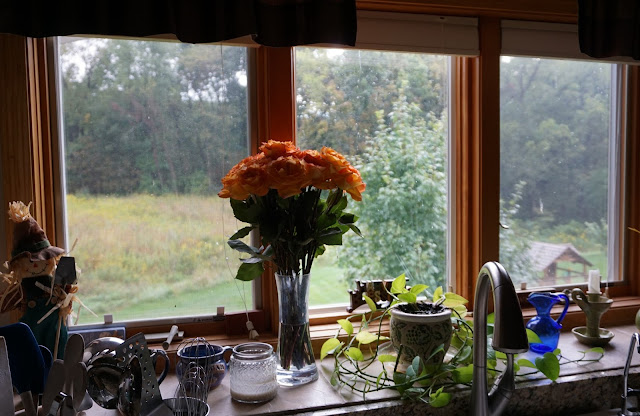 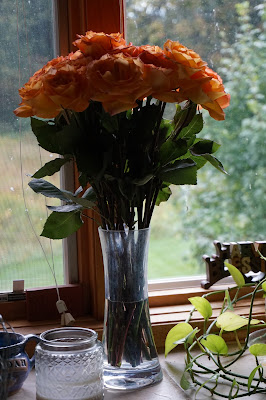 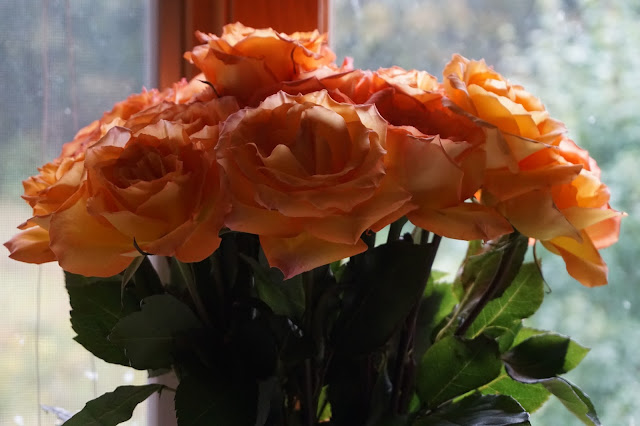 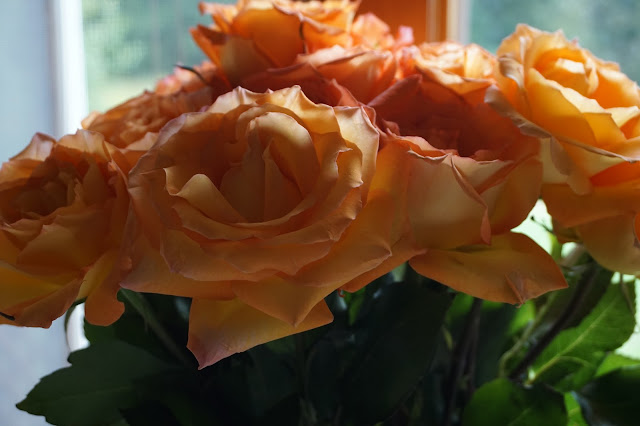 After about two weeks they were still going strong. They'd passed the crispy, bloomy stage and were beginning to soften and fade a bit as the wilting process slowly began. They were still so pretty to look at. Roses like this really know how to gracefully age. 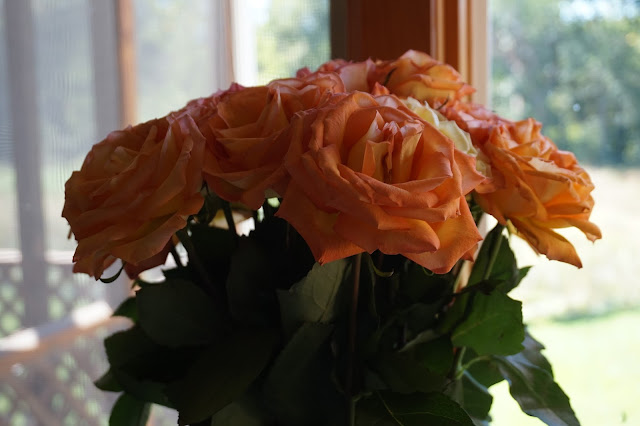 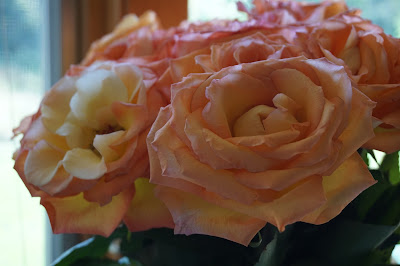 In their final days, there was this one rose in the middle of the bouquet that almost turned white (it really was aging!) and it looked like it was being smooshed by its puffy neighbors and was fighting for its place, still trying to be seen. I thought it was funny. These roses had it all--beauty, drama, and humor! 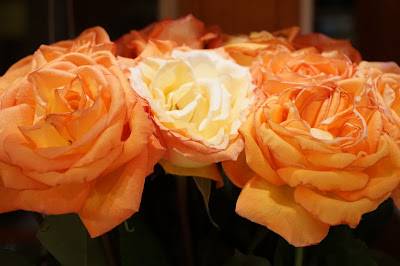 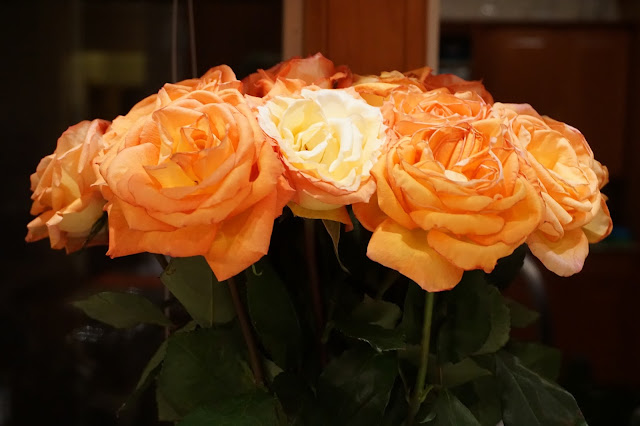 "A thing of beauty is a joy forever."
(Especially when you document it on your blog!) 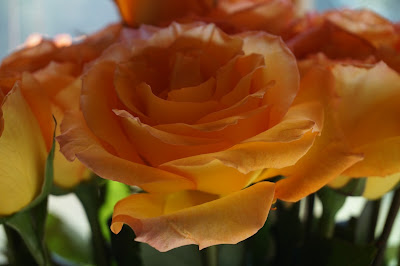