Finally...a sunrise that's not from my front porch! This beautiful sunset happened when we were in Nauvoo, Illinois last month. We went to a fun theatrical show put on by the senior missionaries and when we came out of the Cultural Hall, this is the view that greeted us at the end of the parking lot. 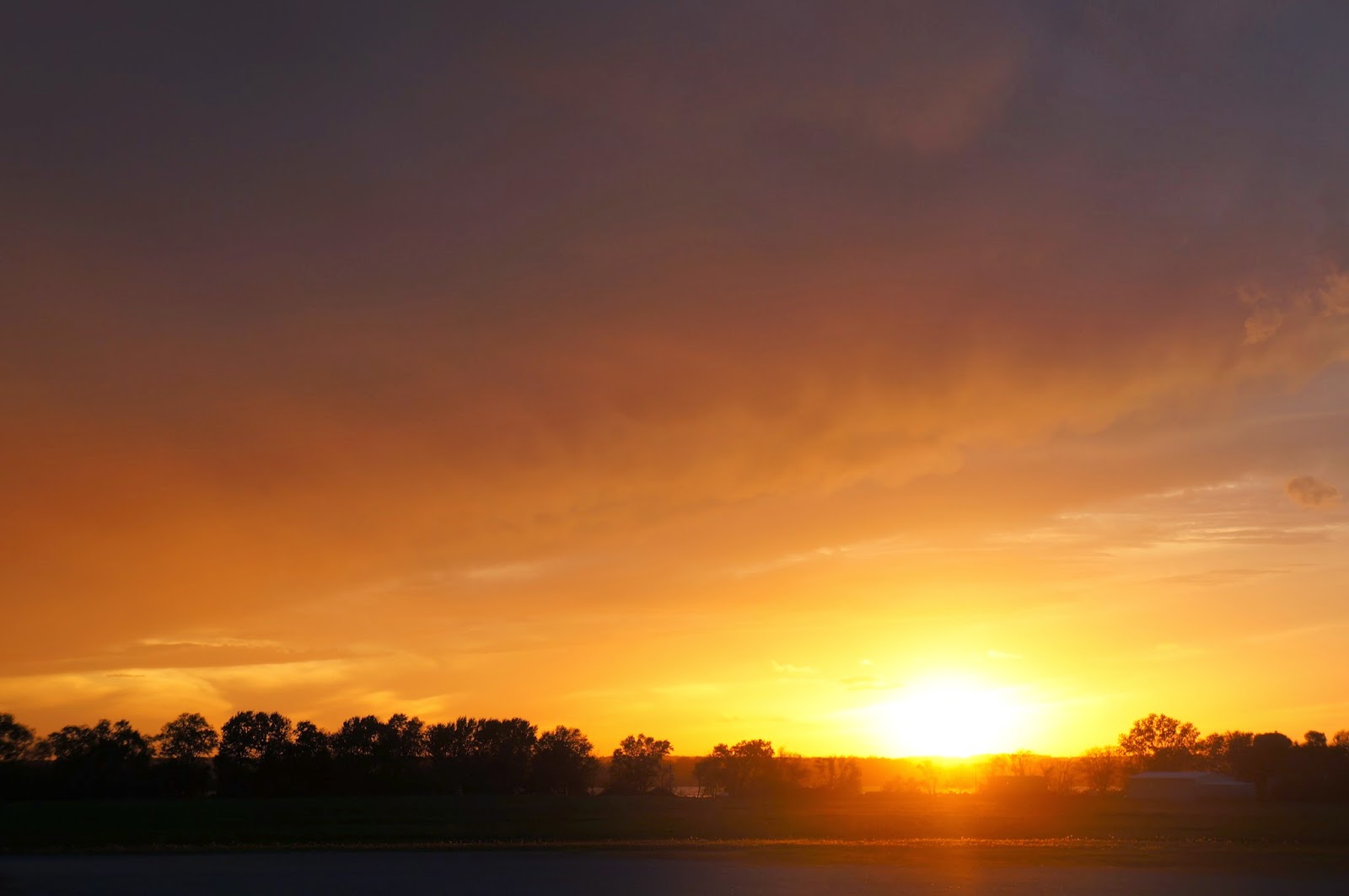 It was really pretty and dramatic, with the brilliant glow of the sun on the horizon lighting up the big puffy storm clouds above. We went up to the temple to see what it looked like from there, and we were richly rewarded by the stunning show the sky was putting on that evening. My Dad and I got out and took pictures because we love this kind of stuff, while Peter stayed in the car with the kids (Sam was fast asleep, and John was tired).

There was a storm coming in that night, so half the sky was all lit up and peaceful, and the other half was imposing and threatening, and it all came together really, really well. Mother Nature is a genius. 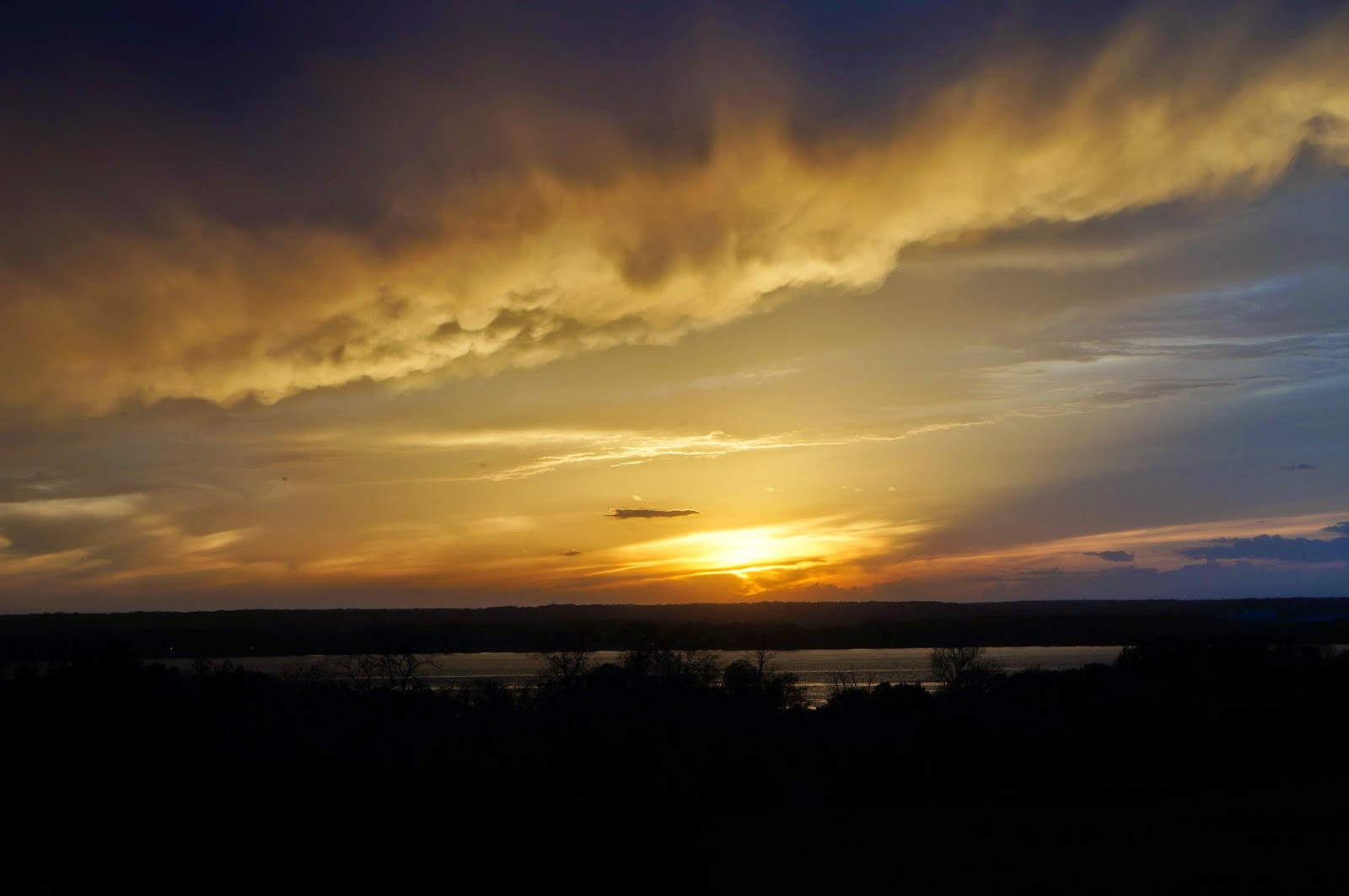 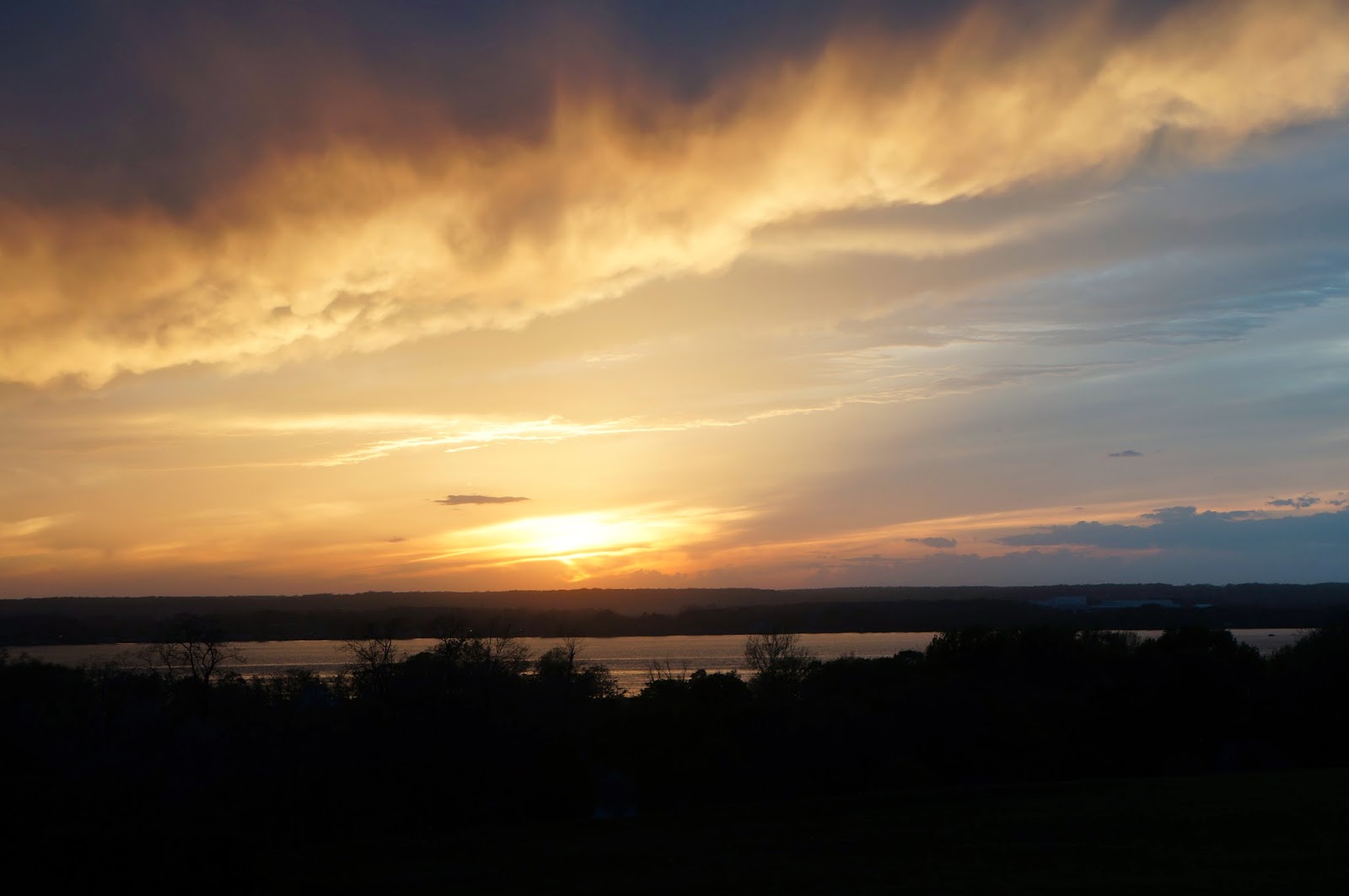 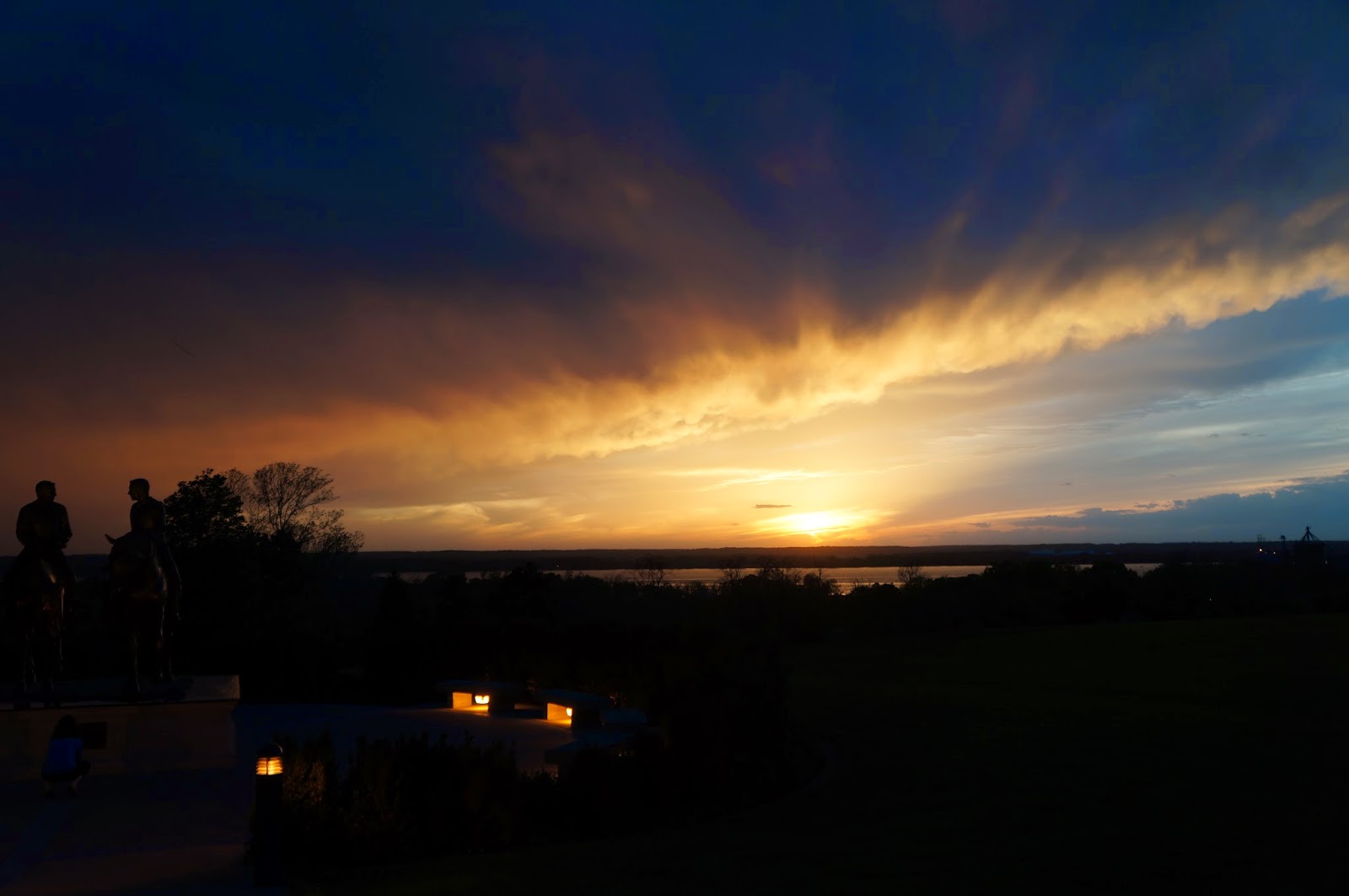 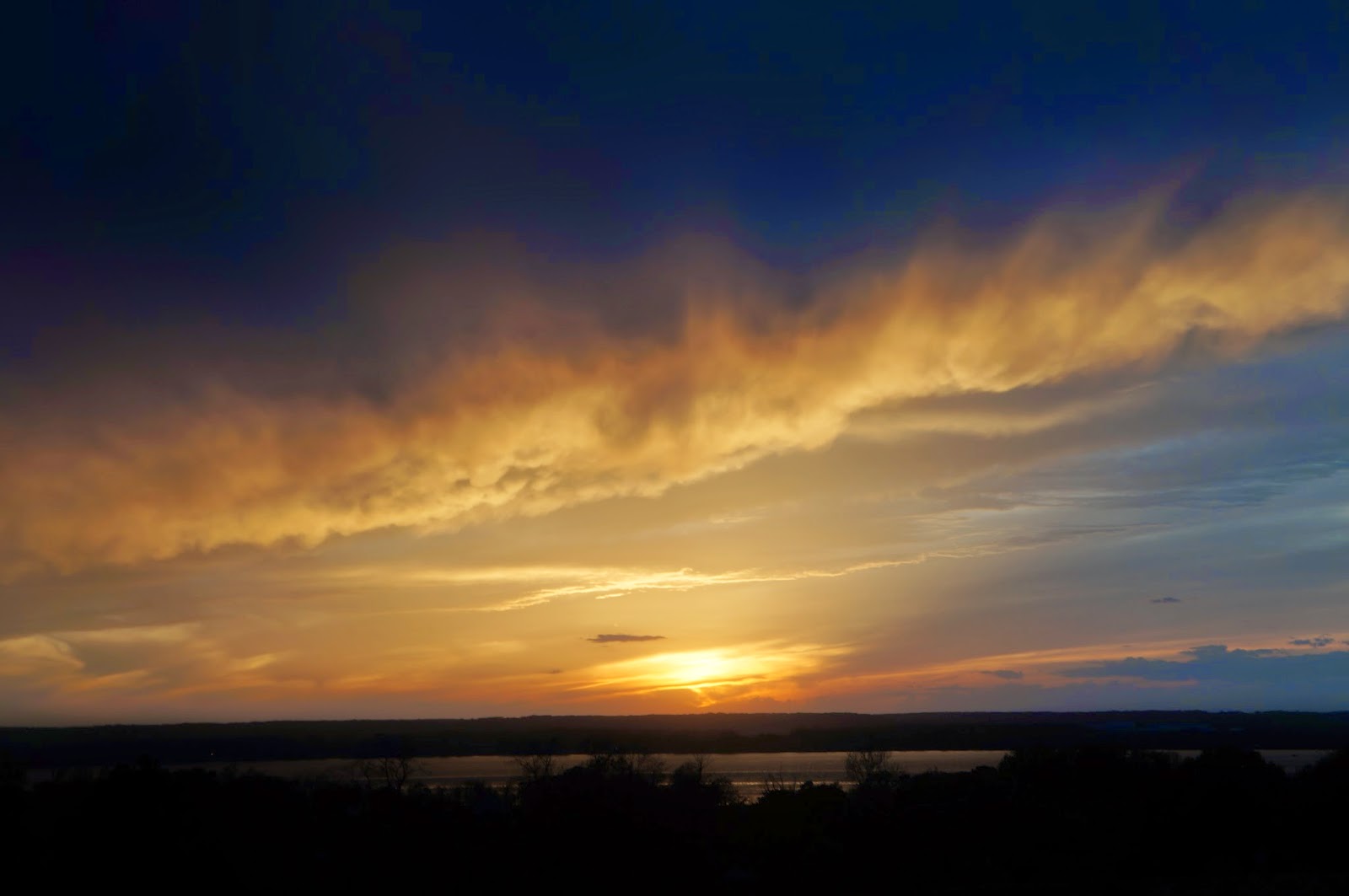 This squatting lady was blocking my shot, but I forgive her. I'm sure I've unknowingly blocked other people's shots in my life. I love the soft glow of the sky behind the statue. 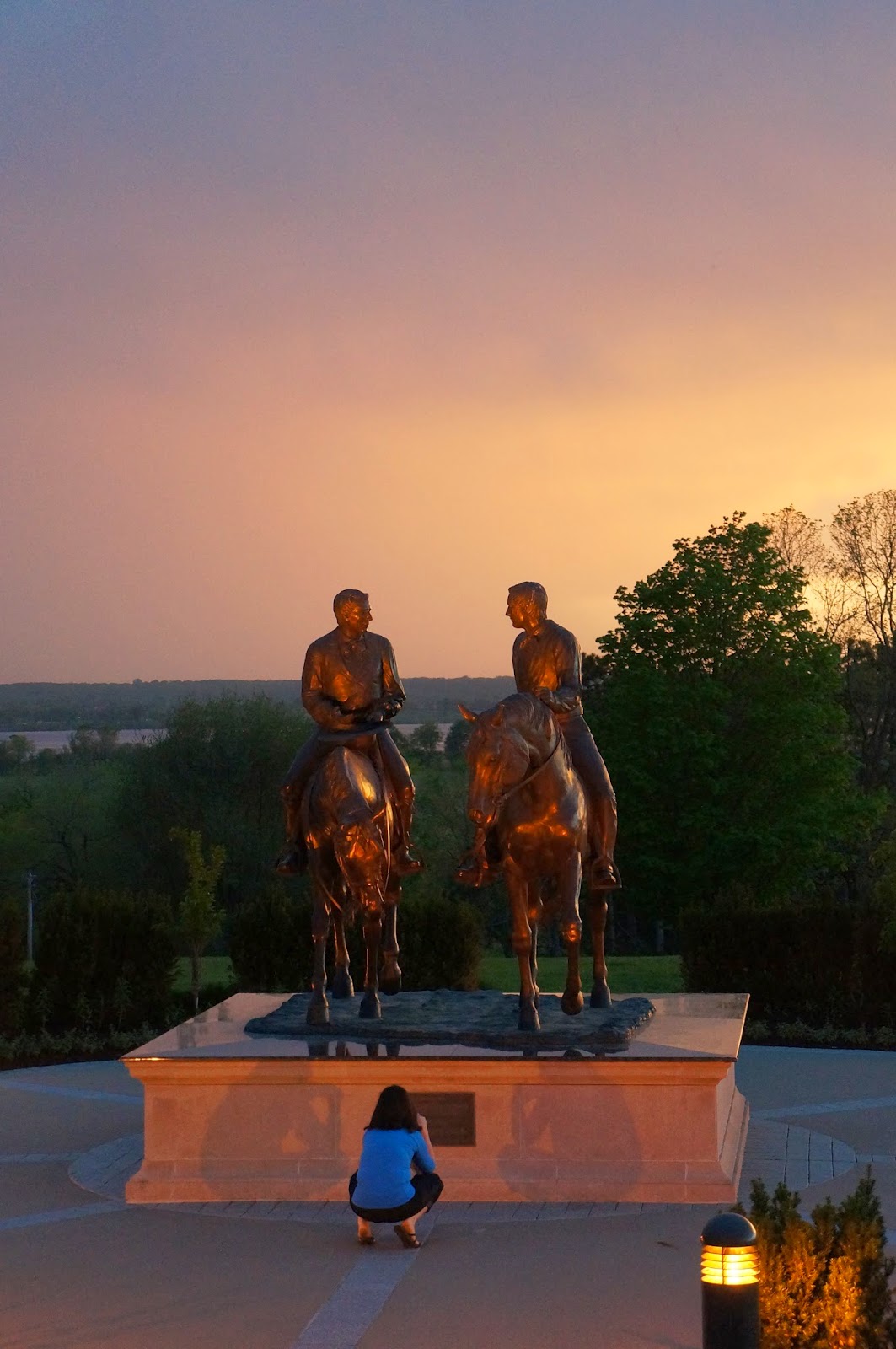 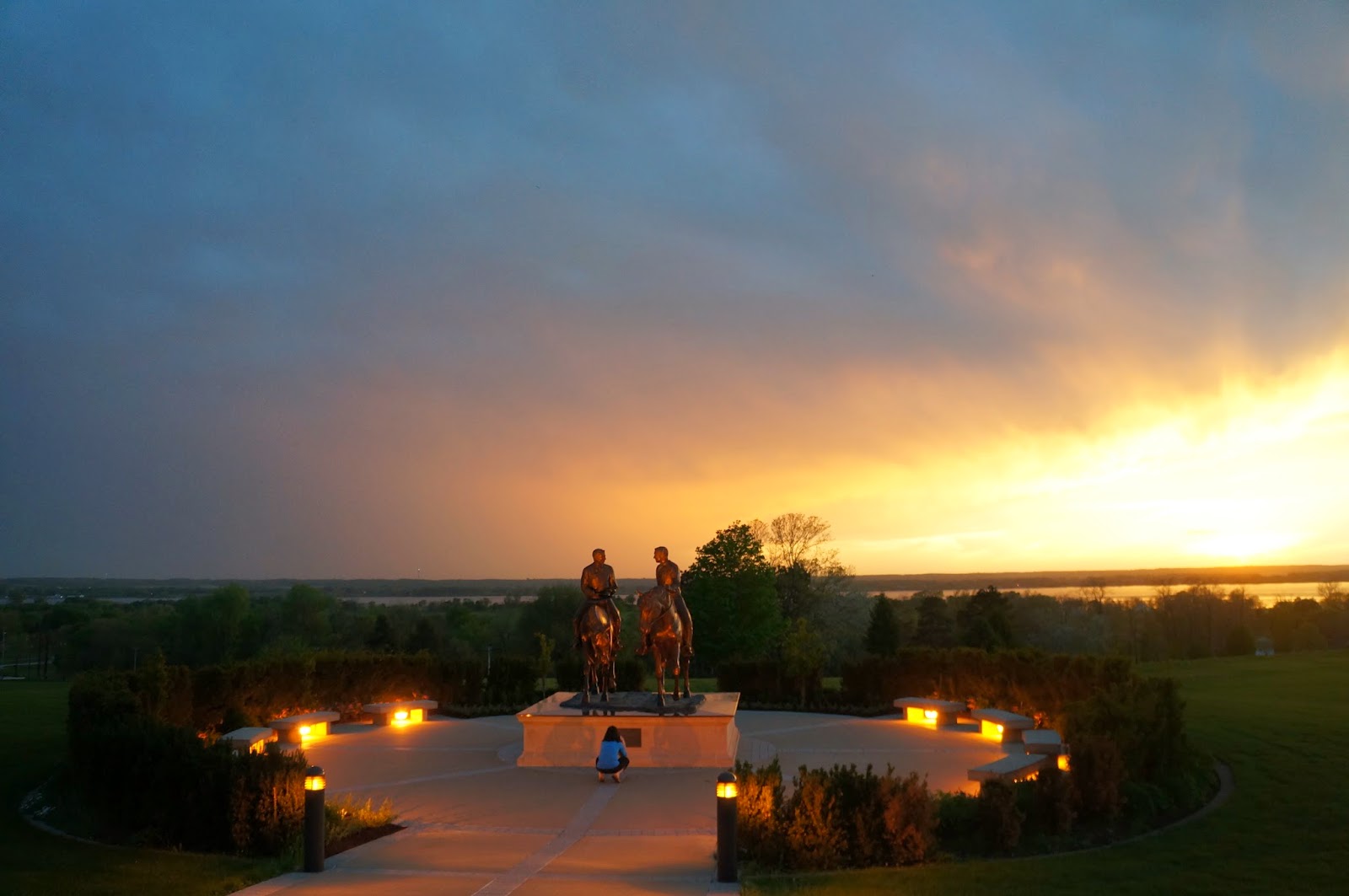 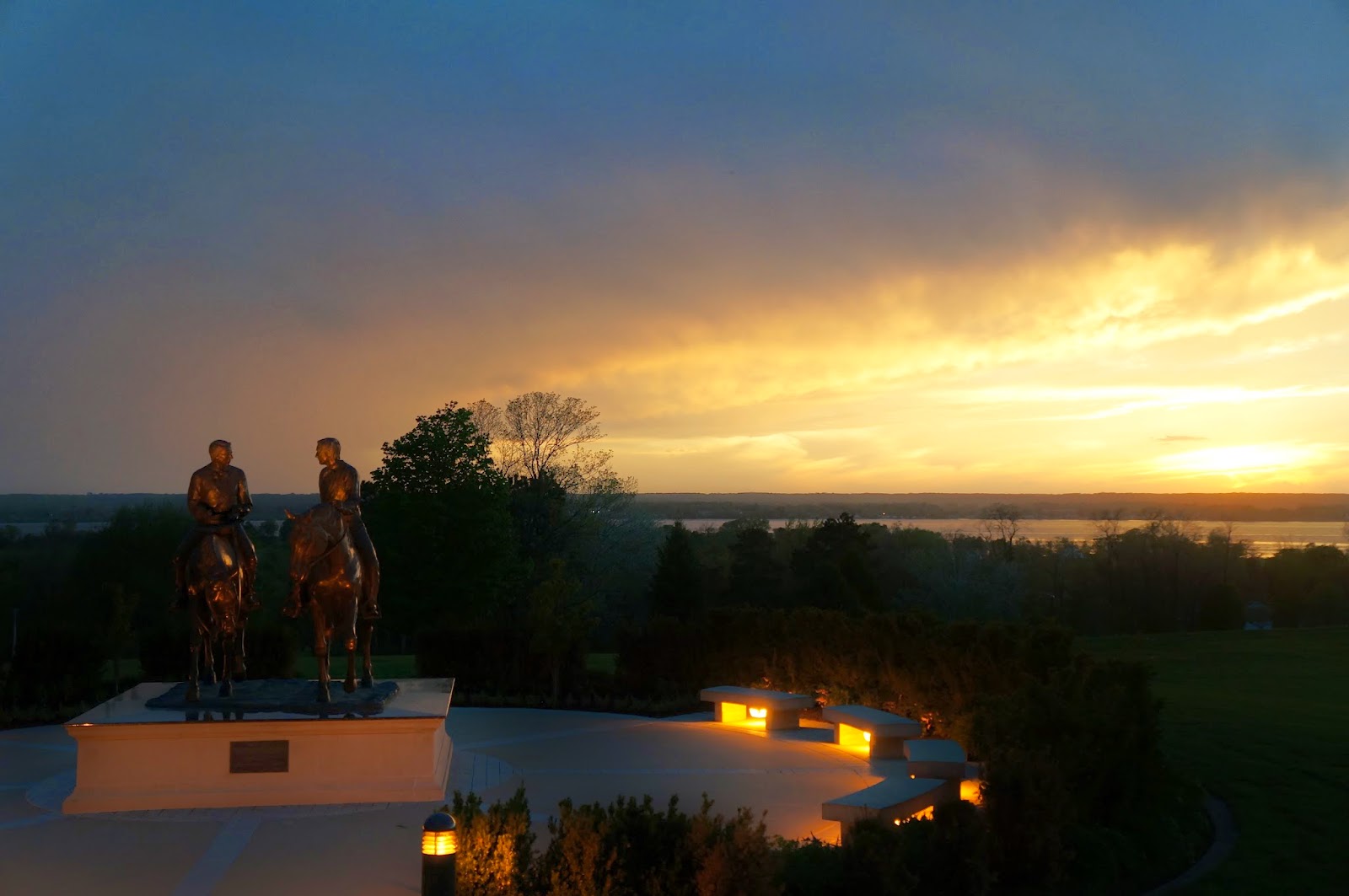 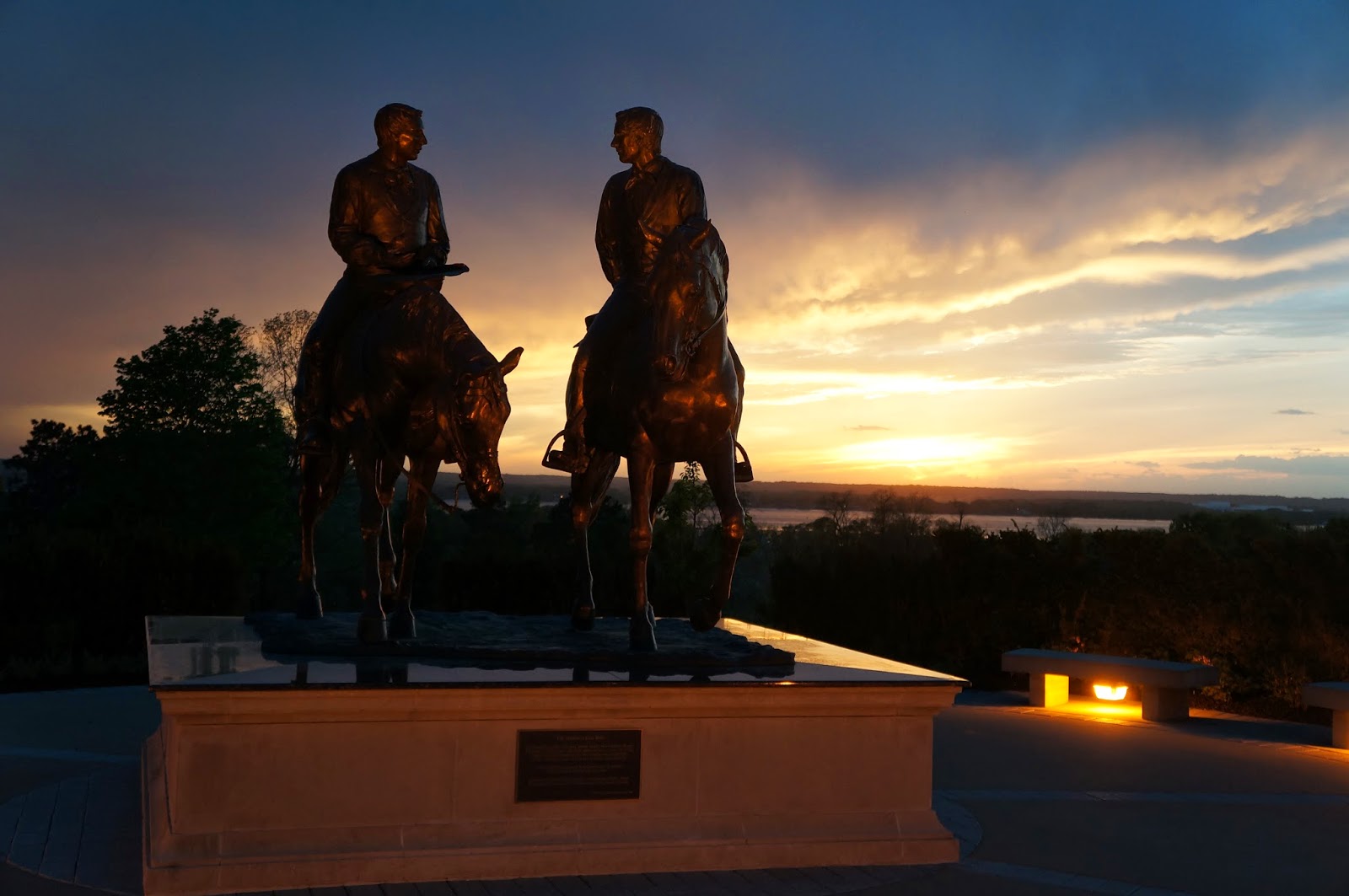 The sun was starting to fade, but the sky still looked lovely. 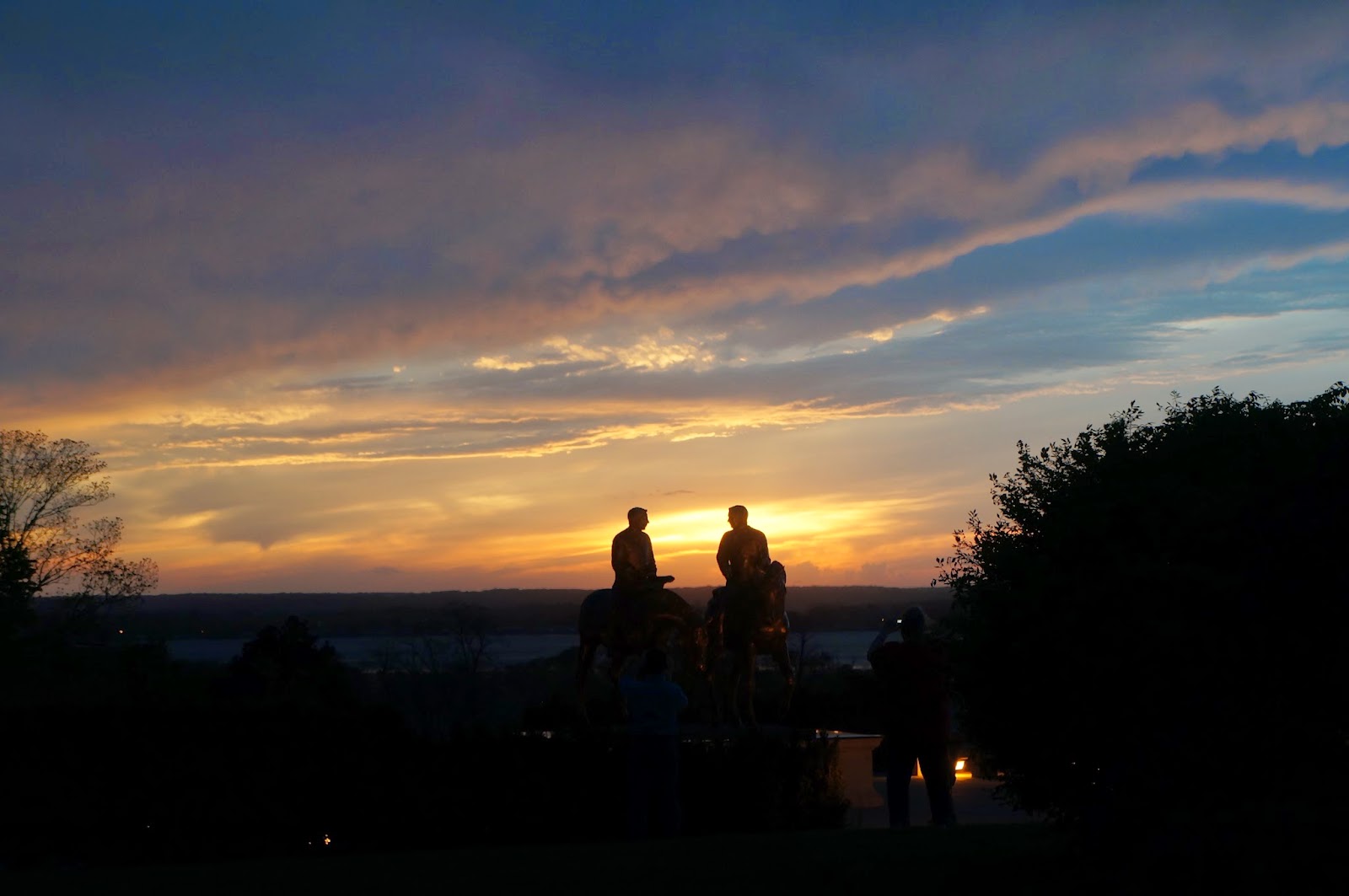 I had to include this one because there's my Dad, all lit up and glowing, just like the sky had been moments before. He's going to get a kick out of his angelic appearance when he sees this. 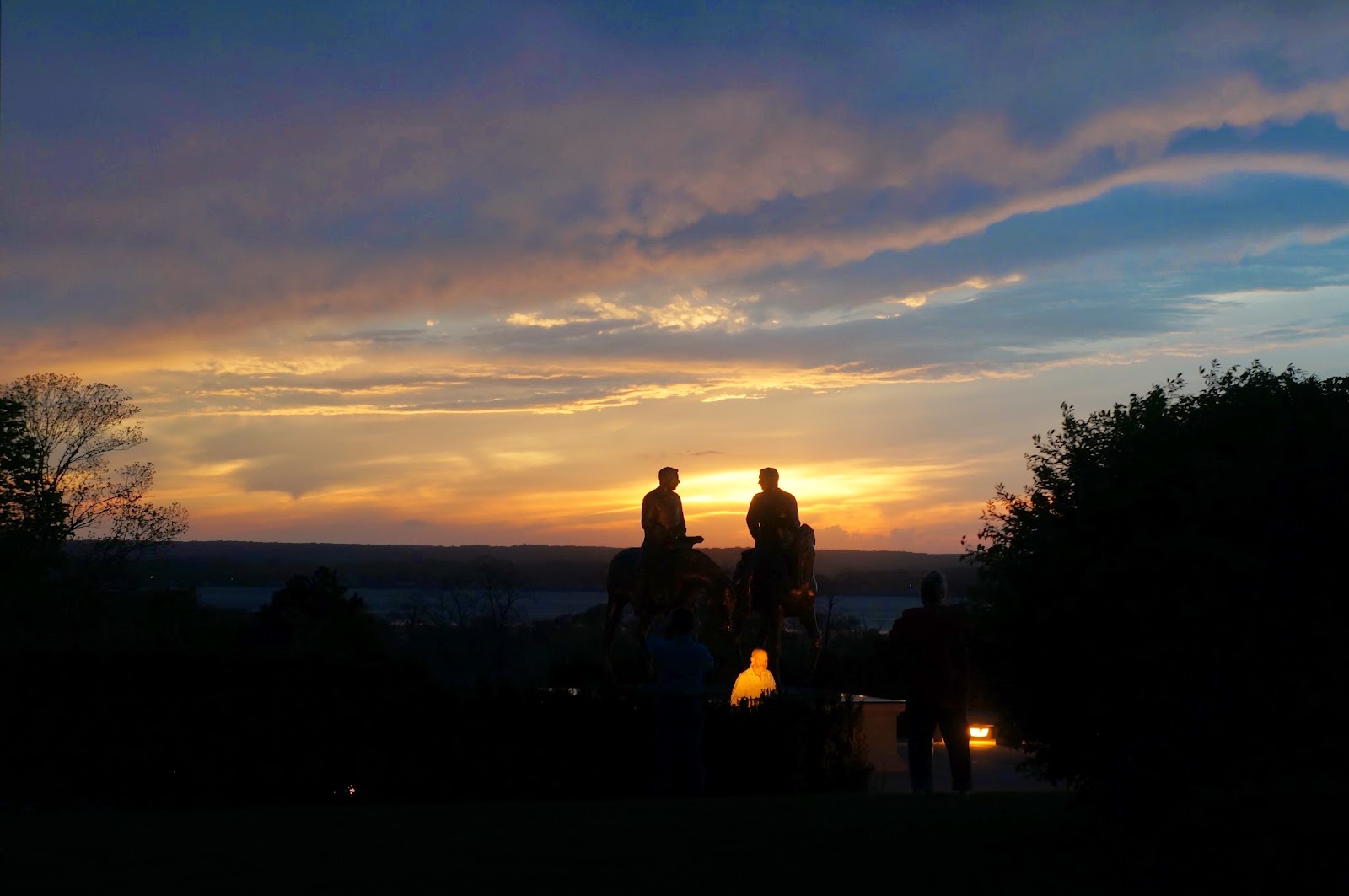 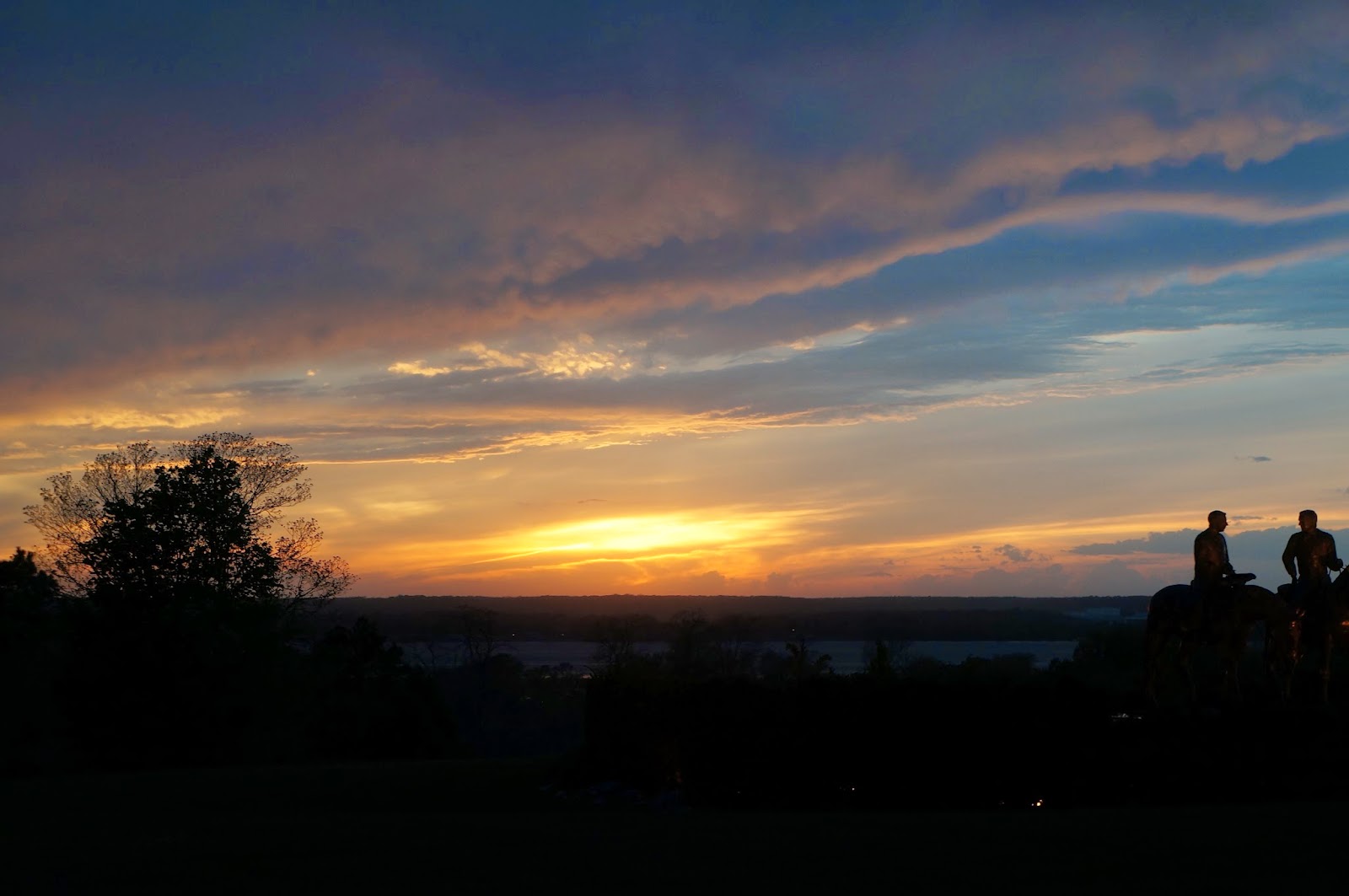 The sky was a beautiful shade of bright blue behind the temple. There were zig-zags of lightning here and there too, which was really cool, especially with the brightly setting sun in the other part of the sky. 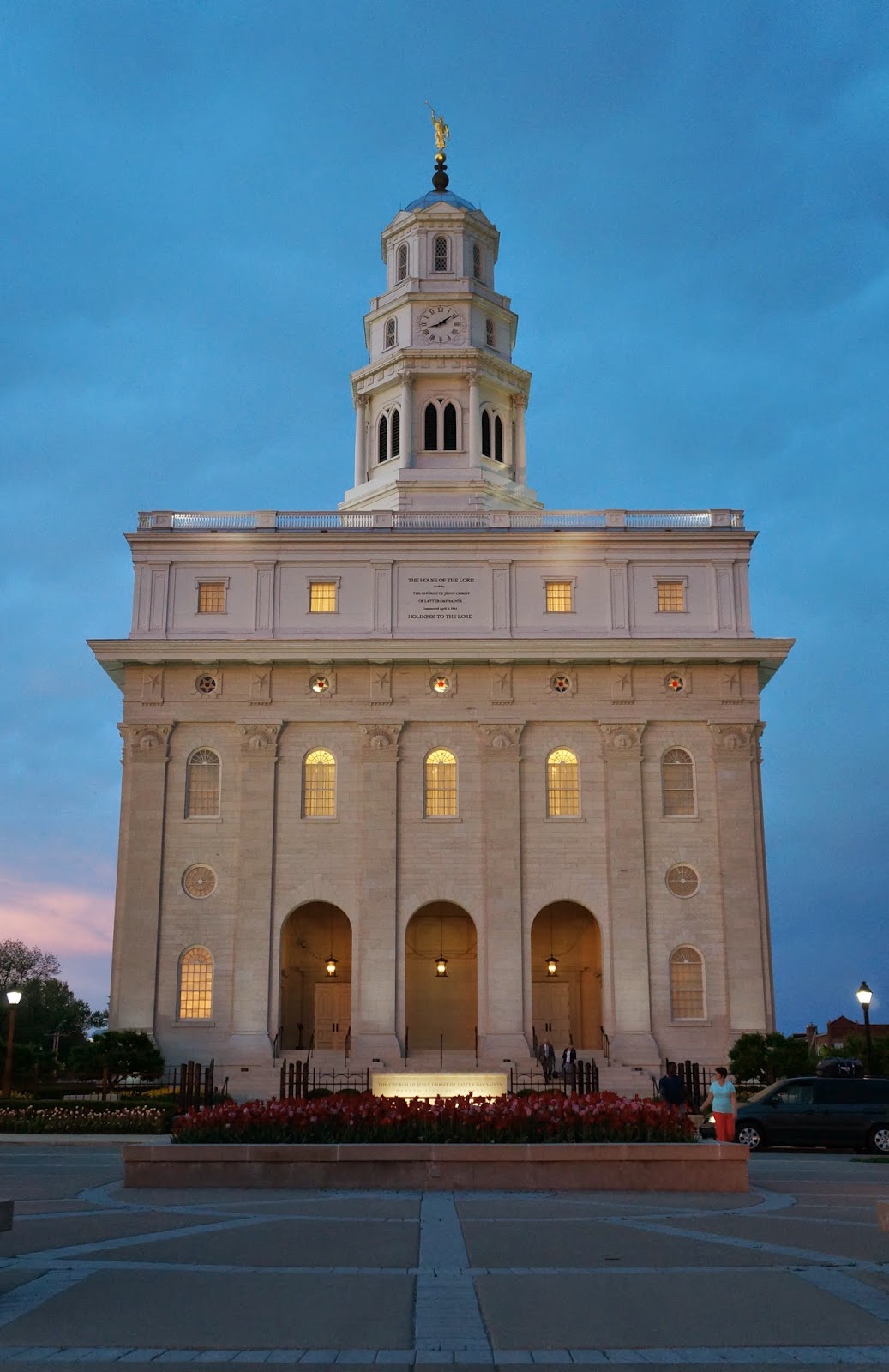 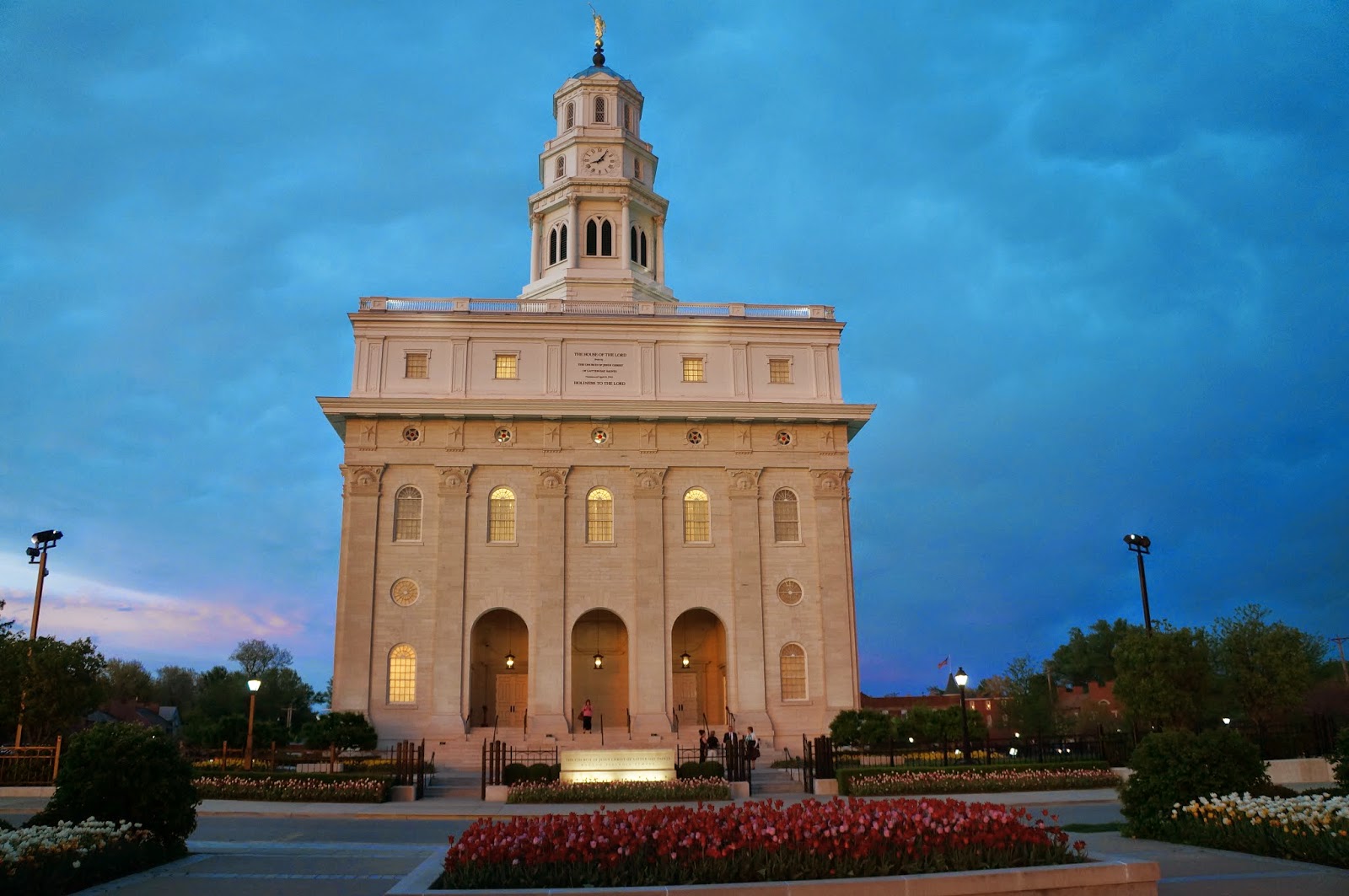 I like how the pictures turned out, but they don't do full justice to how truly stunning the whole sky looked that evening. I didn't alter the colors or anything on these. I hardly ever do that to my pictures because it takes too much time and I prefer to keep them as realistic and true as possible. I am so thankful to have been able to witness such a stunning sunset in beautiful Nauvoo that evening! The next day was Mother's Day, so it was a perfectly timed gift from Mother Nature herself!