Out and About in Historic Nauvoo

Nauvoo has a large historic village that is wonderfully set up and true to the history of this significant place in Mormon history. When we were there last month, we went through the John Taylor home for the first time. I really liked it and felt an especially special spirit there. (John Taylor became the third prophet of the Church a few decades after the Saints moved out to Utah. He was with Joseph and Hyrum Smith when they were murdered in Carthage, Illinois in 1844, barely escaping death himself.) 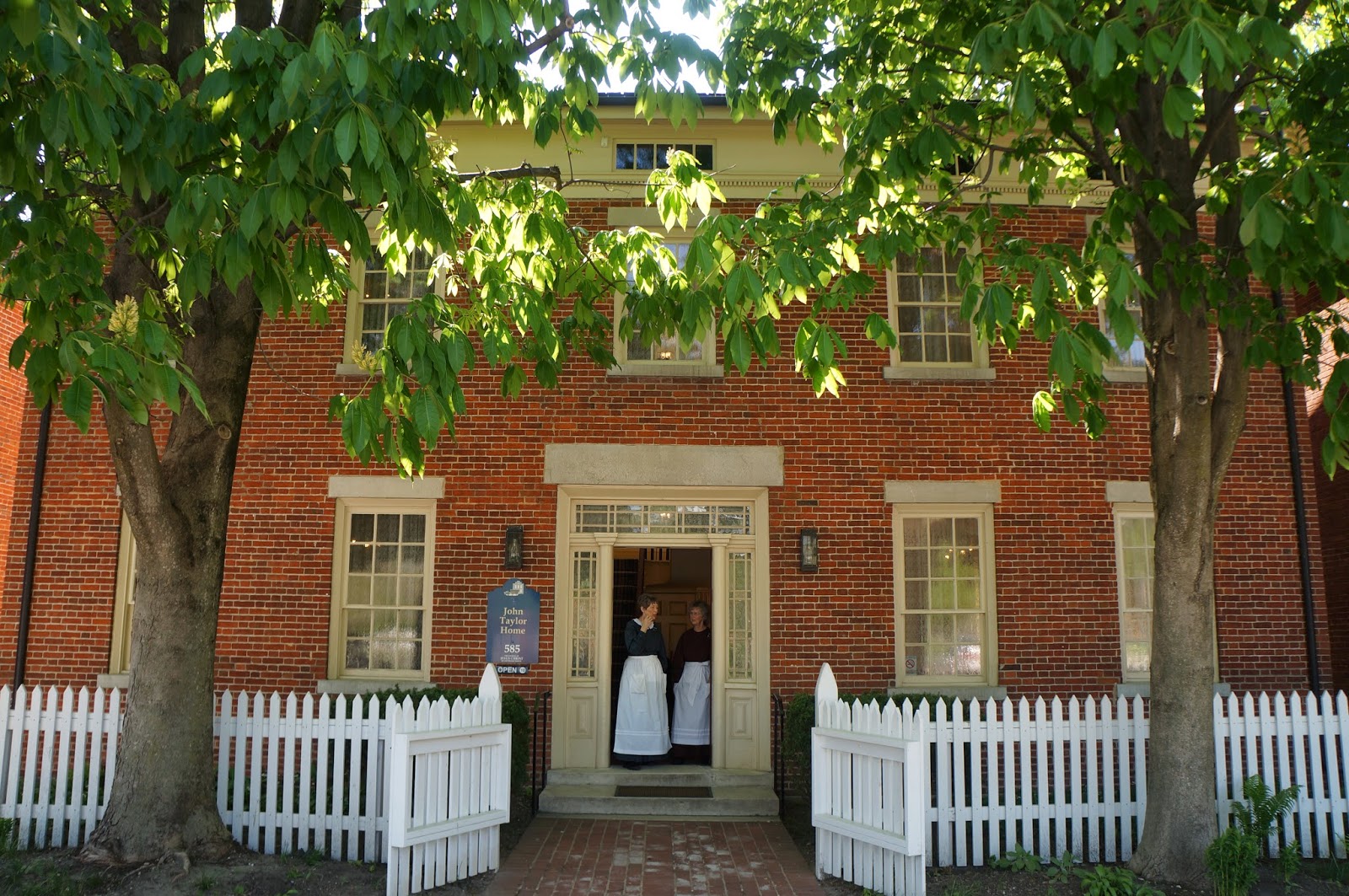 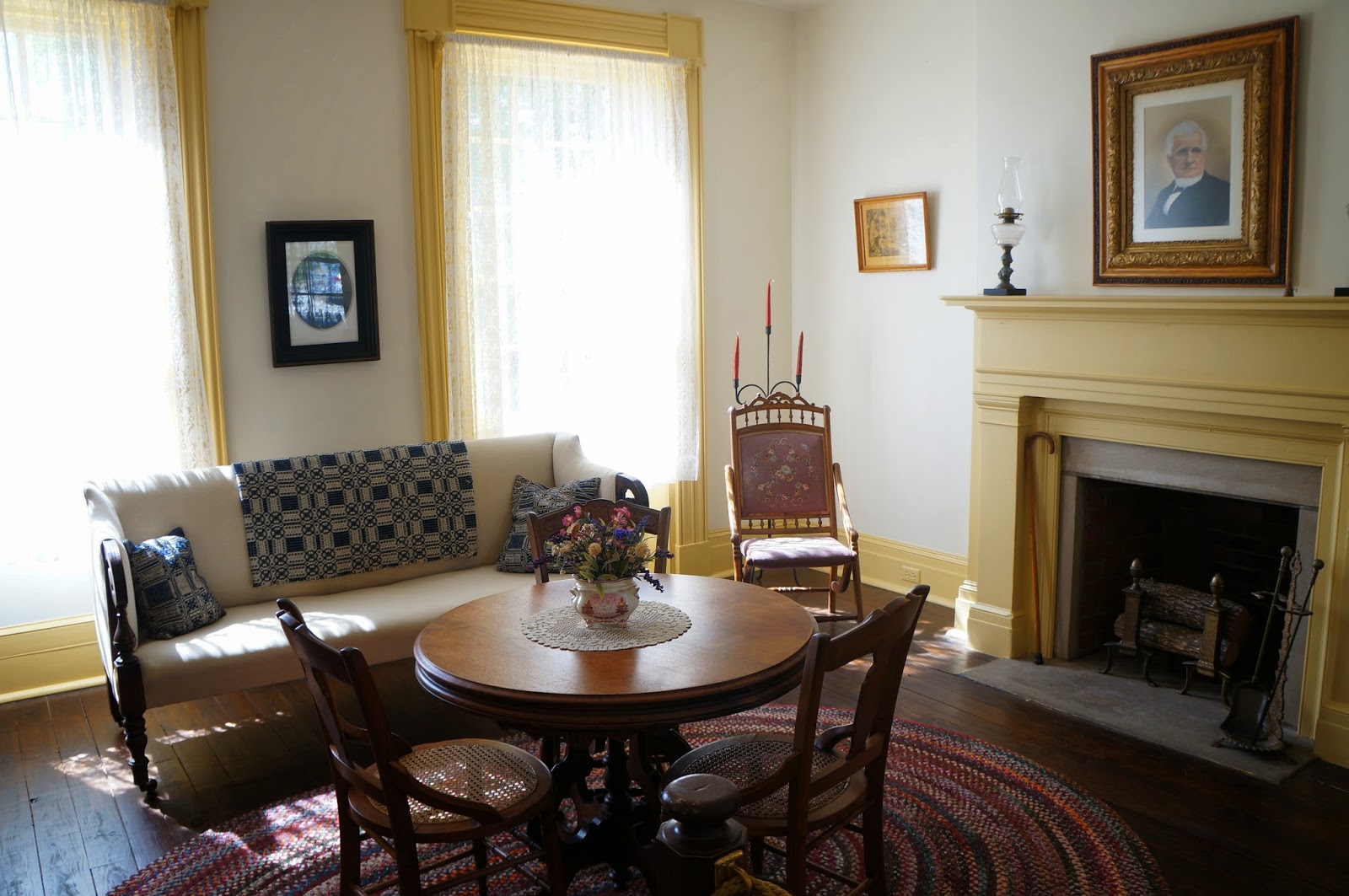 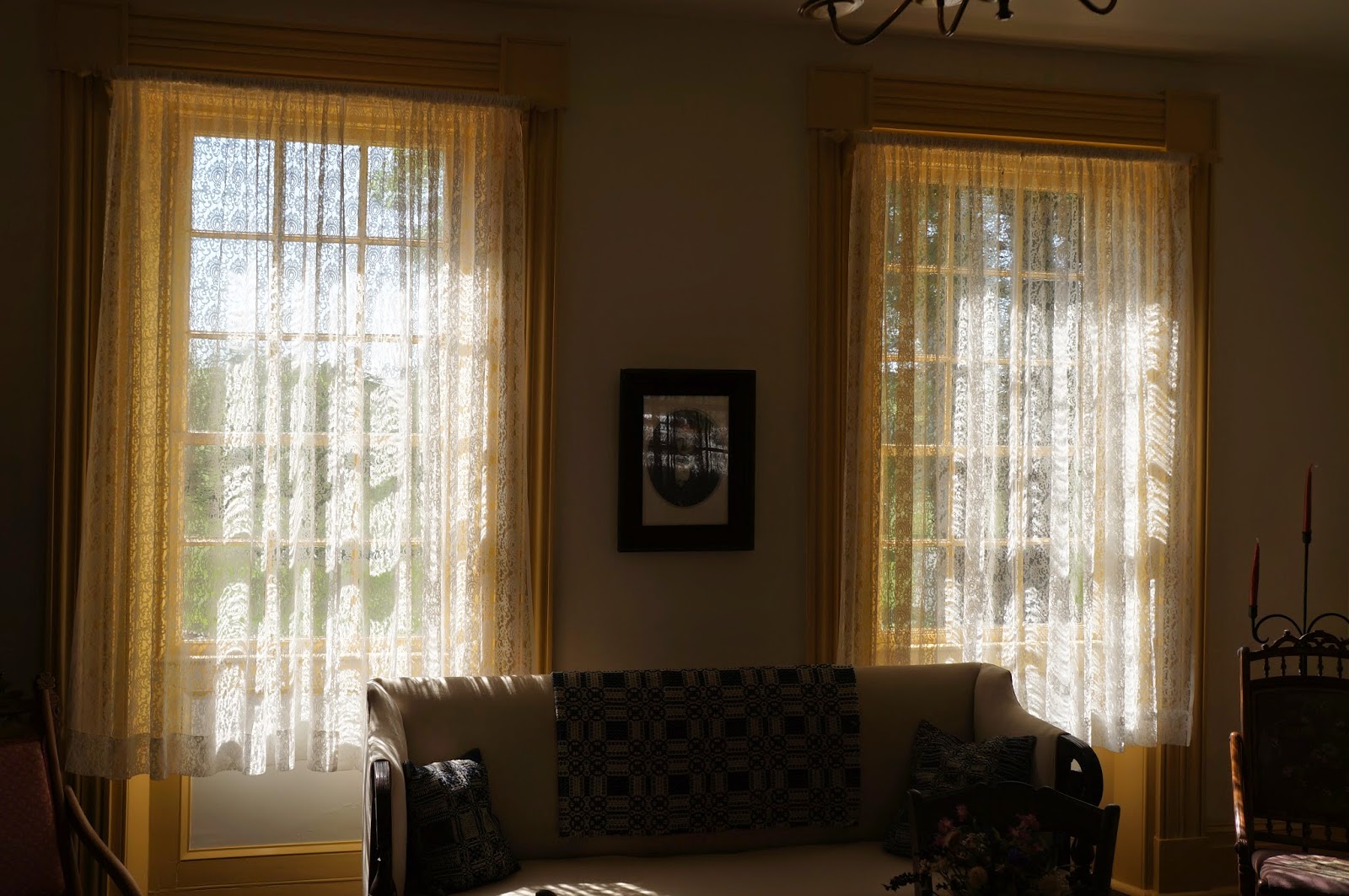 I loved how the sun shone in through the lace curtains in the house. It was so pretty. 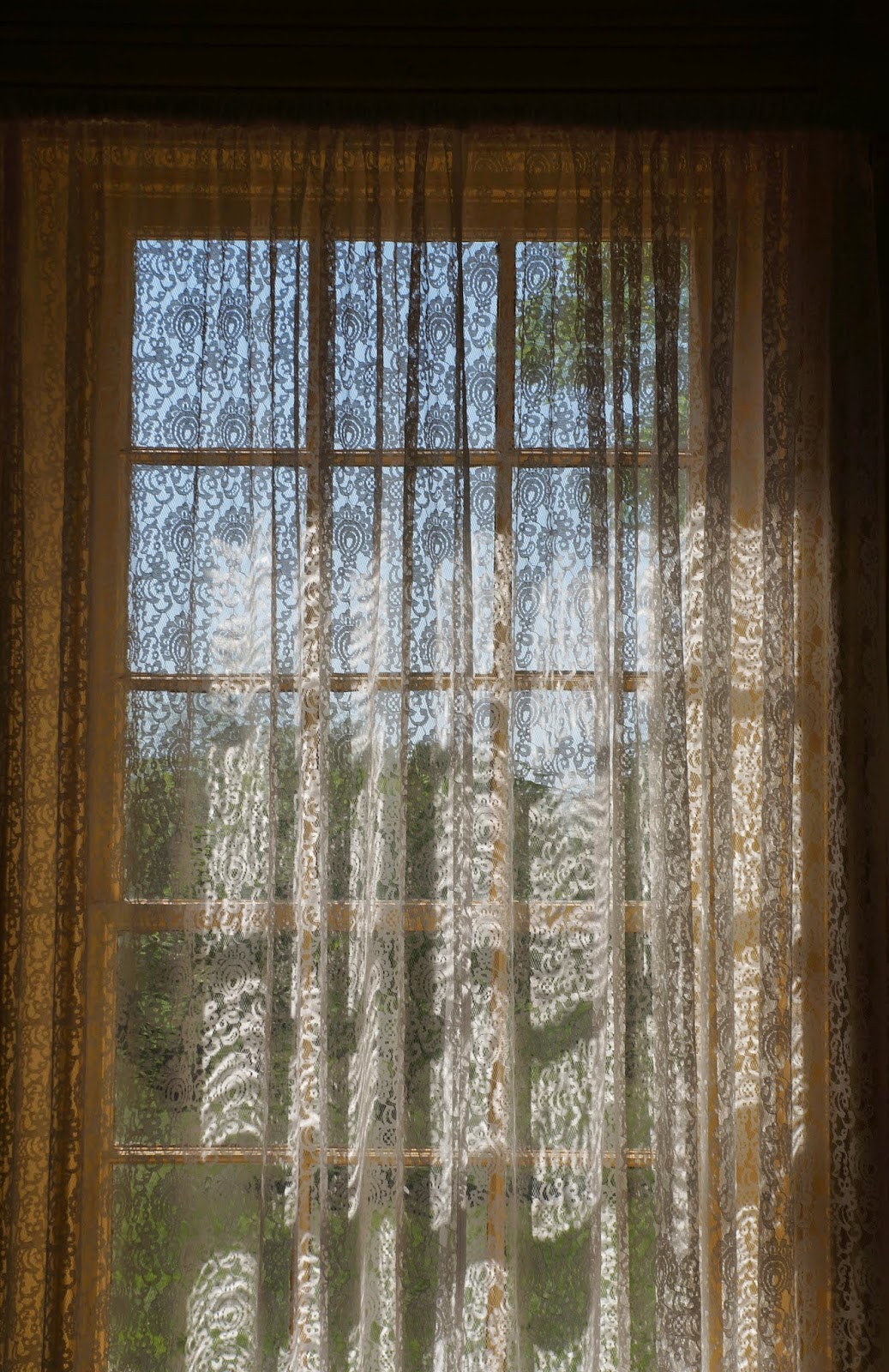 Not to be blasphemous or anything, but I covet this desk. 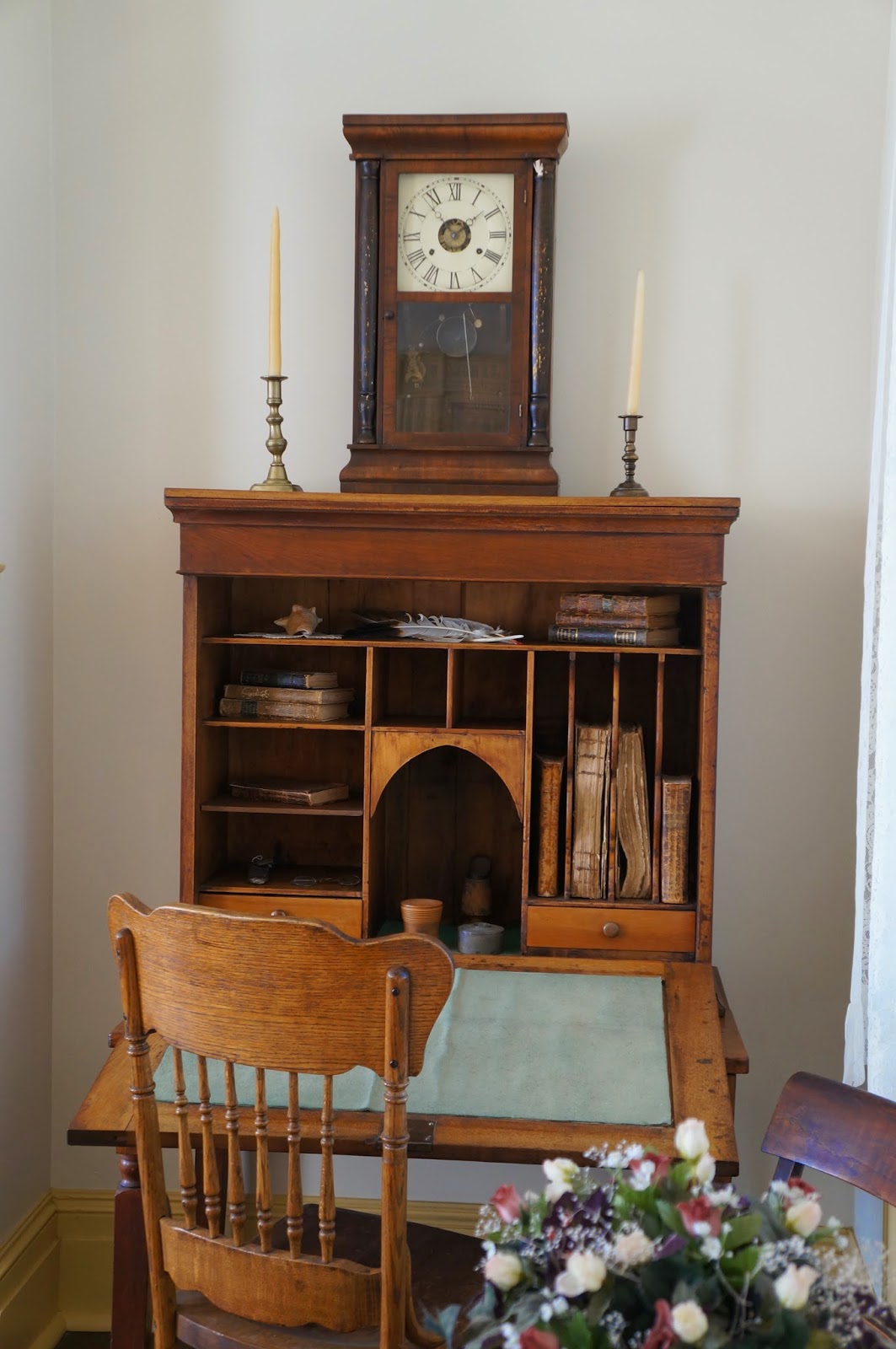 This rocking chair is original to the house. It belonged to John Taylor's son. It traveled west with them to Utah, and now it's back in its original home again. The missionary guide let John and Sam cross the rope and sit in front of it for a picture because they were (kind of) behaving well. 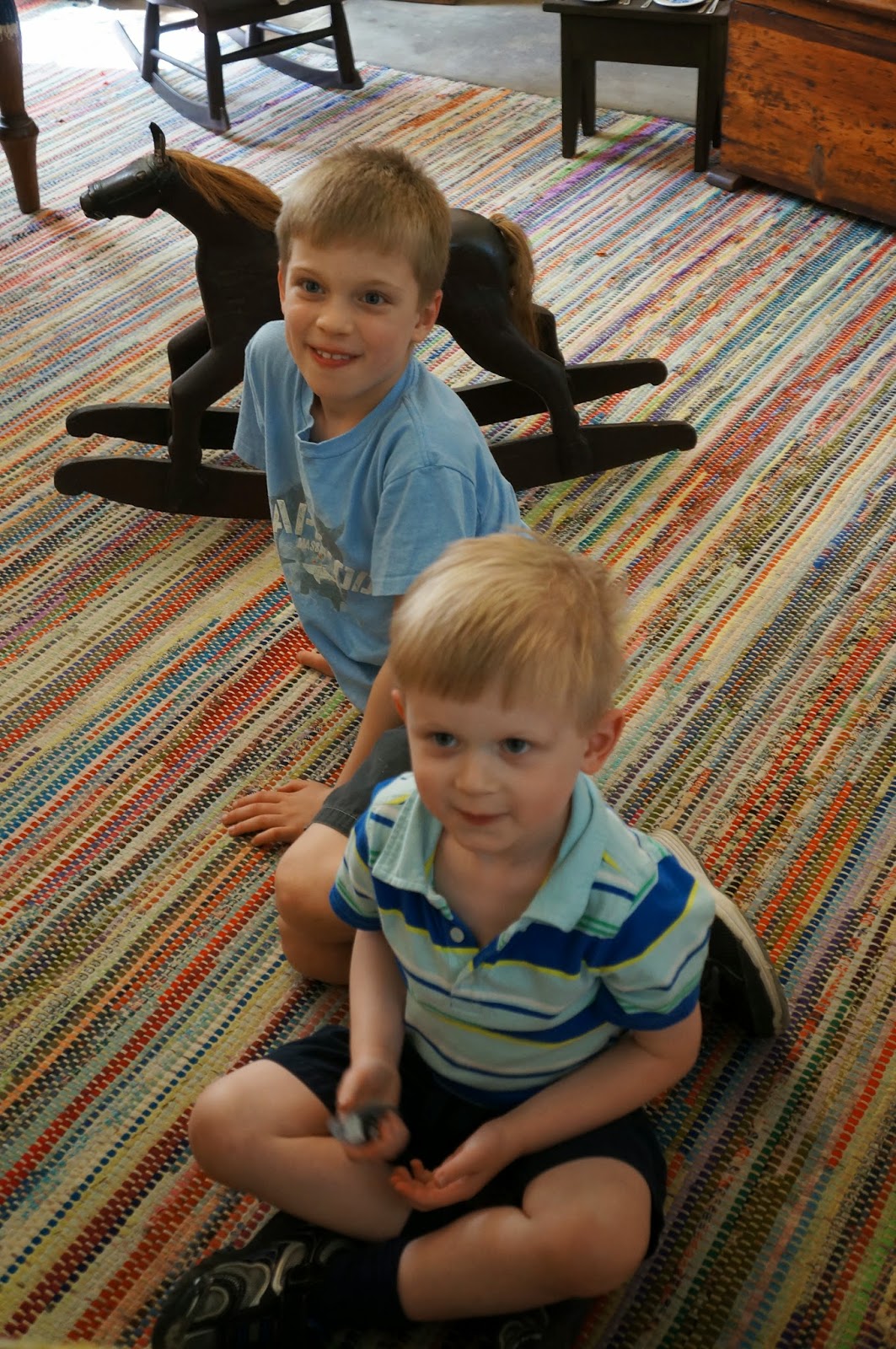 We went to a few other places, but I'll just include one more here. As someone who used to work in publishing and is still a freelance copyeditor, I can't believe we hadn't been to the Print Shop before! If women had worked back then and if I hadn't had children, this is where I would have belonged. The John Taylor home is right next door too, making this one of my favorite spots in Nauvoo. 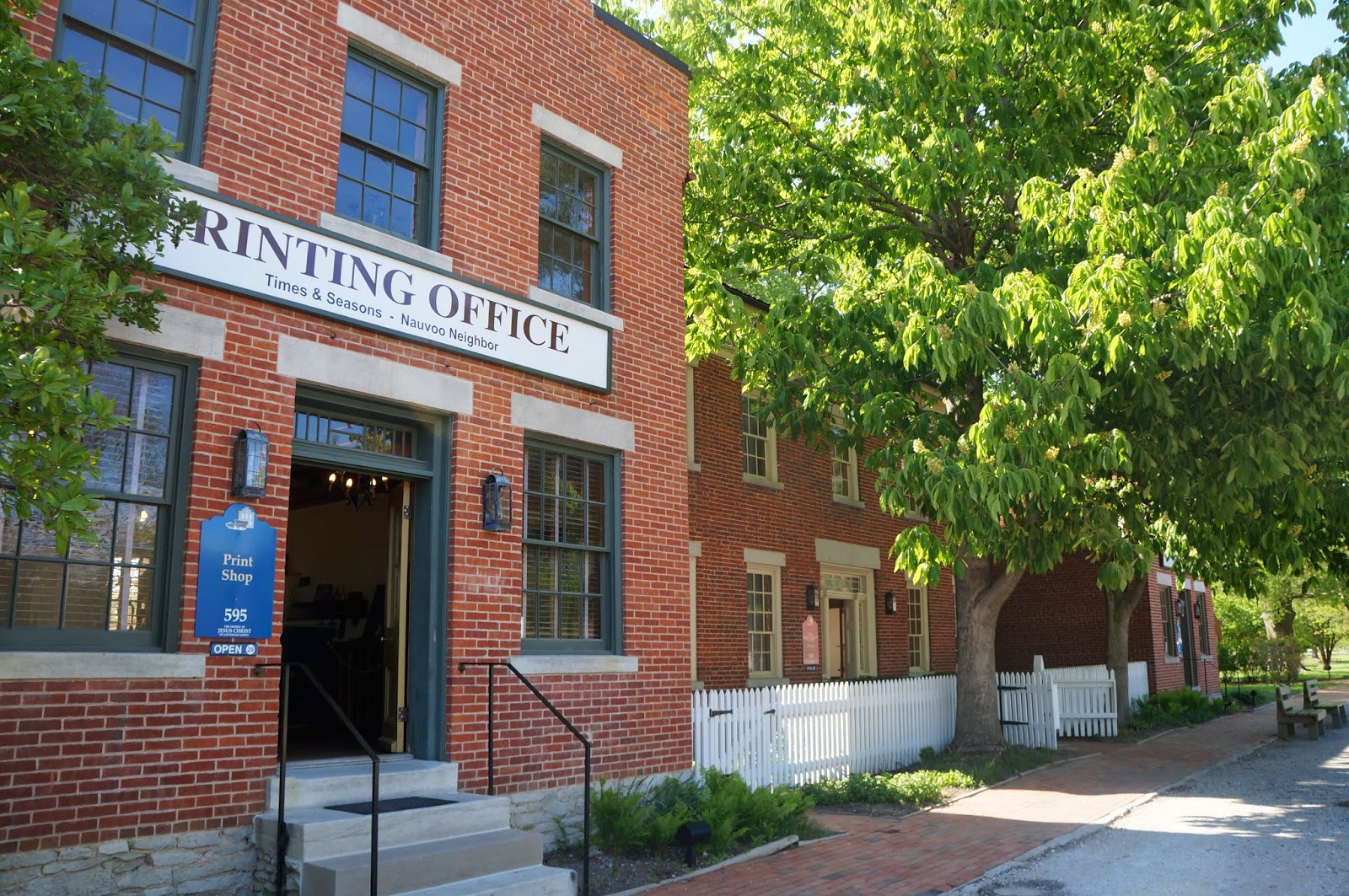 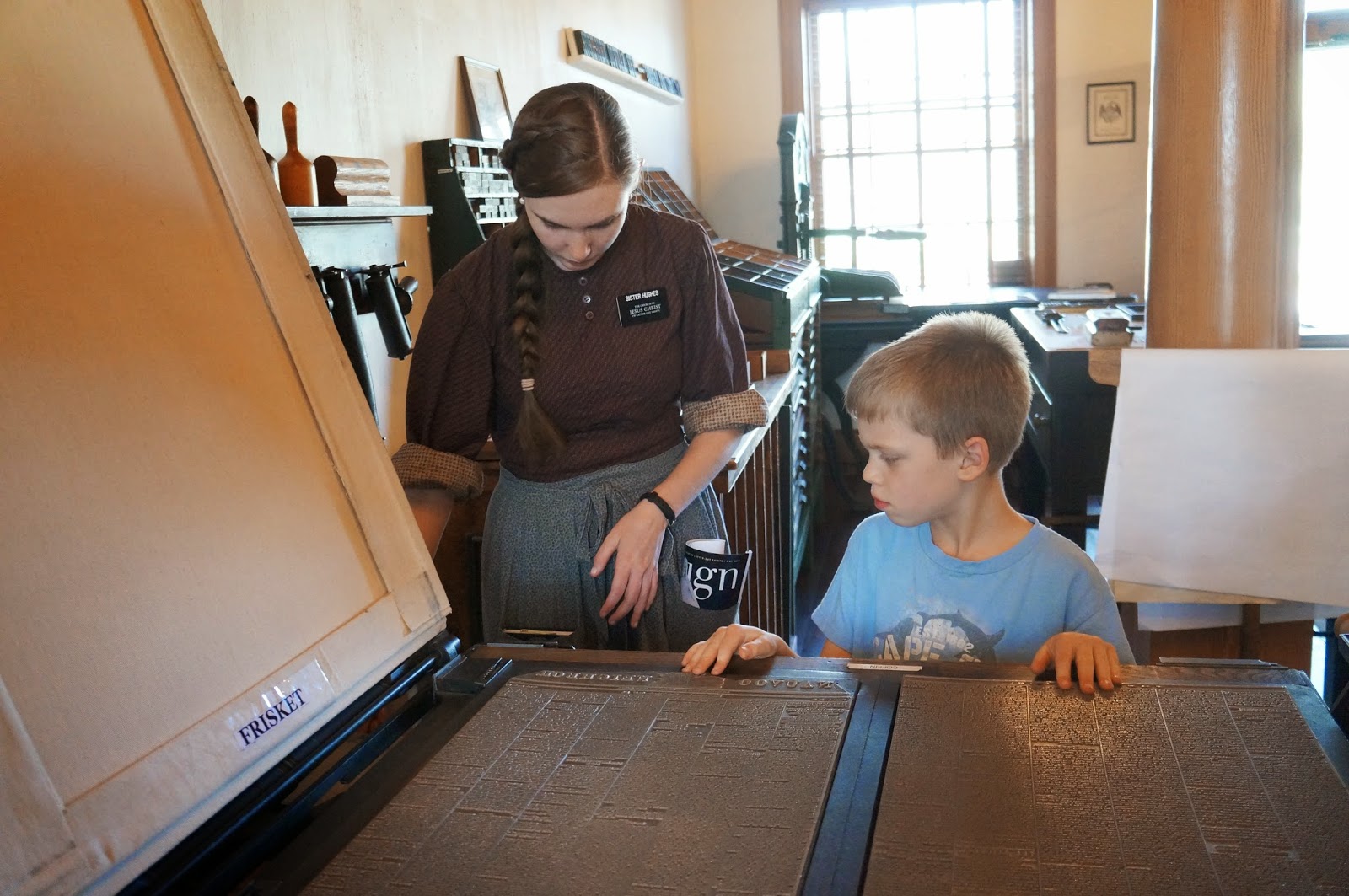 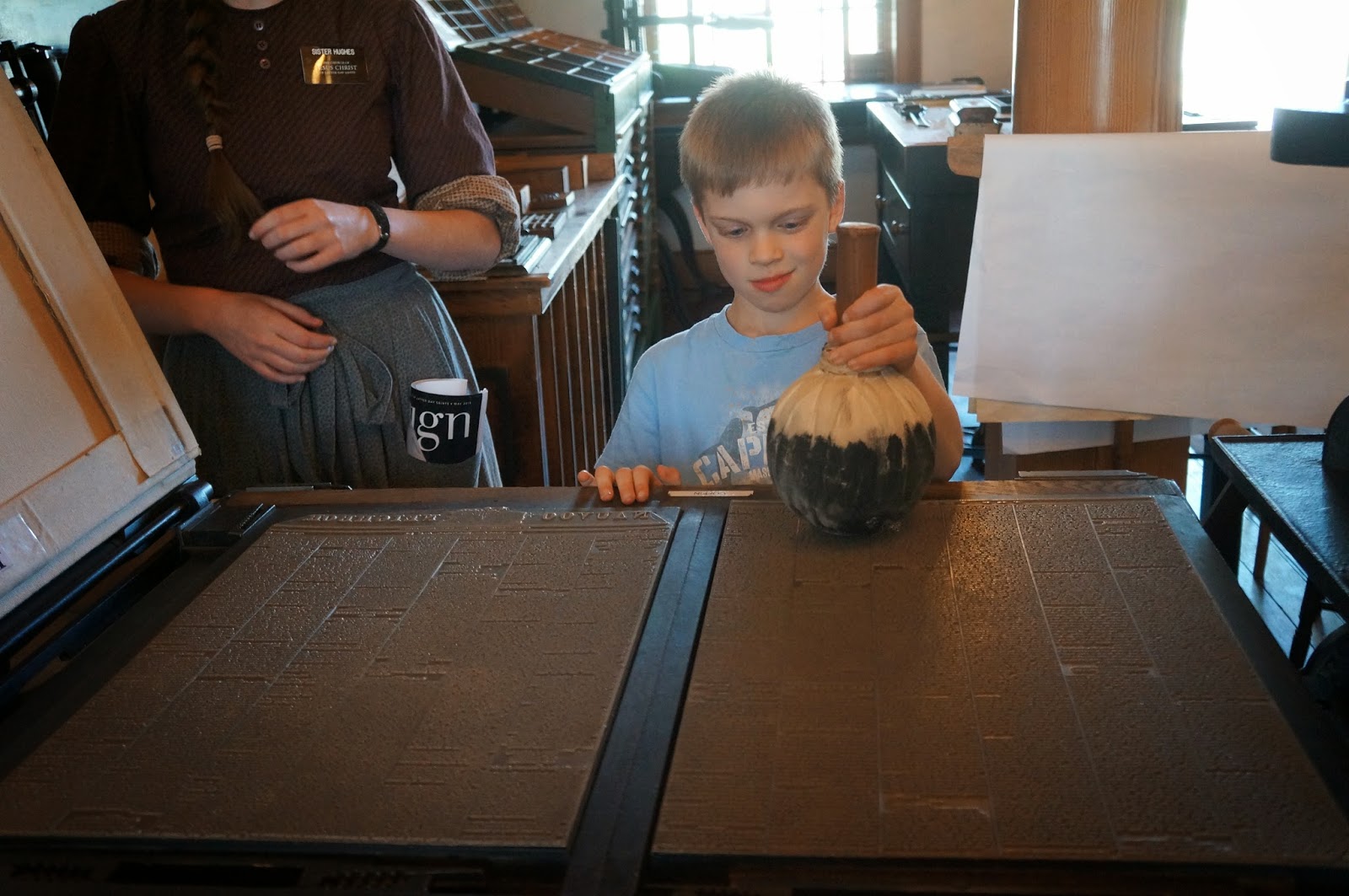 My son, the future (or past?) printer/publisher/editor. 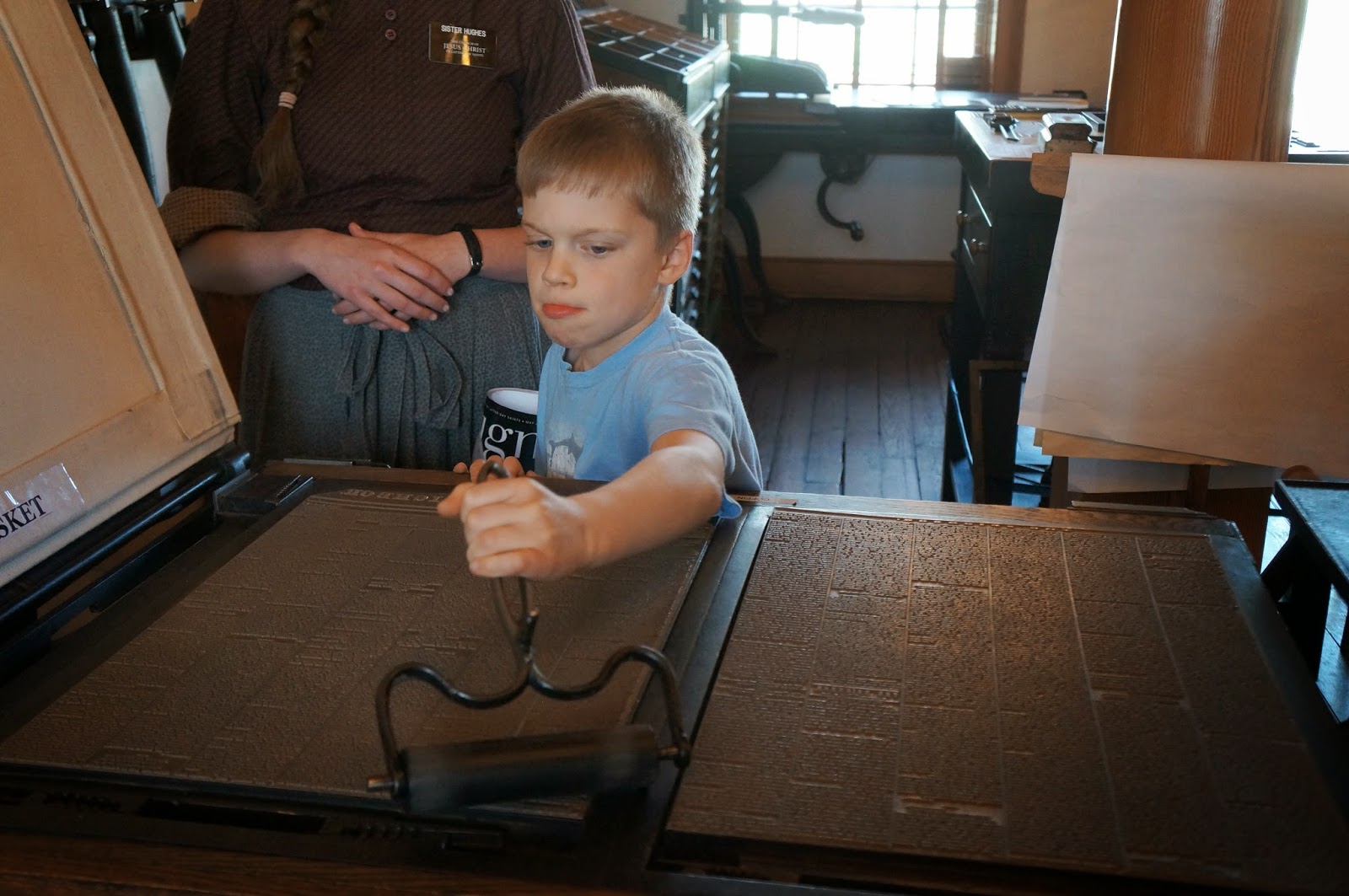 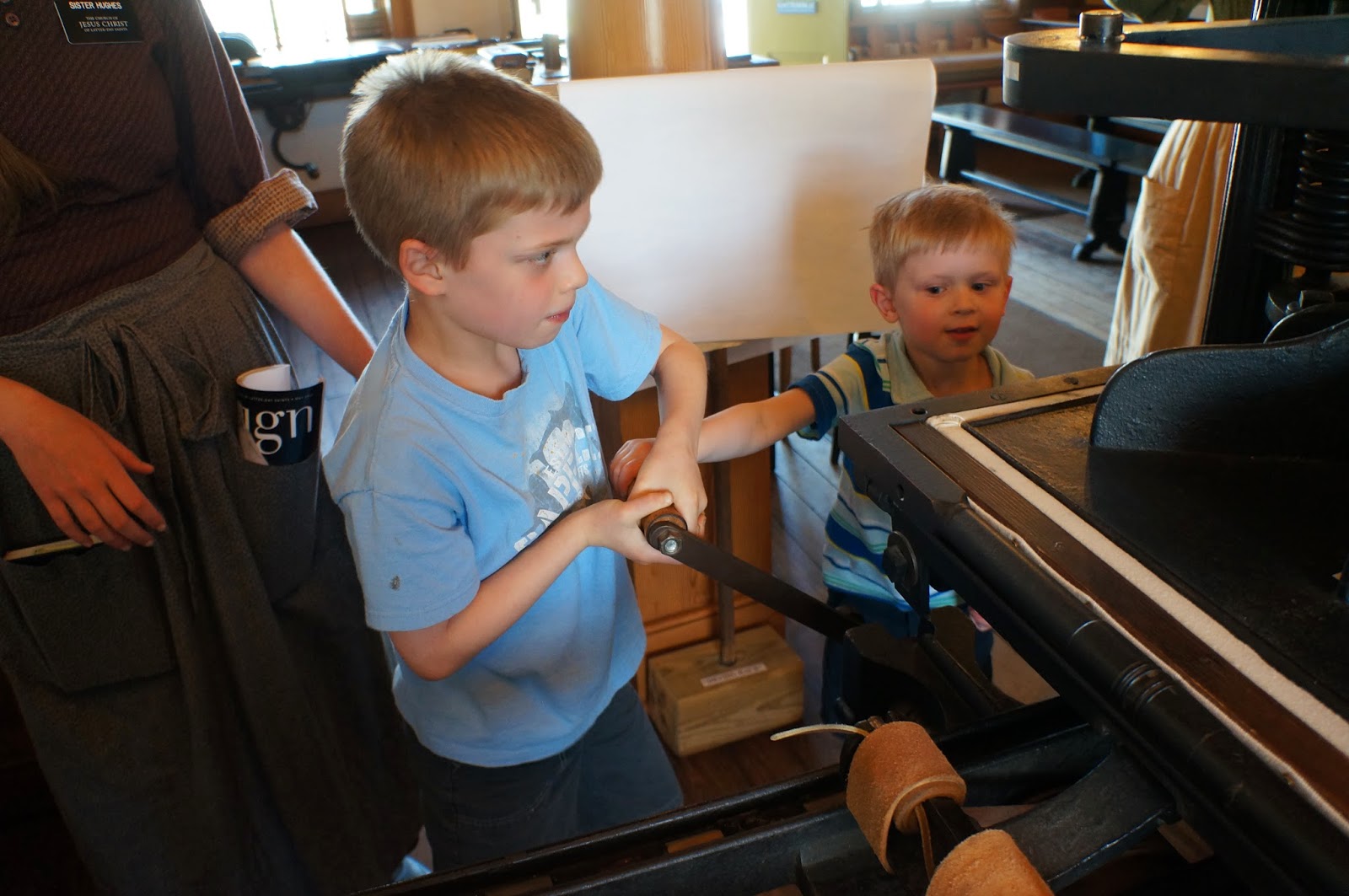 The boys fought over cranking the printing press, of course. 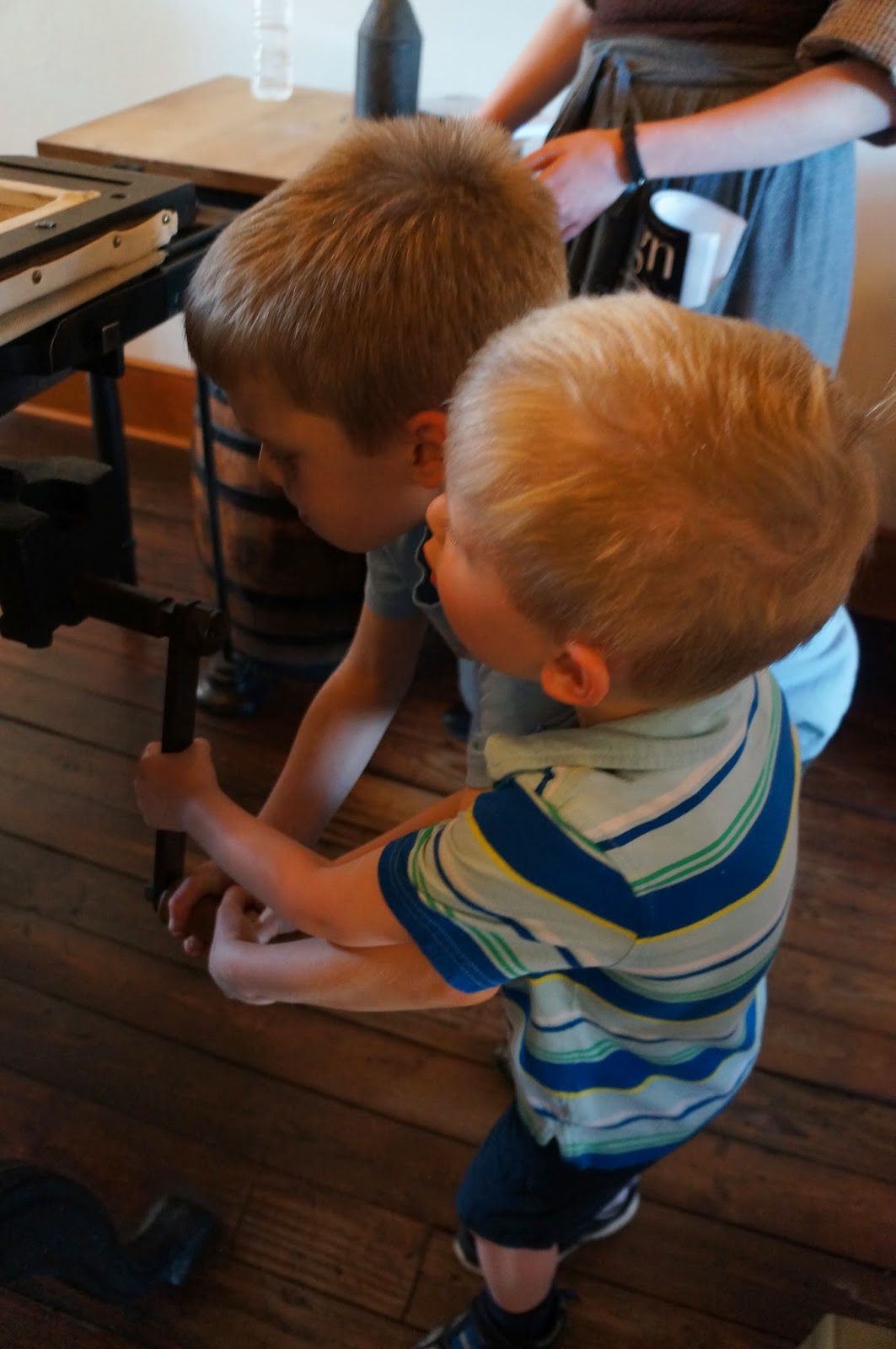 John climbed the tree outside of the Print Shop when we were done. That boy and trees. 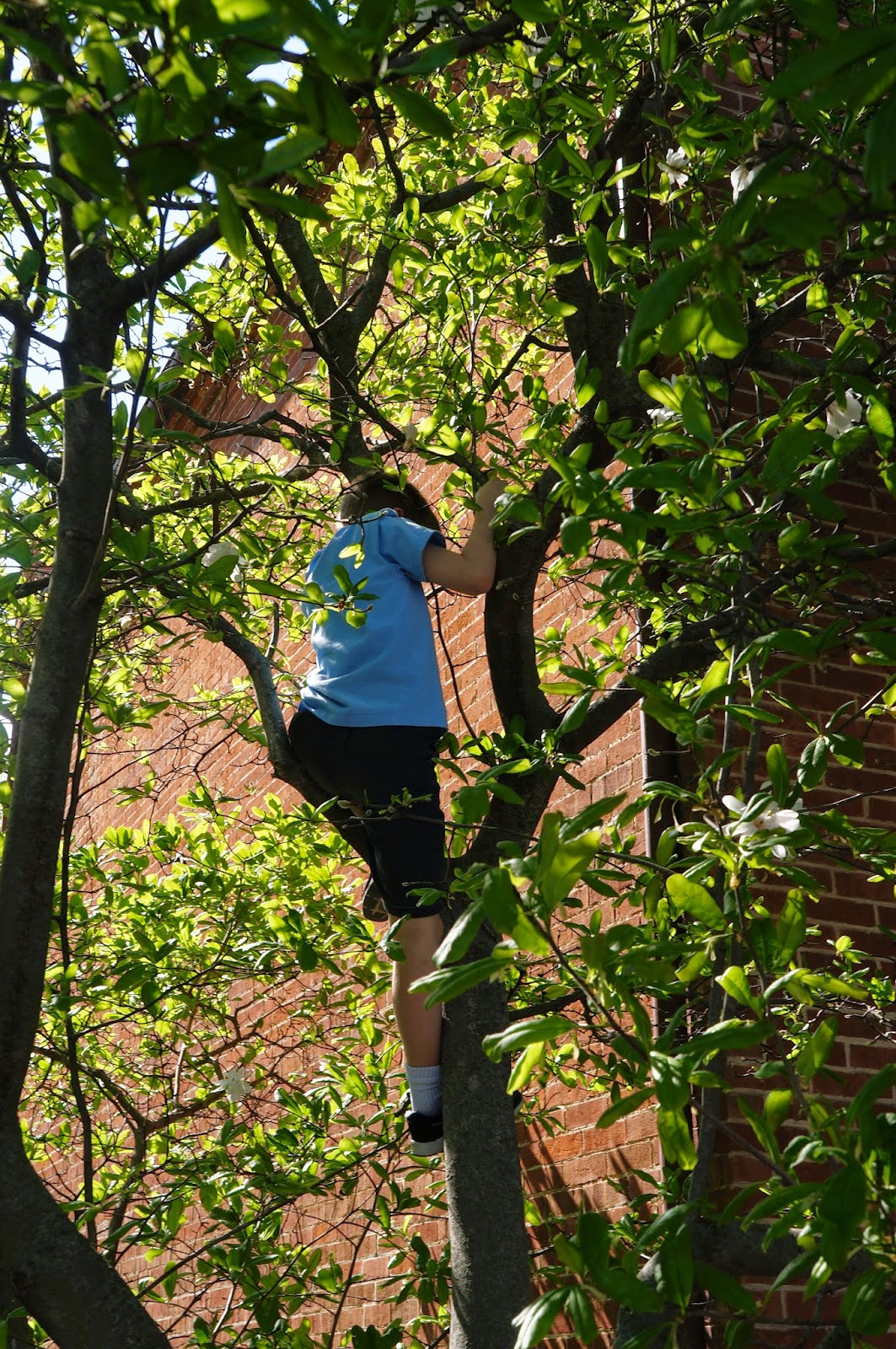 See what I mean? Here he is trying to climb another tree. Good luck with that one, John! 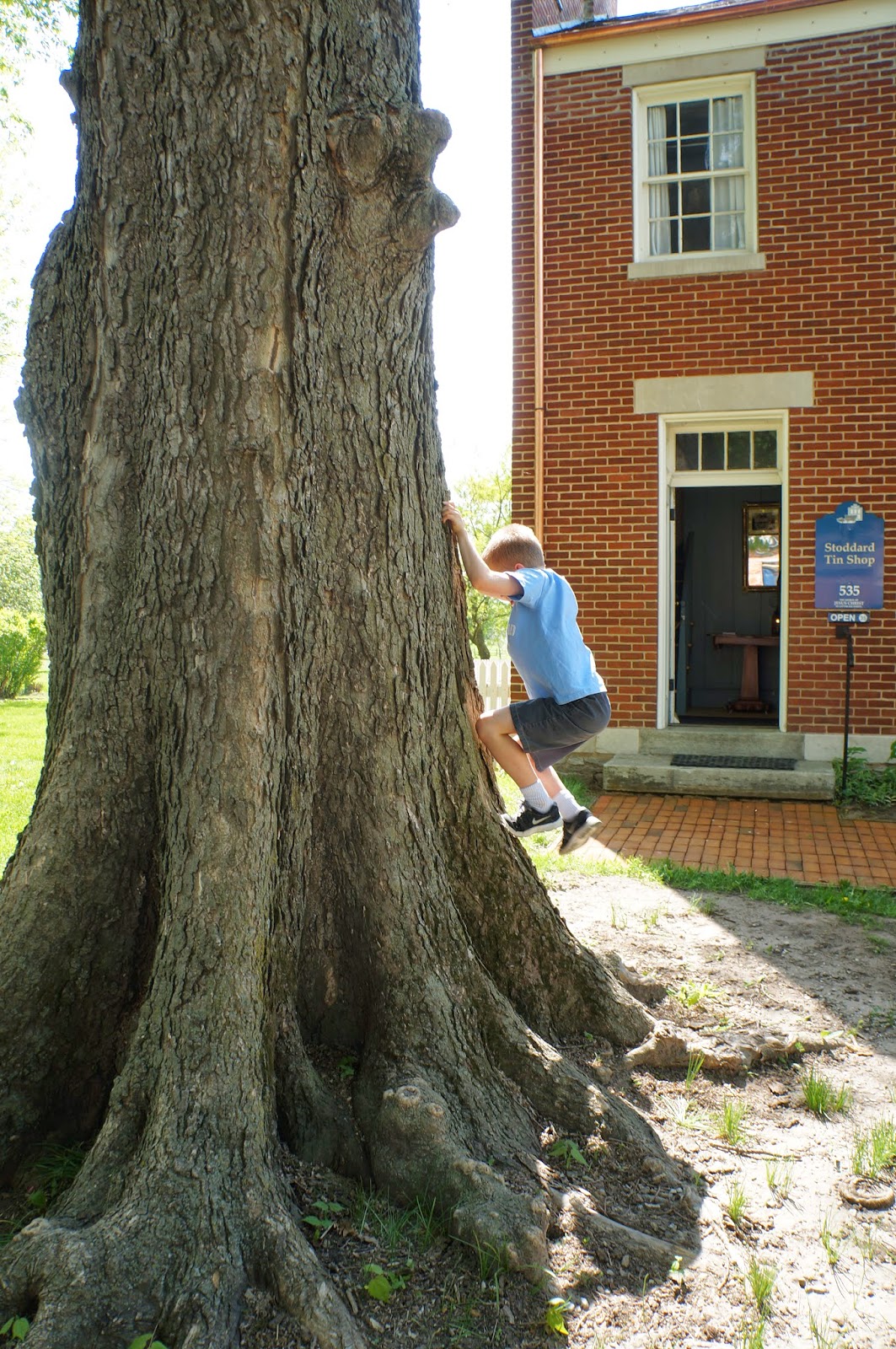 A few other random photos around Nauvoo...


White picket fences, old historic buildings, red brick houses, and green trees.
These are a few of my favorite things! 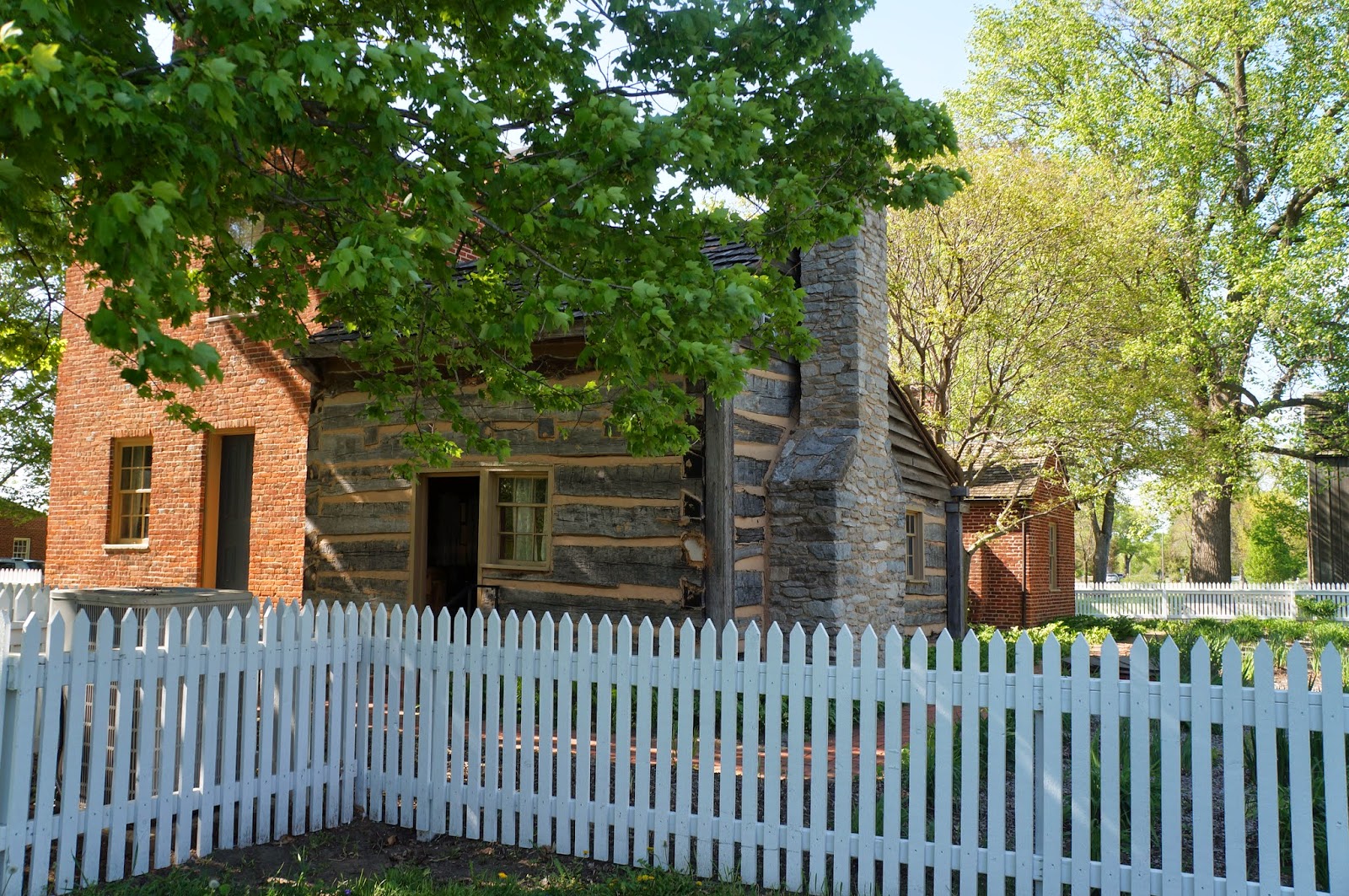 I'm including this photo just because I think it's neat how the blue sky matches the blue sign so well.
The weather was beautiful when we were there. 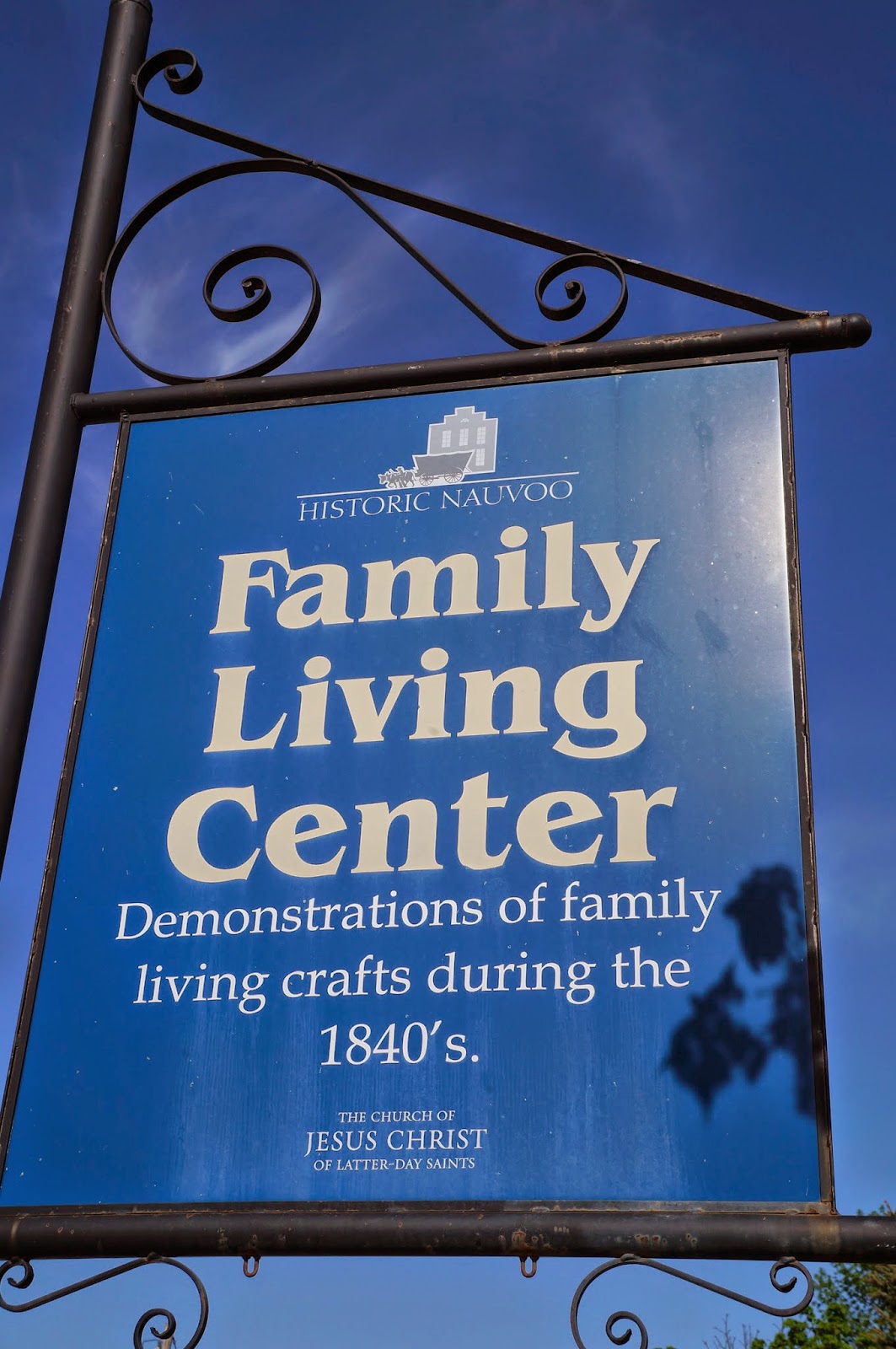 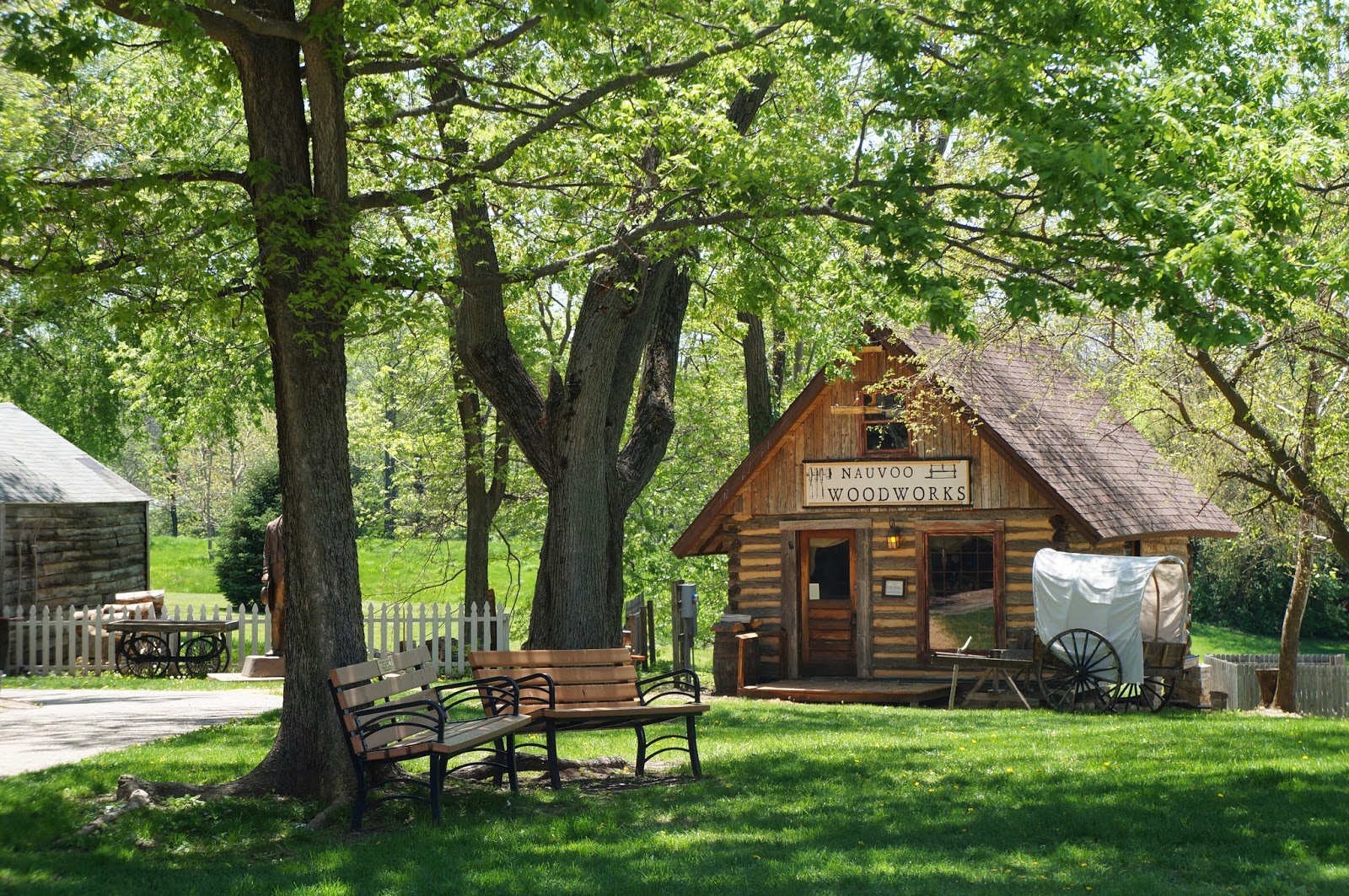 To me, Nauvoo is the Williamsburg or Plymouth of the Midwest. And for me as a Mormon, it has the added benefit of being rich not only in American history but in Mormon history as well. It's become one of my favorite places to visit!