I know it's corny, but I'm going to use alliteration for each of my monthly reviews this year. I started in December with "December's Delights," and you can read the title above for what I came up with for January. I don't know what I'll use yet for February, but don't worry, this mind of mine will think of something.

January is one of the months in which I take the fewest pictures because not much happens. Of course, our January started out with way more pictures than usual thanks to the blizzard we experienced while on Cape Cod (which I will write about later this week) and then our unexpected weekend in Washington, D.C. Thanks to the coldest winter EVER and to school being canceled or delayed nearly every week because of it, and to Peter's crazy-long work hours and to me getting sick, the kids and I were home a lot in January. Here are some of the things we were up to...

John's Pokemon cards are taking over our table! This is his favorite place to play with them. This is just another reason why I miss having a formal dining room. That extra table makes a difference! 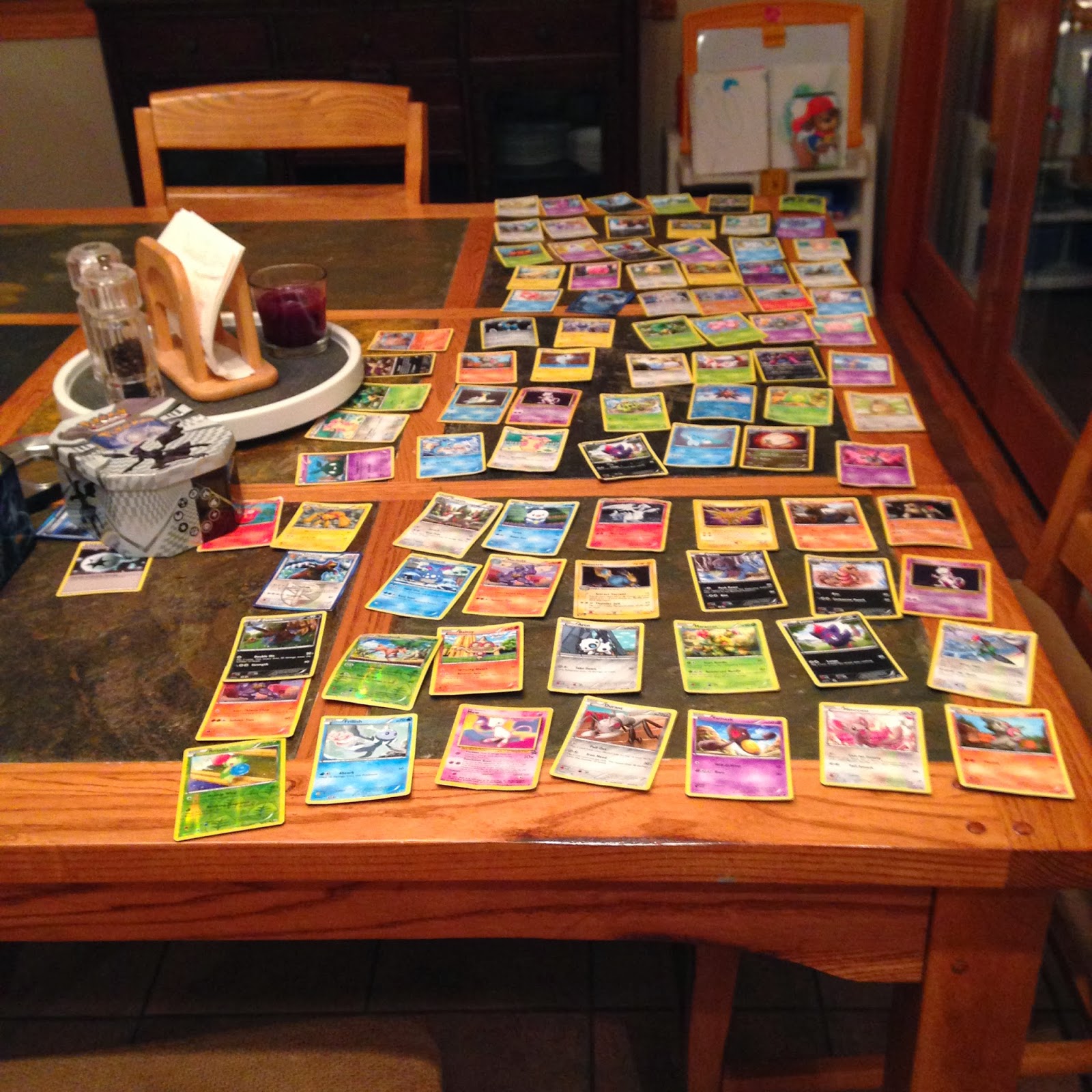 Sam and I built a cool train track together.
We have way too many trains and tracks, but they are well-used and well-loved. 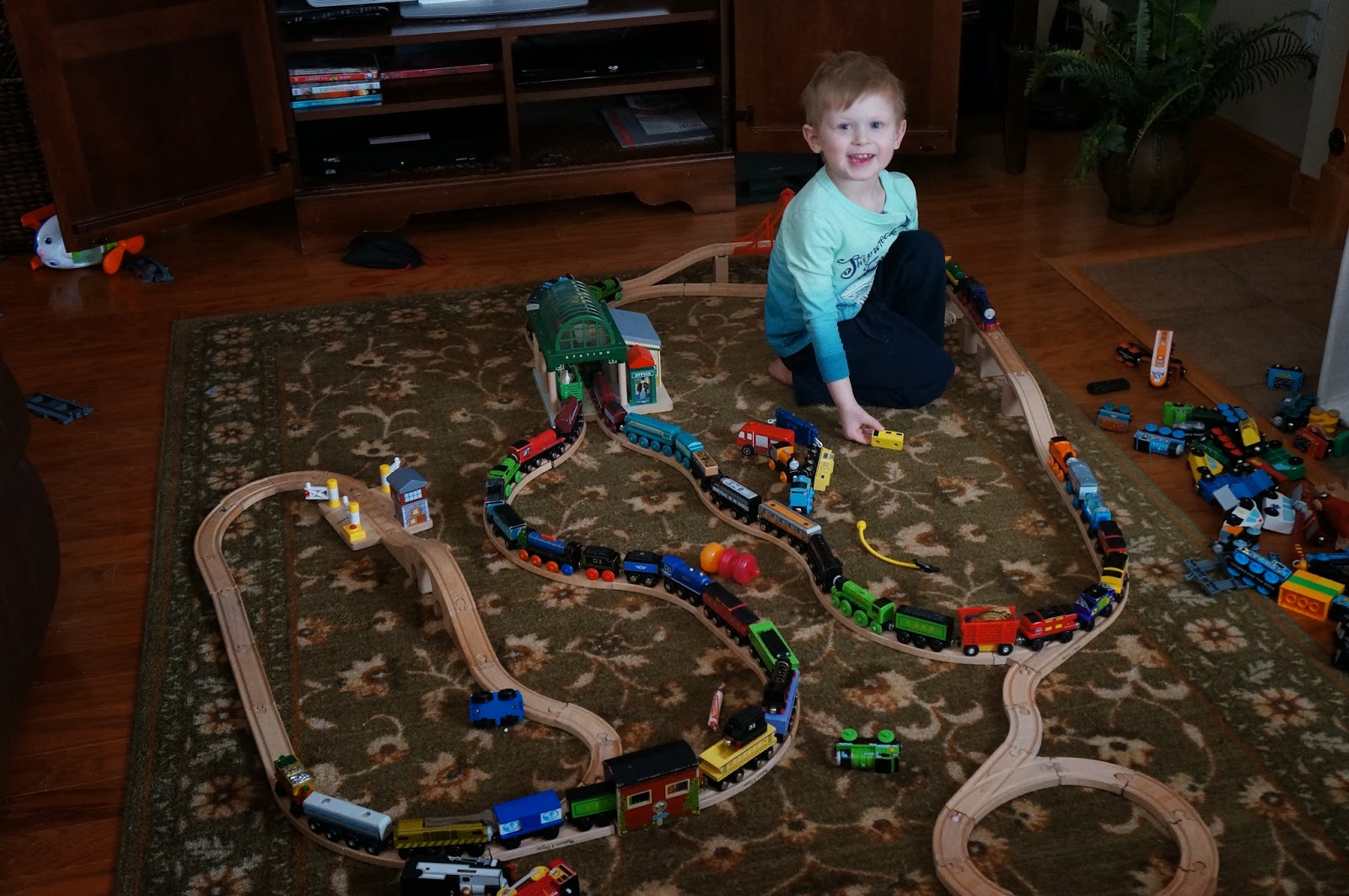 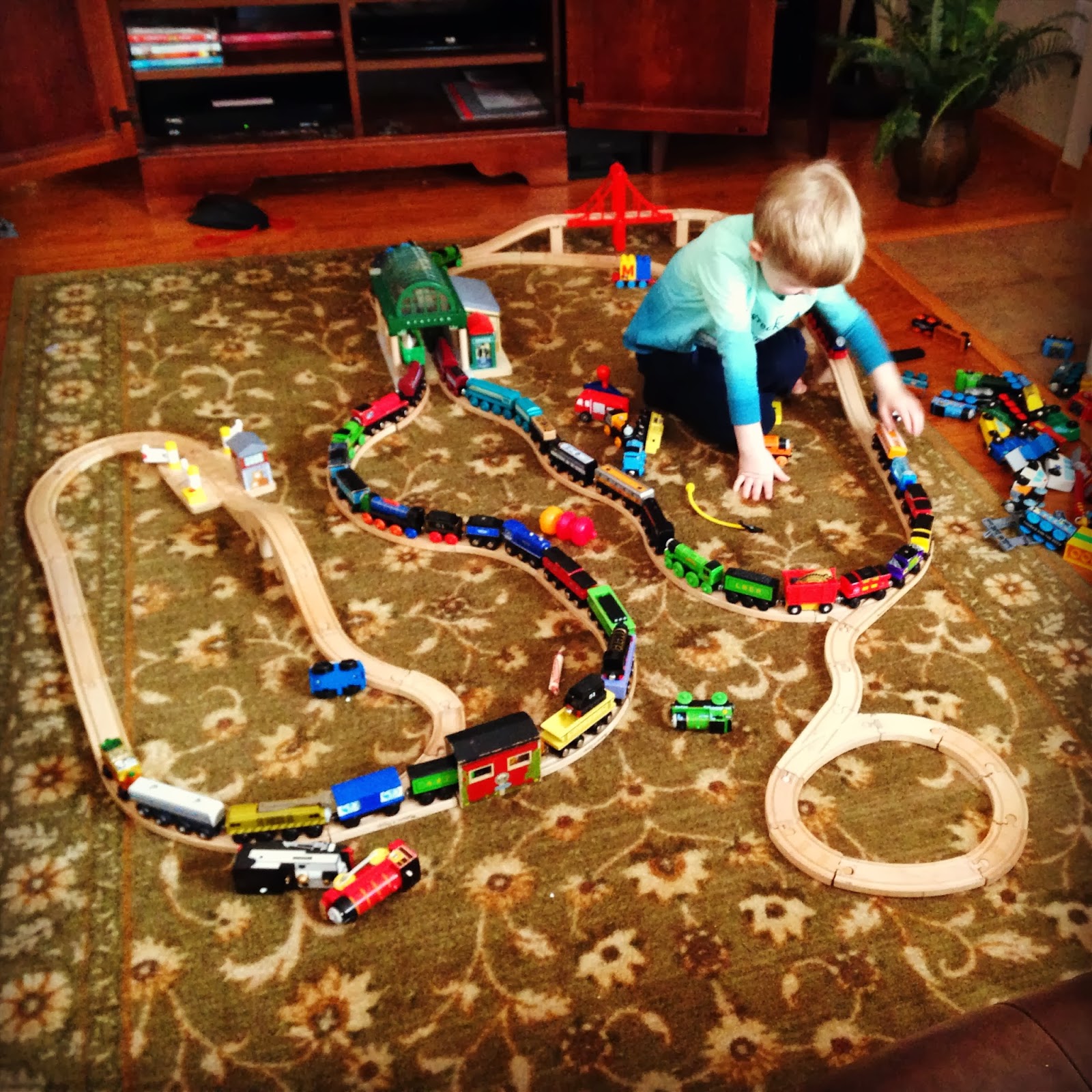 Sometimes we set up the bounce house for the boys in the living room. It's a great way for them to get energy out anytime, but especially in the super-cold and dreary winter when it really is too cold to play outside. 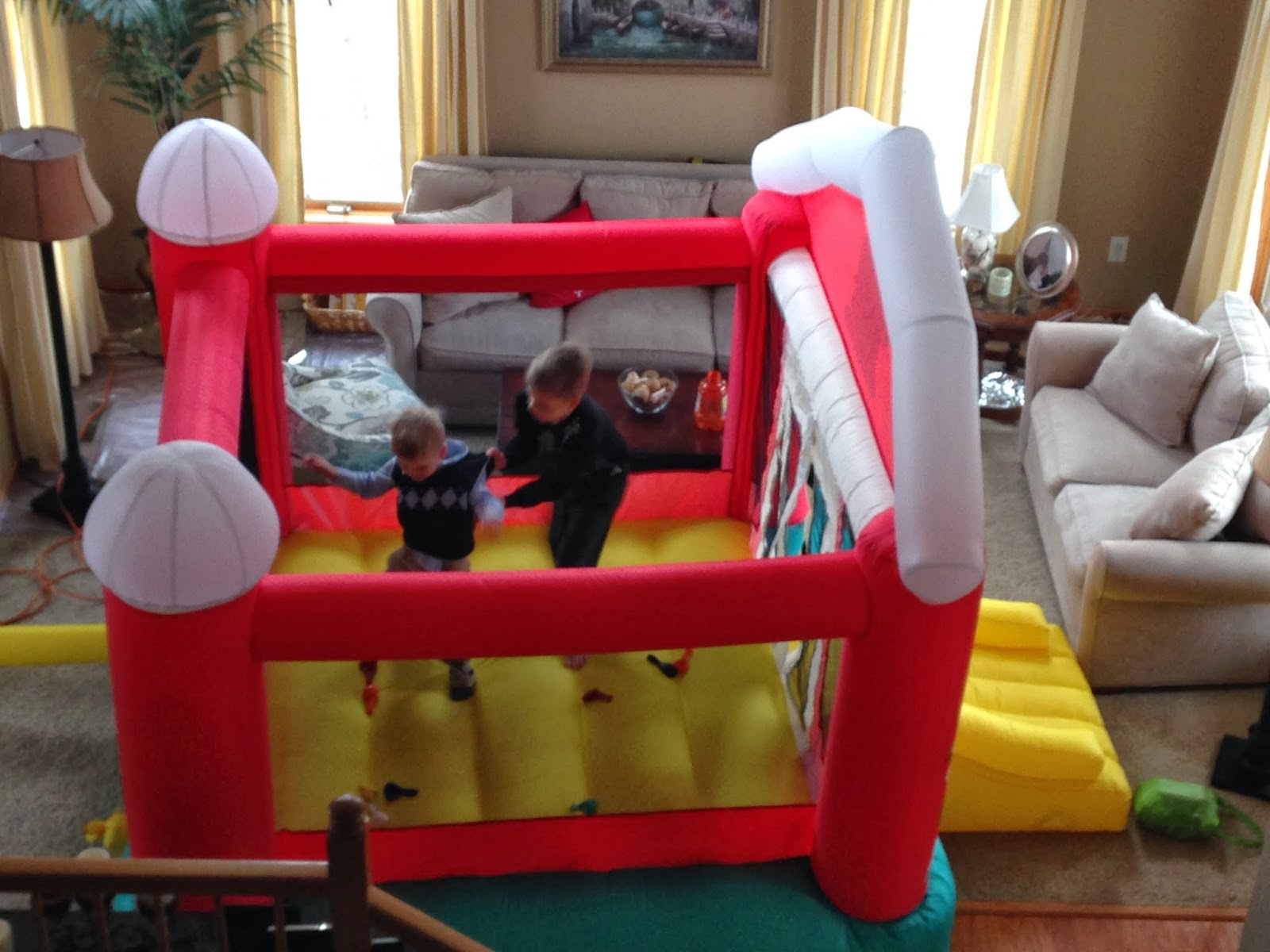 Our trampoline tipped over when there was really strong wind one day, even though it was anchored in the ground. I give up on having a trampoline in Iowa. 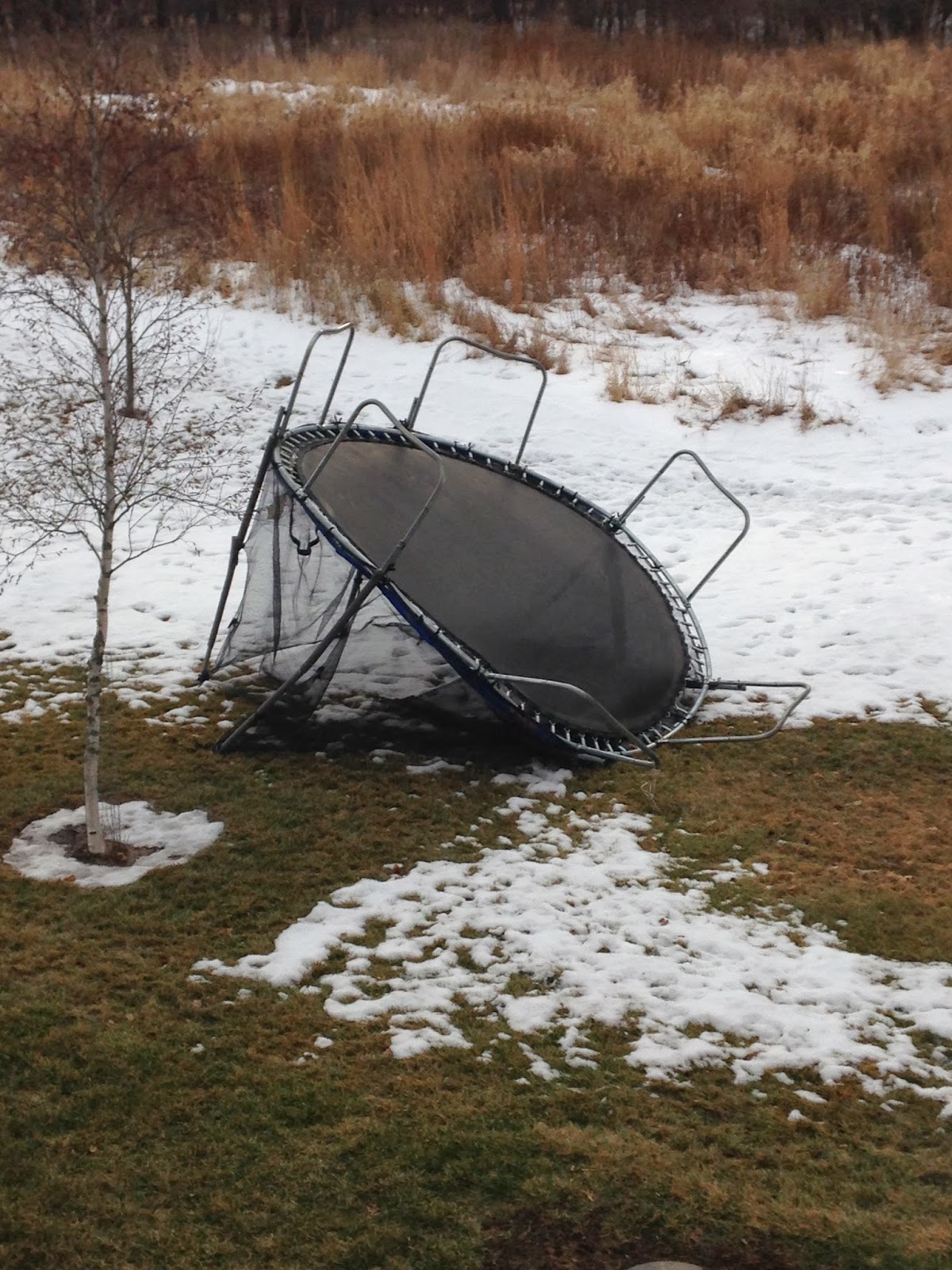 I got this Cars cookie for Sam at the grocery store. It looked better than it tasted. 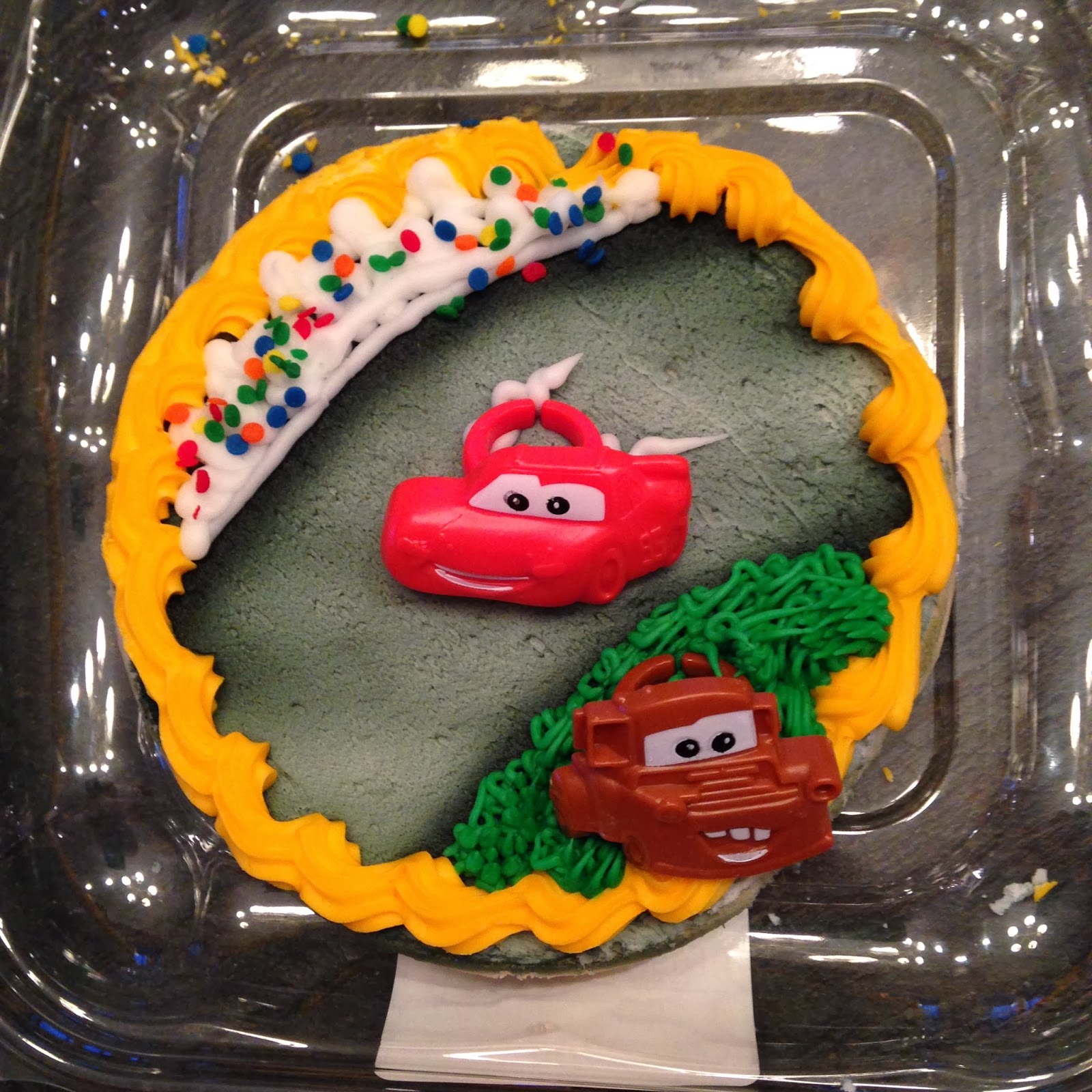 Peter's birthday! He is now mid-way through his thirties, which is crazy!
He had an Oreo ice-cream cake from Cold Stone Creamery. The kids and I loaded it with candles, one for each year of his life, plus another one or two for good luck (and because I lost count). 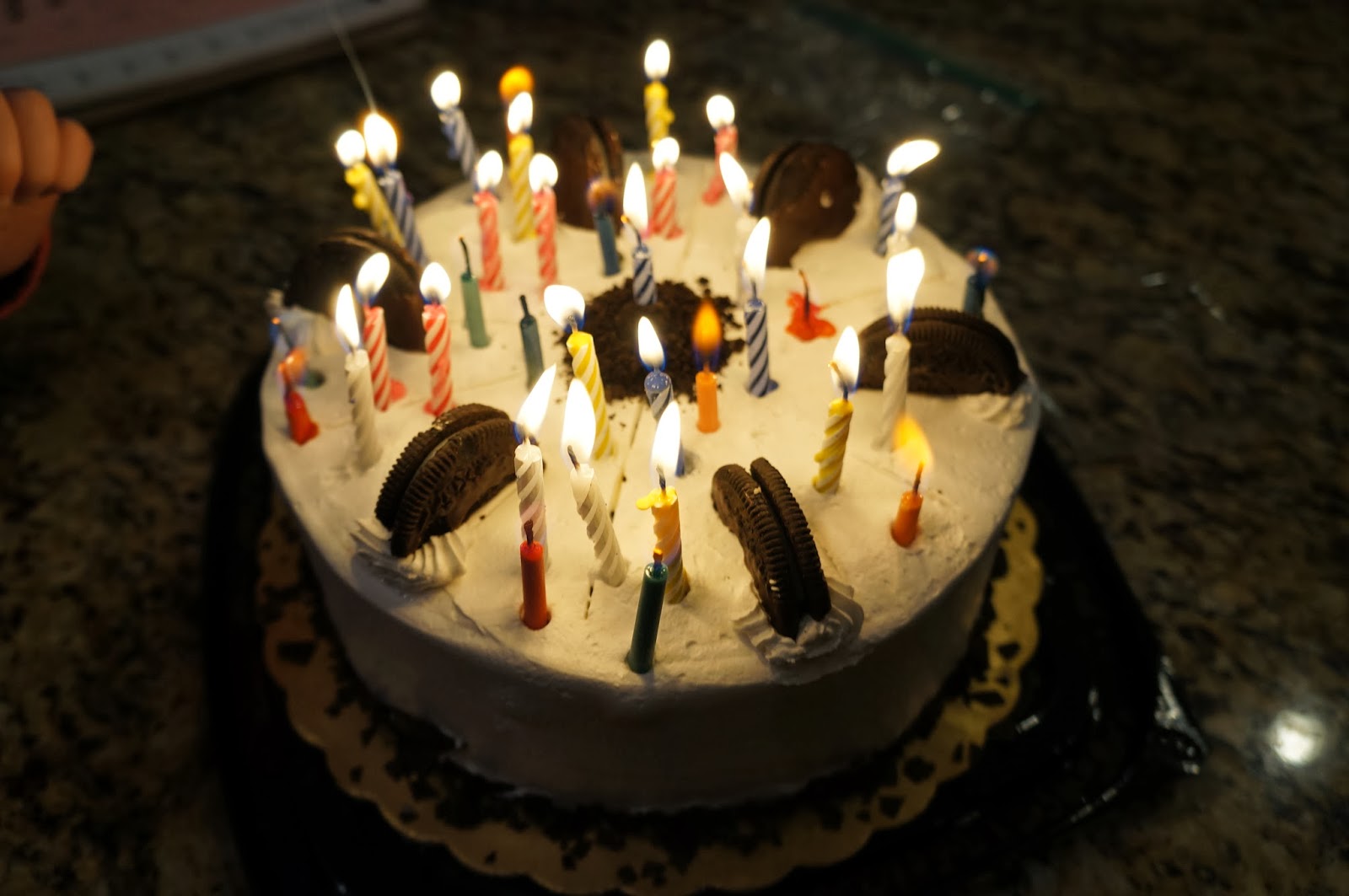 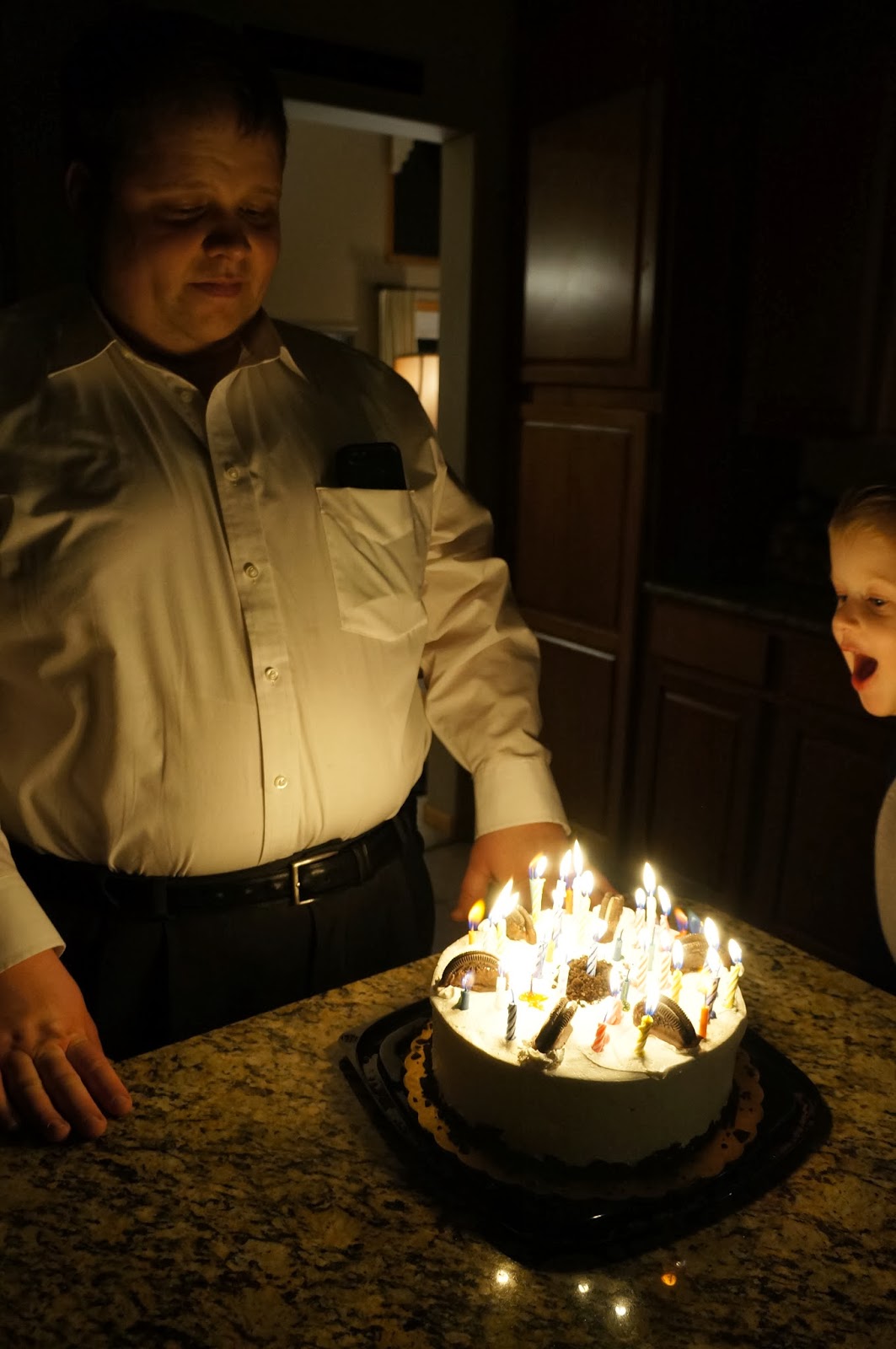 Look at Sam, singing his heart out. He was so excited! 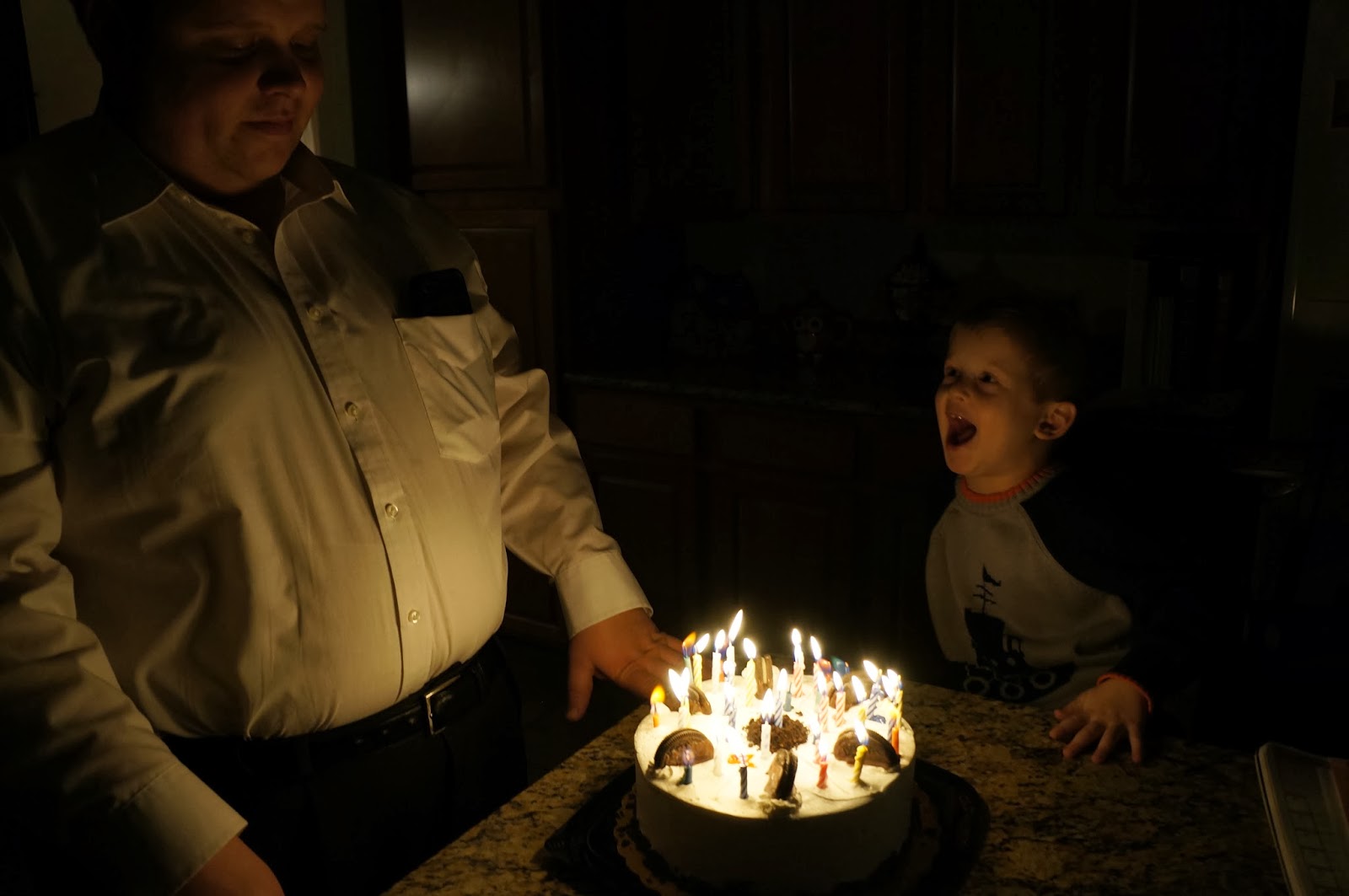 My husband's got a good set of lungs on him. He blew all of those candles out in one breath! 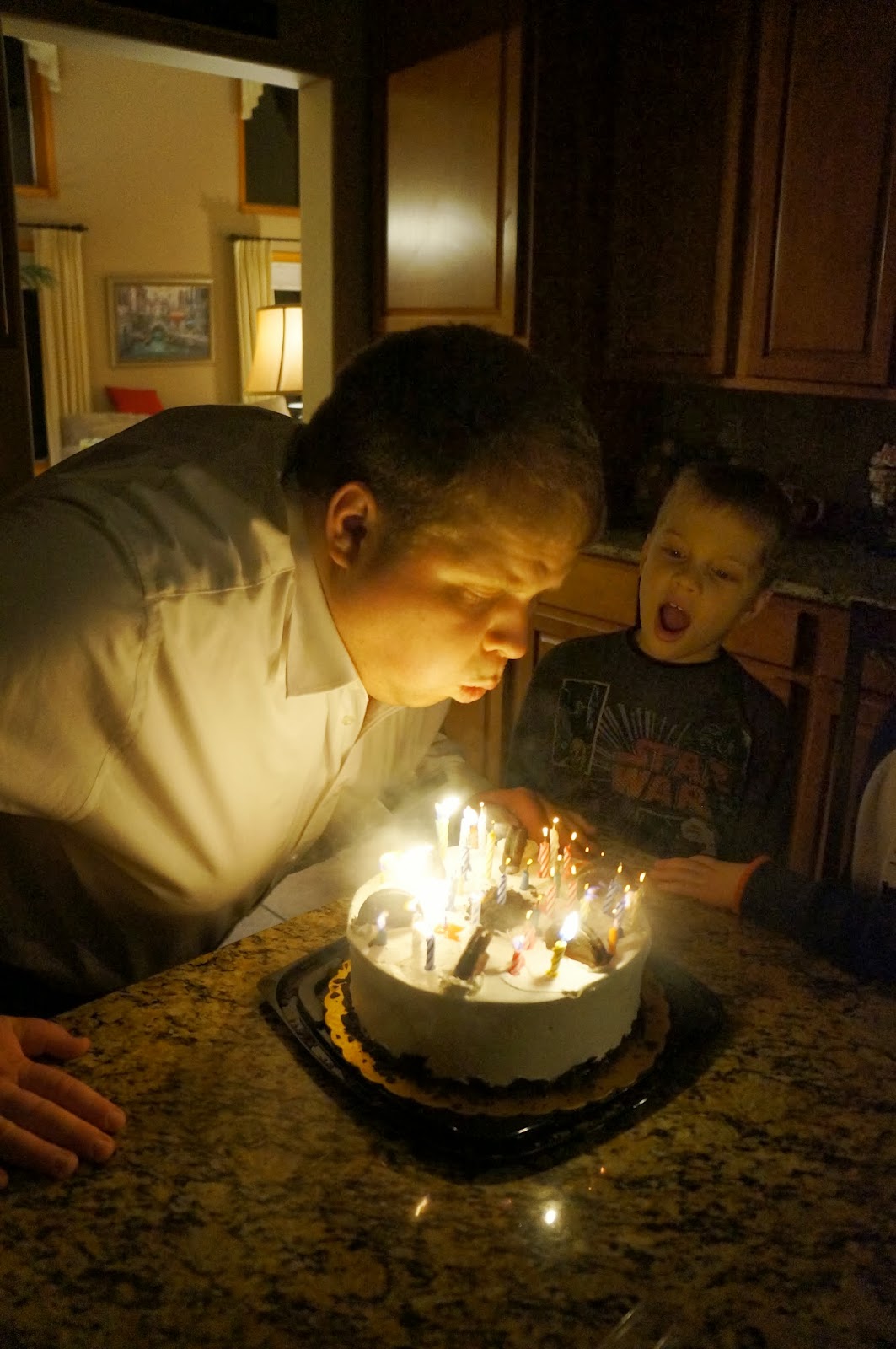 For Martin Luther King Day, this is the essay that John wrote about his dream for the world. Of all the things he could have written about, he chose this. 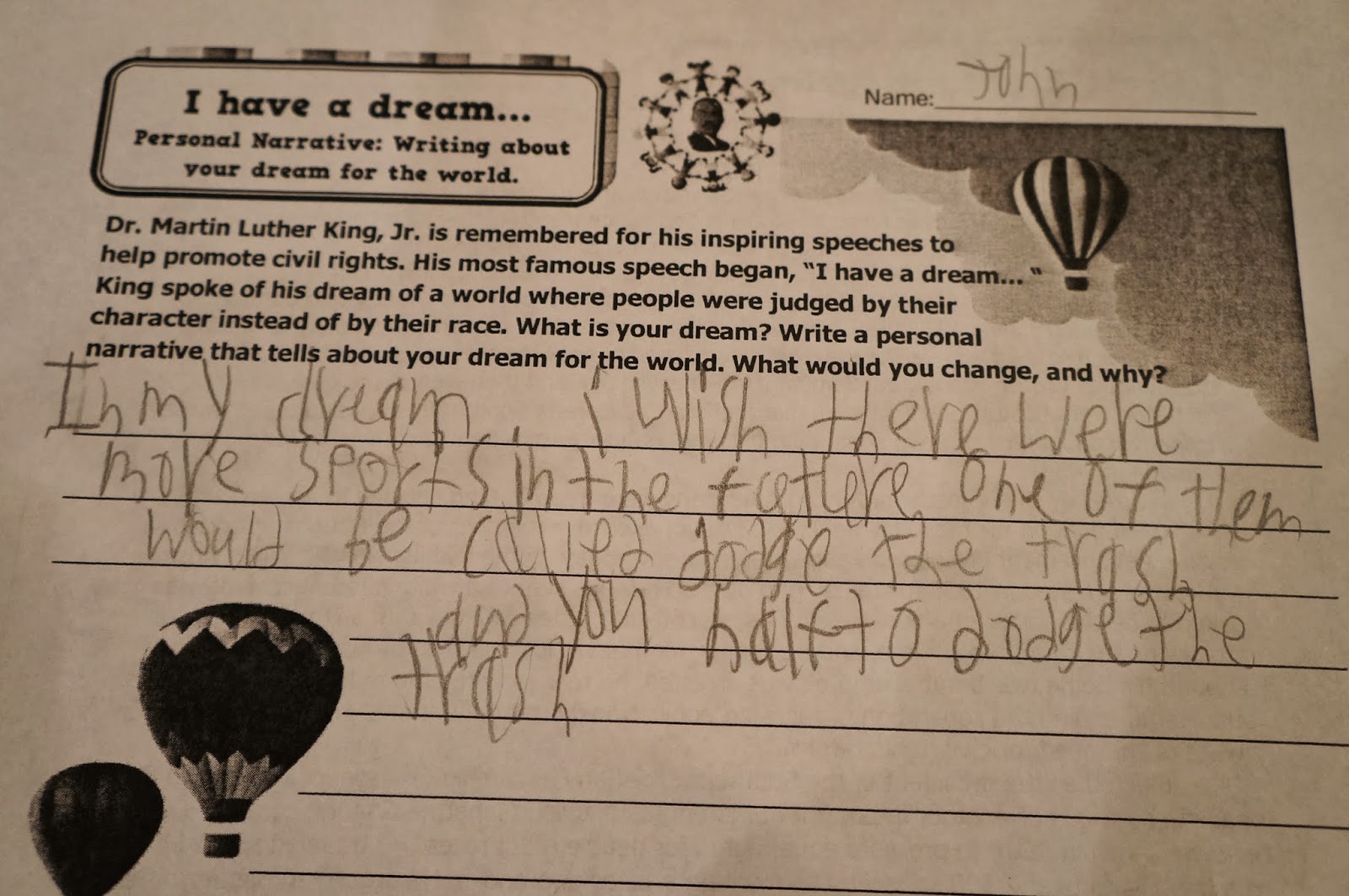 And that is my son's dream for the world.

Yogi and Boo Boo are brothers and BFFs. I saw them napping like this one day and thought it was sweet. 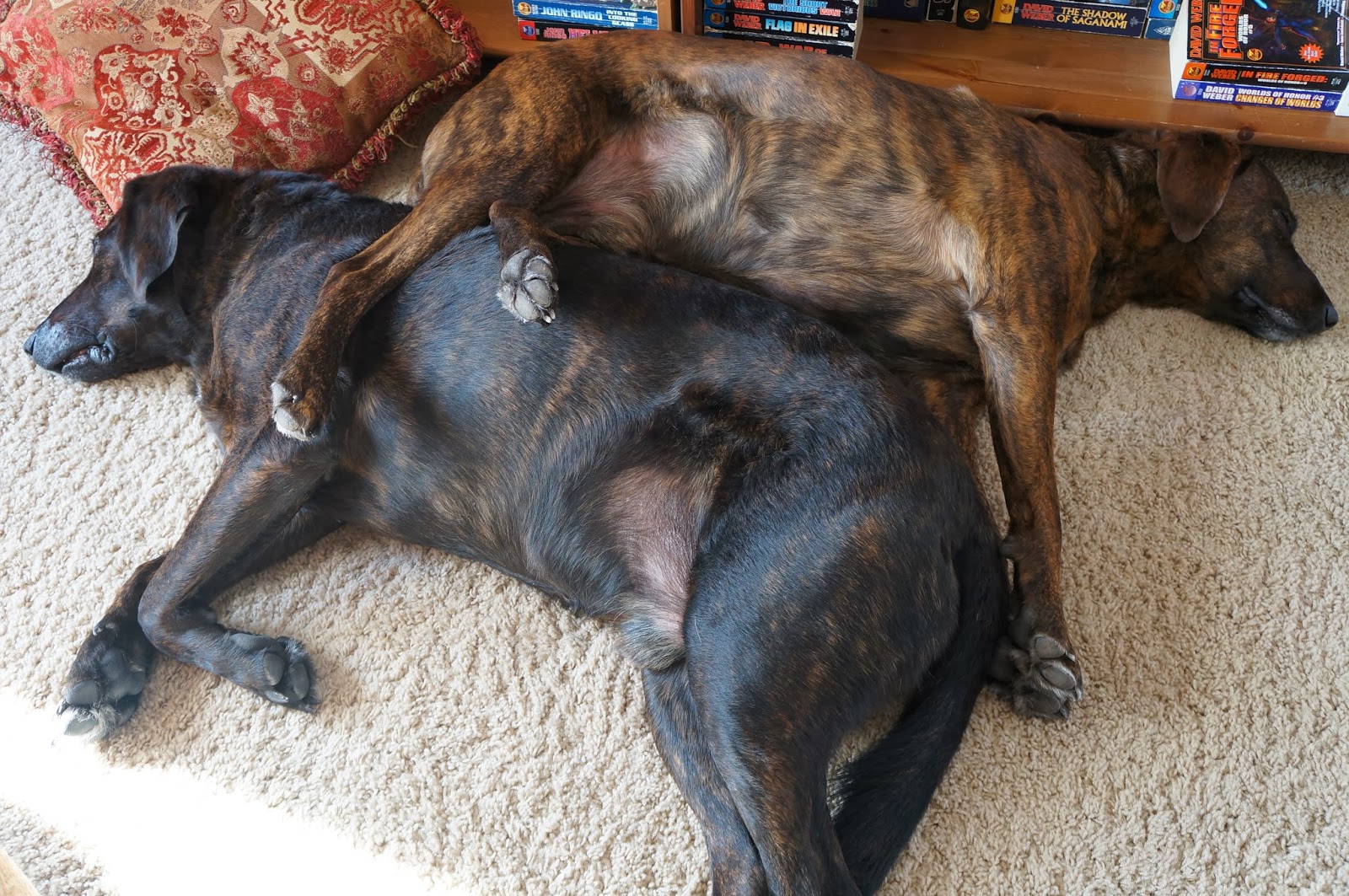 Lunchtime is always a hopeful time for them... 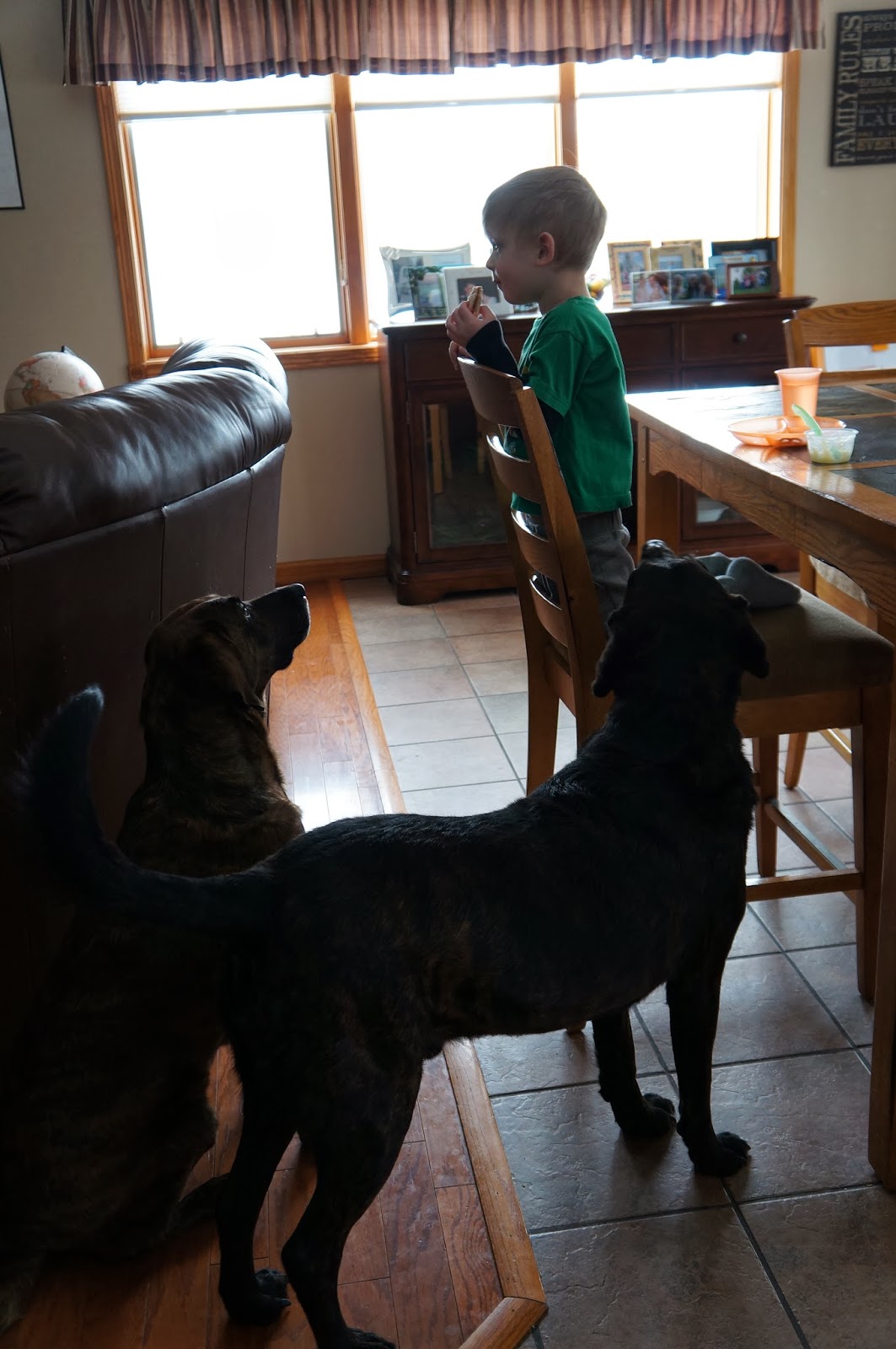 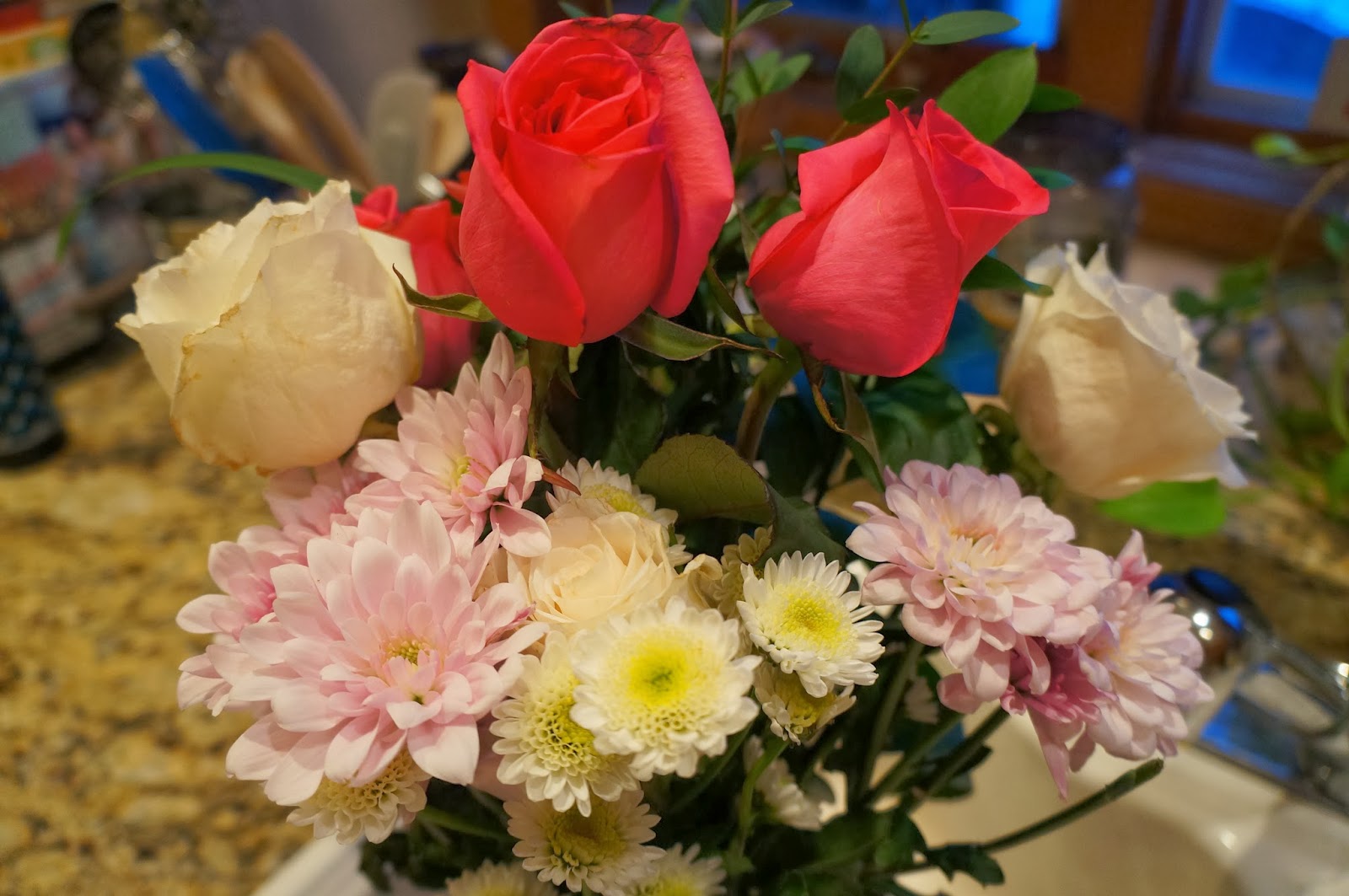 I'm loving the purple and turquoise colors of my iPad Air and iPhone cases. Both were new purchases this month. Actually, now that I think about it, I bought the iPad case in Massachusetts at the end of December, but close enough. 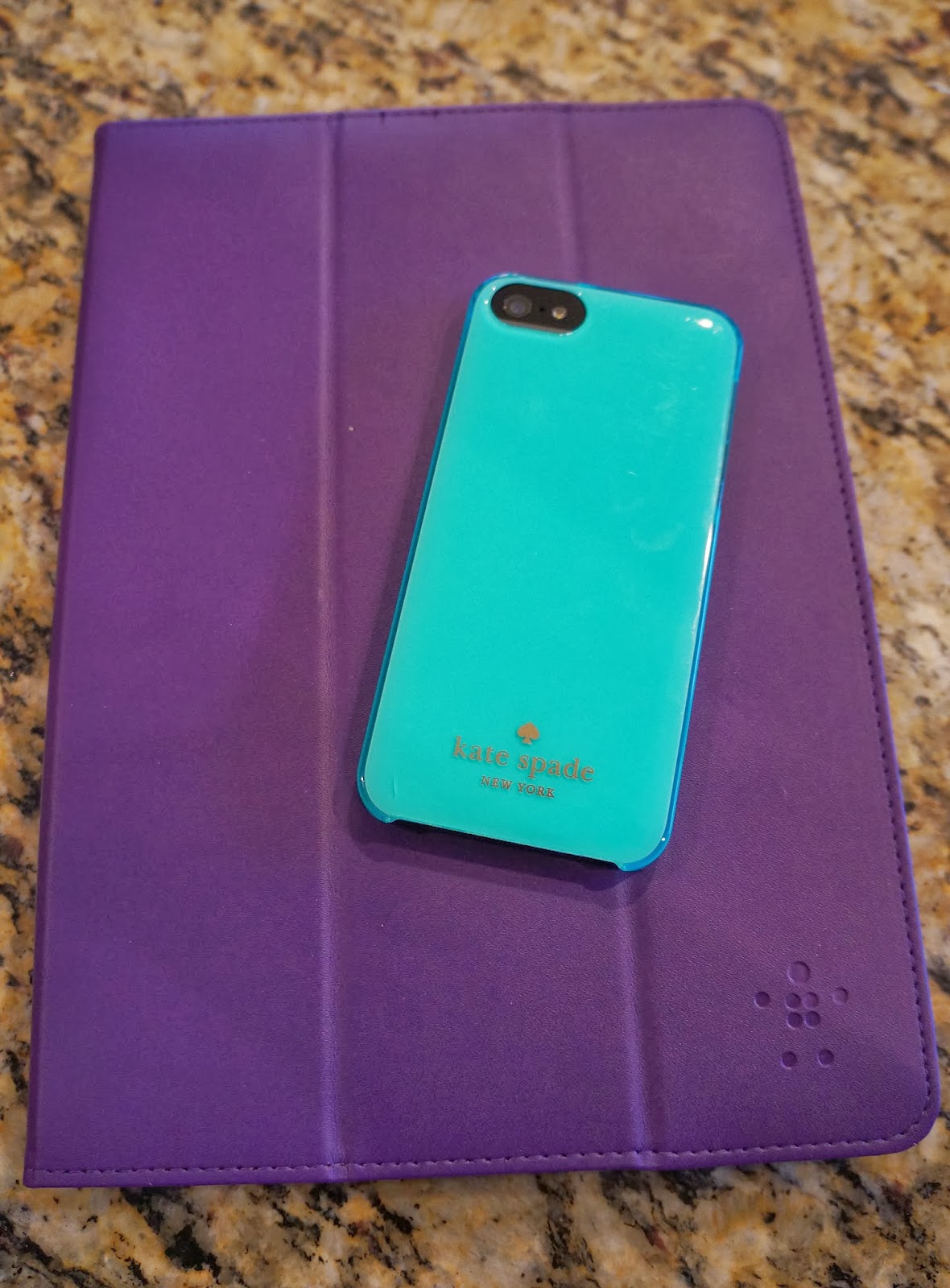 The following was my favorite purchase in January, and it's one of the reasons I like having a public blog on which anyone can comment. On a post I wrote last year about my living room (that I just noticed has gotten over 300 views!), someone anonymously posted a comment to let me know that for the easy chair I wrote about, there were pillows available on Etsy in that very fabric. So last month I finally joined Etsy and after a quick search, I found the pillow! And now, here it is. I love it! I love when things coordinate like this. This was very much a jewel of January! 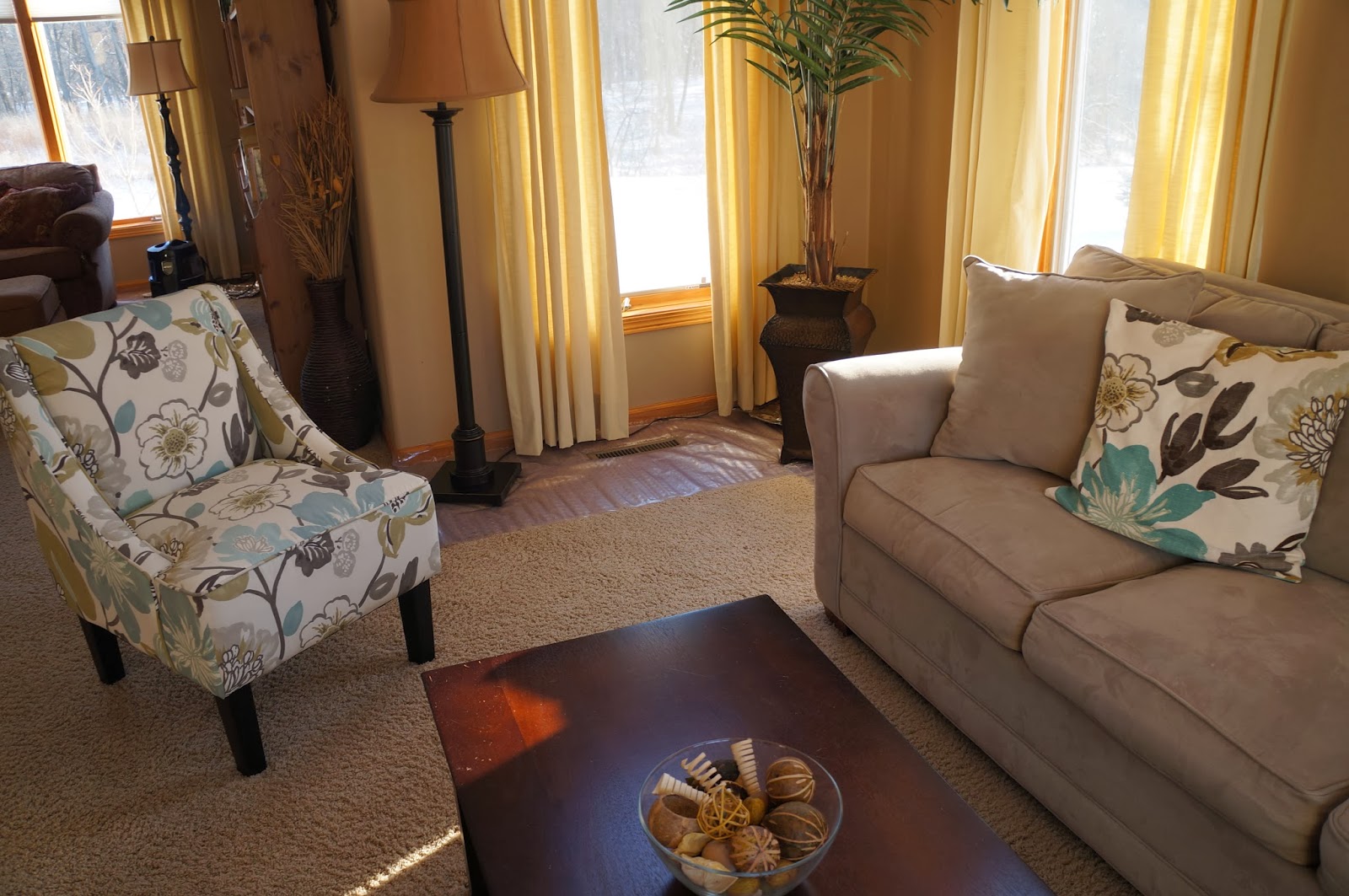 (This is my favorite room in the house when it's all lit up by the sun in the late afternoon.) 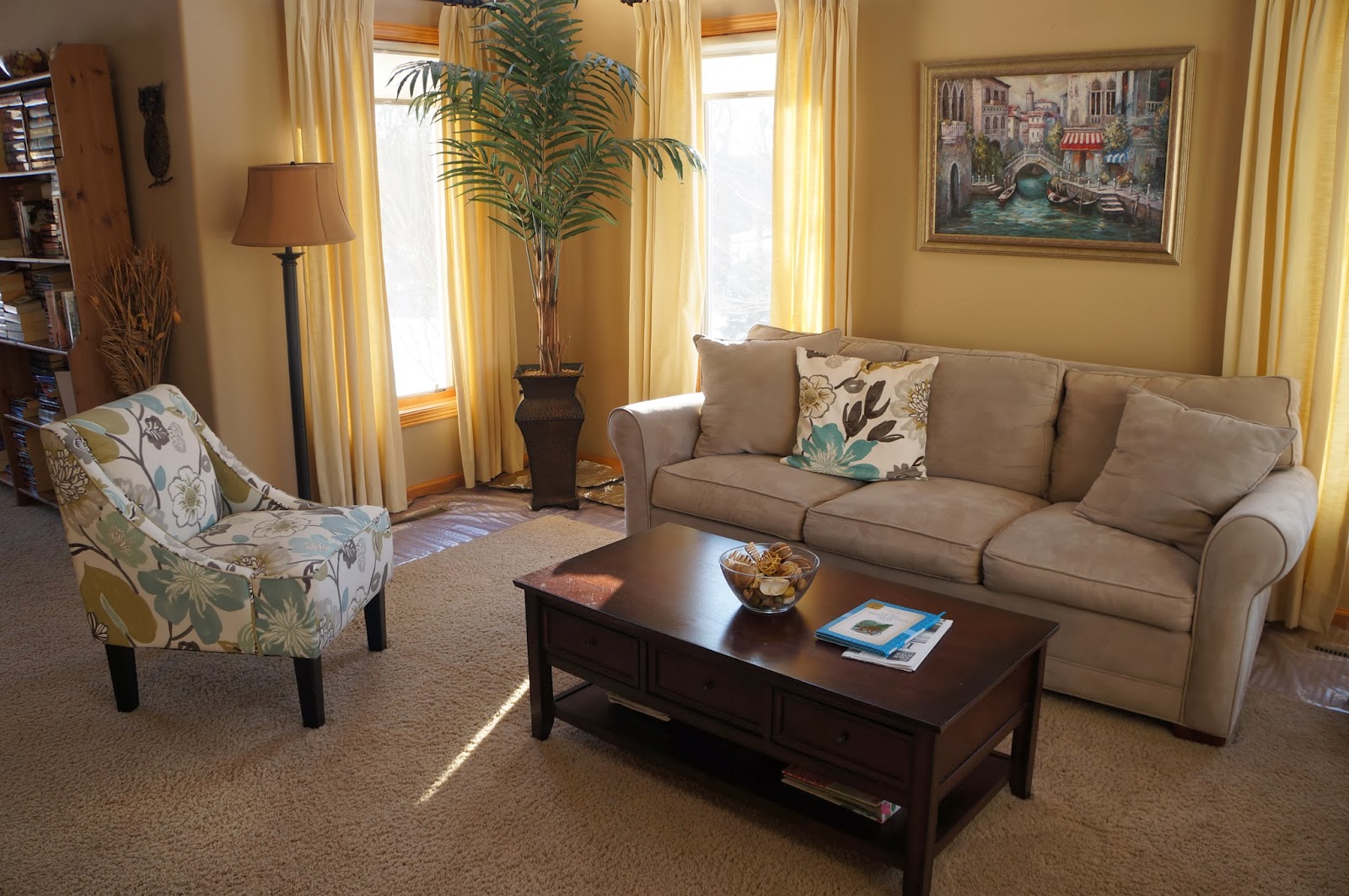 Best book I read in January
The Happiness Project by Gretchen Rubin. I really liked it, and her. After I finished the book I checked out her blog, and now I get daily e-mails from it. She has some great ideas!

Best discoveries made in January