I'm not usually a pessimist, but I have been a bit of one so far this year. After having such a good year last year, I've been wary of this new year, and it turns out that it's been for good reason. It's gotten off to a shaky start and January has certainly been a rough month--I'm so glad today is the last day of it!

Let me complain for a minute. 2014 started off with our family getting stuck in Washington, D.C. without our luggage for two days, then the polar vortex descended and the super-freezing cold temperatures have returned again and again this month, cancelling school multiple times because it's been too cold and unsafe to go out. I've never experienced cold like we've had this month. Also, it's quarter-end for Peter's company and he's been working crazy hours--like until 2 or 3 in the morning, so the kids and I have really only seen him on weekends, and even then he's had to do work on Saturdays too. We've been cooped up inside a lot, which normally I don't mind in the winter, but by the end of January even I am starting to feel some cabin fever. The TV has been on a lot for the kids, and many evenings have become "Movie Night" instead of just our usual Friday Movie Night. I'm not anti-TV for kids and I think people tend to make too big of a deal about it, but even I feel bad sometimes when it's been on for hours. (But overall, I'm really grateful for it during the winter months!)

Then last week I got a nasty head cold that made life pretty miserable for two days (my throat was on fire and I was so agonizingly achy all over!), and then it started going away, but two days ago the congestion came back with a vengeance, so I've been coughing up a storm and am still not well enough to do things like exercise or eat a hearty meal. And let's not forget the killer migraine I got in D.C. that was so bad it made me throw up. After being so healthy and illness-free for almost all of last year, it's been especially difficult to be so sick just in one month! What the heck, 2014!? You stink!

Well, it felt good to complain and get that all out. Despite the rocky start to this year, there are definitely things I'm looking forward to in 2014. They include:

It's evident to me from my list that traveling makes me very happy. It's funny because I'm a homebody and a creature of habit, routines, and schedules, but I can put all of that aside when it comes to traveling and going places. Travel and books are probably at the top of my "passions" list in life.

So anyway, I'm sure that 2014 will get better (knock on wood) than it's been so far. Perhaps I'm just getting the bad stuff out of the way early and the rest of the year will be relatively smooth sailing. How's that for some optimism? :-)

What are you looking forward to in 2014? 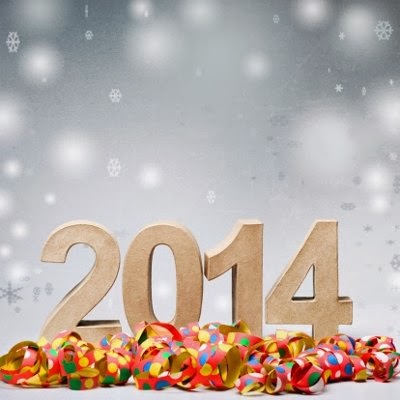