The Cayman Islands: The End

Our last full day of the trip was on Friday, May 2nd. It turned out to be a little disappointing, because Peter got really sick in the middle of the night on Thursday and was bed-ridden and miserable all day on Friday. We had planned on going out to Stingray City that day, which is a sandbar in the ocean where stingrays congegrate and will come right up and swim with you. They're supposed to be very friendly and gentle and we were really looking forward to experiencing that. We were also going to give snorkeling a try while we were there.

But those plans were cancelled, because we didn't want to go without Peter, and my mom and I were too chicken to drive the rental car around that much anyway. (The steering wheel was on the right side of the car, and they drive on the opposite side of the road there. Even just thinking about it confuses me. I'm sure that I would have been a driving disaster.) So we spent a low-key day mostly around the resort, relaxing, swimming, getting packed up, etc. It was actually nice to just relax for a day before returning home.

This is where Peter spent most of the day. (Well, here and the bathroom.) Poor guy! He ended up being sick for three more days after this one. None of the rest of us got sick, so it may have been something that he ate. 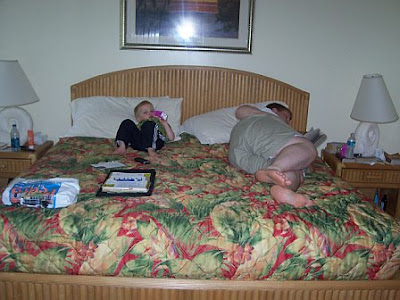 Our patio, draped with towels and swimsuits that were sitting out to dry. The pool was just beyond those plants out there, so we were nice and close to it, which was convenient. 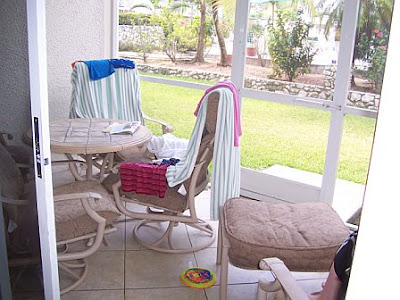 That's me waving good-bye in the mirror. 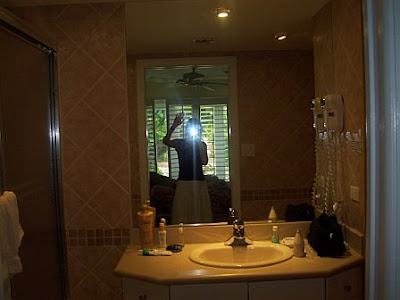 In the evening, my mother, John, and I walked over to the beach before going to dinner. This group of boys was having such a blast playing in the water. Their energy and exuberance were refreshing to watch. 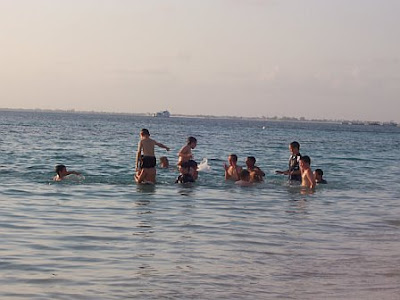 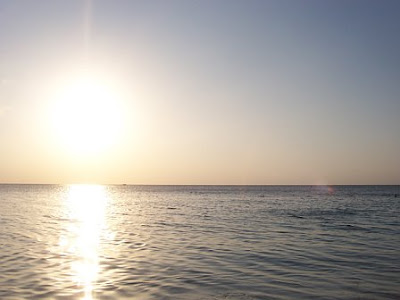 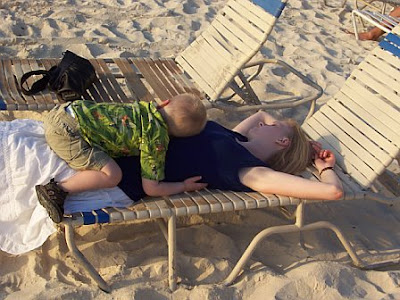 On Saturday morning we had to say good-bye and fly back home. I always feel a little depressed at the end of a vacation, and this time was no exception. We did many fun things while there, but not everything, and Peter getting sick on the last day sealed the deal...we'll be back in a few years! It was a wonderful vacation and I'll always treasure the memories, the photos, the mementos, and the experiences we had in the Cayman Islands. It's such a beautiful place. Everyone should go at least once in their life.

This is the airport. I took this picture from my seat on the plane. It's a small airport, so we had to walk up steps to the plane instead of going through a tunnel. How charmingly old-fashioned! I'd never done that before. 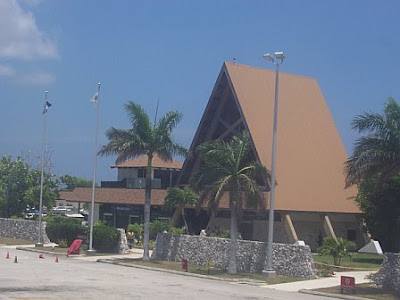 My mom and John as the plane was getting ready to take off. He fell asleep on her almost immediately and slept for 2-1/2 hours. That was nice! 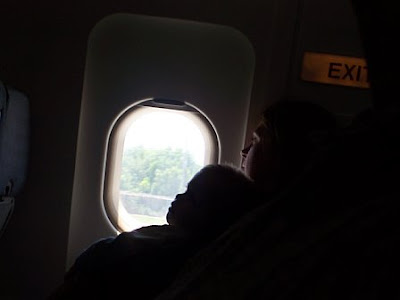 I'll miss you, Grand Cayman. I'll be back! 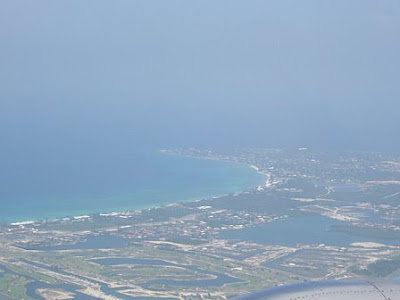 When we arrived in Boston at 5:00 p.m., it was cold, raw, and wet. We were shivering when we were outside. Welcome back to reality!