I spent a fun and unique afternoon with my mom's side of the family a few weeks ago. We met up and had lunch at my cousin Jimmy's, who has a nice house on a lake, and then we went to see our cousin Ronnie star in the musical Matilda.

Despite what it looks like in this picture, there were a lot more of us there than this! 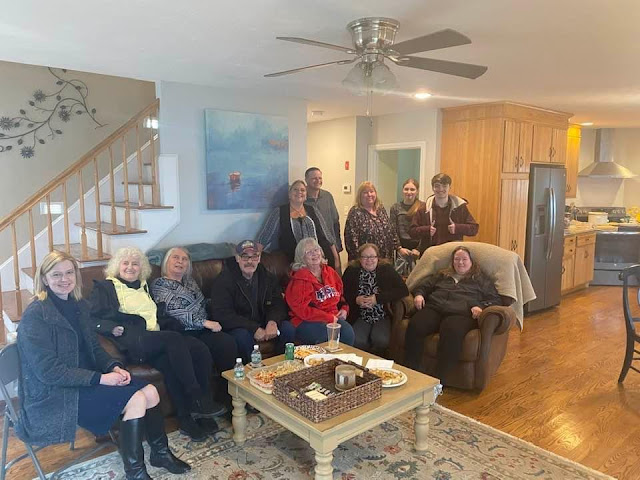 Jen and my cousins Belinda and Lisa 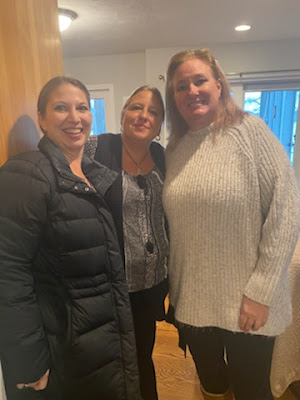 We took a group picture before going into the play. Do you see me in the back with my pretty blond head of hair? 😄 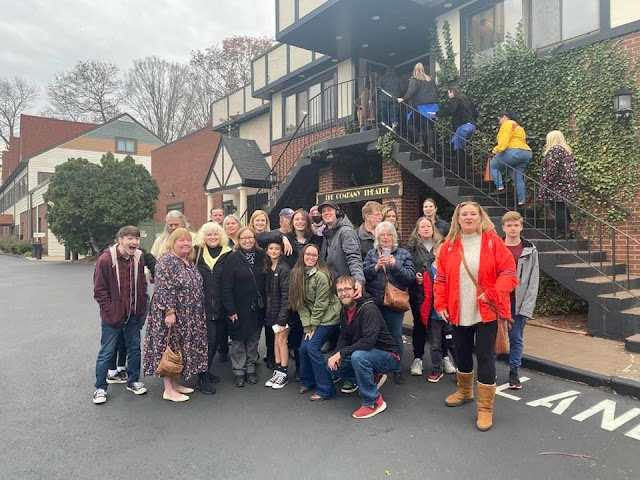 Here are my aunt Audrey, my first cousin once removed Ayden (who was being a ham!), and my cousin Kyle. (And my "pretty blond head" sticking up behind Ayden's, ha ha.) 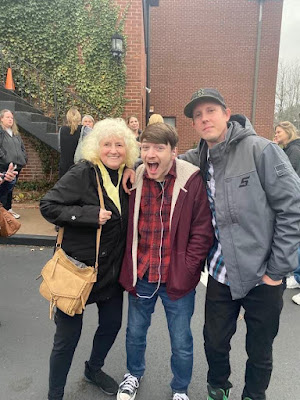 Speaking of blond hair, Ronnie has amazing long, thick blond hair and a great singing voice and he's a talented actor. He's been Ursula in The Little Mermaid and the Beast in Beauty and the Beast. For Matilda, he was none other than the notorious Miss Trunchbull, and even though he's a guy (because Miss Trunchbull is basically a guy 😆), he nailed the part! Here he is taking his bow at the end of the show. 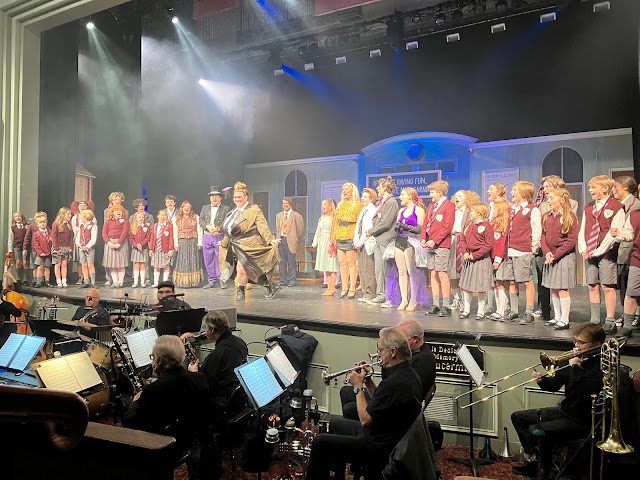 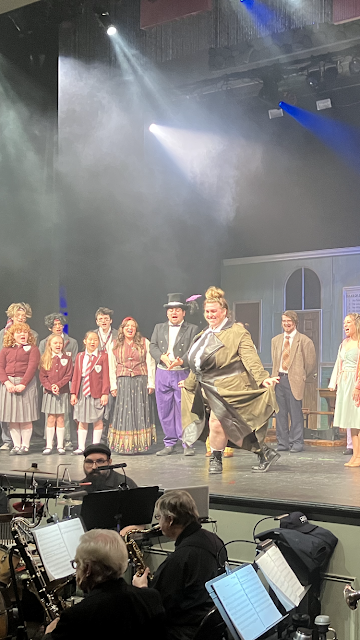 The cast did a great job and it was a lot of fun to watch! I hadn't been to a play in awhile so I really did enjoy it. 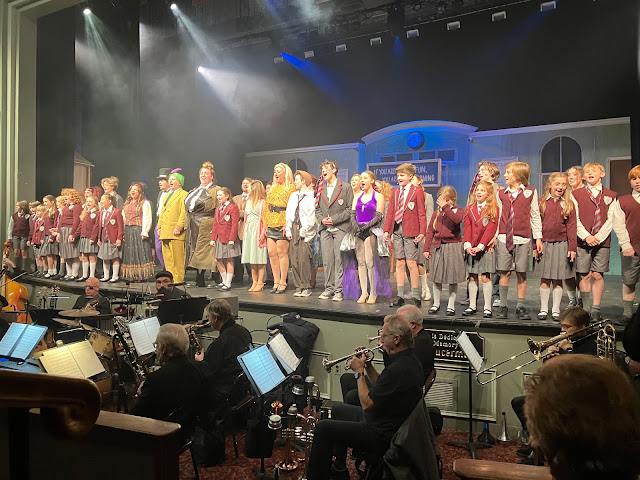 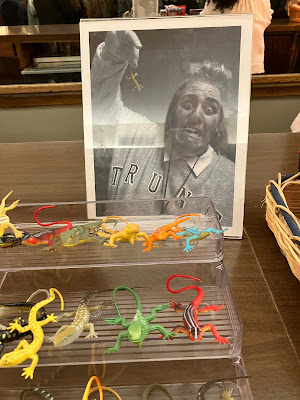 We surprised him and he didn't know we were there until the end of the show, which he said was good because we would have made him nervous. He came out and took a picture in the rain with us before we all left. So fun! 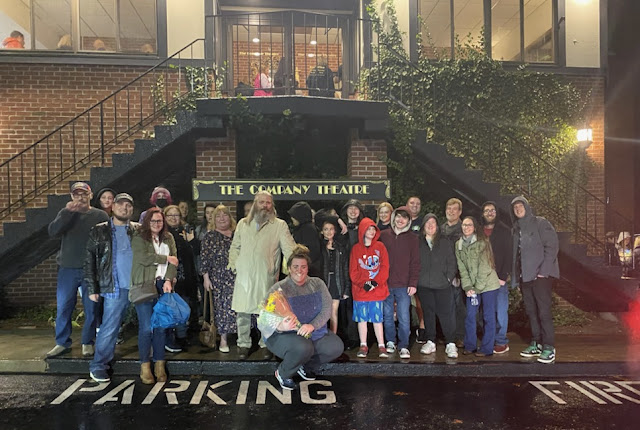