I've liked putting up the tree before Thanksgiving ever since I finally caved a few years ago and got an artificial one. This year I set it up the day before Thanksgiving, and I had the boys help me decorate it then since they were supposed to be away the next day and that weekend.

I set up the tree by myself because I'm an independent little cuss like that (as my dad likes to sometimes call me 😄). I lugged up the three big heavy bags containing the tree parts from the basement. 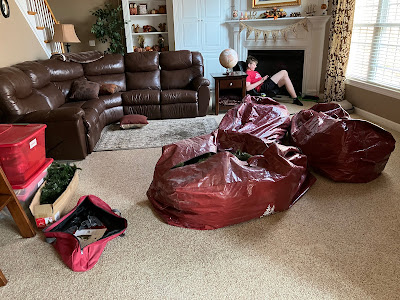 Note Sam in the background being entirely unhelpful. But it's okay because I'm an independent little cuss! 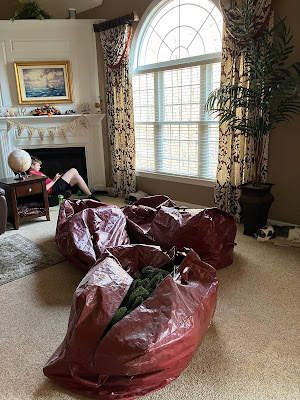 I put the stand and tree together and fluffed out the branches. My mom helped me string the lights because that's a big job and I'm not as much of an independent little cuss when it comes to that. (Is that phrase getting old yet? I don't know why but I think it's really funny 😆.) 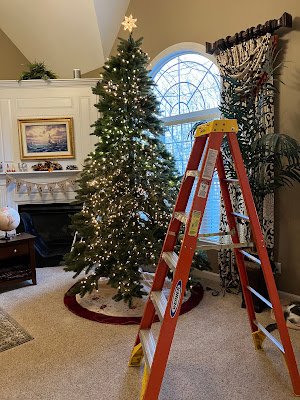 After multiple requests, the boys helped me put the ornaments on, and we enjoyed maybe ten minutes of relative peace until John slammed Sam's head to the ground in response to Sam's teasing, and Sam stormed up to his room upset, and I scolded John, and he left to go to work, so I then had to finish the job on my own, which was in keeping with me being the independent little cuss that I am anyway, I guess. 🤷
The tree came out really nice! I think we did a great job, especially on the lights this year. Good job me, my mom, and John and Sam. Mostly me though. 😁 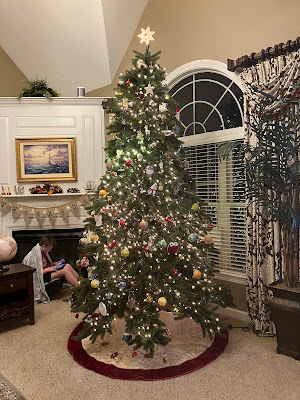 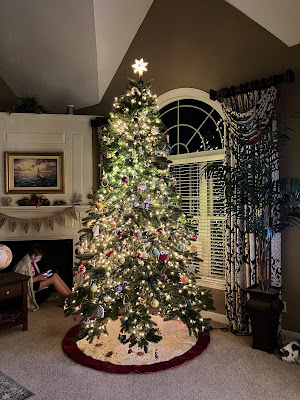 The day after Thanksgiving, I spent hours putting away the fall and Thanksgiving decorations and then decorating for Christmas. It's a time-consuming process, but it's totally worth it, so I'll continue to do this every year until I don't think it's worth my time anymore (which I predict might be never, or not until I'm very elderly). 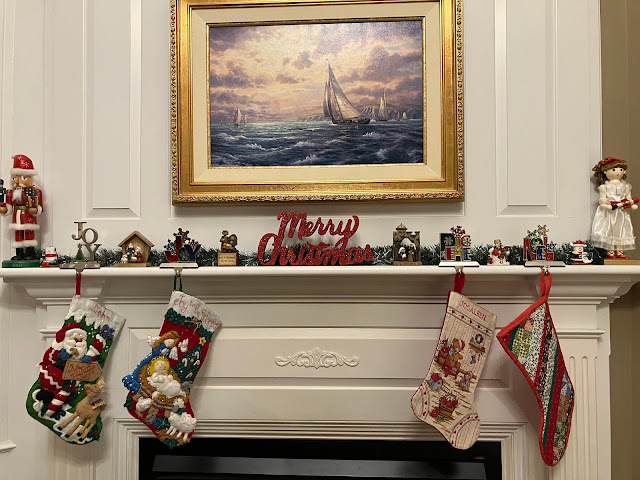 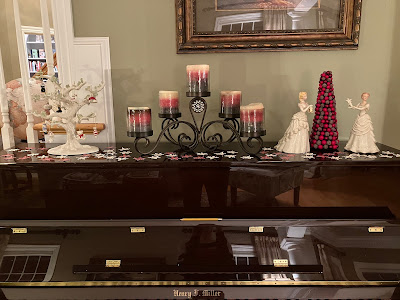 Decorations scattered around on the grand bookshelf. 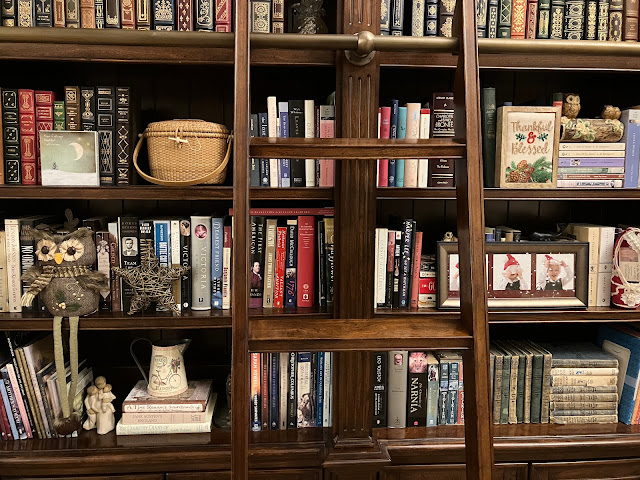 My favorite is my Nativity set display (which now includes a random but totally awesome nutcracker with an owl on its head that I got in Mystic, CT last year!). 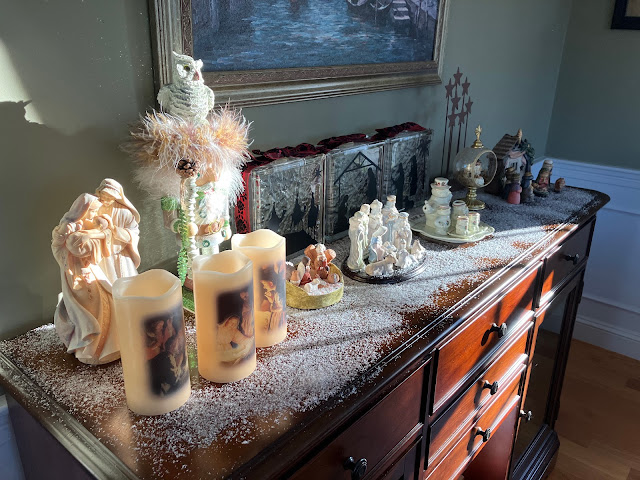 I don't have a picture of it in this post but there's also my beloved Willow Tree Nativity set that's on a different table in the dining room.
I grew up with this mistletoe decoration being used in my house every holiday season. I've been using it for the last several years. I'm glad I got it! 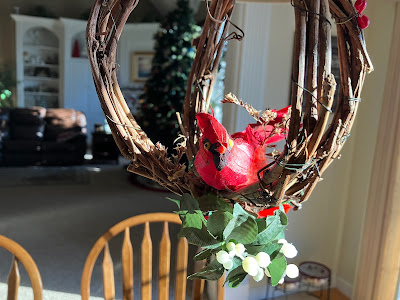 It hangs from the kitchen table light fixture. Not a convenient place to kiss, but it's okay because I have no one to kiss except for my boys, and much to their displeasure, I can easily lean over and do that while we eat! 😘 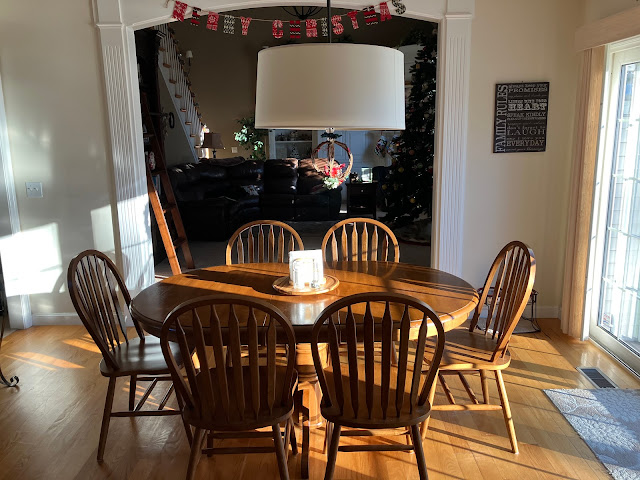 "Happy Owlidays" -- I love it! The other two things are crafts the boys made when they were younger. 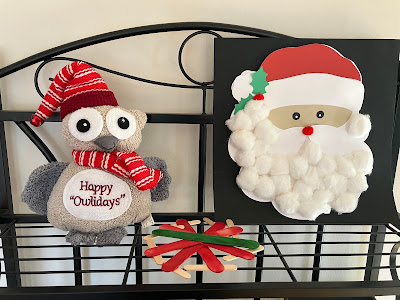 There are more decorations than these but this is what I took pictures of because this year I made slight changes to where I put certain things and I needed a record of it for my holiday decorations picture file for future reference. (That just made me sound pretty OCD and nerdy...which I am. 😉)
The front porch is fun and easy to decorate. 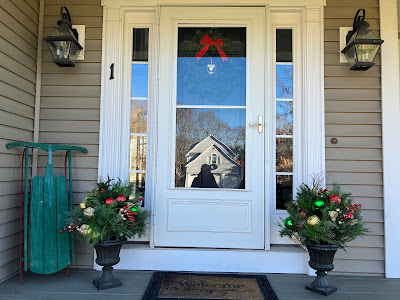 My only splurge on decorations this year were these two kissing balls. I didn't have to buy anything else. 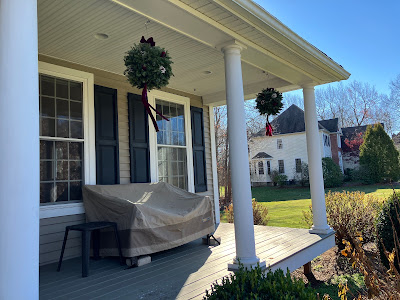 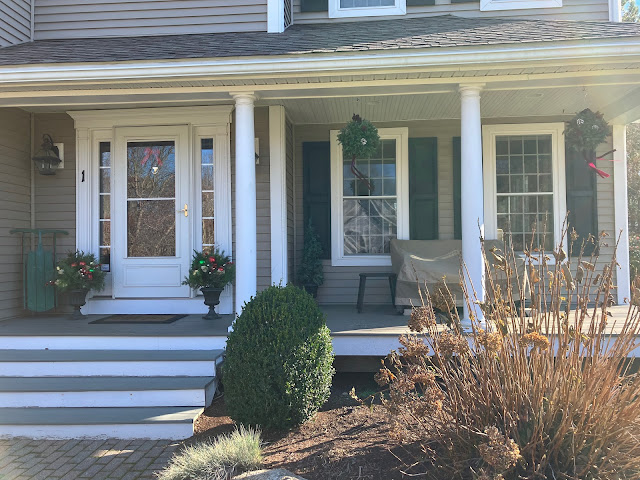 I wish there were lights on the house and wrapped around the porch pillars and draping the bushes--they would look so pretty on this house--but I'm not an independent little cuss when it comes to stringing up outside lights. That's a good husband job, or a husband-and-wife job, and so my house shall remain lightless on the outside at Christmastime until I get a husband who likes doing that kind of stuff, if such a fortunate circumstance should ever take place. In the meantime, I enjoy decking the halls on my own, along with a bit of help from the boys and my mom! 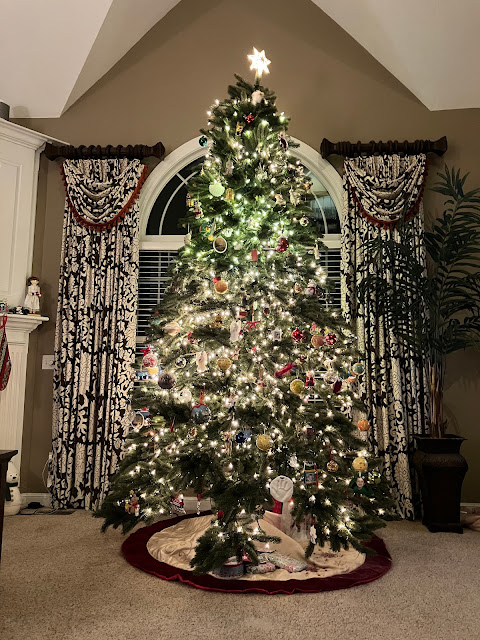