I have the boys do a first-day-of-school "interview" every year for fun and for posterity (although John stopped doing them years ago). Sam's was pretty funny, specifically in that he dissed Facebook and proclaimed his love for Chick-Fil-A. 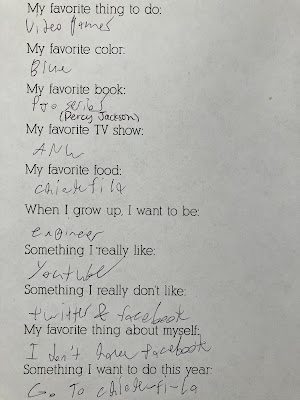 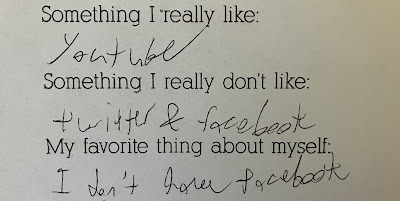 This dress is cool! 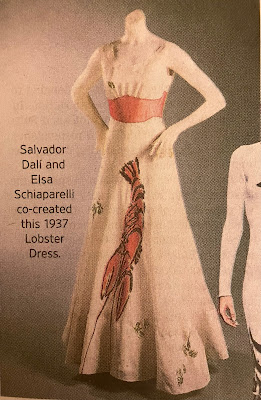 Even though I love England and British history, I'm not really that into the modern British monarchy. But Queen Elizabeth seemed pretty cool overall (notwithstanding what I regard as her poor treatment of Diana), and I admire her steady leadership over the decades. I have yet to watch The Crown, but it's on my "To Watch" list. 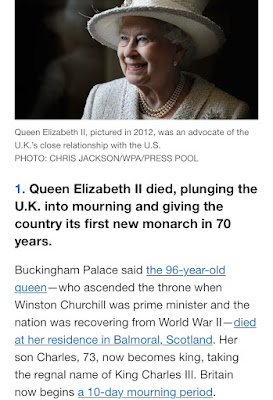 I bought this at an antique shop on the Cape last year. Not to be mercenary but I wonder if its value has now gone up? 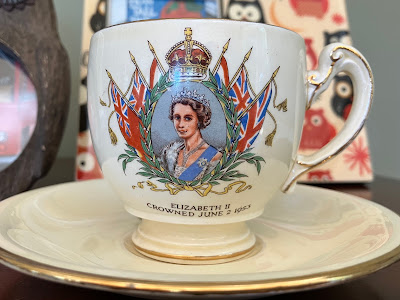 Westfield State's mascot is an owl! I got such a "hoot" out of this! 😄 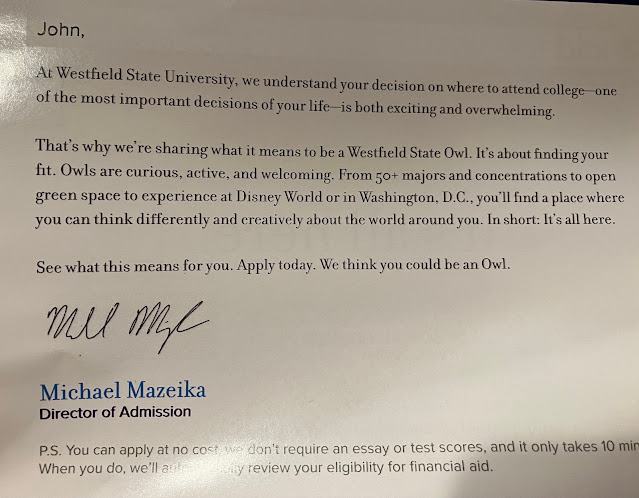 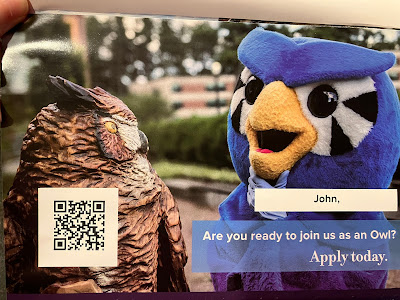 I'd apply for the Owl mascot and theme alone! 😆🦉 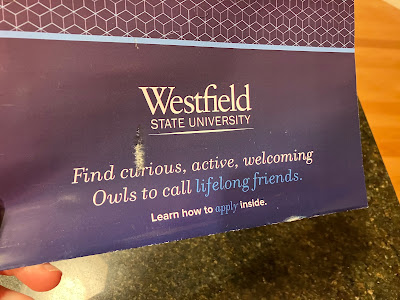 Speaking of owls, I got two pretty owl art plaques at PolyArts and some cute headbands. 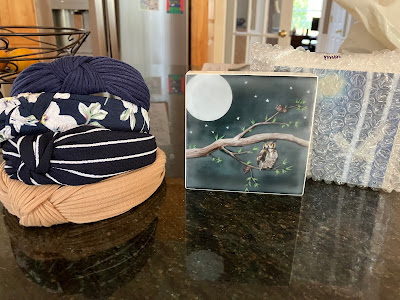 Some of the zucchini plants were still doing well and even producing in September! The garden wasn't a total loss after my early August trip. 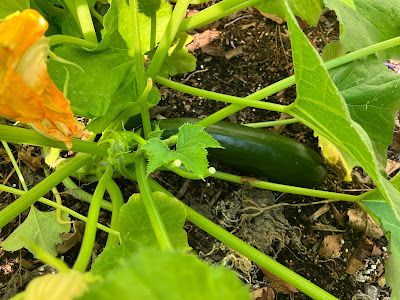 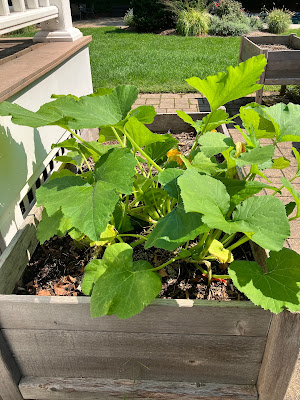 Sorry for the slightly phallic connotation of this picture! 😬😅 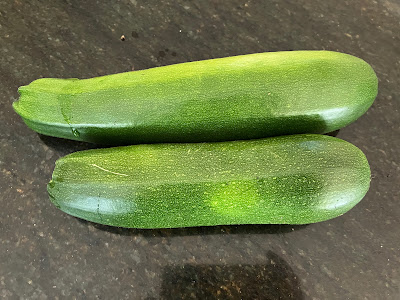 I was mixing dough for a batch of bread using my sourdough starter. I had intended to do a before picture of the dough (which I did; see below) and an after picture of golden delicious leaves (I forgot to do that one). 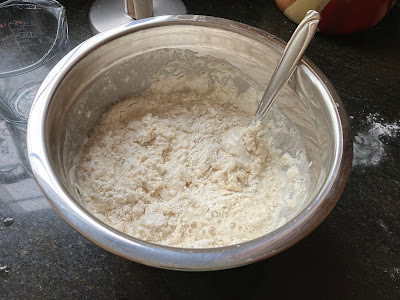 Check out this beautiful fruit and veggie platter! I wish I could say that I was the one who put this deliciousness together but it was my friend Anna for our kick-off book club meeting in September, which I hosted. 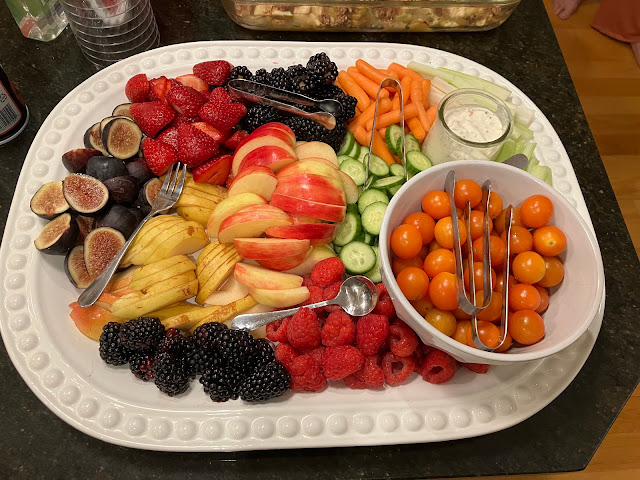 Needless to say, the food along with the company and the conversation tends to be very good at our book club get-togethers!
This was at John's Back to School Night. I was sitting in his Anatomy & Physiology class, which is taught by a friend of mine from church. I LOVE that unbeknownst to most people, she uses a Book of Mormon verse on this board and applies it to anatomy and physiology! This is brilliant! 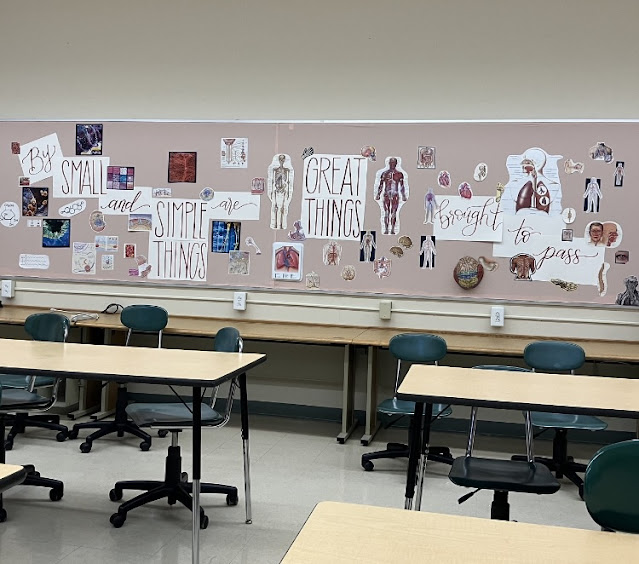 This is the second half of the medical transcription training that I've been working on. 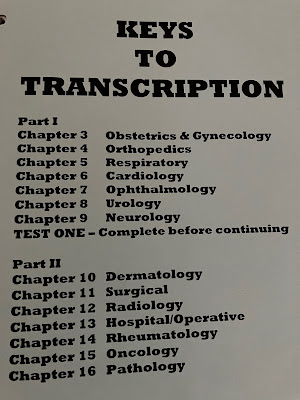 I finished Part I last week and sent it in for evaluation. Once I hear back, I'll do Part II and then I'll be done with training and ready to start working! Thankfully, I'm enjoying this type of work so far. It's not the most high-profile work that I could do, but it is interesting, it uses my skills, and I get to do it from home and choose my own hours, so it's a perfect fit for me right now. Well, once it actually happens, that is. Hopefully it all works out the way that I envision it!
At the barber shop with the boys. John had just gotten a nice haircut. I think guys look so handsome after a good haircut! Even when they won't smile for the camera. 😄 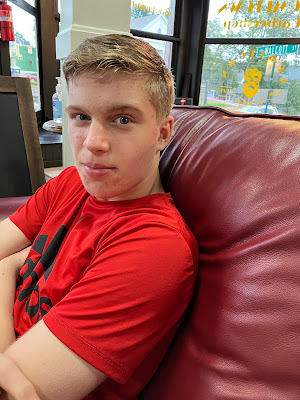 I took a picture of Sam when we got home. Note his thrilled expression. 😆 He wasn't feeling well, but at least his hair looked nice. 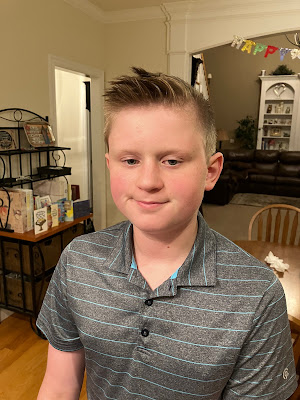 I saw this necklace in a catalog and thought it was cute.

But what I liked most was the description that went along with it: "...most types of owls demonstrate affection with their mates and are dedicated parents protective of their chicks. We'd call that wisdom, wouldn't you?" There's a reason (many, actually!) why owls are my spirit creature. 😉
I saw this illustration in a catalog and I liked it too. I've always liked the woodland creatures genre. 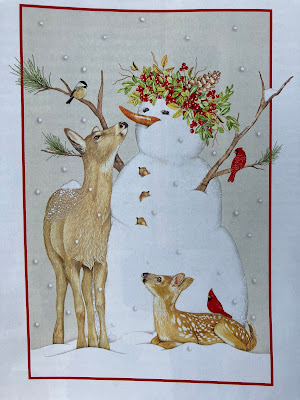 John and my mom and I went to an information session and campus tour of Bridgewater State University, which is about 45 minutes away. It's a nice local option for John and has an NCAA Division III wrestling team. He liked it and is going to apply, though it's not his top choice. This picture is in front of the gym where the wrestlers practice and have their meets! 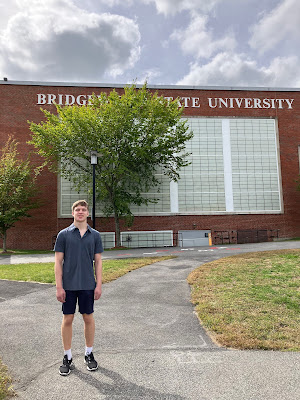 The month started with wrestling and ended with it (well, indirectly) too!
Posted by Donna at 12:54 PM