John and I got to have a special unexpected mother-son half-weekend for his wrestling tournament in New Hampshire on the Saturday of Labor Day weekend. The boys were supposed to be with their dad that weekend but he was sick with Covid so they were with me instead, so I got to take John to the tournament in New Hamster (as I like to call it 😄). We went up on Friday evening so that he could do the early weigh-in, then we had a nice dinner out, then we went to our motel for the night and turned in early. We spent all of Saturday at the tournament, which was a good one for John--he wrestled with some very high-level guys which was good experience for him.

John really enjoyed his dinner at the 99! 😆 He was hungry--he hadn't been eating too much for a few days in order to be at the right weight for the tournament. This is one aspect of wrestling that I don't like (I don't think the wrestlers like it much either!). Anyway, needless to say, the food and drinks must have tasted especially good to him! 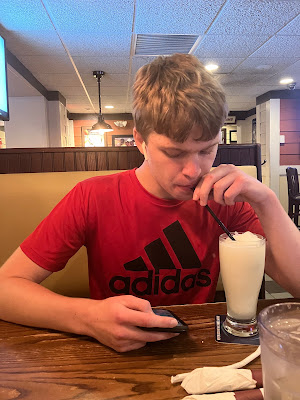 The next day it was wrestling galore, starting early and going until the evening. He wrestled in seven matches, won two, and almost one another one. These guys were so good! This is the highest-level tournament he's ever done. He was invited to do it by his club and was the starter for his weight instead of the back-up because the starter wasn't there. 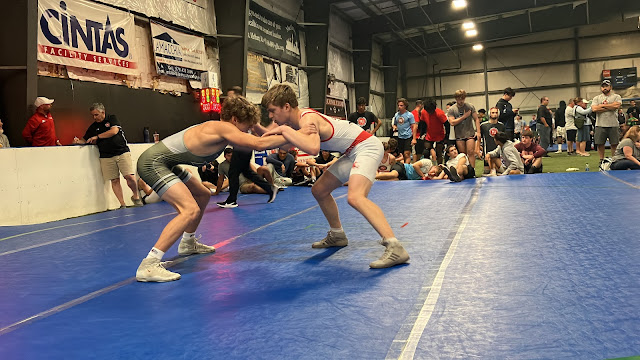 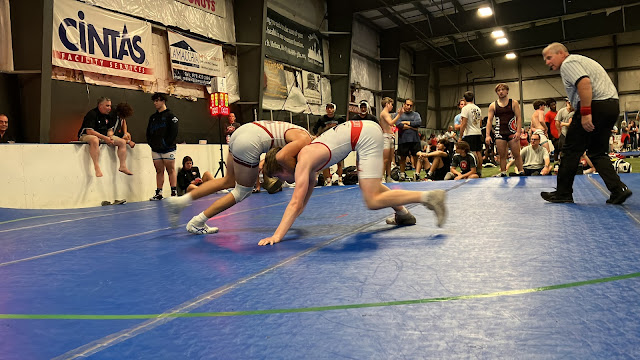 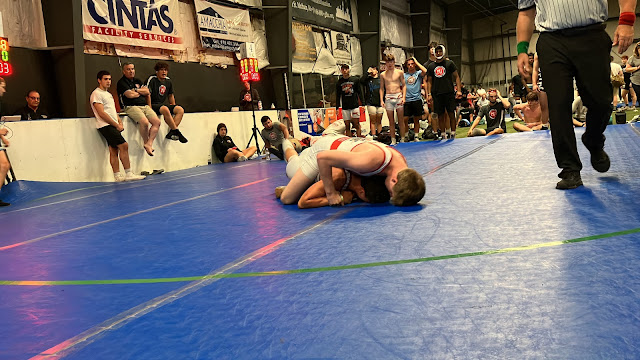 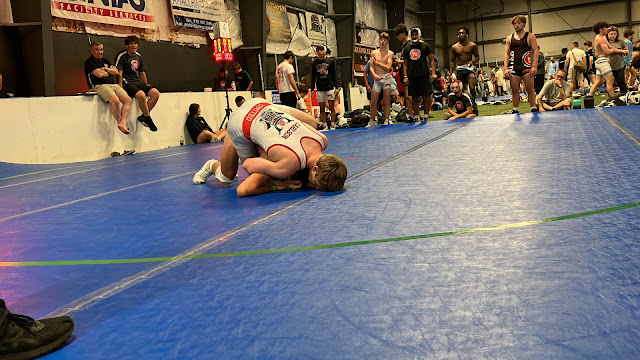 I could never do this sport! Hand-to-hand combat; no thanks. But it's fun to watch (except for when my kid is getting pounded). 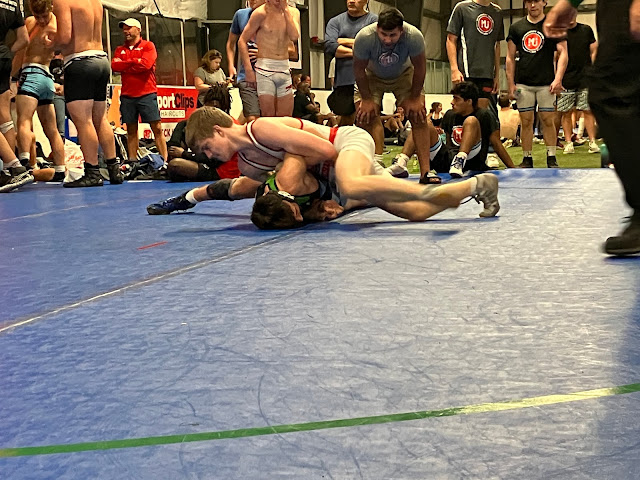 John's crotch is basically in the poor guy's face. Gross! The things these guys subject themselves to in this sport. 😆 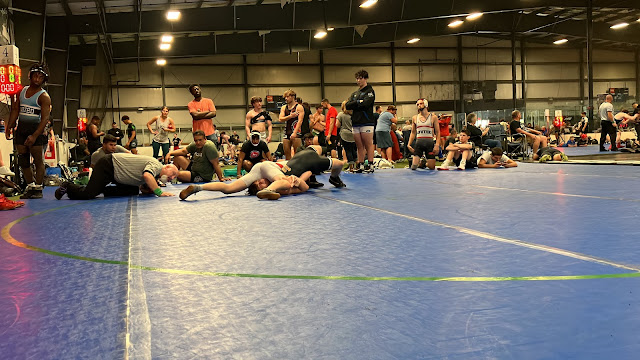 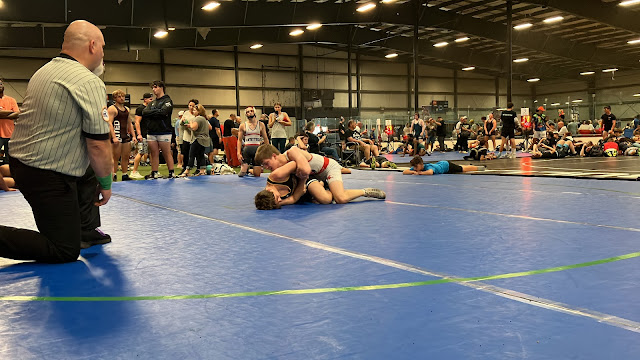 This guy was nationally ranked and really good. He beat John easily and went a little easy on him, which his mother certainly appreciated. 😉 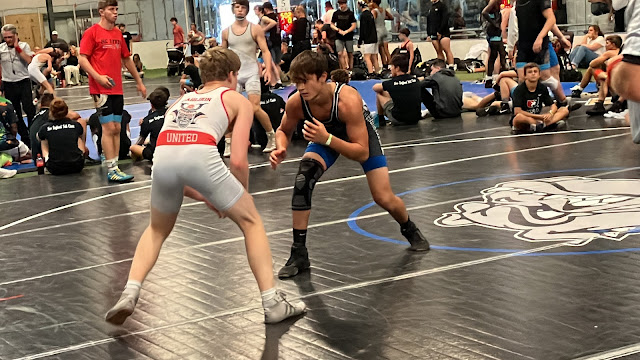 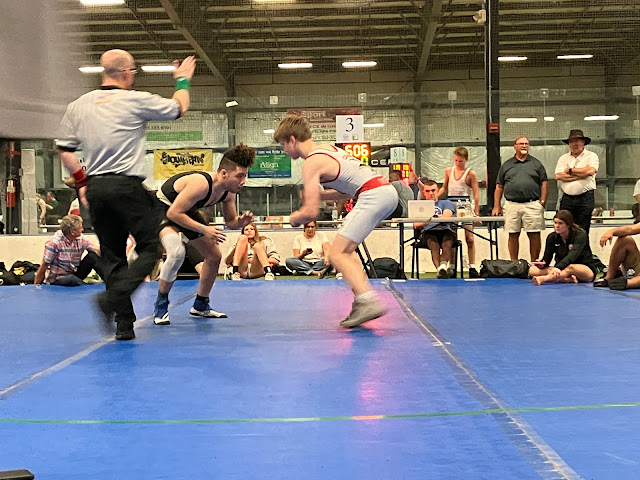 It was a long day. John was sore and slept well for the next few days. I enjoyed the time we got to spend together, just the two of us, which doesn't happen very much. At this time next year he'll likely be away at college, so I really do cherish all of the time I can get with him in this last year before he goes off on his own! 💖
Posted by Donna at 10:07 AM