Sam turned 13 last month -- my baby is now officially a teenager! 😭 We had a family party at home like last year and had catered Chick-fil-a for dinner, again like last year. Traditions are meant to be kept, after all!

I didn't take the best pictures or very many, but they will suffice!

The opening of the presents 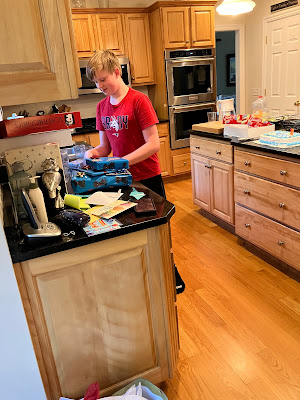 I used to get special cakes made for the boys (a fun and delicious tradition!) but they don't really care about that anymore, and Sam wanted an ice cream cake, so an ice cream cake it was (with my poor writing on it--I have good handwriting but it doesn't translate well to cake decorating!). 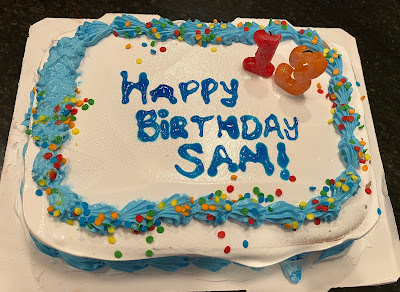 Sam is holding money here, which is what almost all of his gifts were by his request. He's saving up for a gaming computer system that he's going to pay 1/3 for. 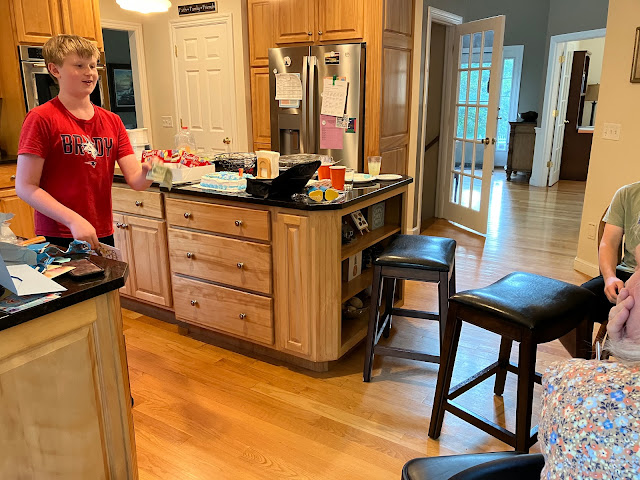 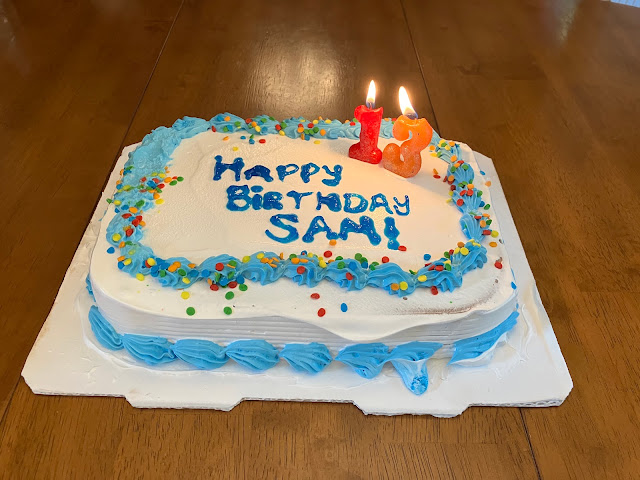 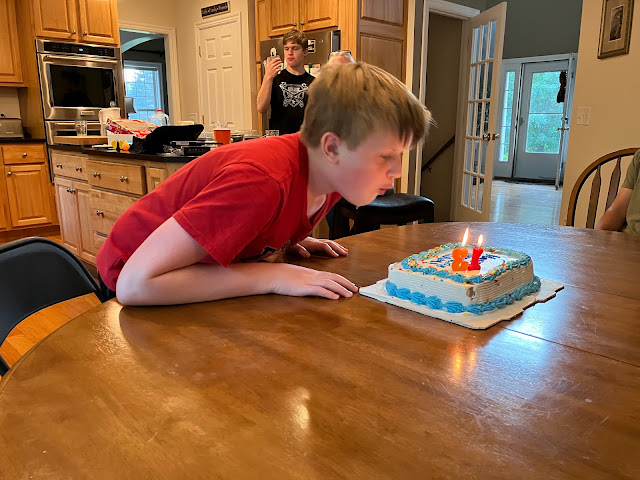 Of the gifts I got for Sam, his two favorites were an extended release set of The Hobbit movies (he was thrilled that the third one is rated R (for violence), which I didn't realize when I bought it!) and a countertop/tabletop ping-pong set that makes playing in the kitchen easy! 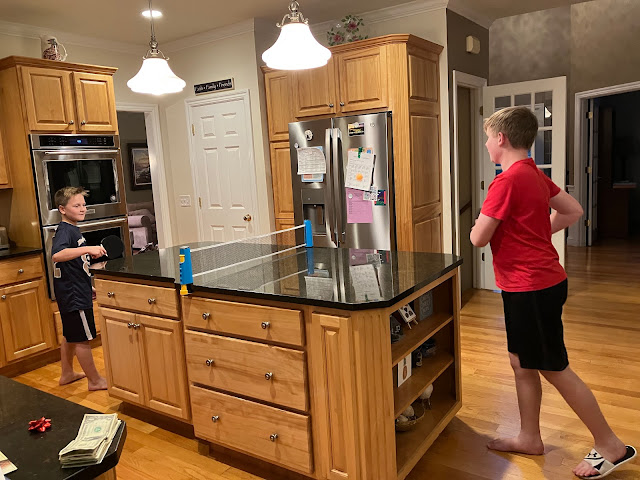 {Look at that stack of gift cash on the edge of the counter! 💰}
Sam really likes ping-pong. We have a table at the Cape house, but I wasn't going to get another one for our main house, especially since we'll likely be downsizing to a smaller house next year, so this countertop set is so easy and it works great! It's really fun! 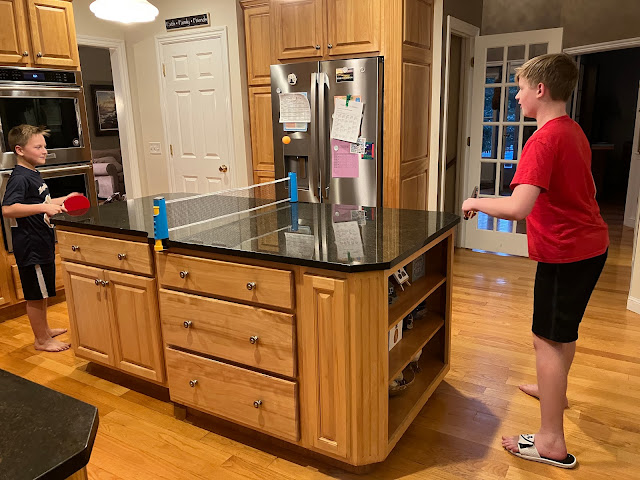 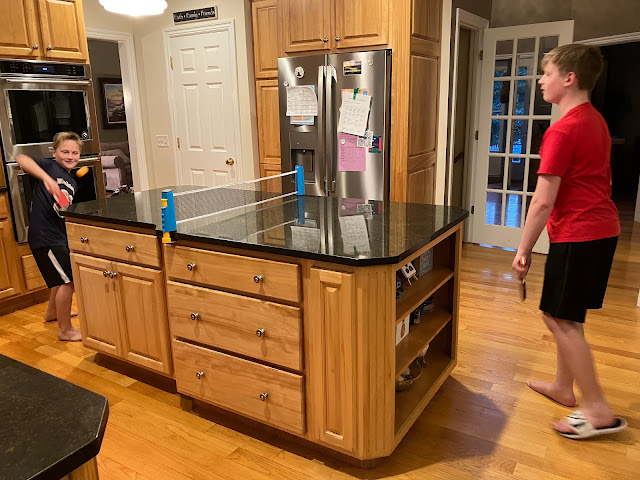 Happy 13th birthday to my sweet Samuel, who has always been such a bright spot in my life! He's a talented and special young man with a great future ahead of him.
Posted by Donna at 8:15 AM