Wisdom, Humor, and Inspiration in July

This was in the Book of Mormon family edition that the boys and I read from at dinnertime. This resonated with me because I know it's true--I've been truly converted to the gospel and have STAYED converted (something that seems increasingly difficult for many in the Church), and I'm at peace and happy in my life in large part due to the consistent practice of these things over time: 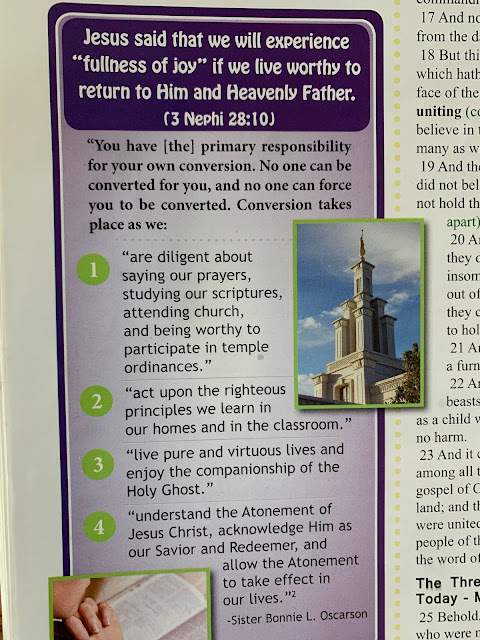 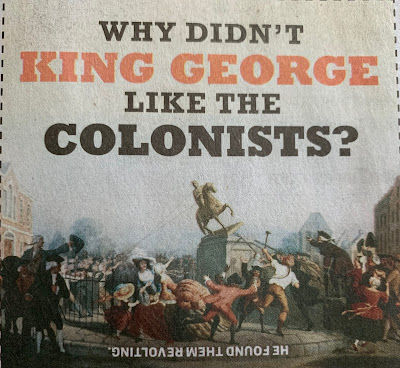 I was encouraged by this article about how getting less than eight hours of sleep might actually be better for your health than traditionally thought. I hardly ever get eight hours of sleep, though not for lack of trying. No matter how hard I've tried to train it to do otherwise, my body wakes me up naturally after getting about six to seven hours of sleep (usually about 6.5), and surprisingly I seem to do fine at that amount. So since reading this, I'm no longer feeling the pressure to seek for the holy grail (for me) of eight hours of sleep a night. 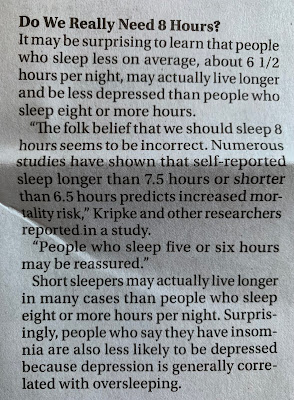 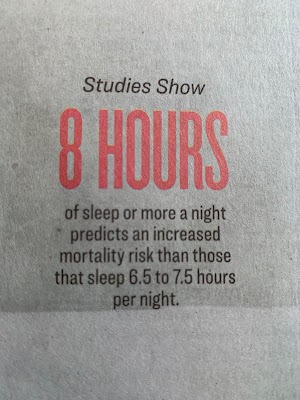 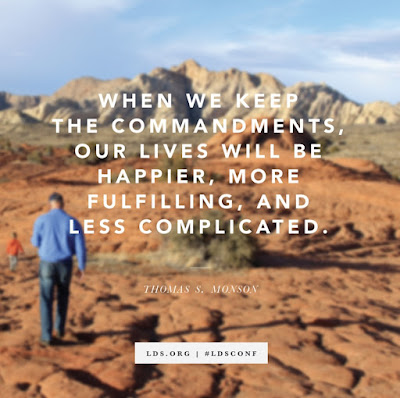 I saw this when going through The Friend (which Sam has now pretty much outgrown 😢) and it was another thing that resonated with me. 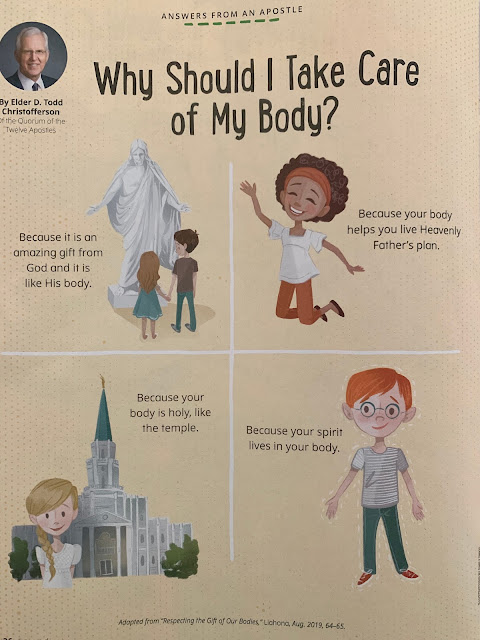 Our bodies are so important and special, and I believe that one of the ways the forces of evil in this world are trying to take us down is through the misuse of our beautiful bodies. Witness such tragedies as the drug epidemic, pornography, rising obesity rates and their related health problems, medication dependency, fornication and adultery, abortion, alcohol abuse, vaping, smoking, etc. These and so much more are all insults to our sacred bodies and the special spirits that they house. 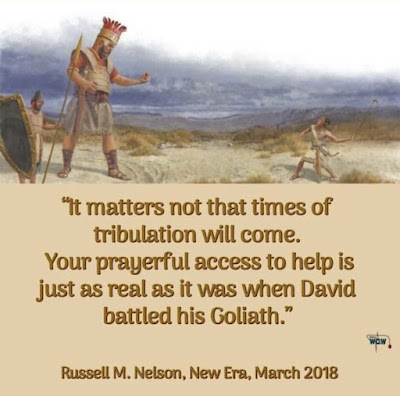 Ducklings are so cute! 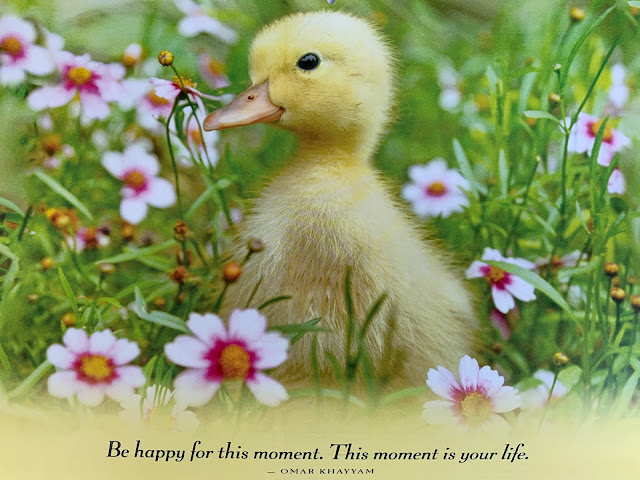 This is good debt advice, and I'm hoping I won't need it. 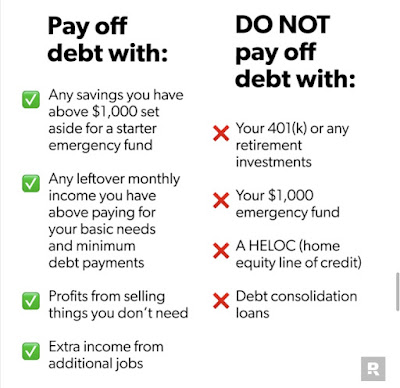 Other than my two mortgages, I'm not in debt and have never been in serious debt. I'm going to work hard (literally) to keep it that way as this very week I become financially independent for the first time in my life. It's a bit scary, especially with everything going on with the economy and in the world (and those two mortgages 😱), but I have confidence that with hard work and wise decisions, I'll be okay and will have sufficient for my needs.
This is so true with having teenagers. I have to let some things go and focus on the things that matter most. 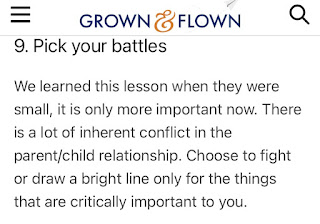 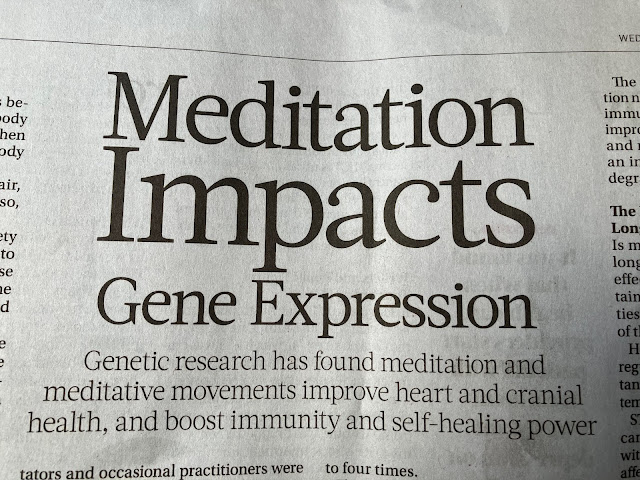 One day I will travel again to places besides Cape Cod and Florida (as much as I love them both!). 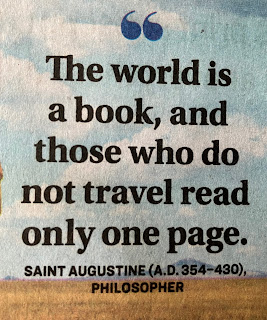 This is really good prayer advice. 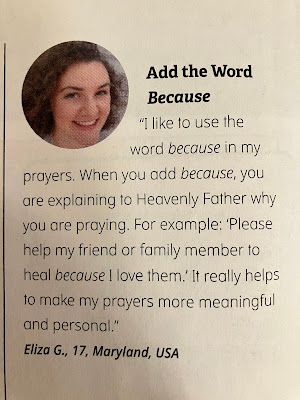 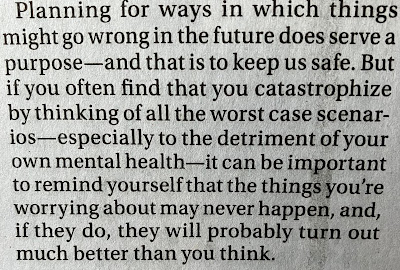 "Catastrophizing comes from the belief that by imagining what might go wrong, we're better able to protect ourselves from harm--both physical and mental." I think this is why this summer after John got his license, I was plagued by fears of him dying in a car accident. 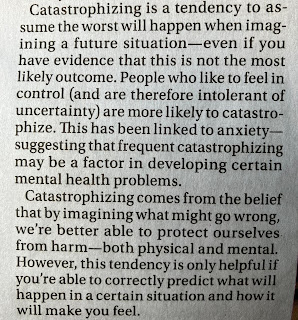 "...catastrophizing can lead to undue stress and anxiety and may stop you from doing the things you might enjoy or learn from." I don't want that! 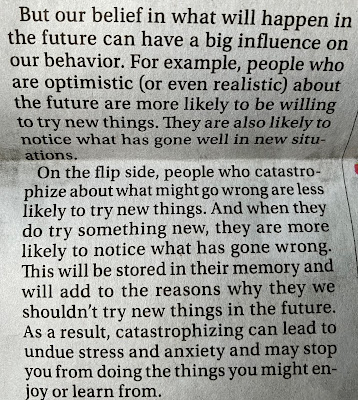 I saved this one for last so as not to prematurely turn away my Democratic family and friends from reading this whole post. Gotcha! 😜 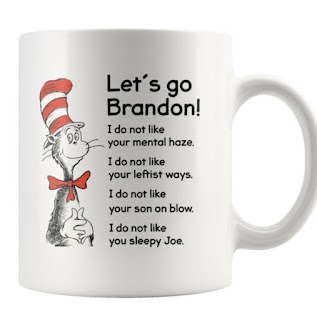