The Garden in July

My little veggie garden was doing pretty well in July. It was green and growing, both good things for a garden to be and do.

These were my two different types of mint as well as a broccoli. 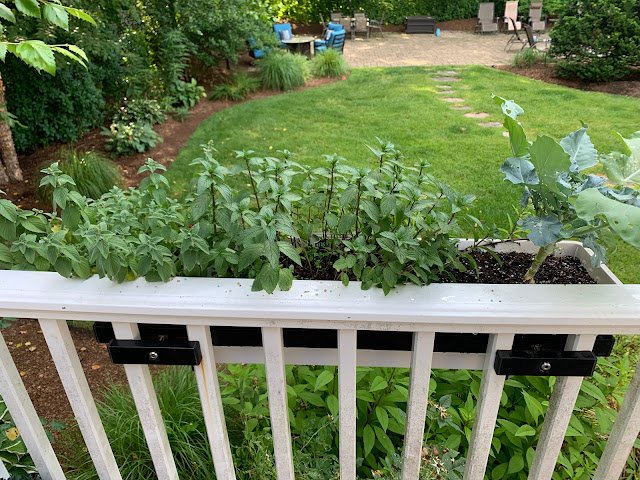 Here were the rosemary, chives, and broccoli. I had already harvested the broccoli in June and didn't get much more in July, which was a little disappointing. 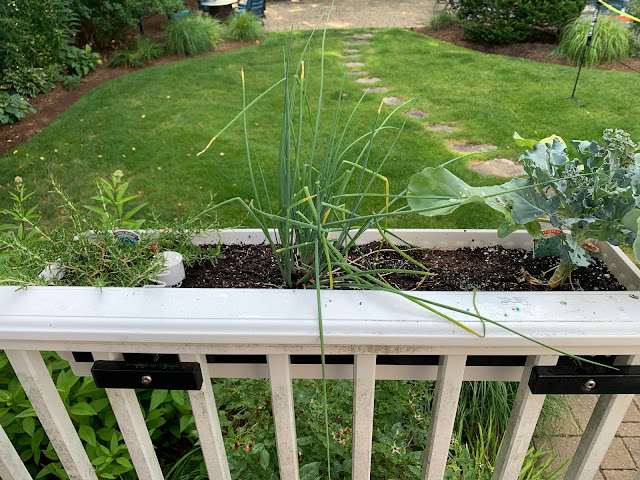 The cucumber leaves were huge and there were cukes growing! Unfortunately, they didn't get much bigger than this and the ones that did get bigger turned yellow. I haven't had much luck with cucumbers for the last two years. I'm going to try again the next time I do a spring garden and will probably try seedlings. 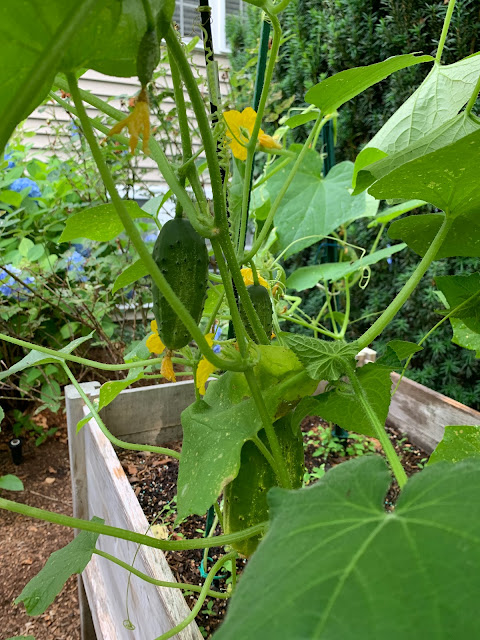 Maybe I should have just harvested them when they looked like this. I thought they were supposed to get bigger, so I waited. They had these weird spiky things on them too which wasn't very appetizing. 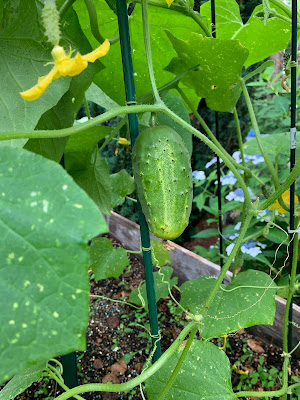 But at the time the cucumber bed was looking pretty and promising! (Pretty promising! 😄) 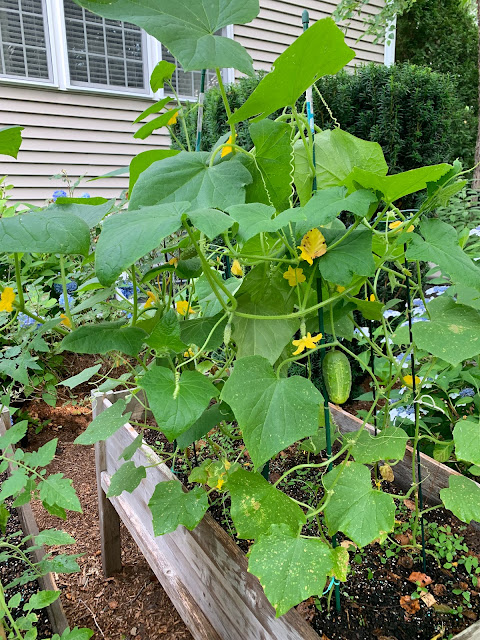 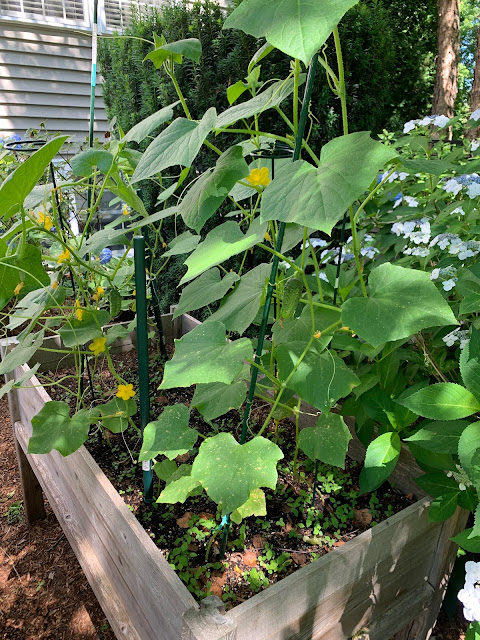 The tomato plants were growing very well, although there weren't any tomatoes yet. I was excited about them the most because I love tomatoes, especially garden-fresh ones.. 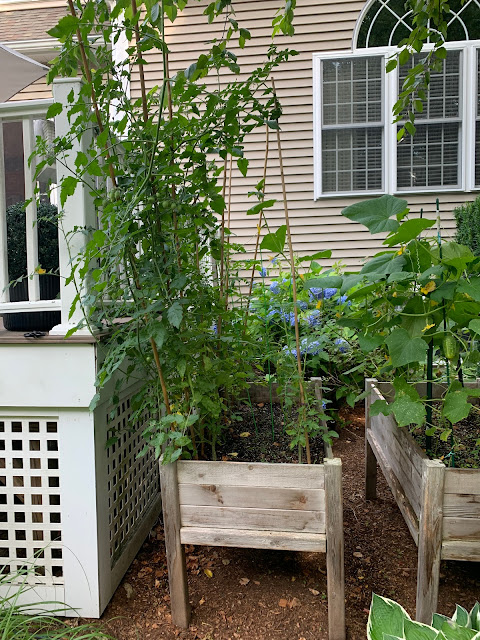 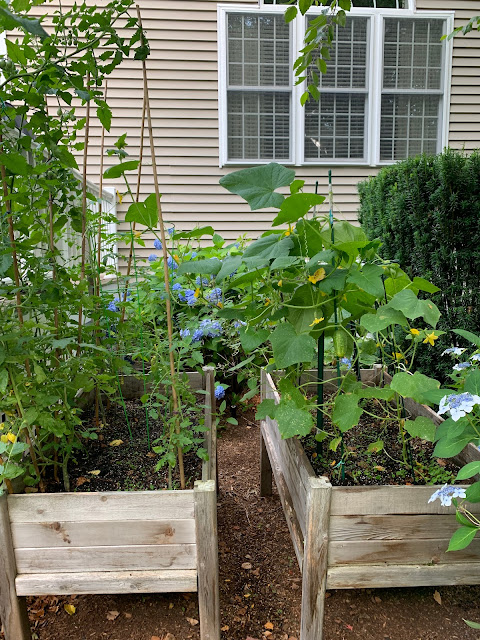 This bed wasn't faring so well. The strawberry plants weren't doing anything except barely staying alive, and after my first harvest of broccoli not much else happened with the broccoli plants. I munched on the leaves sometimes and they were kind of tasty. 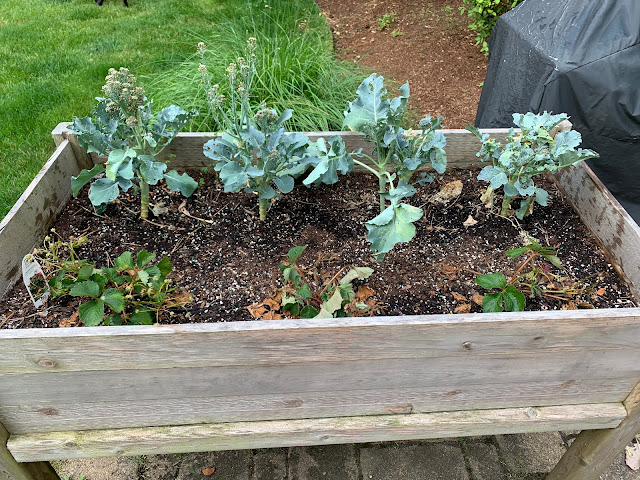 I was very encouraged by the zucchini plants! They were growing and flowering really well. 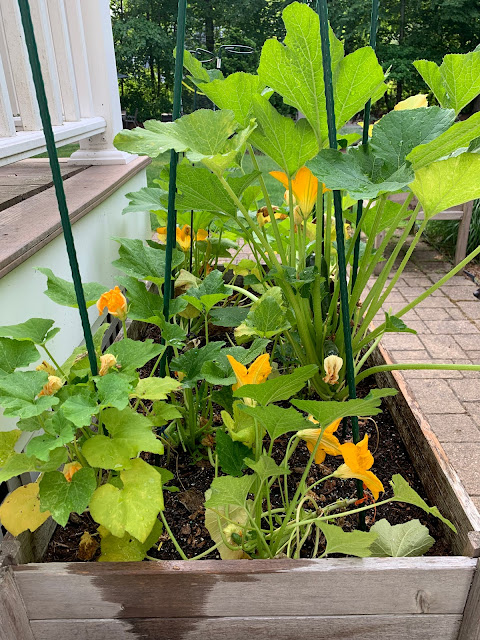 And there were some zucchini growing! 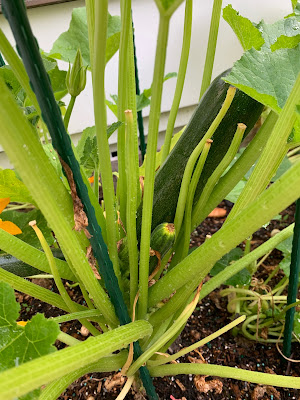 A few weeks later, some little green tomatoes had appeared! 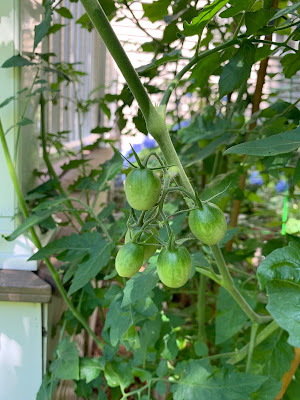 And the zucchini plants were continuing to grow, although there weren't very many zucchini. 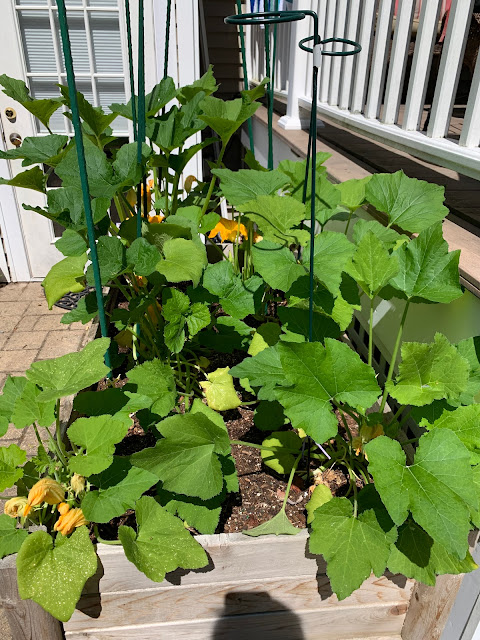 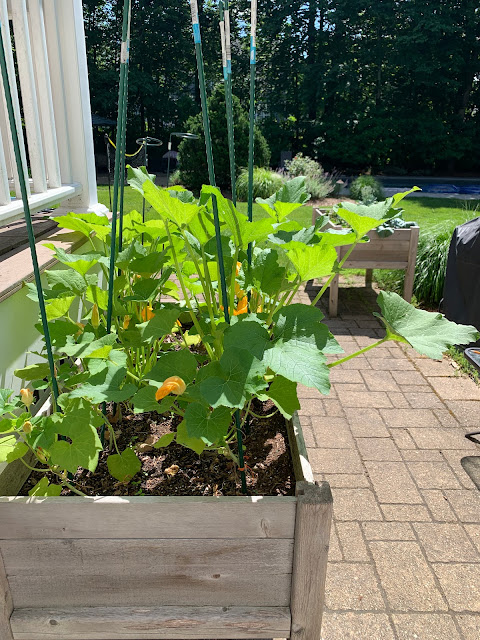 From all those fruitful-seeming zucchini plants, this ended up being the one and only zucchini I harvested for the whole summer. It was good, but the harvest was pretty disappointing! 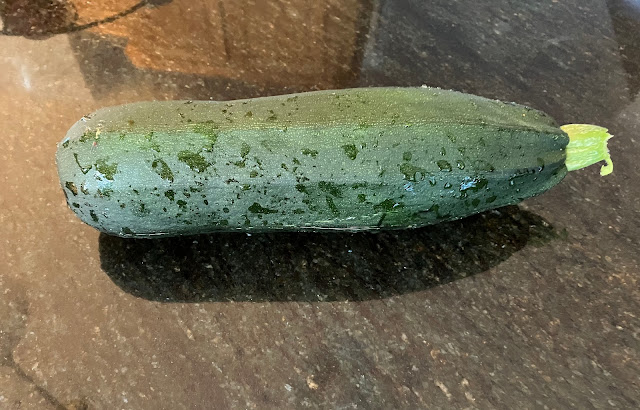 Gardening can be very analagous to life. As with gardens, often in life you reap what you sow, and other times, you sow so hard (ha ha) and put a lot of effort into something, and you don't get what you'd hoped for out of it. But that doesn't make the effort a waste, nor the desire for something good meaningless, because there are "compensatory blessings" for our efforts that could ultimately bring a greater harvest into our lives than we could ever imagine. In the case of my garden, the compensatory blessing was the effort and hard work put into it and the experience gained from doing so. I have a better idea of what to do next time to hopefully yield a better harvest. In the case of life, thinking specifically of my failed marriage that I worked so hard to save, I have the blessing of peace and confidence in my righteous desires and efforts, and the promise of much better things to come.
Wow, I got pretty deep there! 😁
Posted by Donna at 12:05 PM