There are three birthdays in our family in March and they're only three days apart and two are on the same day (did that make sense?). The special birthday peeps are John, Rocco, and Elizabeth. This year we were able to have a fun family party to celebrate all three at the same time.

A smorgasboard of balloons! 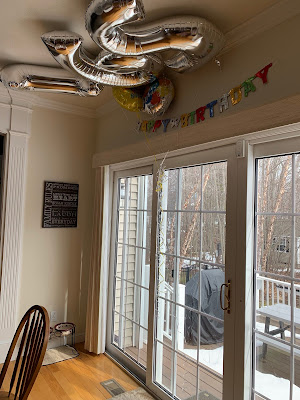 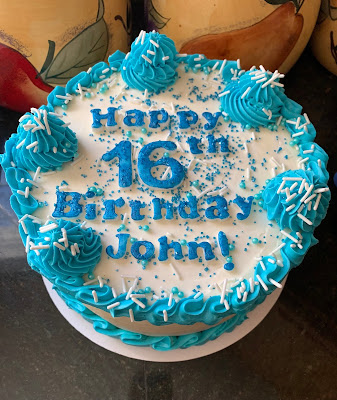 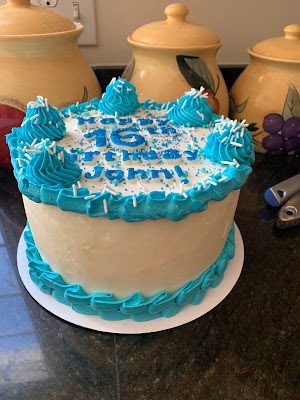 Rocco's cake was made of donuts with a layer of frosting on top. I'd never had a cake like that before. It was delicious! It's in the shape of a fish because Rocco likes fish. 🐟 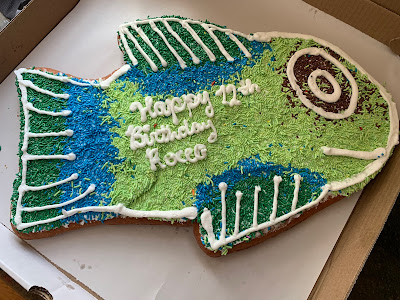 I had promised Shane that I would get out the bounce house, much to the boys' delight. This is the Fisher-Price barn bounce house that we've had since the boys were little. I'm amazed that it still works and that it can handle four big boys at the same time! It may not work for too much longer! 😄 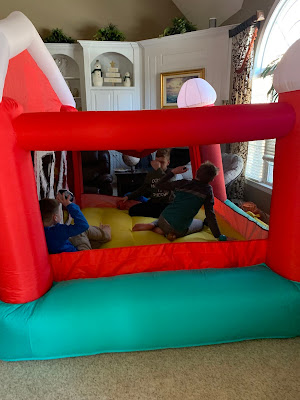 Can you find all four of them? 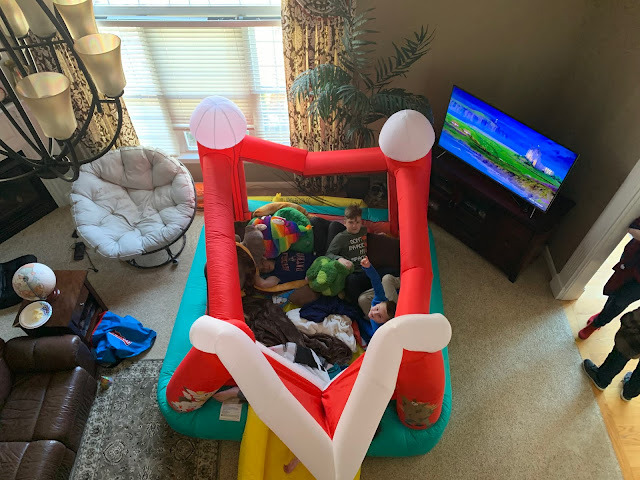 When it was time for cake, the birthday boys and girl had special candles to blow out away from the cake, since we're living in the age of Covid (and it's more hygienic anyway!). 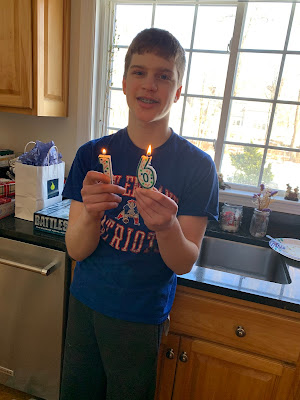 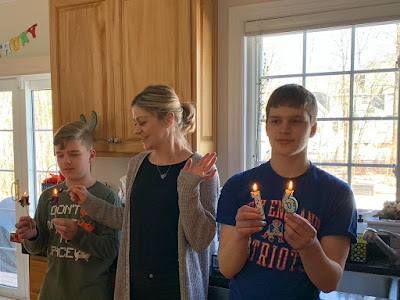 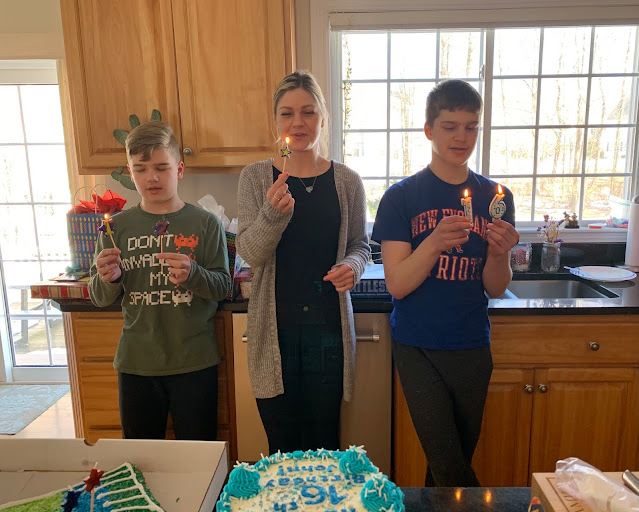 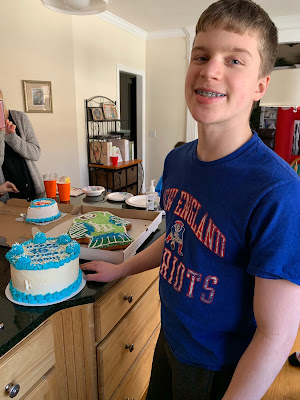 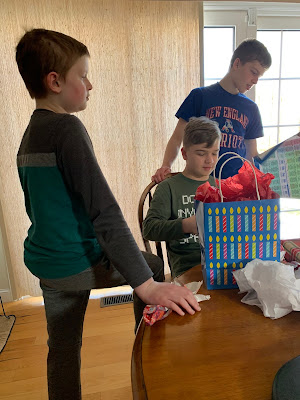 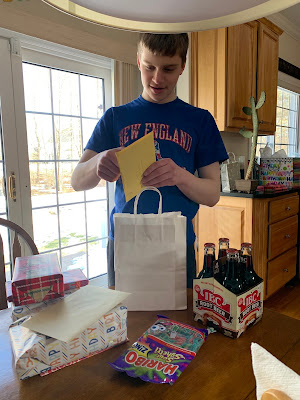 (Check out the awesome cactus plant in the background that Rocco got!) 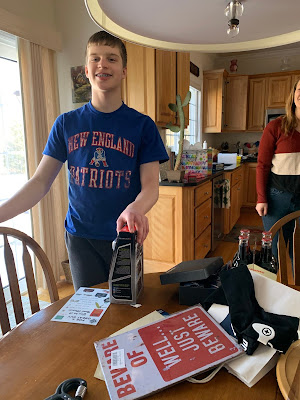 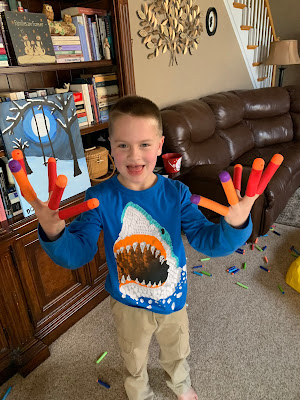 I wanted a picture of me and John because we don't have a lot of those as he's gotten older. Also, we're just about the exact same height and weight now and I wanted it documented. It took sixteen years for that to happen! A milestone in our parent-child relationship! 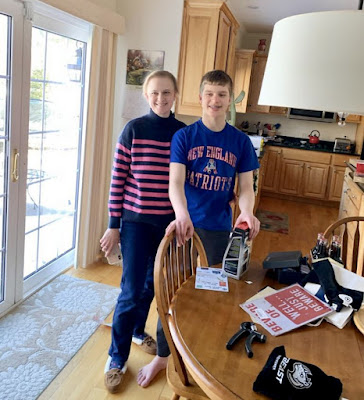 It was a fun day and a fun way to celebrate three special people in our family!
Posted by Donna at 11:19 AM