I'll start out this post in classic cliche fashion by saying that I can't believe I have a sixteen year old and that John is sixteen! Time really does seem to speed up the older they get!

Balloon photo shoot! John was thrilled, as you can see. 😐 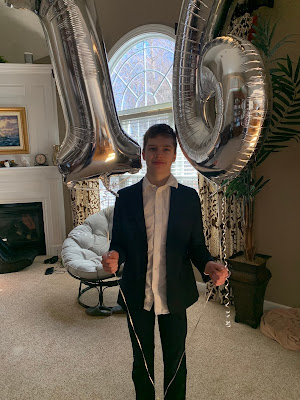 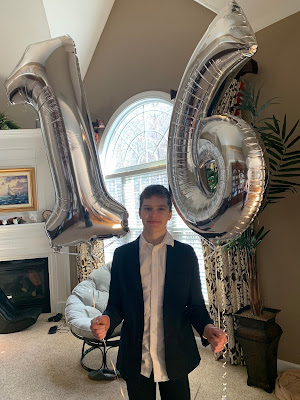 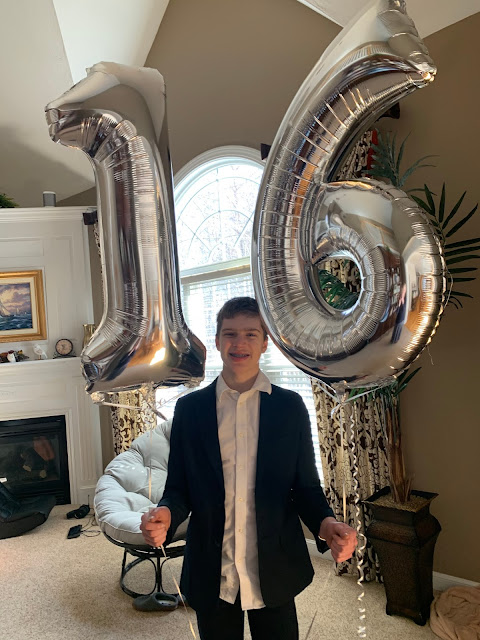 We had tacos and sparkling cider for dinner the night before his birthday. The birthday boy gets to choose the menu. We went out to dinner on his actual birthday, as you will soon see. 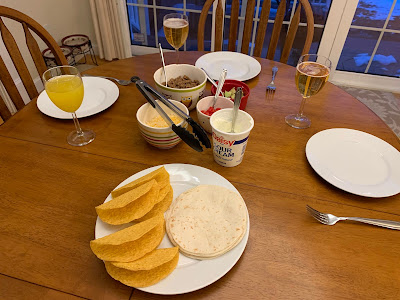 I set out his presents the night before the big day after he went to bed. Since it was a special milestone birthday I set out his baby picture with his baby stats and footprints for a special touch. 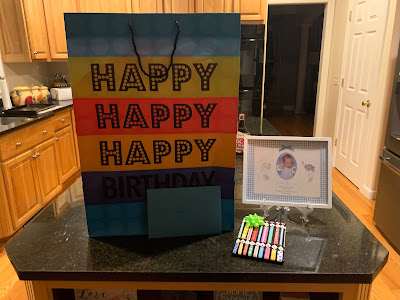 It was an asynchronous day on his birthday so he didn't have to go to school, which he of course liked. I made his favorite pancakes for breakfast. 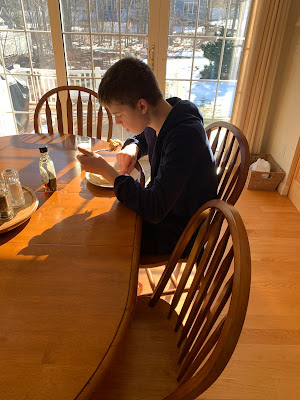 You may have noticed the unimpressive number of presents in the picture (or two) above. Two presents, to be exact. That's because I was able to acquire a very hard to find, almost impossible to get, unavailable everywhere, XBox Series X. Already a pricey item, I paid quite a bit more to win a bid on eBay to get a brand-new one. I did it for John, and I have no regrets! So that was his big and just about only present, and he didn't mind a single bit! (The other present was a humble little book!) 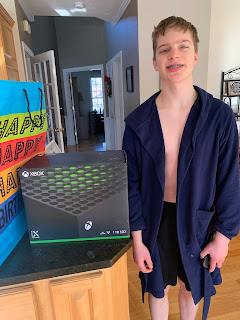 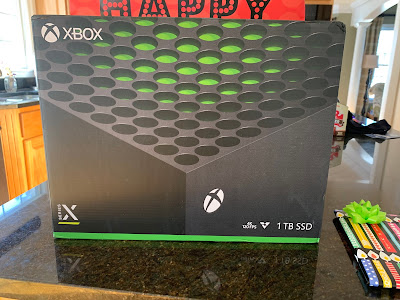 That evening we went out to dinner at a place of John's choosing, which was a hibachi grill. My mom, sisters, nephews, and niece and her boyfriend joined us. It was really fun, and as usual with hibachi, the food was delicious. This is one of my favorite ways to eat out because the food is so fresh, cooked right in front of you, and the chef is always entertaining. 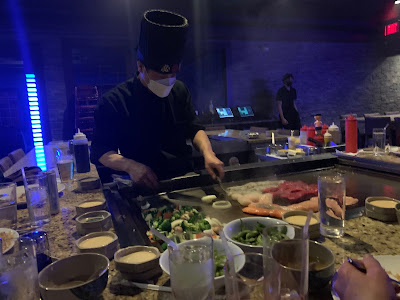 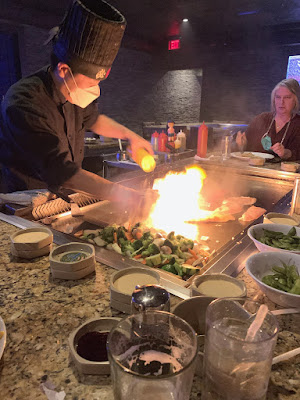 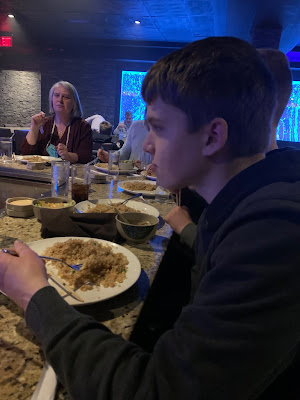 The restaurant workers came out with a special dessert for John at the end and we sang to him while one of them banged a gong in between the lines of "Happy Birthday." It was great fun! 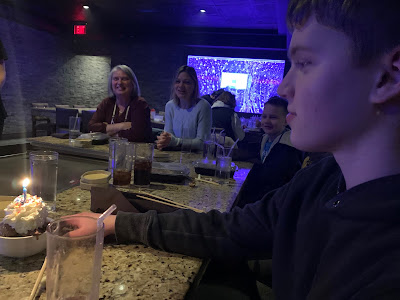 Four cute boys in a row, in color and black-and-white! 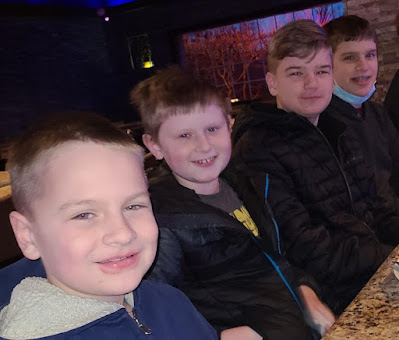 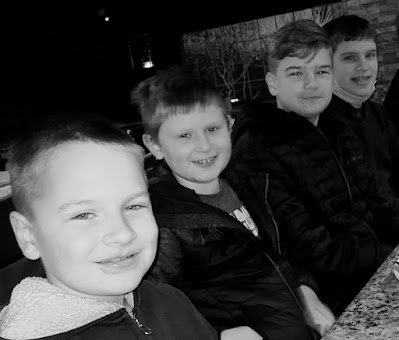 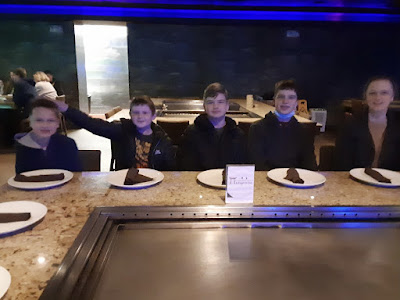 It was a fun birthday for John, and a special one. I'm so proud of the great young man he's growing into. He's a hard worker, good friend, faithful priesthood holder, athletically talented, so good with kids, and he's sensitive and loving. I'm thankful that he's mine!
{And I'm really going to enjoy singing to him on repeat this year "You are sixteen going on seventeen" from The Sound of Music! Ha ha!}
Posted by Donna at 10:54 AM