February started out on the right foot with the biggest snowstorm of the season, not to mention the biggest storm since we moved back here! It resulted in about 18 wonderful inches of snow, an early release day, and a snow day from school (fortunately our school district still did snow days this winter even in the era of Zoom!). 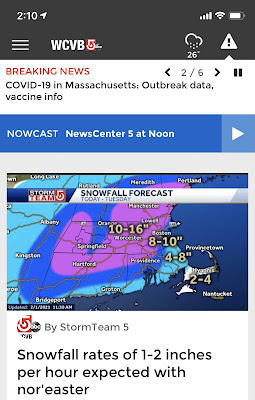 This was on Monday night. The snow had started falling that afternoon. Look how much we'd gotten already! 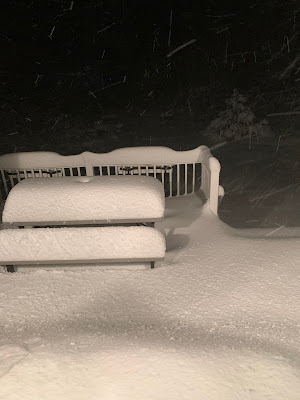 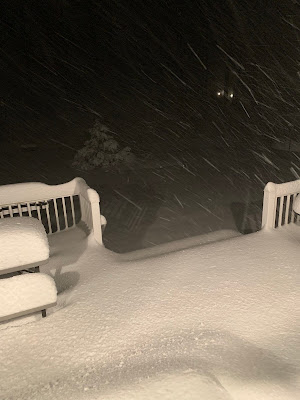 It snowed fast and furious Monday night into Tuesday morning, and then it tapered off. This was the lovely aftermath (especially lovely because I didn't have to do any of the plowing or shoveling!). 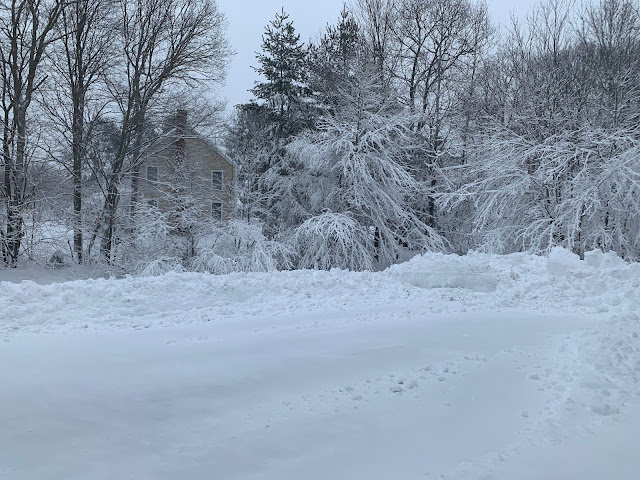 It got plowed again after the initial plowing. Look how deep the snow was next to Violet! 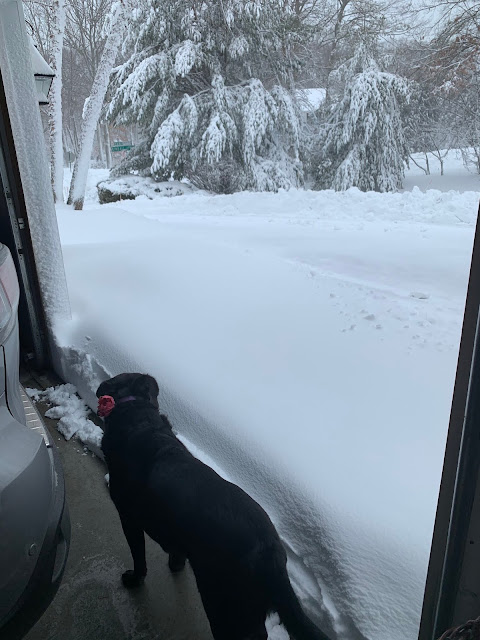 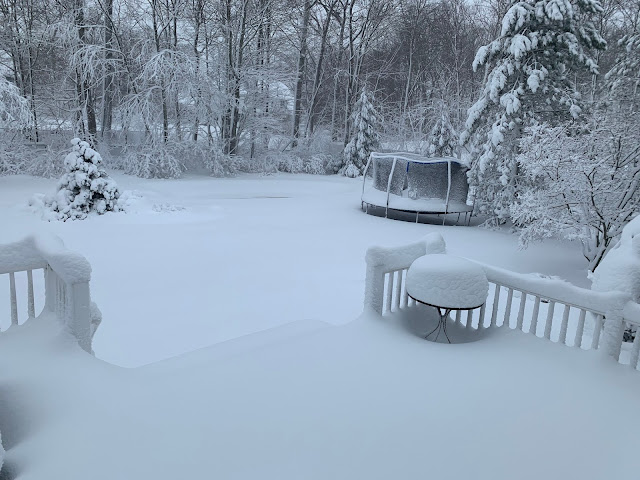 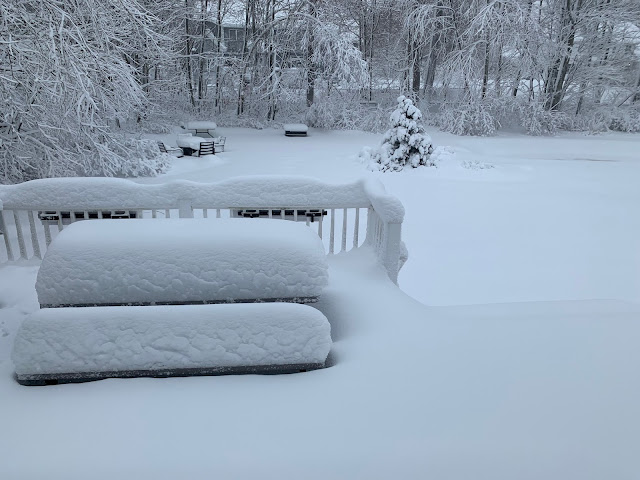 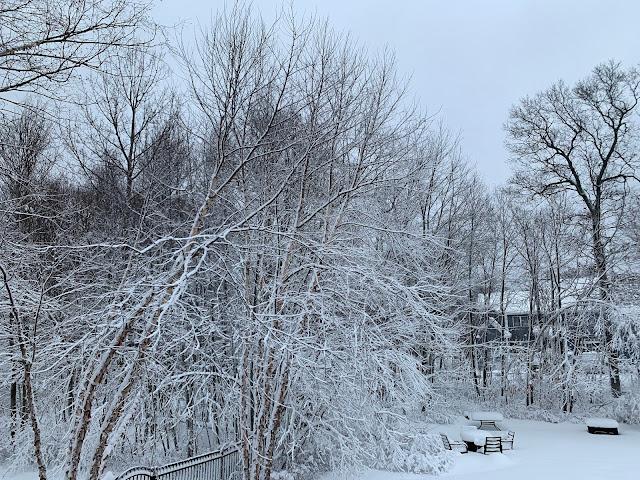 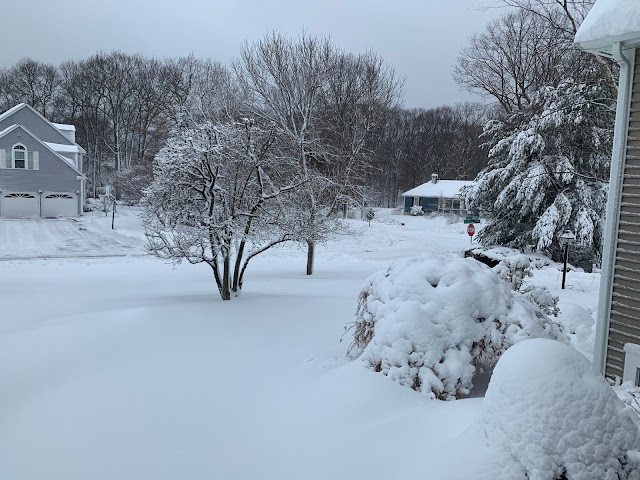 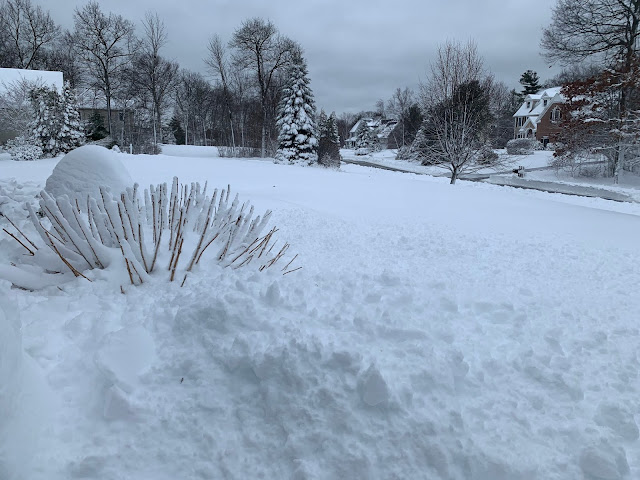 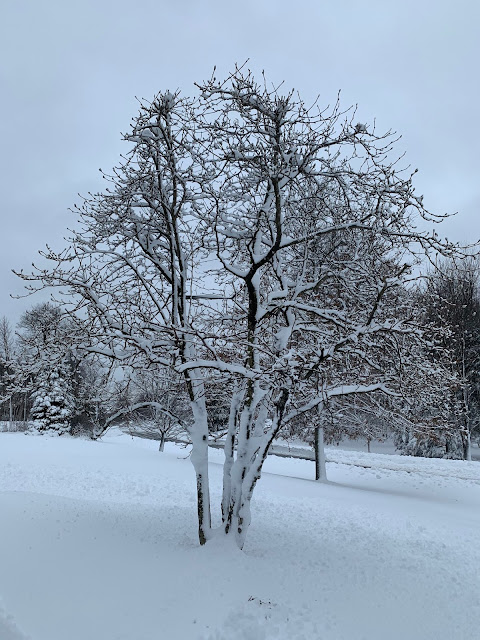 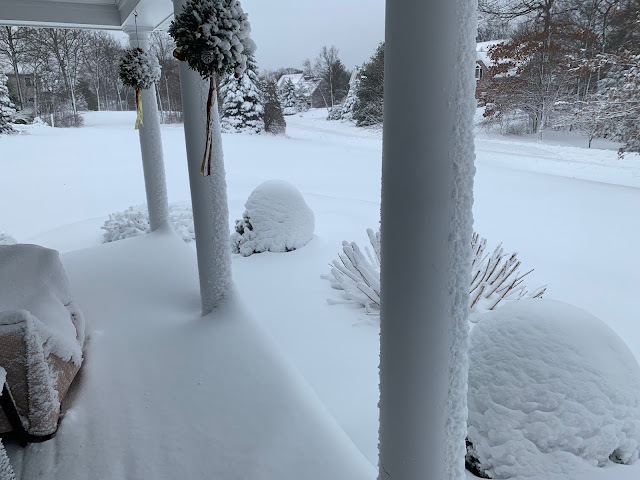 I sent John out with a snow rake to shovel off this part of the roof where there's ice dam potential. (Stating the obvious, but in the picture it hadn't been shoveled yet!) 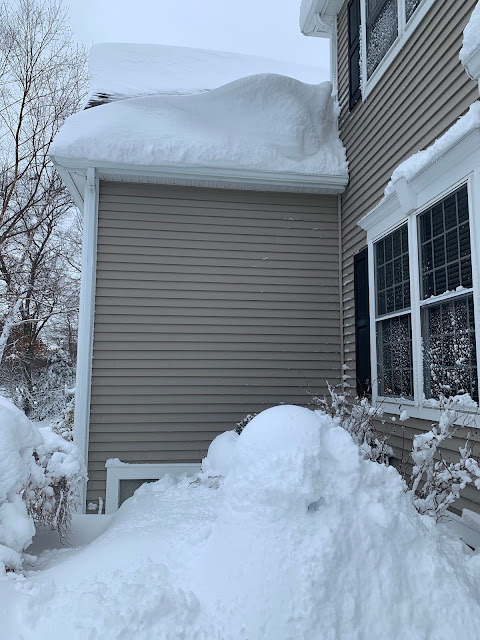 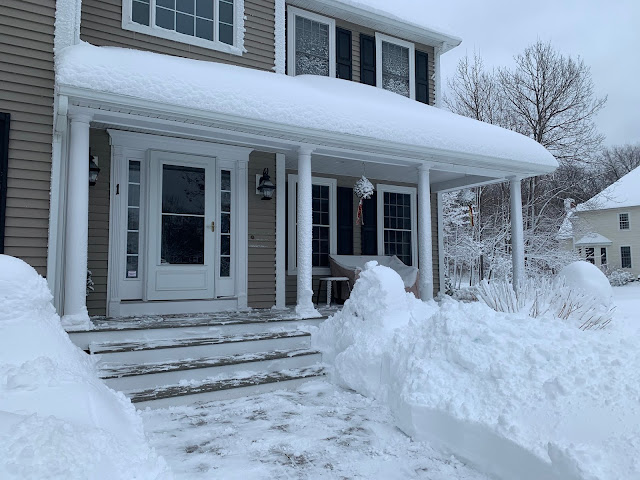 A few weeks later the snow on the roof was melting and then freezing into picturesque icicles. 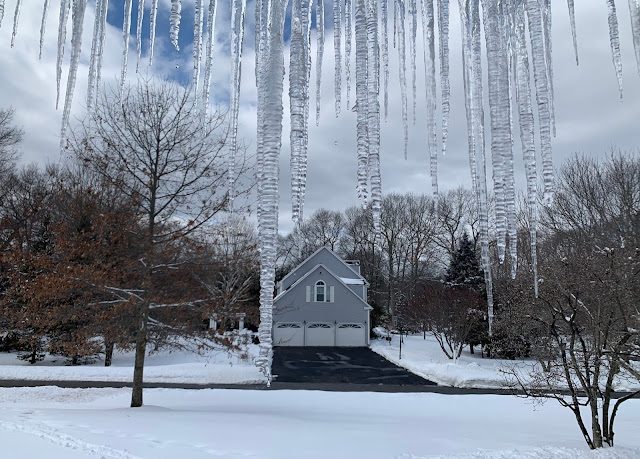 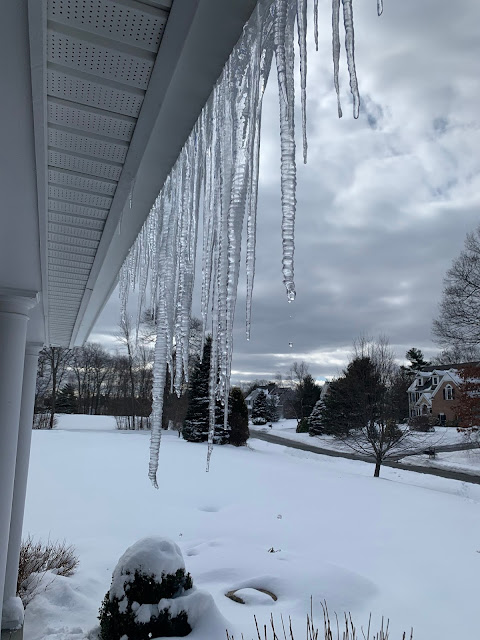 I was very happy with what a wintry month February turned out to be!
Posted by Donna at 12:51 PM