The day after New Year's I went to a fun new (to me) bookstore that Sharalyn had been wanting to take me and Meredith to. Sharalyn grew up in the area where the bookstore is so she'd been there before. The shop's name is "An Unlikely Story," and it was really cute. It had a great selection of books and other things. The unique thing about it is that it's owned by Jeff Kinney, the author of the Diary of a Wimpy Kid series (which my boys were and still are big fans of!). He lives right there in the town. How cool is that! They get some major authors who do events there because of that connection. 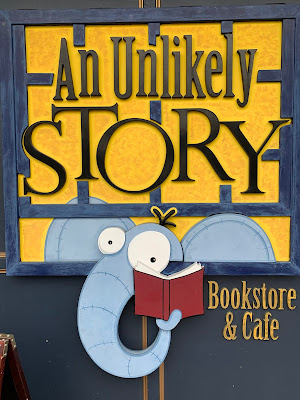 This is the back of the store. The front is really cute too and looks like an upscale, classic general store. 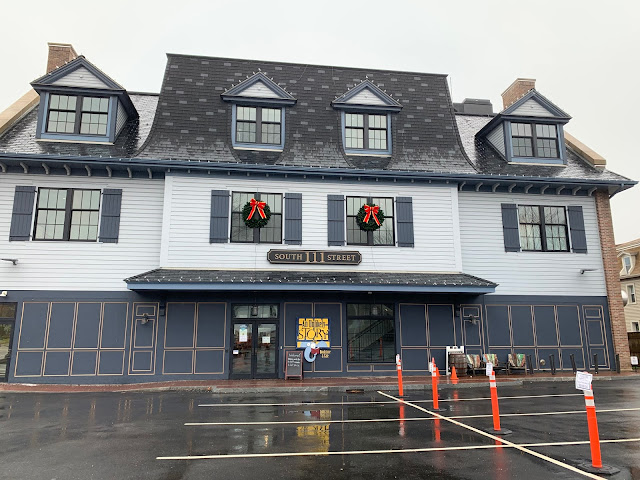 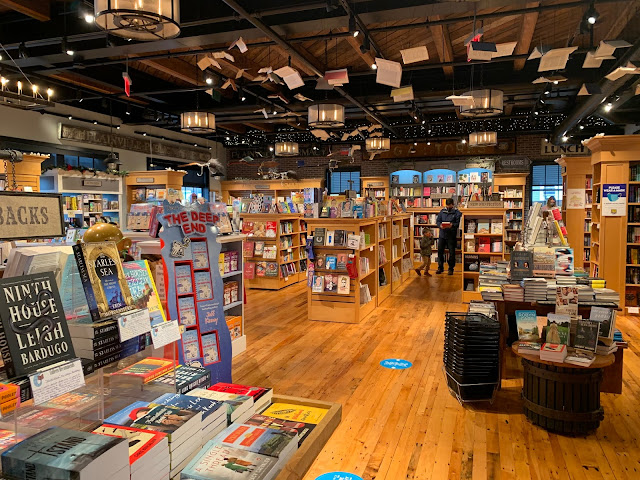 The flying books were a particular favorite of mine. 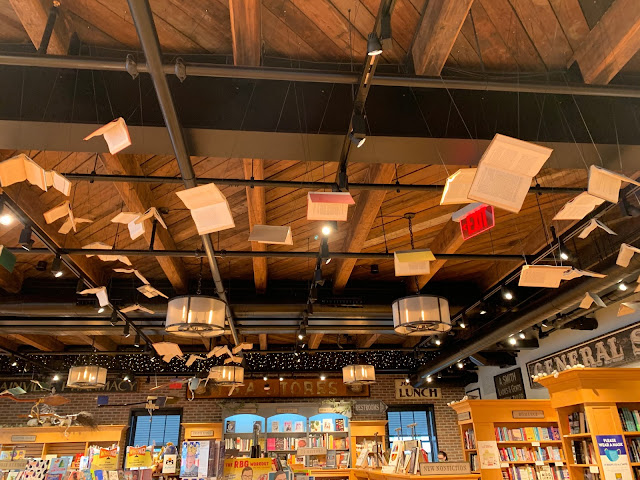 Even Greg Heffley has to mask up these days. 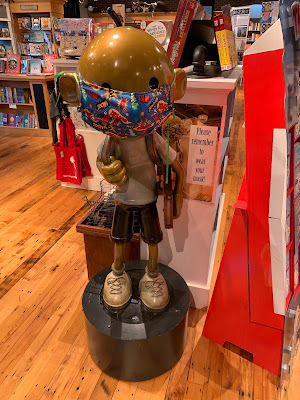 I bought Sam a "Loded Diper" t-shirt and I think he's worn it every week since. ("Loded Diper" is the name of Greg's older brother's rock band in Diary of a Wimpy Kid, just in case you were wondering!)
There were also Quidditch broomsticks hanging out up there (literally) with the airborne books. 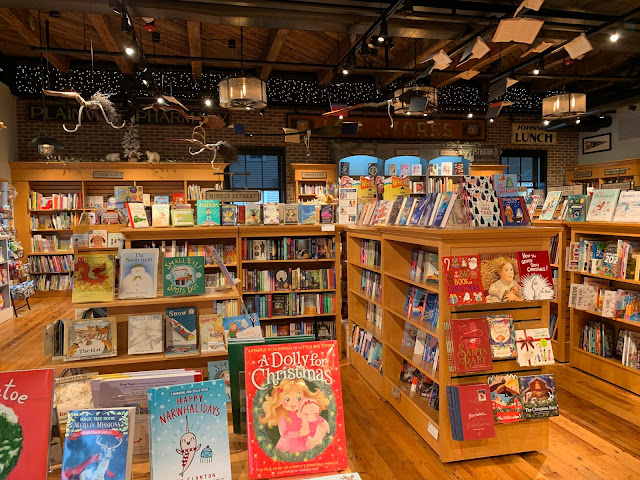 It was a delightful little shop and I went back a week later to return a book that I had bought that I already owned. I didn't mind having to go back a single bit! It was fun to do some more shopping there. And I'll definitely return again. I'd like to bring Sam sometime, too.
After the shop we ate a delicious lunch at 110 Grill. That's become one of our favorite places to eat together. 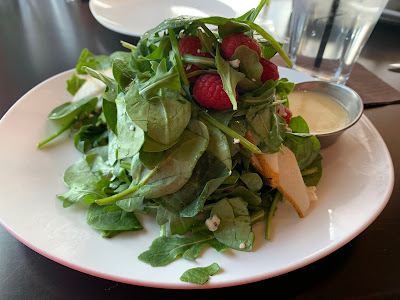 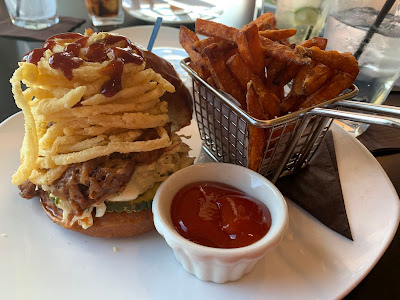 A great bookstore and a tasty lunch with two of my best friends--it was a good way to start out the new year!
Posted by Donna at 10:33 AM