A few weeks before Christmas our dishwasher died. I don't know how old it was but I suspect that it was pretty old. I'd had someone out to repair it once since moving here, and other times it randomly leaked or didn't work right. So it was kind of a relief for it to finally die. It was not a relief to have to handwash all of the dishes for nearly two weeks, however, which is very inefficient (and wasteful with water, I might add) when compared to the efficiency and convenience of a dishwasher. 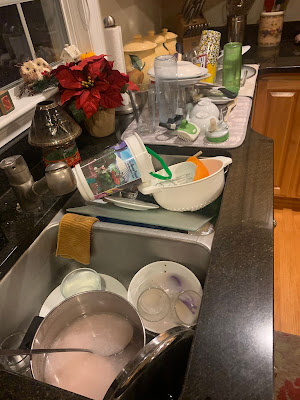 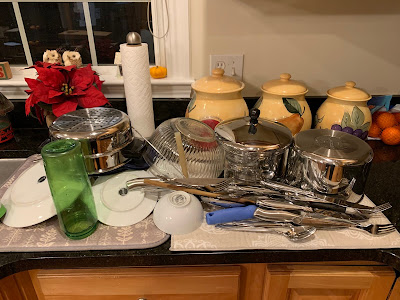 After conducting a little research, I decided to get a Bosch or a KitchenAid, which are the two highest-rated dishwasher brands. We got a Bosch in Iowa when we had to replace our dishwasher there and it was very nice. At Lowe's I found out that most of the Bosch models were on backorder until February or the spring (thanks to China and the virus it unleashed and the havoc it/they have wreaked on manufacturing and supply lines everywhere. Sorry. I'm still bitter.). I definitely wasn't willing to wait that long, plus most of the Bosch models were hundreds of dollars more than KitchenAid, which is pretty much just as good, and there was a model I liked that was in stock, so KitchenAid it was. Less than a week later it had been delivered and installed and life was back to normal as far as dishwashing went. Merry Christmas to me! 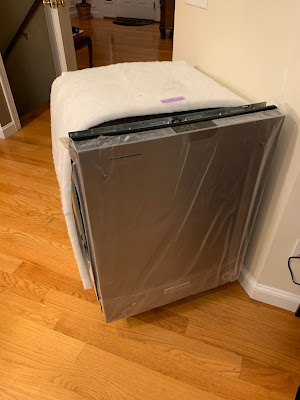 Ready to get installed here 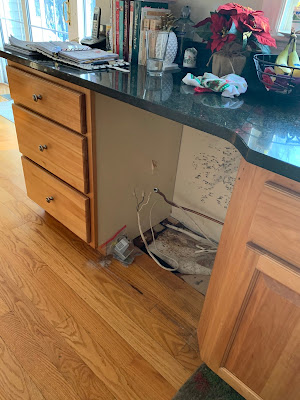 This picture proves that a kitchen without a dishwasher is incomplete 😉 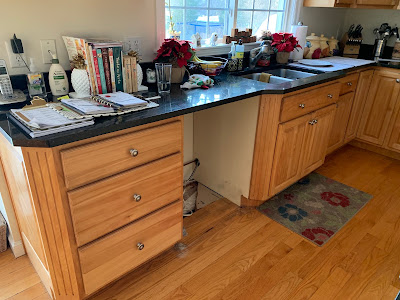 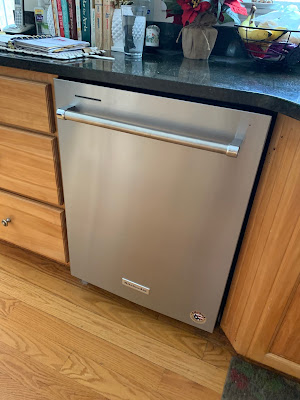 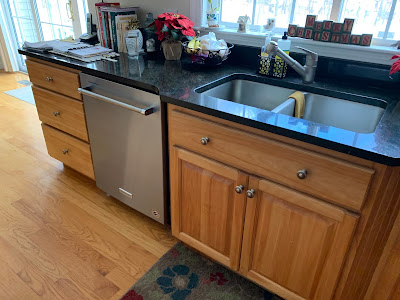 My favorite feature is that it has three racks. The top rack holds cups and glasses on their sides and utensils. What a great use of space! 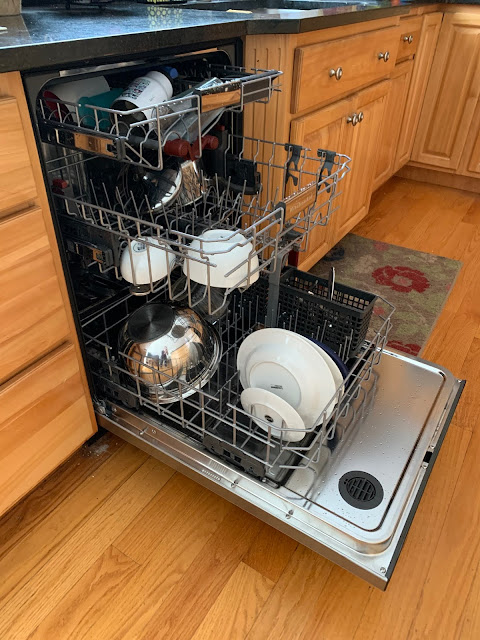 When I was dishwasher shopping I noticed that many of them don't have a towel bar anymore, but I wanted a towel bar, which is another reason that I chose the model I did. There's no other good place in my kitchen to hang a dishtowel--I need that bar! 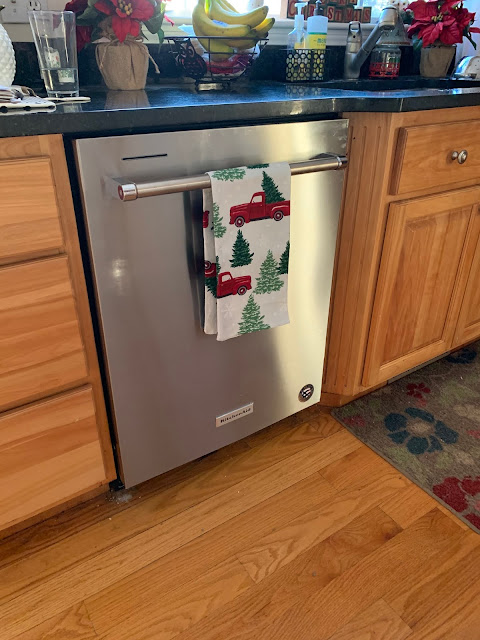 I expect that it will work well for many years to come. {It better, at that price! 😜}