I finally did it. I got a fake Christmas tree. I let go of my long-held "only real Christmas trees for us" philosophy, and I bought a 10-foot unlit tree from Balsam Hill in August (I chose unlit because I read that it can be a pain if one of the bulbs goes on a pre-lit tree, plus it would be nice to continue to switch between colored and white lights every year, although I'd be happy with white lights only, but other members of the family prefer colored lights, so we compromise by switching off. Wow, that was a long parenthetical!).

I had a feeling that it would be a good idea to have a fake tree this year, and I turned out to be right. If you'll recall, I had my suspicions last Christmas that this might be the year to finally get a fake tree (if you don't recall, that post is here).

So anyway, onto the tree. It came in three huge boxes. This is one of the the boxes: 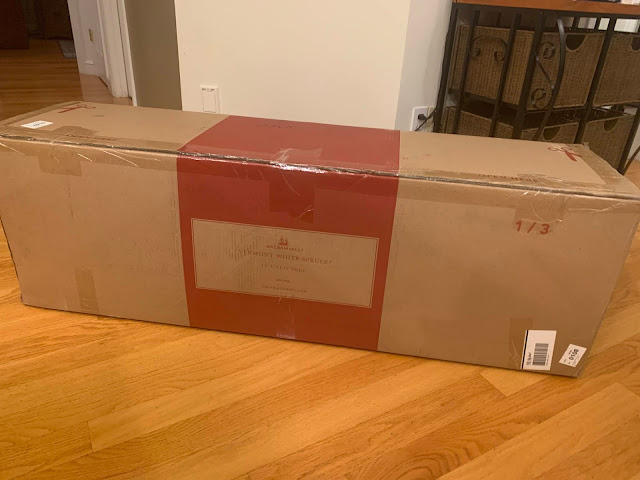 I chose a Vermont White Spruce. It looks very similar to the Frasier Firs that have always been my favorite type of Christmas tree. 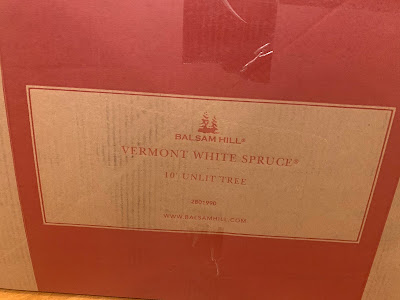 The tree wasn't nearly as tricky or as time-consuming to set up as I thought it would be. The directions were well-written. First I got all of the parts out of the boxes and laid them out. 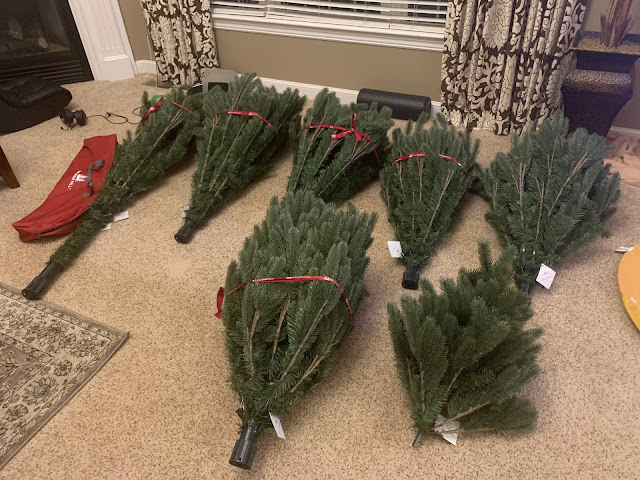 Then Sam helped me to start assembling from the bottom up. He's a good helper for things like this. 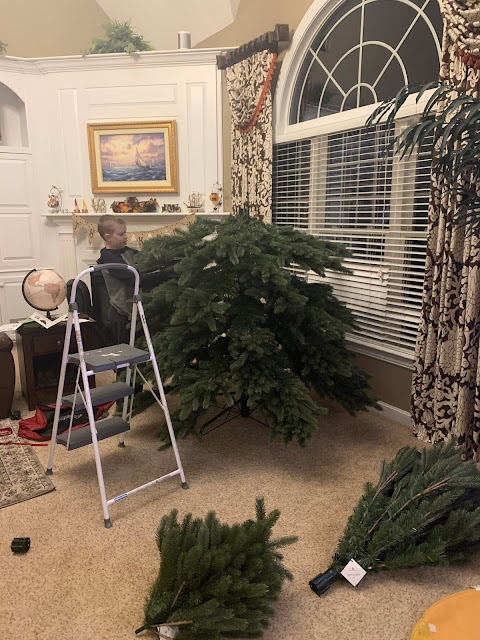 The most time-consuming part was having to fluff out all of the branches. I liked that Balsam Hill sent two pairs of gloves so that our fingers wouldn't get pricked while we did that. That saved us a lot of "ouches"! The directions said that in future years you won't have to "fluff" as much as you had to the first time. Thank goodness for that! 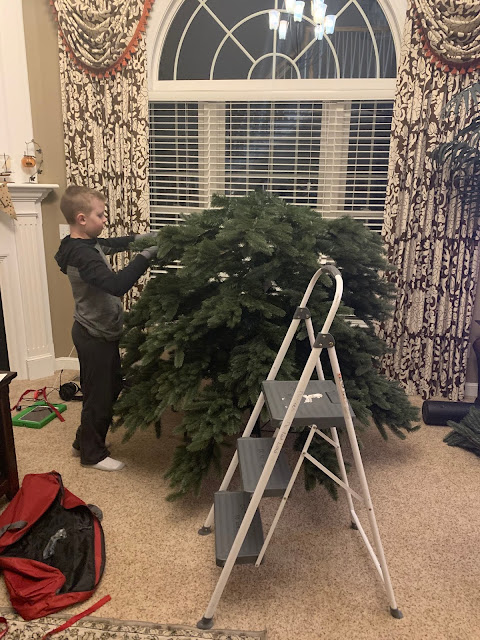 About two-thirds of the way done. We joked about leaving it like that. But common sense and good taste prevailed. 😁 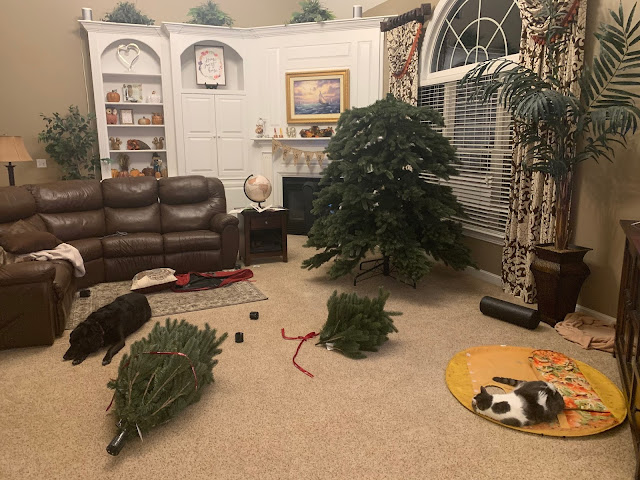 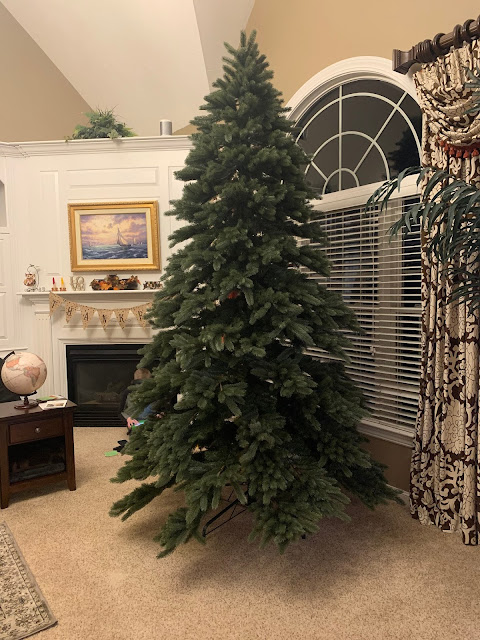 It has a nice shape, doesn't it? It looked even better once we fluffed it out more, strung up the lights, hung the ornaments, and put the tree skirt around the bottom. Pictures of the finished product are coming next month (I bet you can hardly wait!). But this was how it looked when November ended.
I really like that with a fake tree you can put it up whenever you want, which lets you get an earlier start on decking the halls for Christmas while still keeping your Thanksgiving and fall decorations up. I also appreciated avoiding the hassle of getting a tree loaded onto the car, then off the car, then into the house, then set up in the stand, with lots of needles falling off in the process, and then having to remember to water it every day. I don't miss those things. But I do miss the lovely pine scent that would fill the house (I've been using candles, but it's not the same!), and I miss the simple magic of having a live Christmas tree in the house. But this is nice too. And it's way more convenient and efficient. I like it so much that I may end up using this tree every year instead of only using it as a back-up. Either way, fake or live, we'll have a beautiful Christmas tree in our home. And that's all that really matters!
🎄🎄🎄
Posted by Donna at 12:51 PM