Last fall I pre-ordered a 12-foot Frasier Fir for our Christmas tree because we hadn't been able to get a 12-footer the year before because they'd all sold out. So last year we got our 12-footer. And it was way bigger than we realized it would be. Not only tall, but fat and broad. It took up a lot of space. It was quite the behemoth in making its presence known. But it was also fragrant, and lovely once it was (finally) lit up and decorated.

We got this far with the lights that we already had, and then it had to stay this way for about a week until I could get more white lights to finish the top. 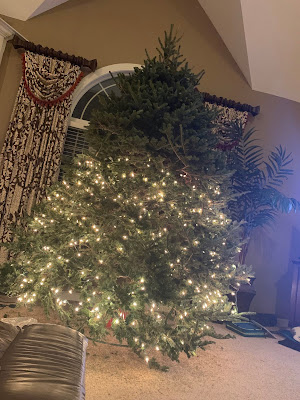 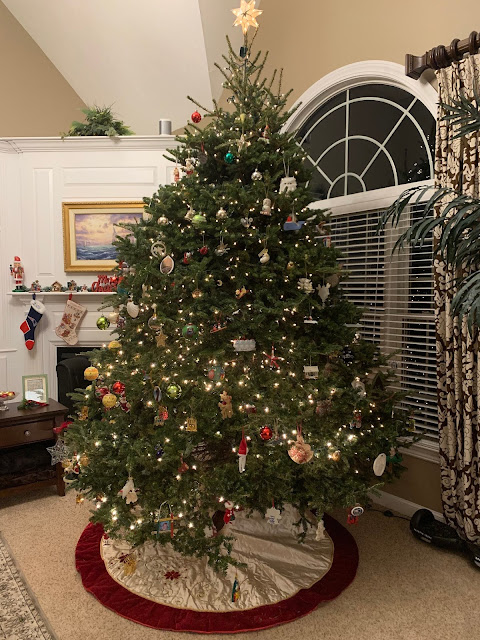 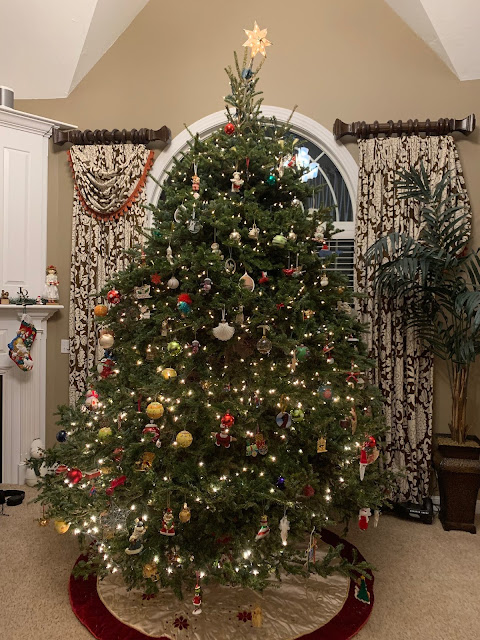 And then after about a week of being "done," the bottom strings of lights went out. 😱 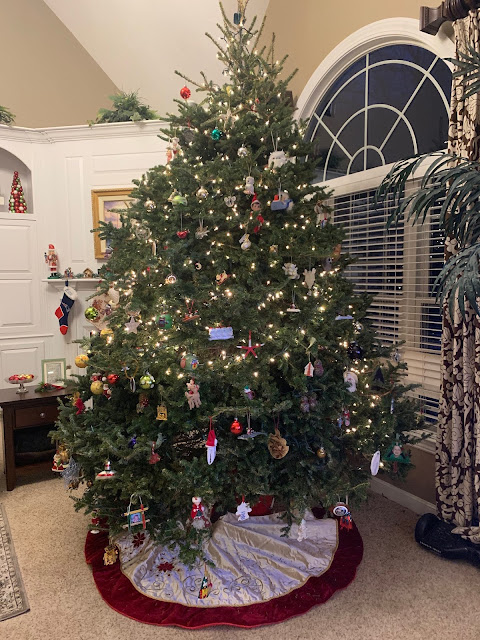 It turns out that they'd gotten overloaded because there were too many that were plugged into the same circuit, so they'd burnt out. Yet another hazard of having a big tree. So off I had to get more lights yet again, and then I had to carefully remove the burnt-out lights and string up the new lights around the ornaments and this time plug them into multiple outlets. It was a pain. But it worked.

Here are the re-strung lights. They're more spaced out than the first ones because I was sick of the whole thing by this point and didn't want to get any more lights or overload the circuits again. It was done. 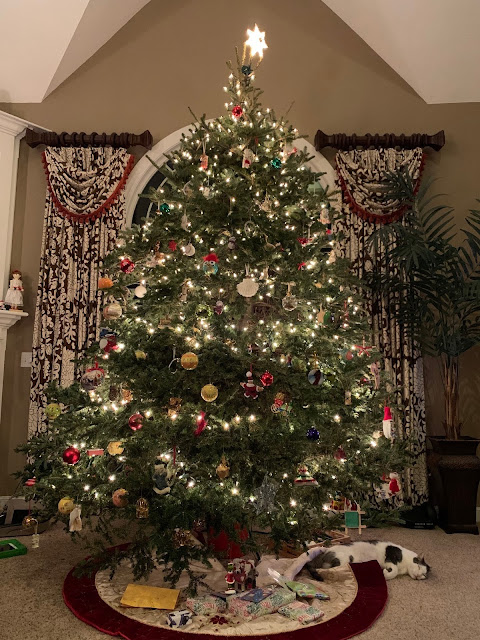 I had Sam take a few pictures of me with the tree to show the size of the tree to scale better. (I'm about 5'6 with shoes or slippers on.) 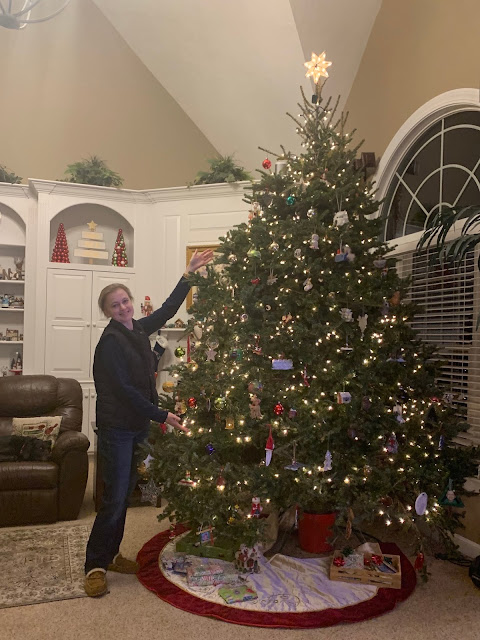 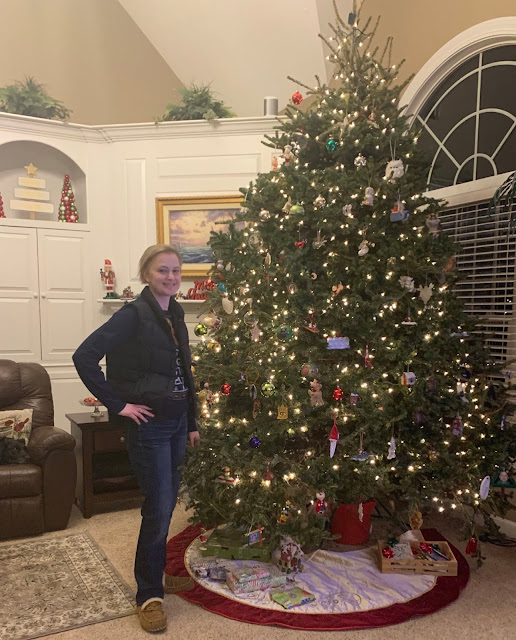 It was a nice tree. But it was a difficult tree too, with getting it in and out of the house and set up and decorated and then the fiasco with the lights. It also died rather early and dropped a lot of needles, but it still lasted for over a month for us. I'm torn right now about a live versus fake tree. I'm a live tree purist, but practicality and efficiency are finally starting to win out for me. I'm seriously considering buying a nice big (but not too big) pre-lit artificial tree from Balsam Hill this year. Obviously it wouldn't have the natural scent and magic of a real tree, but it would be so much easier. (And that way we can always have white lights instead of colored lights, hee hee!) And the emergency prepper part of me knows that it would be good to have a fake tree on hand in case we can't find a live tree we like (I don't think I'll be pre-ordering a 12-footer again) or in case of, oh I don't know, a pandemic or economic disaster or something like that.