Rappelling in the Woods

When my dad was here last month we went rappelling in the woods near our house. By "we went rappelling" I mean that John and my Dad did the actual rappelling while Sam and I watched. I stayed on solid ground and did the belaying when John rappelled, and Sam watched and got stung on the back of his leg by a yellowjacket wasp, which wasn't nearly as thrilling as rappelling. But it was a beautiful fall day, and other than the wasp sting, it was refreshing to be out in the woods doing something different.

The rock is huge. This is only part of it! 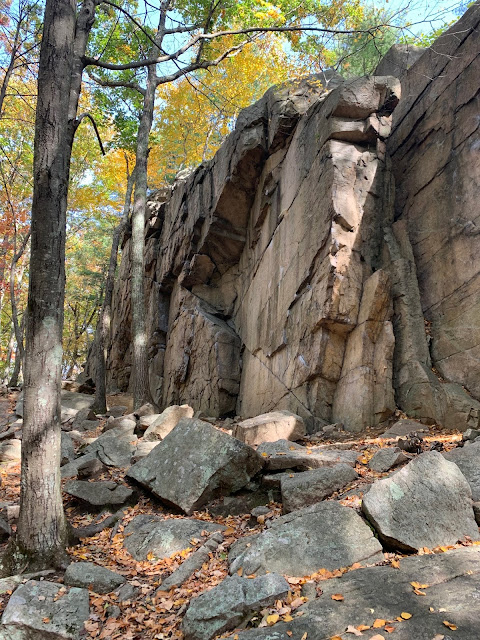 John and my dad way up at the top. 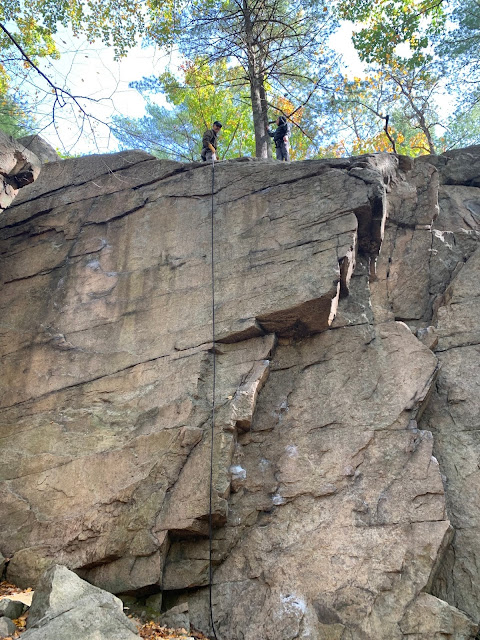 This was soon before Sam got stung. 😟 After that happened we discovered a nest of yellowjackets in the ground under a rock nearby, which we were careful to steer clear of. 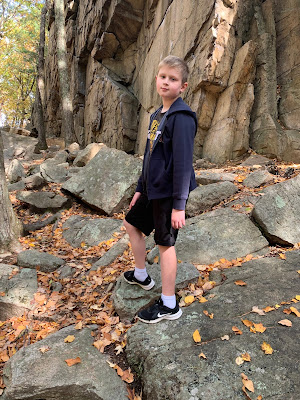 My pretty view as I waited for John to come down. As the belayer, I was holding the rope at the bottom. 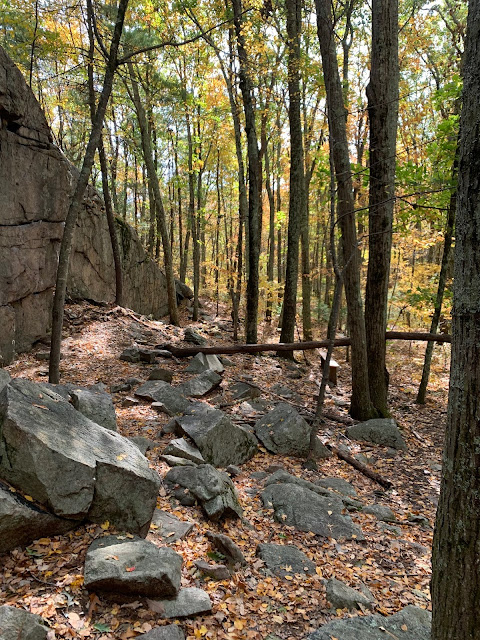 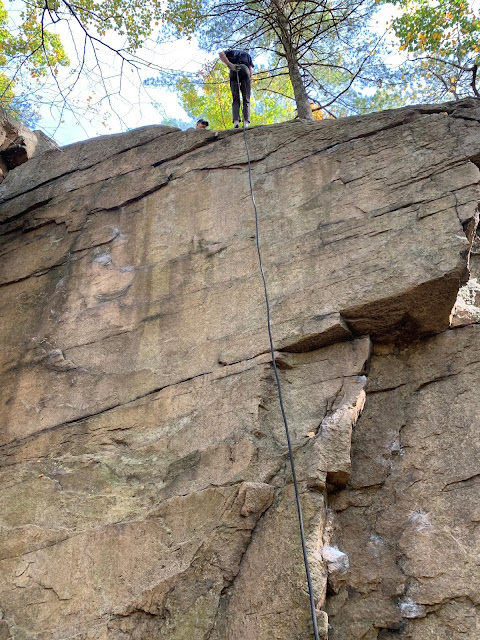 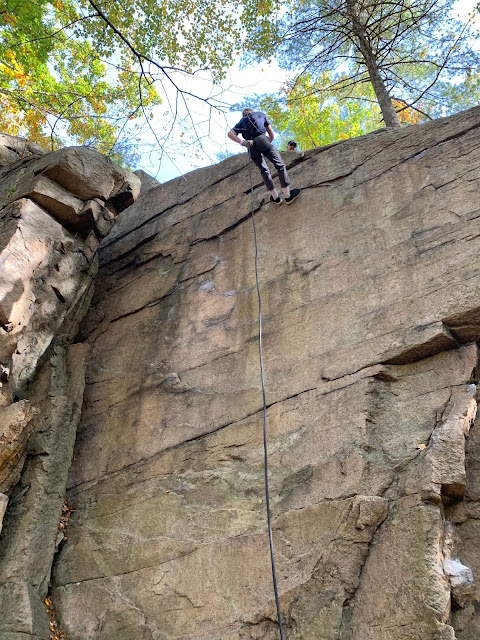 Descent completed, and John heading back up. Can you see him? 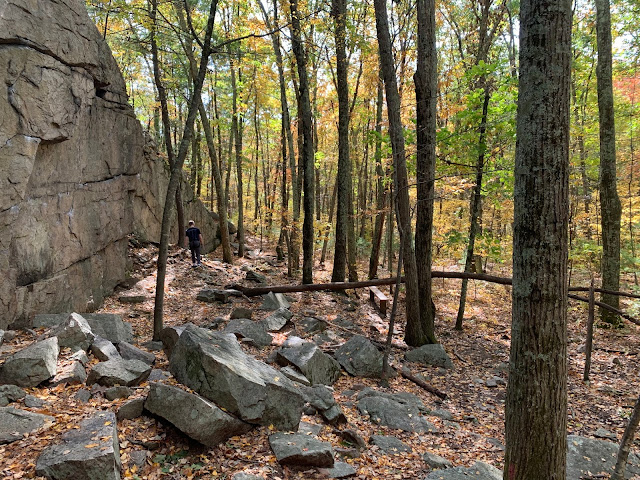 The second descent. I got better pictures of this one because Sam was the belayer this time. 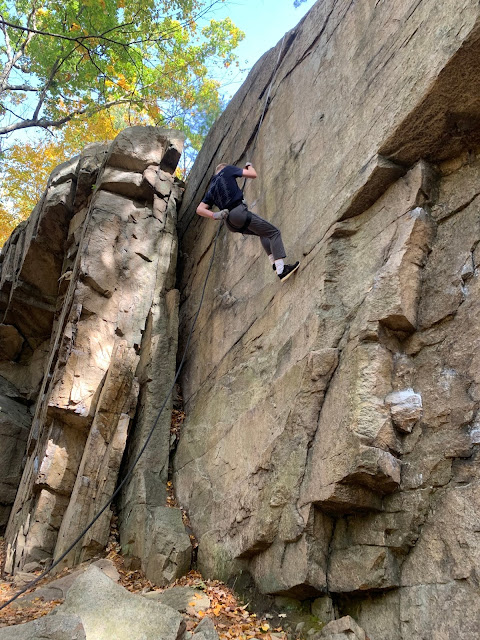 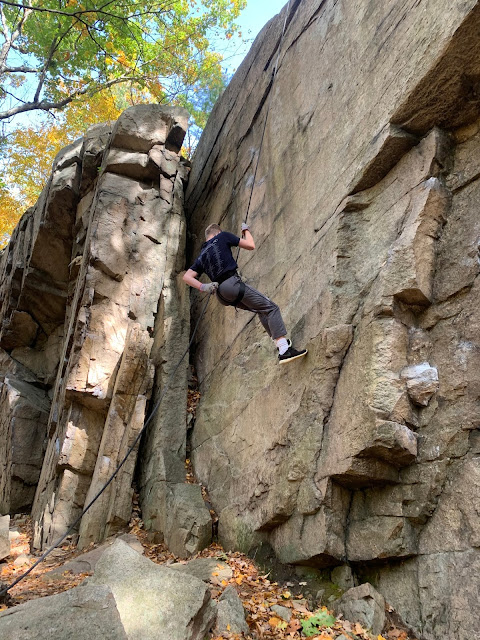 When my dad rappelled down, John was the belayer. 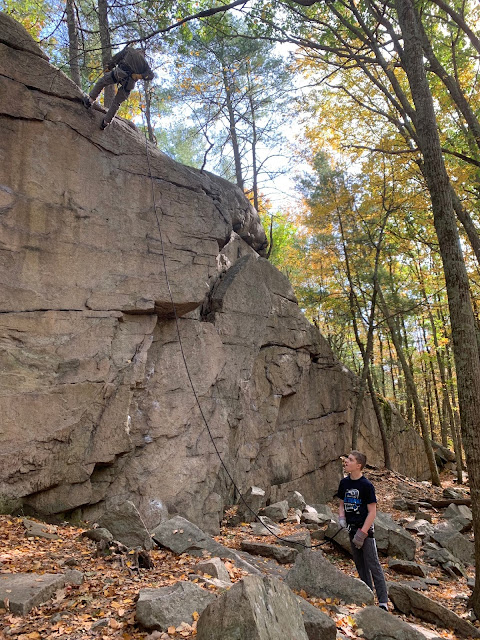 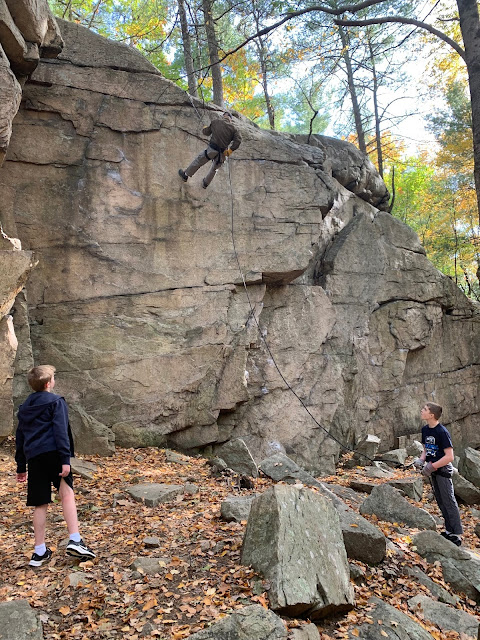 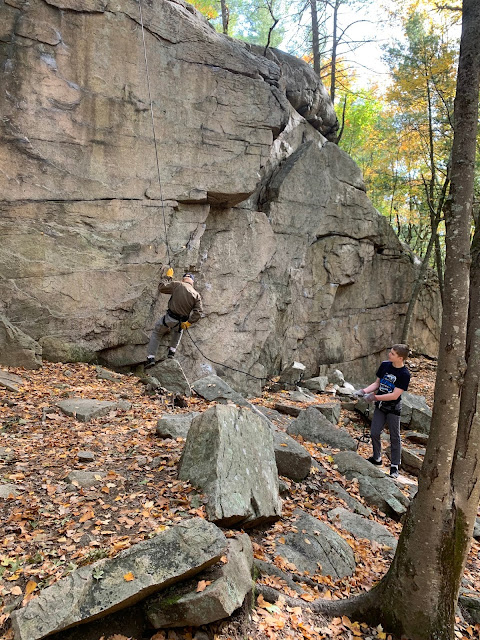 After the rappelling was done, John took the opportunity to do a little rock-climbing. 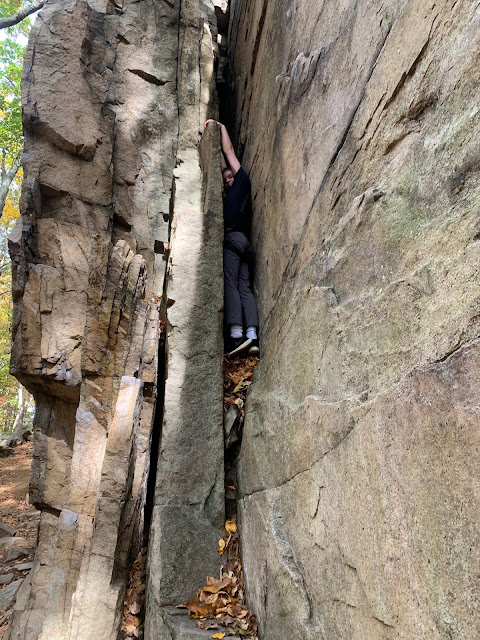 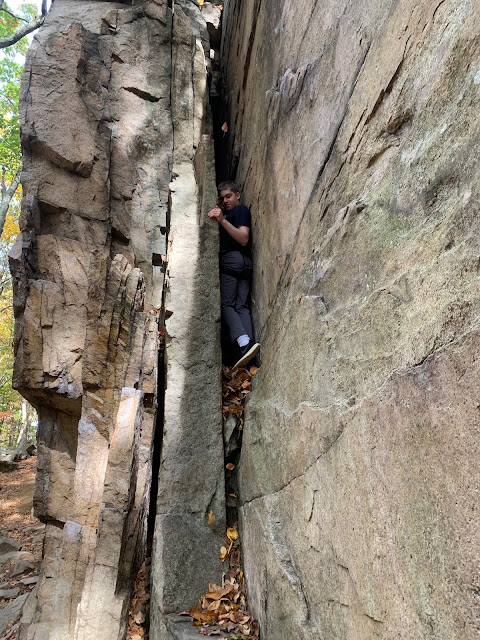 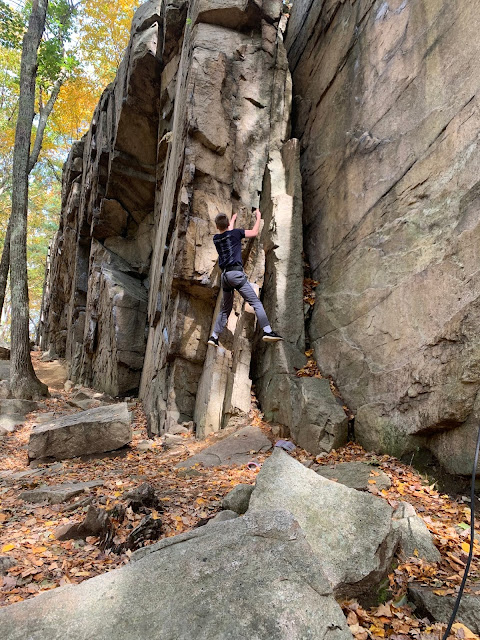 I'm glad we went out that day to do this. It felt so good to bask in the healing peacefulness of nature! 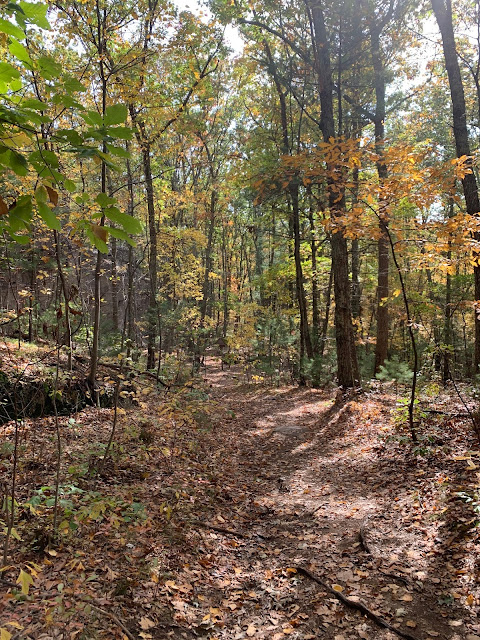