Around the House in October

The owl's hydrangea fro had lessened a bit but was still going pretty strong. 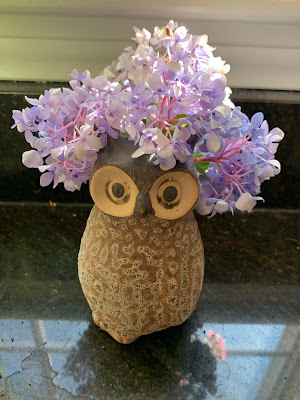 Some of the Halloween decorations 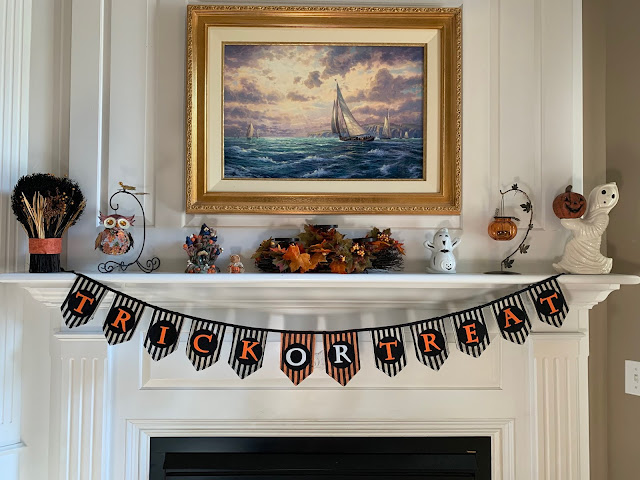 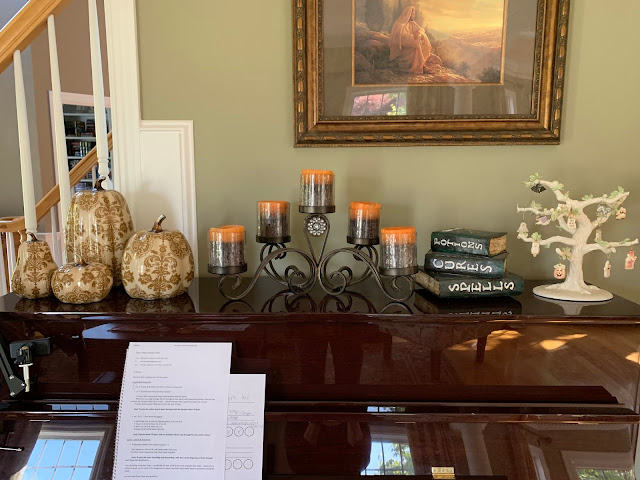 Veggie stir-fry with the last of the onions and peppers from my garden. 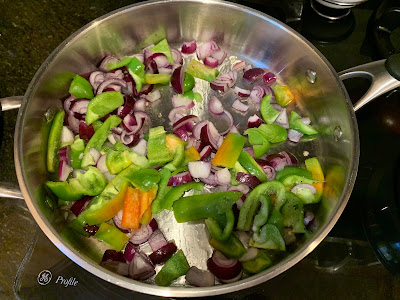 Sam's disassembled bed in the garage. I sold it for five bucks to someone on Facebook. What a steal! 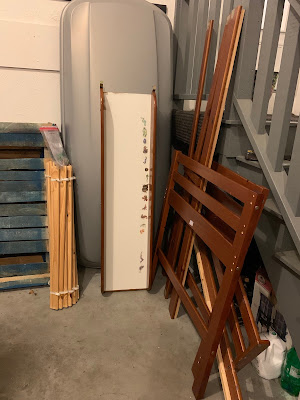 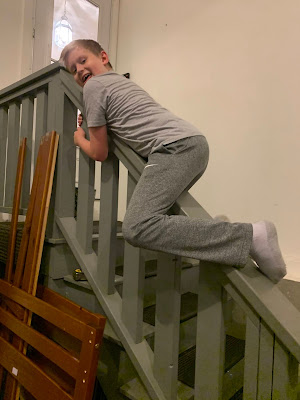 I got the family room and basement carpets steam-cleaned. I found the patterns it left in the carpet to be highly satisfying. 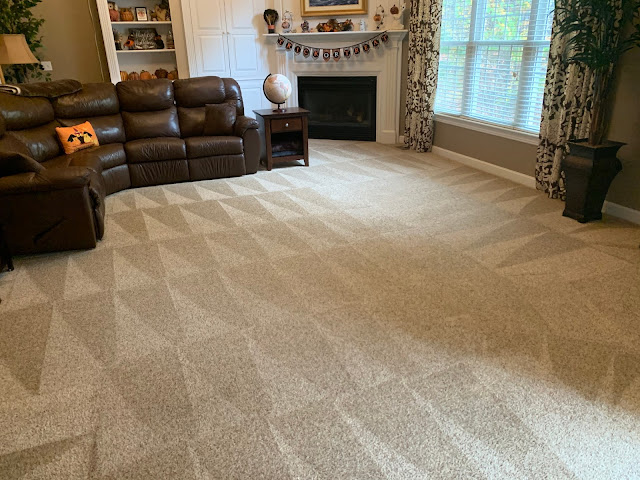 October's Dishscape was a haunted house scene. It had some fun things in it, like the ghost of an old woman, a witch, a zombie, a mouse, and a Venus fly trapper. I was hoping they'd put a hooting owl up in the tree and have it fly in and out of the scene periodically, but no such luck. Maybe next year. 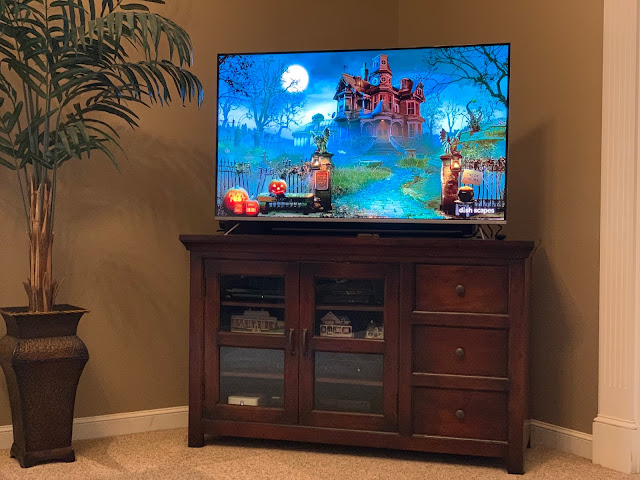 This is one of Violet's favorite spots to lay. She and I were really missing Boo Boo. 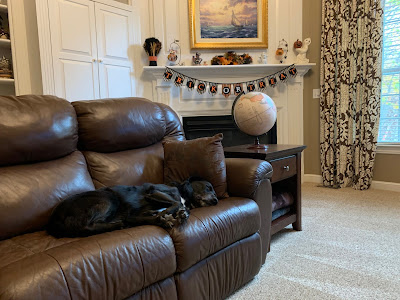 Sam was wearing a hot dog costume while he did his schoolwork on a remote day, and it made me laugh. He didn't want me to take pictures but I had to. He forgave me when I promised not to post in on Facebook (I didn't say anything about my blog though 😁). 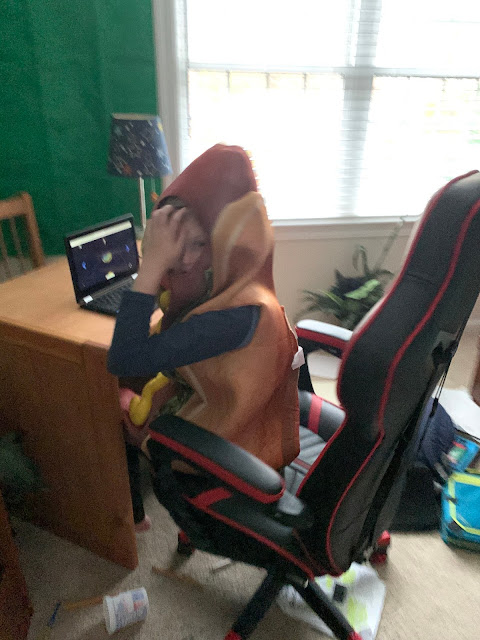 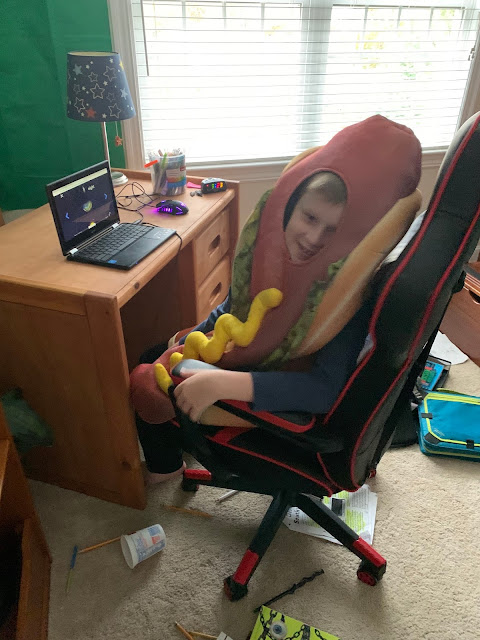 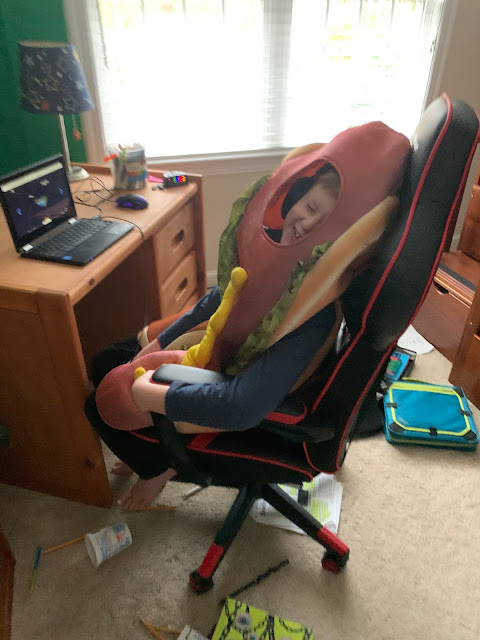 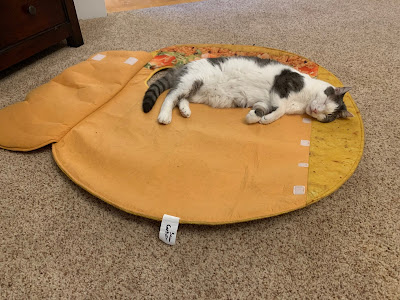 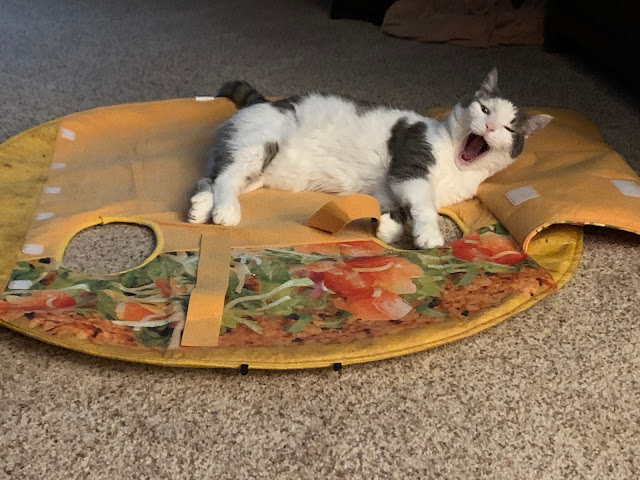 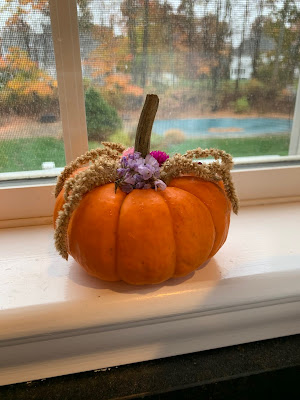 These are some of my favorite foods to snack on: tomatoes and cheese, and tortilla chips with a well-made fresh guacamole (made by Whole Foods, not by me 😆). Put them all together and you have a well-fed Donna. 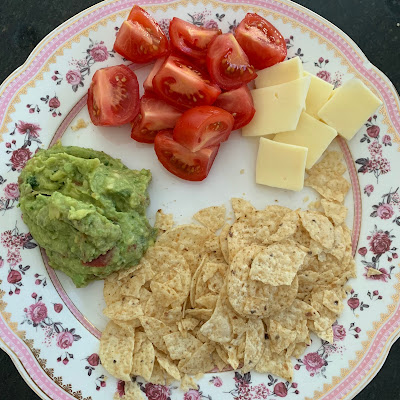