The high-school team's wrestling banquet was supposed to be back in March, but it got postponed several times because of Covid. They finally decided to just do a scaled-down informal version in the high-school parking lot in the afternoon on Halloween. I'm glad they did something to acknowledge the boys' season and their accomplishments.

John earned his varsity letter. Not bad for a freshman! 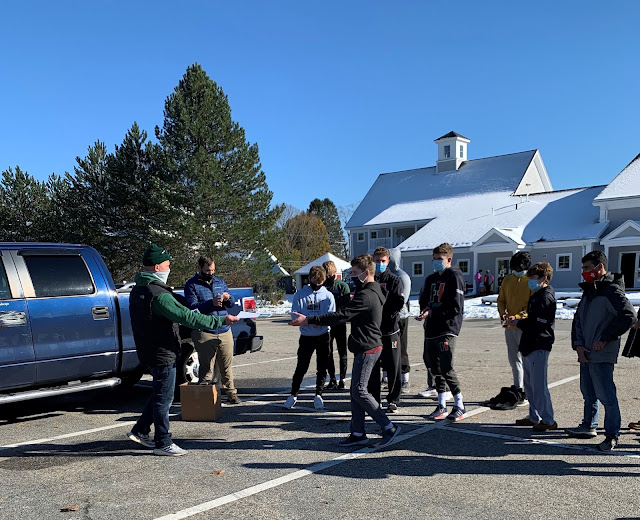 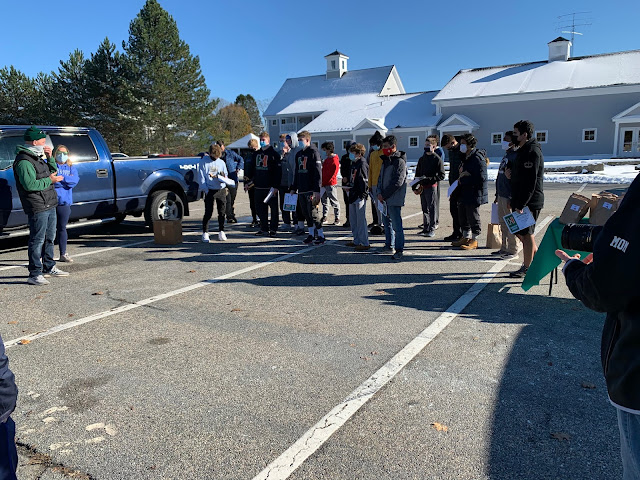 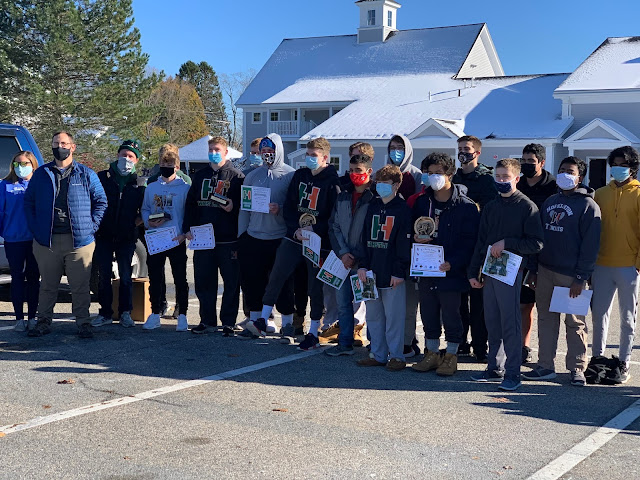 He also won the Rookie of the Year award! 👏 I was so proud of him! 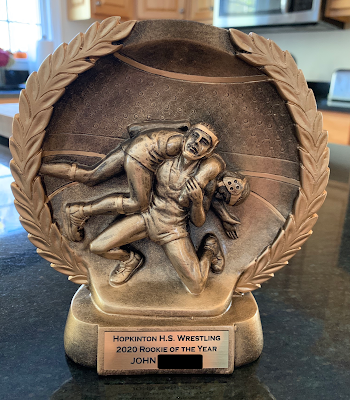 With that award and his varsity letter, as a freshman he'd already surpassed me and Peter combined for high-school athletic achievements. Granted, that's not a hard thing to do, but still! 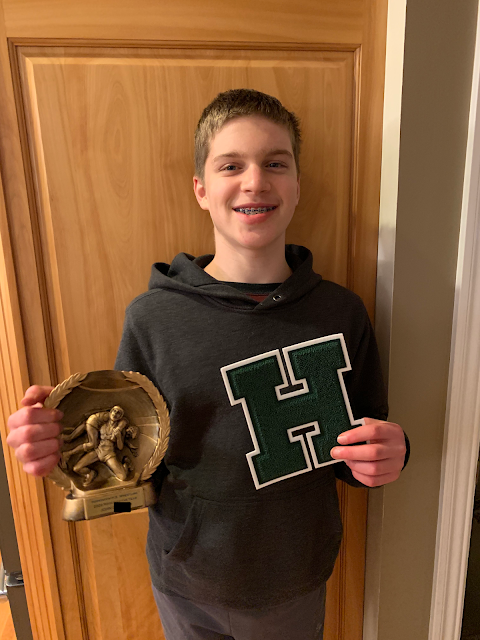 The medal was from his 4th place finish in his weight class at Regionals in February. He finally received it at the banquet. 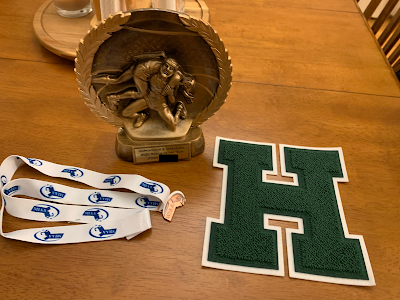 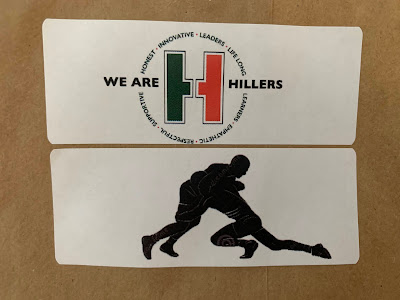 I'm so glad that John has found a school sport that he loves and that he's naturally talented at (all that strength-training from ninja and gymnastics has helped make him very strong and agile). Normally wrestling season would be starting on November 30th, but because of Covid, it's postponed until the end of February. 😞 I really, really hope that it will happen then. 🤞 In the meantime, John is going to be doing wrestling at a club to strengthen his skills (and his muscles, ha ha) from now until the season begins. He is so ready for his sophomore season to begin!
Posted by Donna at 11:48 AM