In Defense of Christopher Columbus

I don't like how Christopher Columbus has been villainized in America over the last several years, and how there is an active, somewhat successful movement to call it Indigenous Peoples Day instead of Columbus Day. Some people don't think Columbus is a man worth honoring because of how he treated the Indians. Among other things, they forget or overlook the fact that they're judging him by the standards of our time and not the standards of the time in which he lived. Columbus was seen before his time by the Book of Mormon prophet Nephi, and for that reason I fully believe that he was called by God to discover America. Was he called by God to mistreat the Indians? Of course not. But we can't be myopic and let one aspect of what took place take away from the bigger picture and the circumstances of the time.

"Actions we now eschew as immoral, such as slavery, torture, or colonization, were commonplace, and Columbus was a man of his time." 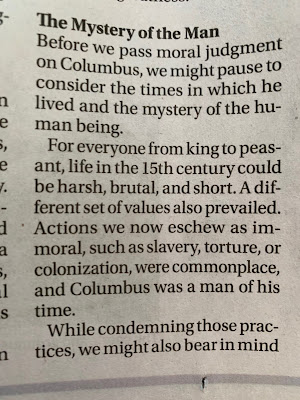 "He was not good to Native American people...but he's definitely not out of step with the times. Spanish conquistadors who came after Columbus were much more brutal."

Italian-Americans support their kinsman and the pride that he brings to their cultural heritage. 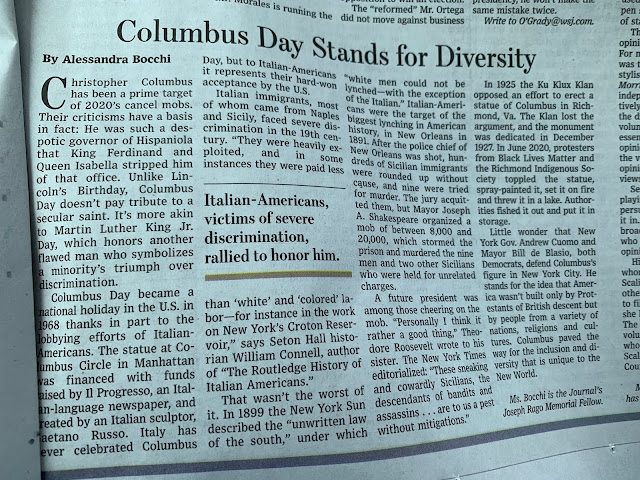 "Columbus paved the way for the inclusion and diversity that is unique to the New World." 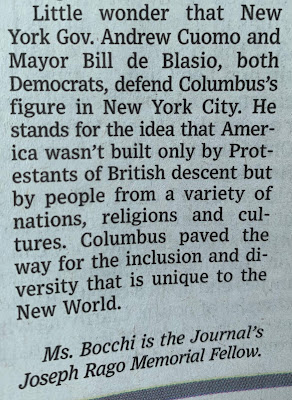 I read a really interesting article about Columbus that brought up some very good points: 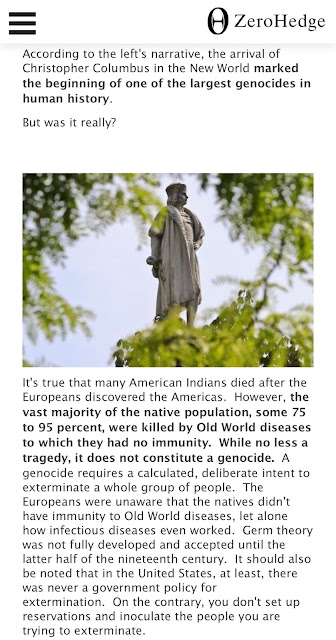 Conquest and the spread of Christianity among the Native people helped end some truly horrific things that they'd been doing to each other, including the ritual torture and genocide of their own people and children. 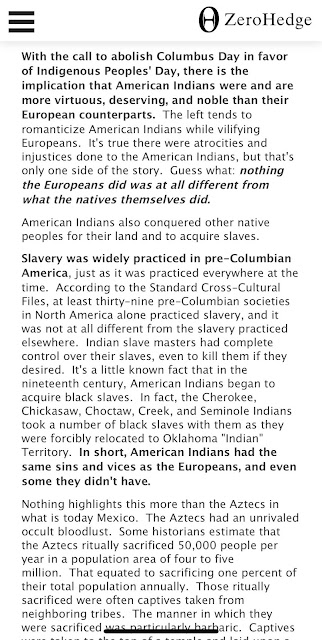 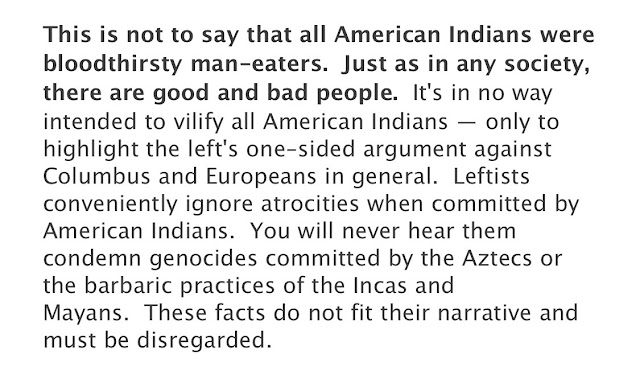 **Really good points are made here.** This article was so provocative and illuminating. It is one of the best defenses of Columbus that I've ever read. 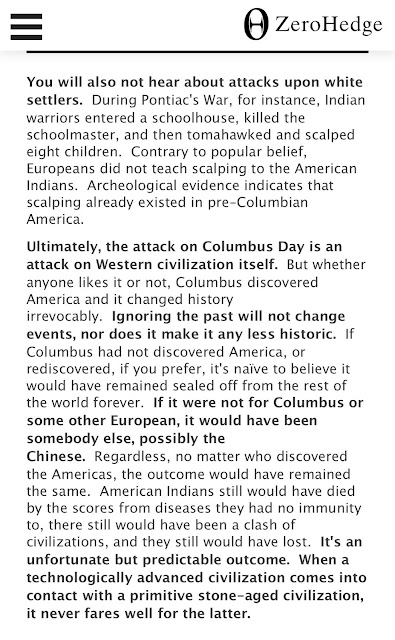 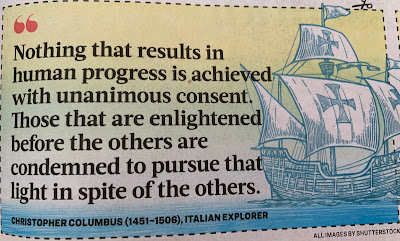 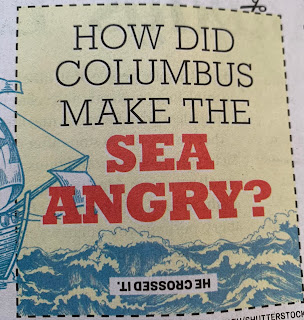 I was proud of Sam last year when he defended Columbus at school by saying that Columbus' intent was good in trying to spread Christianity. His teacher e-mailed me about it and her response to him was really good too, that even though Columbus may have been on God's errand, God didn't necessarily approve of everything he did to carry it out. THIS is the free flow of ideas, and THIS is the true value of education.