The Garden in August

My garden's glory days were behind it by the time I returned from the Cape at the beginning of August. Even though it was waning, it was still producing some cucumbers, lots of onions, carrots (still buried), and finally--a few little green peppers! 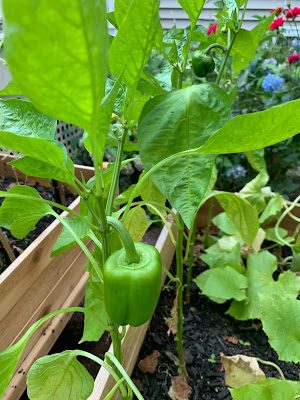 Despite these small (literally) successes, the pepper plants didn't do as well as I thought they would. Some of them didn't produce anything and the ones that did didn't produce much more than this.

The carrot stems had grown long and wild, which was encouraging. But I didn't know what they looked like underneath the surface. I pulled a few and they were misshapen and much smaller than I expected, even though they were bambino carrots. 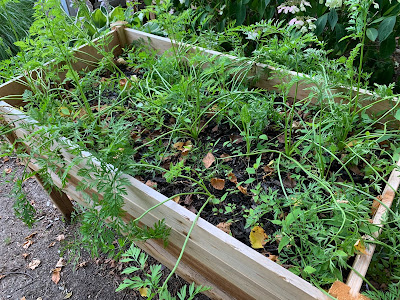 "How long are you little carrot?" Answer--not long at all! 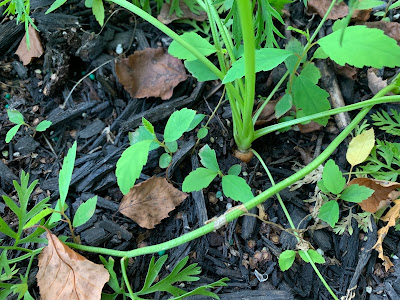 The onions were pretty small but they were plentiful and flavorful. 🙌 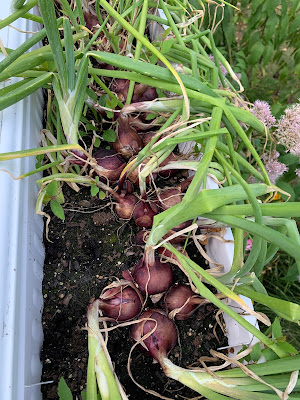 The garden bean bed had turned into a jungle--and hadn't produced a single bean! 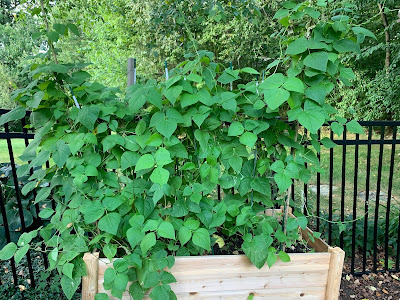 The plants themselves grew like wildfire but that was about it, so by the end of the month I'd pulled them all up and disposed of them in the woods. It was disappointing, but it taught me that this bed probably didn't get enough sunshine. Next spring I'll put it in a different place and try again! 💪