The Yard and Garden in July

July was warm and sunny as usual, and I loved it! The only problem was that drought struck so the lawn got parched because we had to turn off the sprinkler system (town mandate), but given everything else going on in the world, it wasn't a big deal. As for my little veggie garden, I made sure that it got enough water each morning, and my love affair with it continued to grow as the garden continued to grow. 💓 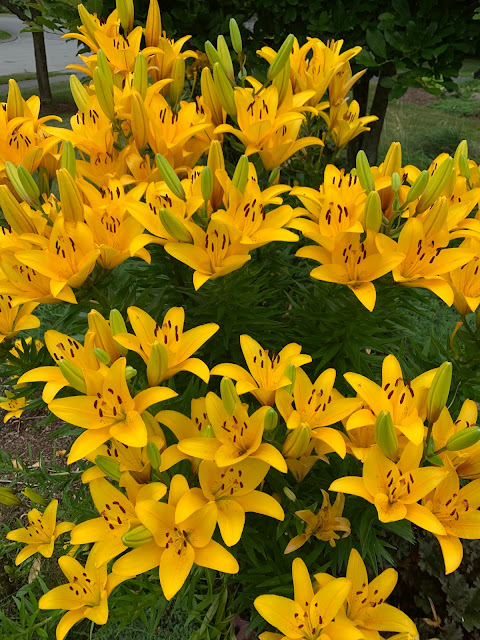 It turned out to be a great summer for hydrangeas in New England. 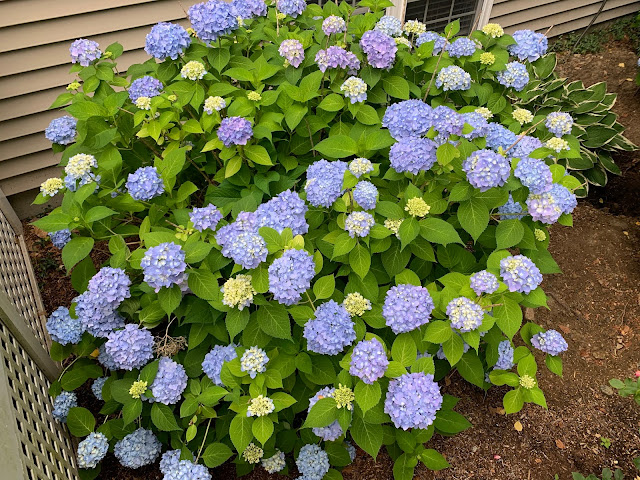 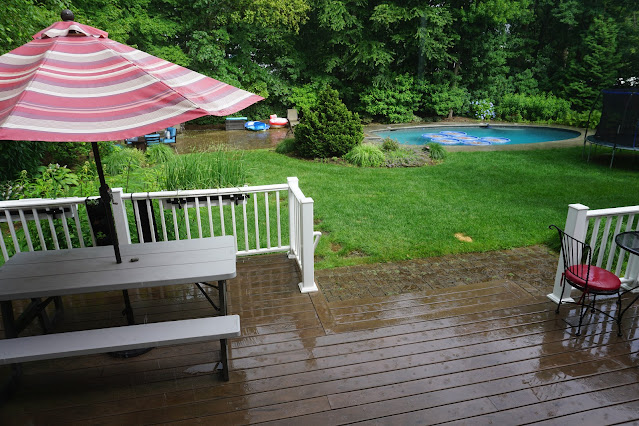 The cucumber plants continued to be the darlings of my garden. 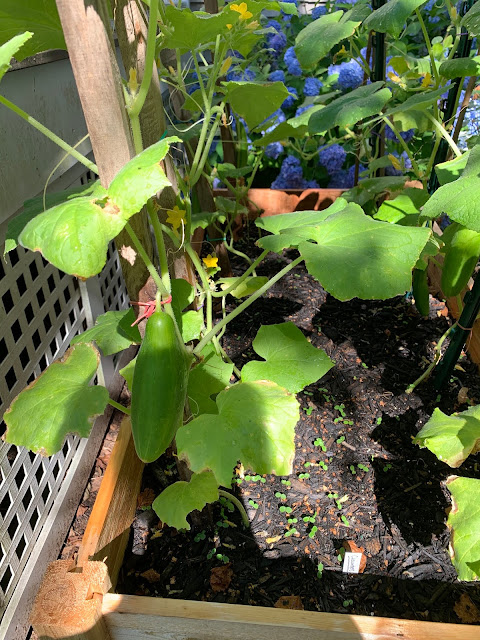 They were coming in hot! (Literally, ha ha!) 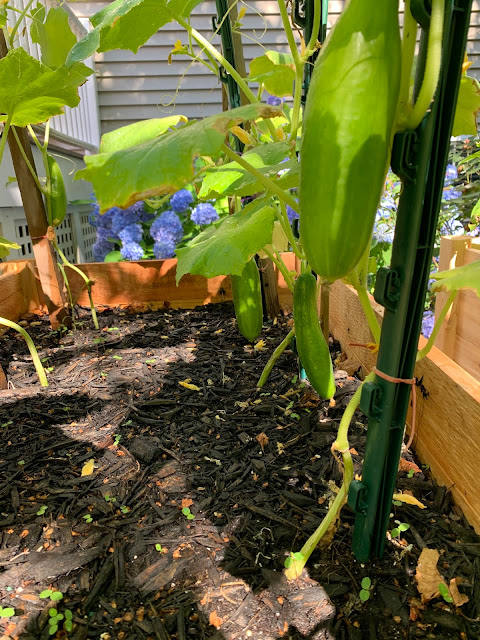 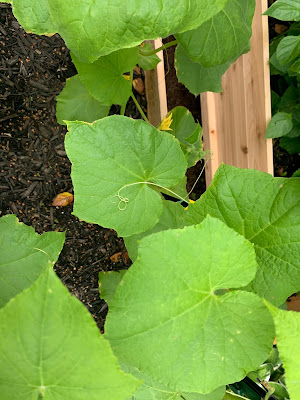 This was my first harvested cucumber! I felt a little guilty eating it, I really did. 😂 It was delicious though! 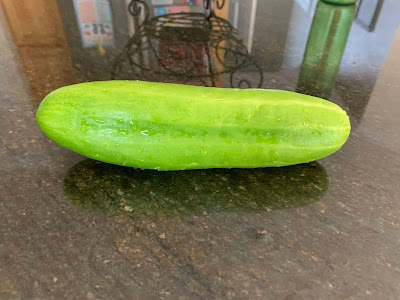 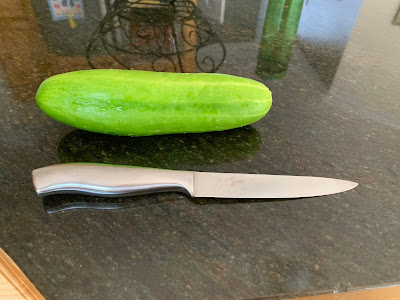 One of my favorite snacks: fresh veggies and cheese slices and dip 😋 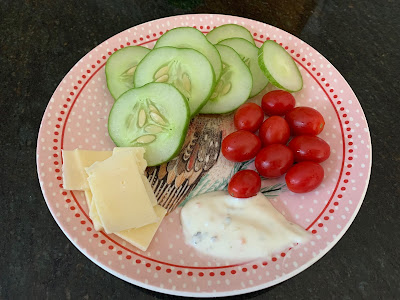 The bush cucumbers were a lot bigger and bushier than I realized they'd be. They were producing too--short, fat, lighter colored cukes. The green pepper plants on the left were growing nicely too, but no peppers yet. This bed was definitely overcrowded. Next year I won't do bush cucumbers, I'll just do the regular ones. 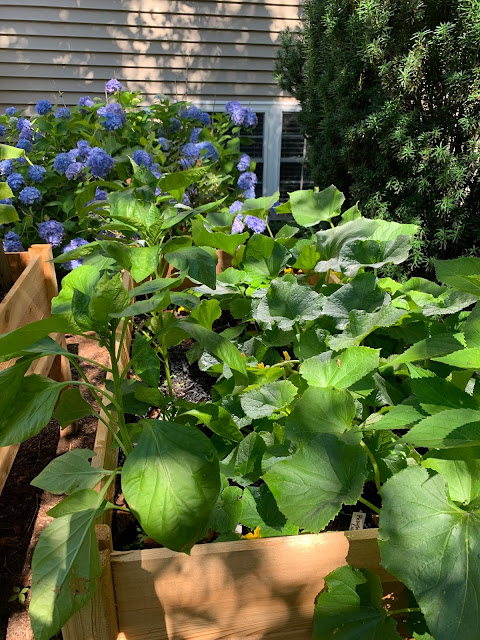 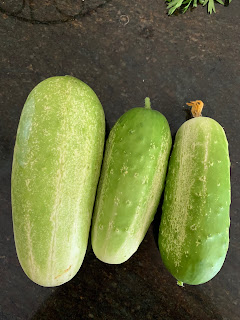 The carrots were growing well too--at least above the soil, anyway. 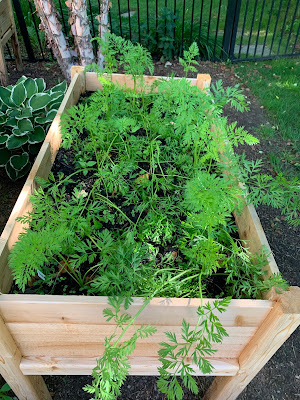 I pulled one when I thought it might be ready, but clearly, it wasn't! They're bambino carrots but that's a little too bambino! 😅 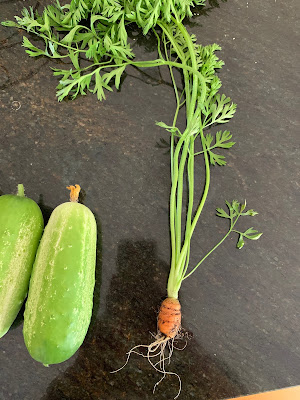 The garden bean plants were growing fast, but no beans had appeared yet. And spoiler alert, they never did. 😔 My guess is that this bed didn't get enough sun. Good to know for next year. 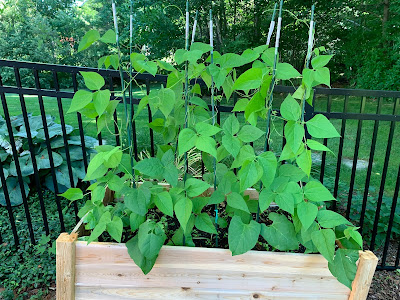 The onions were growing really well. 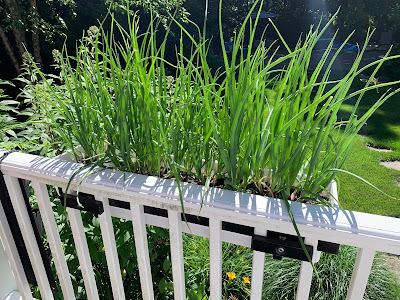 These hanging tomato planters from Wayfair were pretty much a disaster. First of all, they took months to arrive. Then when they finally did arrive, they had NO DIRECTIONS. I searched for directions online and they were nowhere to be found. So I let Wayfair know and they sent me another set--WITHOUT DIRECTIONS. 😠 So I attempted to use the planters on my own, but, another spoiler alert: they grew, but they produced nothing, which is disappointing because I love cherry tomatoes. Next year I'll just grow them myself (hopefully). 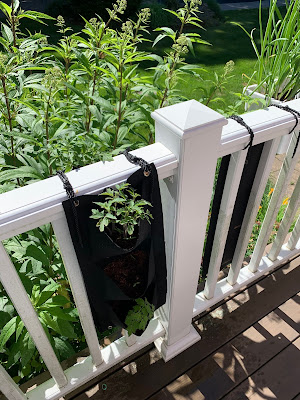 My garden really was my happy place. 💚 It was hard to leave it when I went to the Cape for the second half of the month! 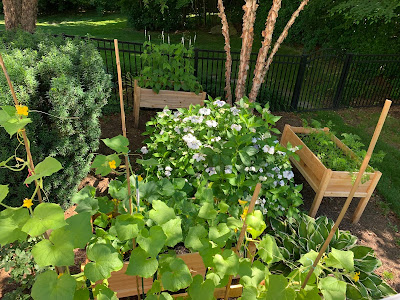 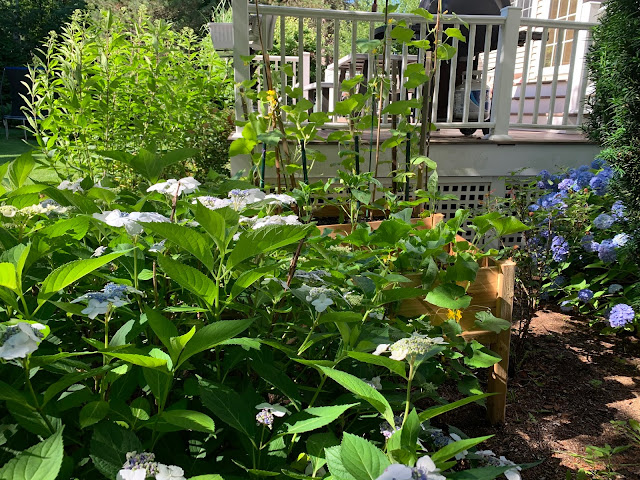 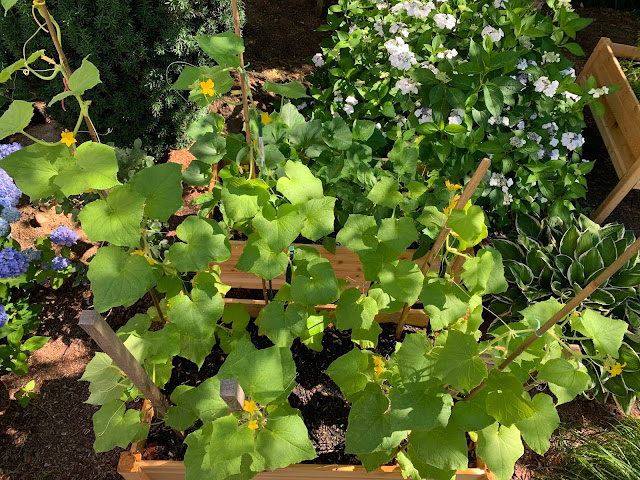