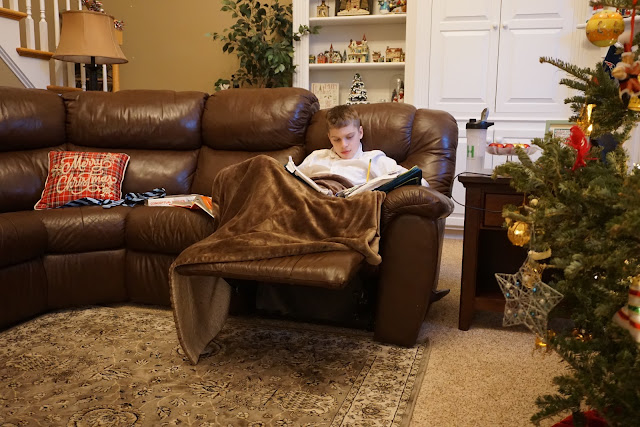 And then things got a little more exciting with his winter band concert (which turned out to be the  one and only concert of the school year, thanks to the Chinese Communist Party the coronavirus). 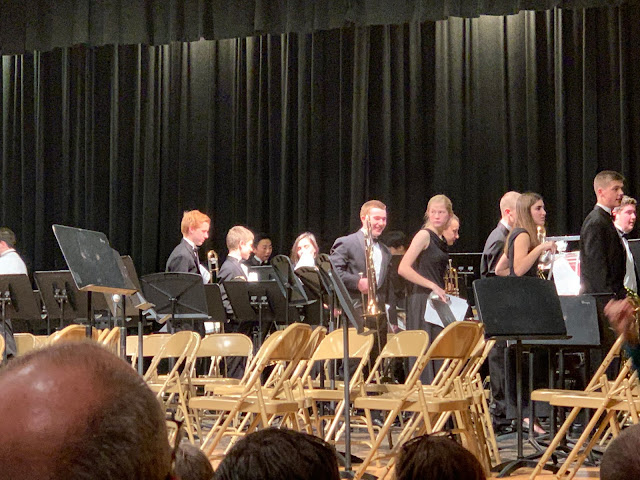 Do you see him? He's on the left in front of the guy with red hair. 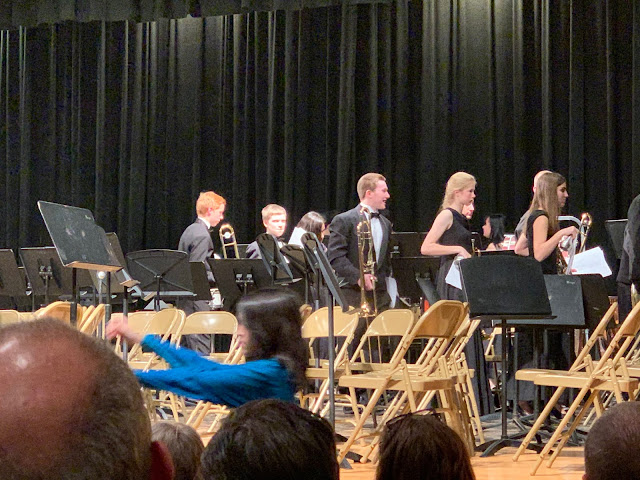 And then the adventures really ramped up with some good ninja competitions that he did well in.

Here he is getting ready to take his turn on the course. I don't have pictures of him actually doing the course because I took a video from this point on. This was at the gym of one of the stars of NBC's American Ninja Warrior, Dave Cavanaugh. You can see him in this picture--he's the guy in the blue t-shirt standing at the other end of the rings from John. 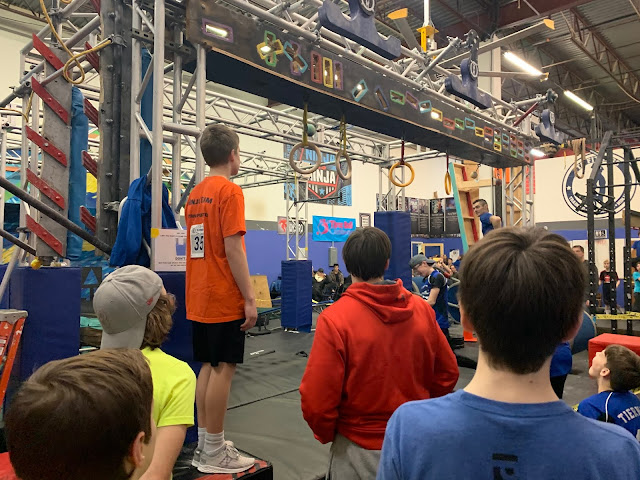 Waiting for his turn to go at another gym's ninja competition a week later. 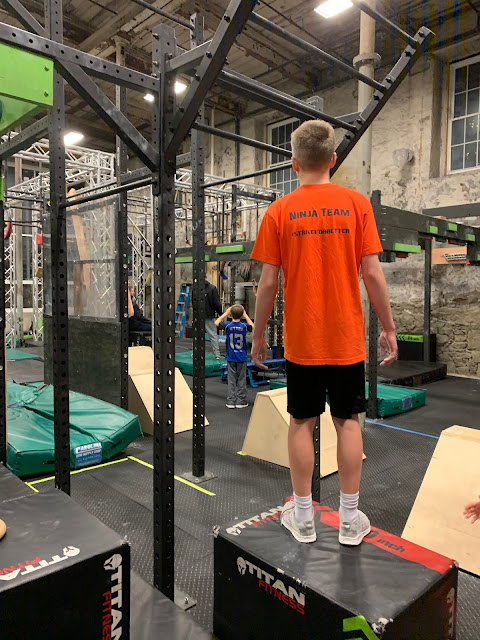 And then things got downright thrilling (and chilling!) when a few days after Christmas John went on a two-day adventure to the White Mountains of New Hampshire and did a hard-core trek to the top of a mountain, carrying all of his gear on his back and staying in an unheated cabin halfway up the mountain overnight. It was with some of his Young Men's group from church and it was a replacement for last summer's Scout camp, which was sadly and suddenly cancelled due to the threat of Eastern Equine Encephalitis in the area (and, it turns out, a harbinger of things to come!). 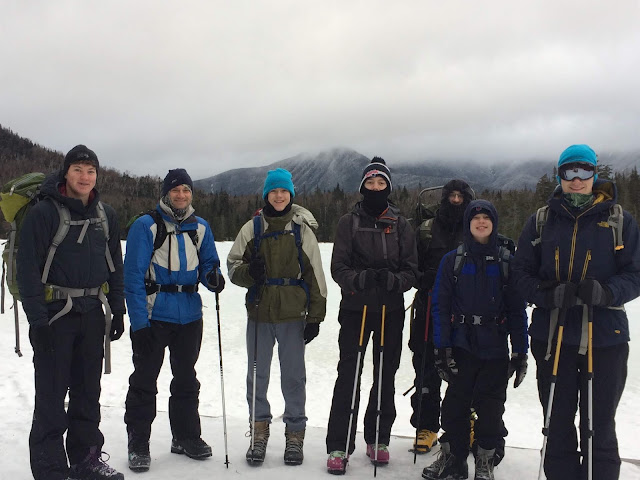 This wasn't an easy adventure at all and John was the youngest one who went but his leaders said he did awesome. His physical fitness and strength really helped him. It's challenging enough to hike up a mountain in good weather, but imagine doing it in the cold, icy winter with all of your gear strapped to your back! 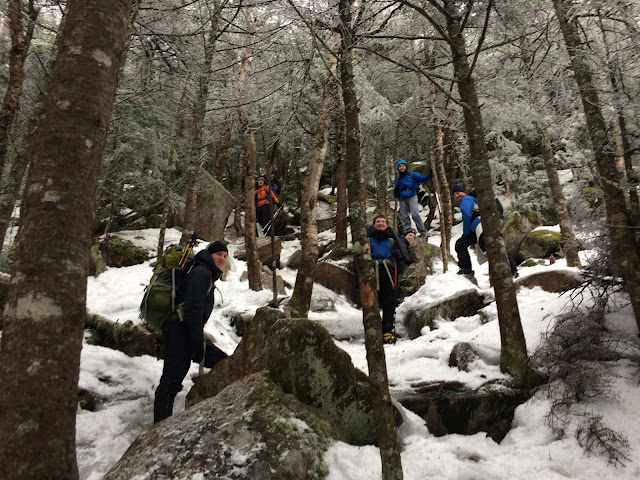 With Christmas and school break added in, it really was a fun month for John.