Ghosts in the Graveyard

On a Friday night last July my sister Elizabeth and I went on a fun and popular haunted walking tour in Barnstable that I've done twice in the past. She'd been wanting to do it for a long time and it finally happened. And it didn't disappoint! In addition to the regular walking tour through town, that particular tour that night happened to be a ghost-hunting tour as well. We broke up into pairs and small groups and used digital voice recorders in the cemetery at night to see if we could make contact with anything. Well, unexpectedly Liz and I did capture something that impressed our guide and amazed the rest of our group, including the skeptics. 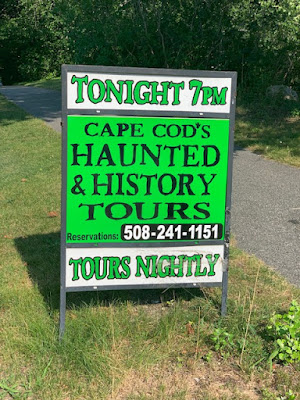 Derek Bartlett was our guide and he is excellent at what he does (and we're Facebook friends now!). He's been my guide on the tour in the past. Once we were in the cemetery as darkness descended, he told us about some of the people buried there as well as about some of the "hot spots" for ghostly activity. I felt drawn to the graves of two young sisters named Lucy and Sarah from the 1800s who were buried next to each other. There was a pinwheel in front of each of their graves. Liz and I spent some time there and asked various questions. It turned out that our time there was well spent because we got a clear answer to one of our questions! We didn't know that until a little later when it was time to play back our recordings to see if we got anything. Elizabeth had asked "Sarah, I see your pinwheel's spinning more. Are you here?" And there was an almost immediate, breathy reply: "Yeahhh." I have a copy of the recording on my phone and it's amazing! Everyone was blown away by it. It still gives me chills when I hear it!

This is from a library book about ghost-hunting that I checked out for Sam and I after this experience. 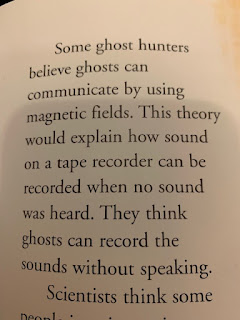 A week or so later, my mom and I brought Sam, John, and Rocco to the cemetery on a sunny Sunday afternoon. Sam and Rocco are into history and ghosts like Liz and I are and they did some investigating of their own. 😊 John was being a tease and called them "ghostbusters." 😆 I took the opportunity to get some good daytime photos of this historic (and now I know, haunted) cemetery and to write down the information about Lucy and Sarah from their graves so that we could do further research about them.

Sarah's grave is on the left, Lucy's is on the right. 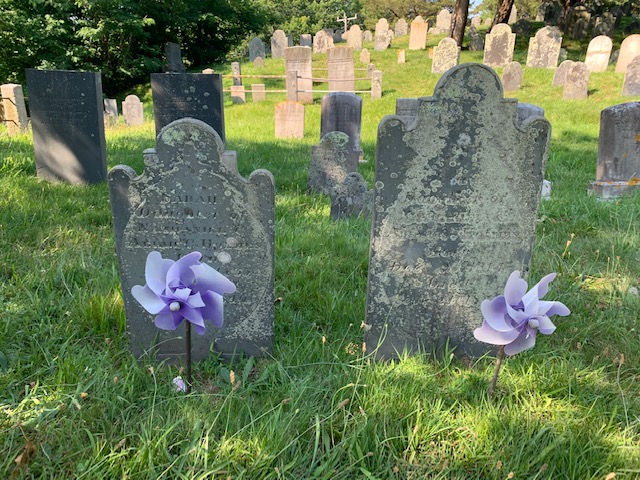 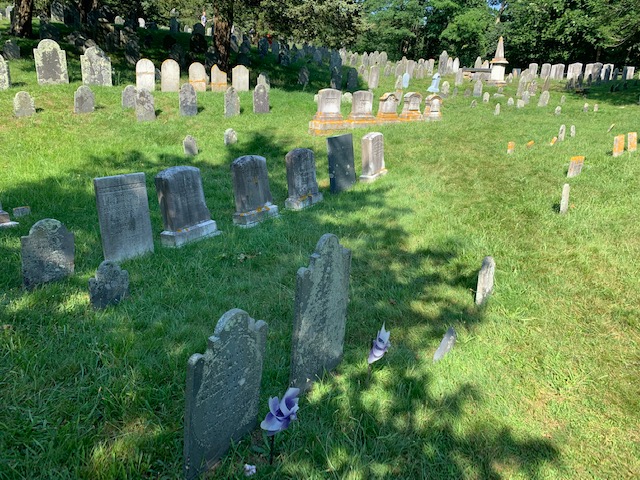 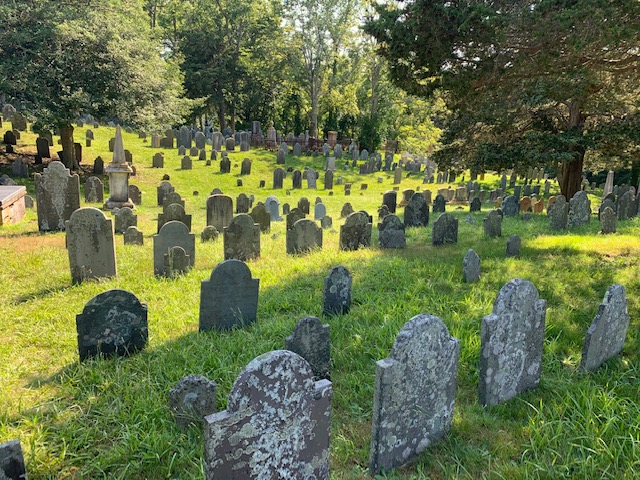 I would not want to live in that house! 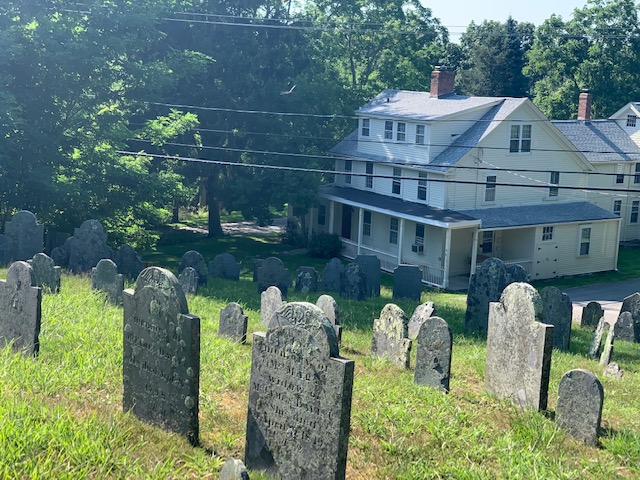 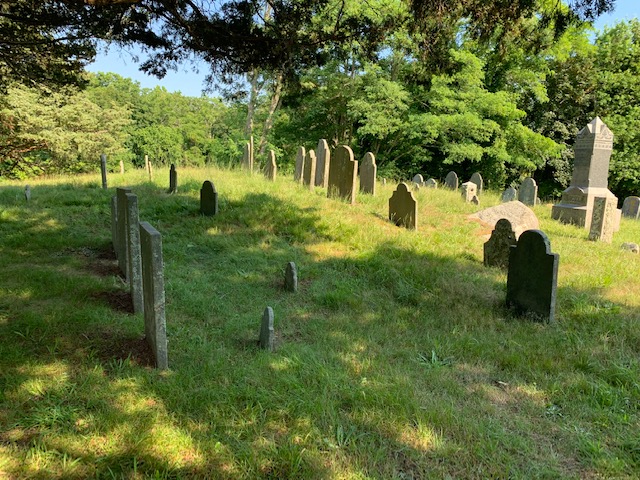 Can you see John and Sam? 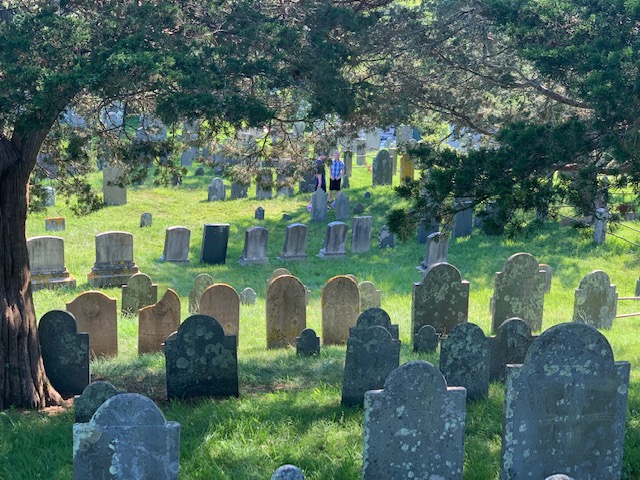 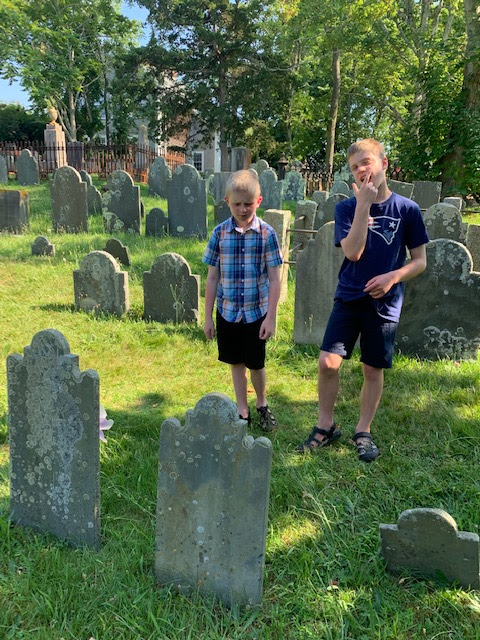 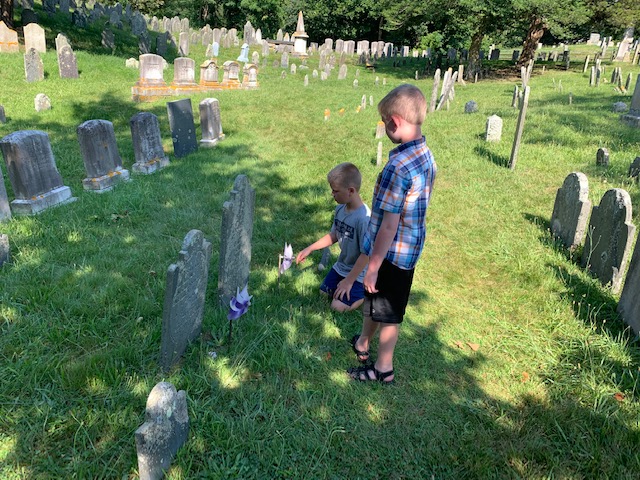 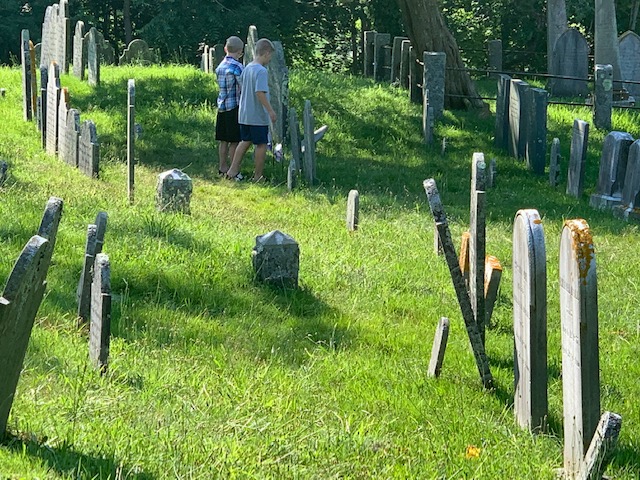 They were so cute. They took it seriously (as they should have!). 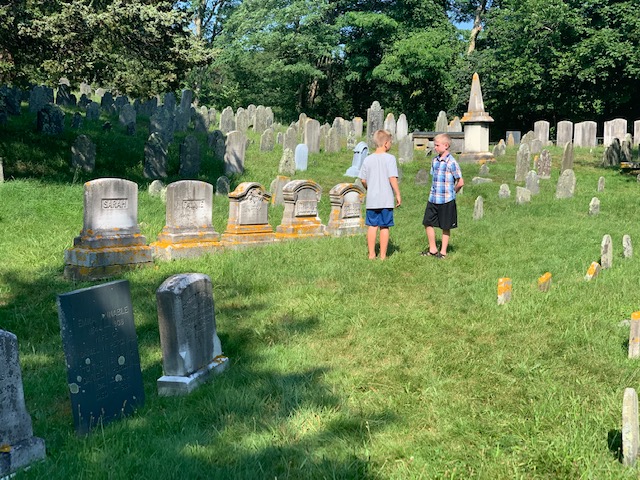 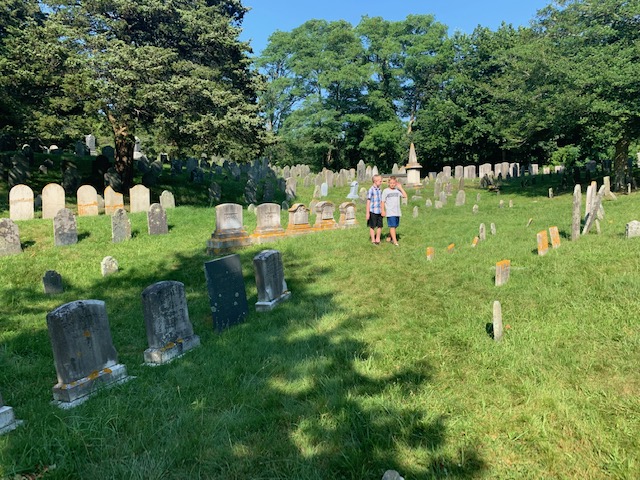 This gravestone was totally out of place with all the ancient ones around it. I wonder if the descendants of this woman had it replaced. I like the verse on it. Check out the part on the bottom about conversing with the spirits of the dead! 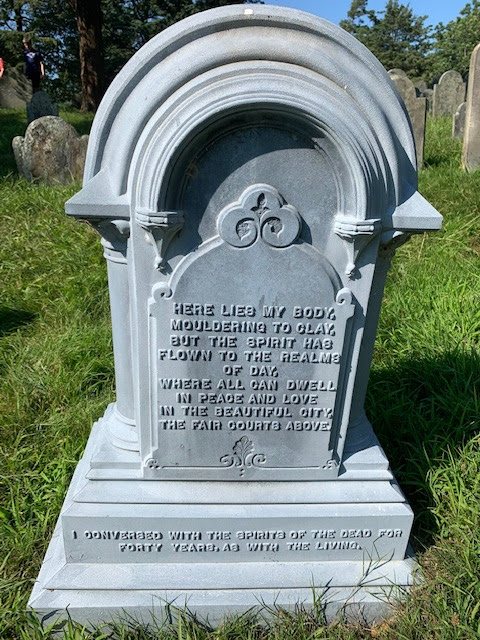 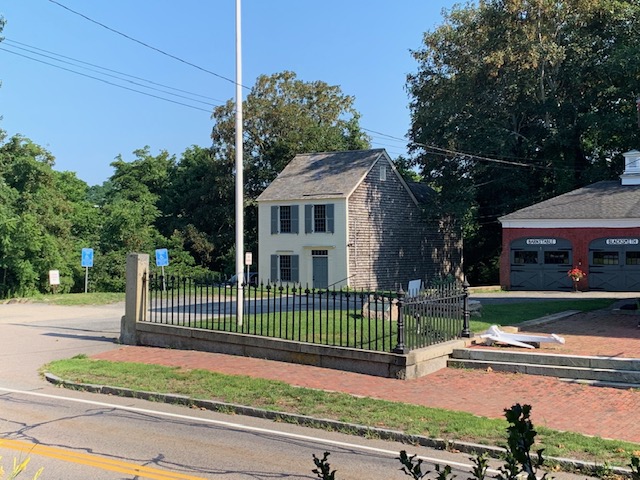 This is a historic old jail. It's haunted as heck, and I don't say that flippantly. I say that from personal experience. The tour ends there, when it's dark and especially creepy at night. When I did the tour years ago, I believe that I was literally touched by a spirit in this building on the back of my left arm. Its finger trailed quickly and lightly down almost to my elbow. I turned around thinking it was my sister Jennifer or my niece Hayley, who were standing a little bit behind me, but it hadn't been either of them. It wasn't my imagination, and it wasn't a bug. It was one of the strangest, scariest, coolest experiences I've ever had! 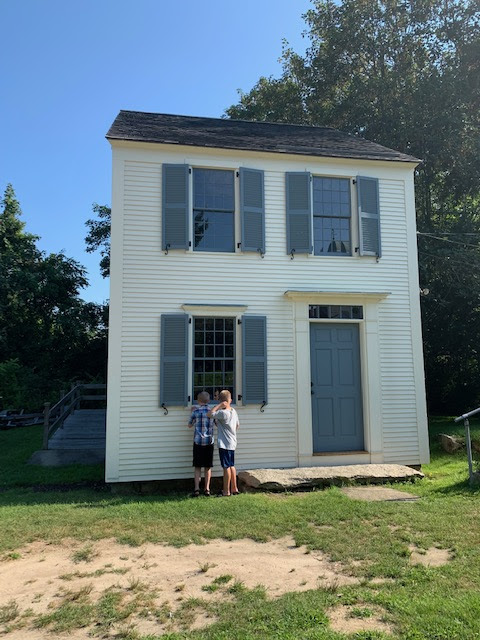 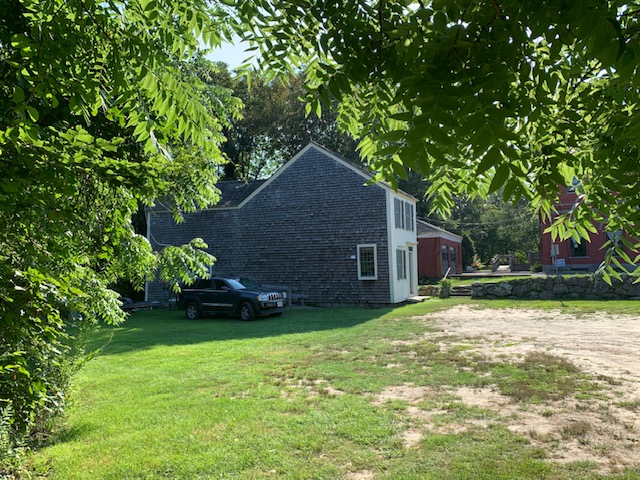 It turned out to be a good summer for ghostly experiences once again.
👻👻👻