New York City, We Have Arrived

We went on a fun four-day, four-night trip to New York City two days after Christmas last year and came home on New Year's Eve. NYC is my favorite city and I love being there. It had been years since I last went and it was good to be back. I came to know a lot of the city quite well before I had kids because I went into the city for professional editing classes at NYU every week when I was working in publishing. It was one of the most fun times of my life! I knew I'd finally made it in New York when 1), I had figured out the subway system and 2), when people would come up to me on the street asking for directions. 🙌 😊

Anyway, back to the present day (if you count ten months ago as the present day 🤣)...we drove down to the city (it's about a four-hour drive) and because Peter isn't an early bird we didn't get there until around dinner time. We checked into our mid-town hotel, ate dinner at a nice little Italian restaurant, and walked over to Rockefeller Center. 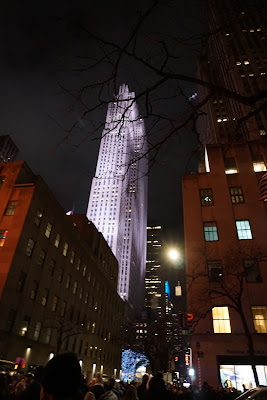 There were tons of people lined up on the street to see this holiday lights show on the front of Saks Fifth Avenue. 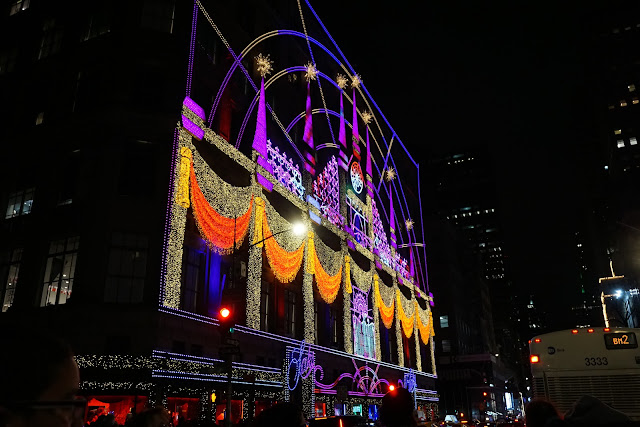 The Rockefeller Center Christmas tree. Not surprisingly it was even more beautiful and impressive in real life than it is on TV. 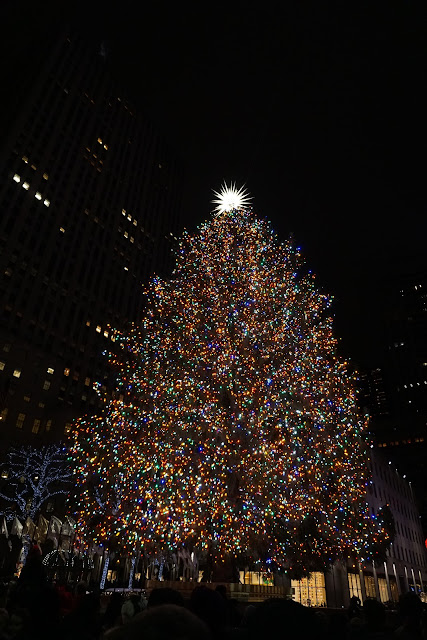 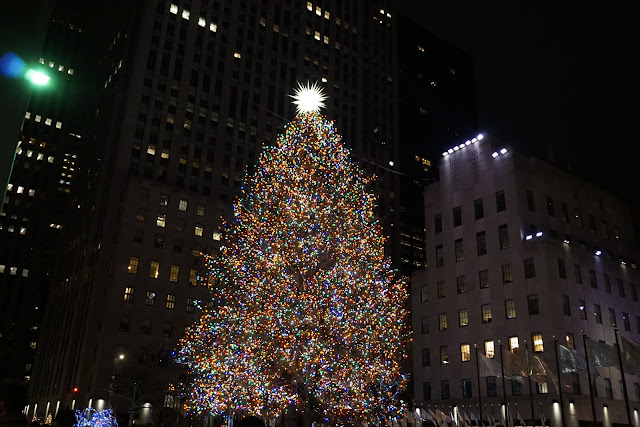 Selfie with the tree! 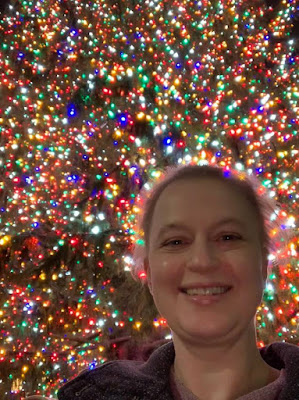 NBC News and The Today Show, of which I was once a fan but am no longer. Still cool to see it though. 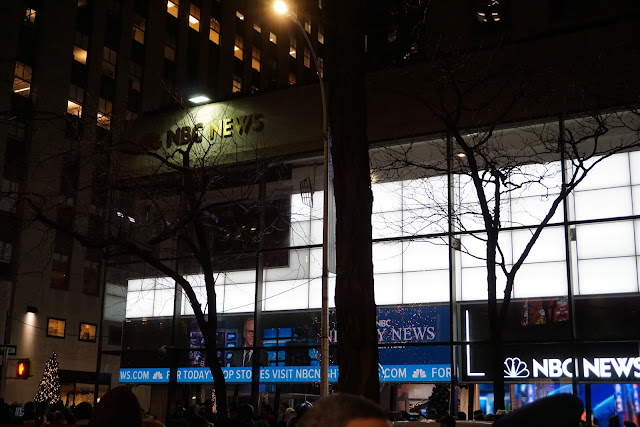 We stopped in at FAO Schwarz. It was very crowded. I miss the huge Toys R Us store in Times Square; it was better! 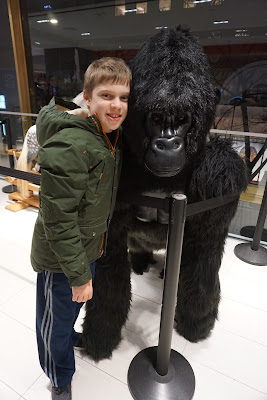 This was a weird but cute chair made from teddy bears. 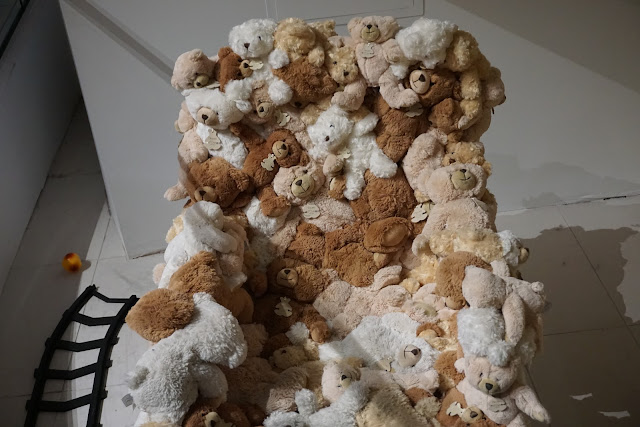 Going to the Top of the Rock at night was really fun. The views were amazing! It was neat to see NYC all lit up. And I liked how the Empire State Building was decked out in Christmas colors. 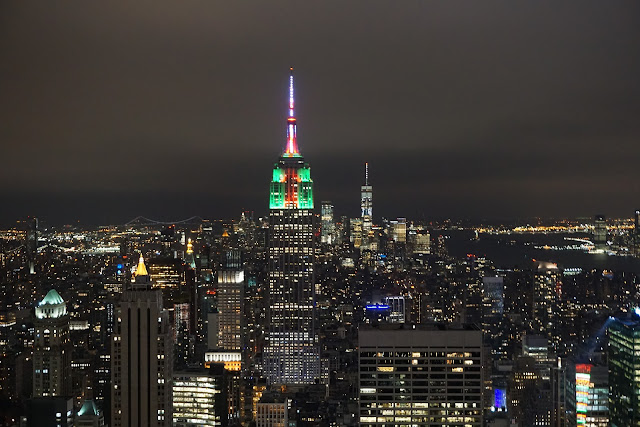 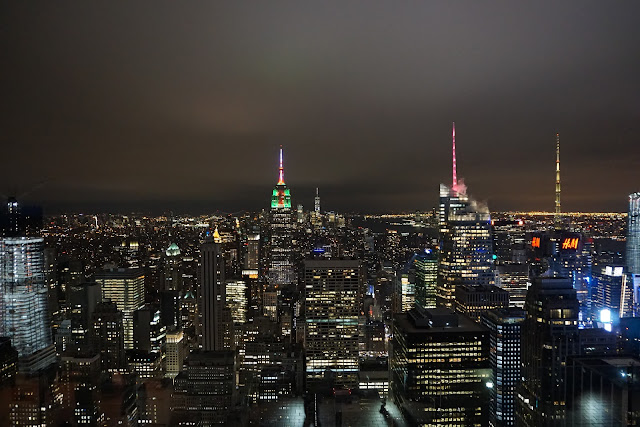 Back down on terra firma. We were all the way up there! I had hoped to miraculously run into Jimmy Fallon, but somehow that didn't happen. 😉 He's my favorite comedian and I hope to go to a taping of his show sometime. 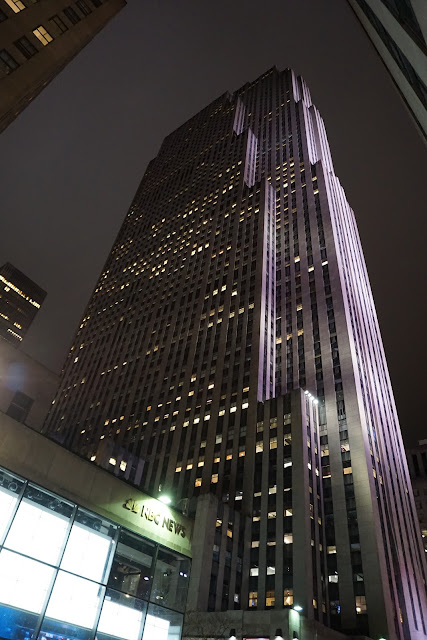 It was a fun first night in New York. Tomorrow's post will be about our very rainy, very crowded, very wet day in the city with one big shiny bright spot at the end of it!