1. My best discovery from the last week is these delicious Chocolate Mousse Pumpkins from Trader Joe's. I was blown away by how good these were; they far exceeded my expectations! It's probably a good thing that my nearest Trader Joe's isn't very near, or these might become a problem for me. 😋 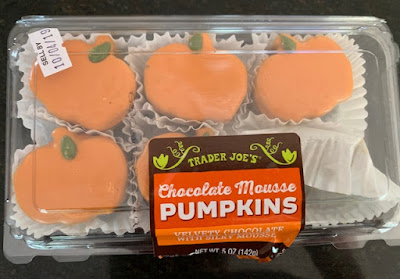 2. My best purchase this week was this pretty "cascading hydrangeas" shirt from Talbot's which happened to be on sale when I went to buy it. 😀 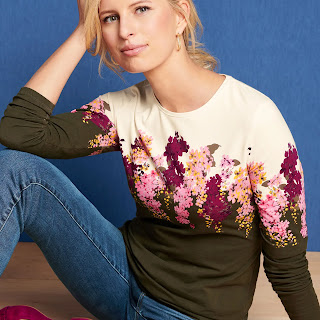 3. My most interesting discovery this week happened when I randomly checked my stats on the blog and saw that there had been over 1500 pageviews from Asia on September 25th. This was waaaaay more than normal! I couldn't figure out what drew so many people to the blog from Thailand and Malaysia on that particular day. My posts around that time were about Sam the babydoll ninja and "October Roses Redux." ?? It's a mystery to me. But not an unwelcome one (unless it was for nefarious purposes!). 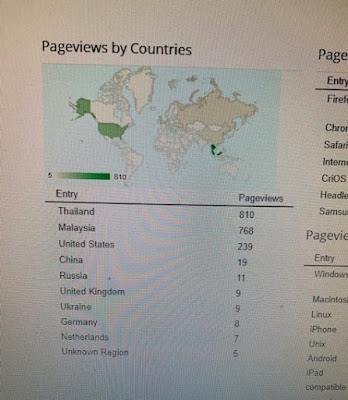 4. The most clever thing I came up with this week is a nickname that I'm personally quite proud of coming up with. I took a page out of President Trump's book and gave him the nickname of "Teflon Trump" in the midst of all this impeachment craziness. So far things haven't stuck to him and he's been fine, things that you would think would have sunk him. Will this conversation with the Ukraine be the thing to do it? If I had to guess, I'd say no, but I know that there are a lot of people in power intent on making it happen. I personally don't think it's a big deal and I don't think it's an impeachable offense and I definitely don't think it's worth the even greater political divide it would cause in the country. He needs to do better about doing things the "right" way but this just doesn't bother me that much. People who potentially did corrupt things (Biden and his son) should be investigated, just like Trump is being investigated. What's wrong with asking for someone to look into that, even if you're the President? I don't think he was withholding aid based on that. I still support Trump because I like a lot of what he's doing for the country, and that he does what he says he'll do. We'll see if "Teflon Trump" can weather this storm (speaking of storms, just like he did the "Stormy Daniels" mess).

5. My best vision for myself this fall comes from this picture on the cover of the Victorian Trading Co. catalog.

I want to go for some nice walks this fall and peacefully enjoy the foliage. I'm fine with wearing a dress like that too, but not the hat. 😏

This weekend I'm looking forward to watching General Conference, making pumpkin chocolate chip cookies, decorating the house for Halloween, taking a relaxing bath in the jacuzzi, making a (hopefully) delicious beef stew in the crockpot for Sunday dinner, and reading a book (The Turn of the Screw by Henry James).
Have a great weekend!